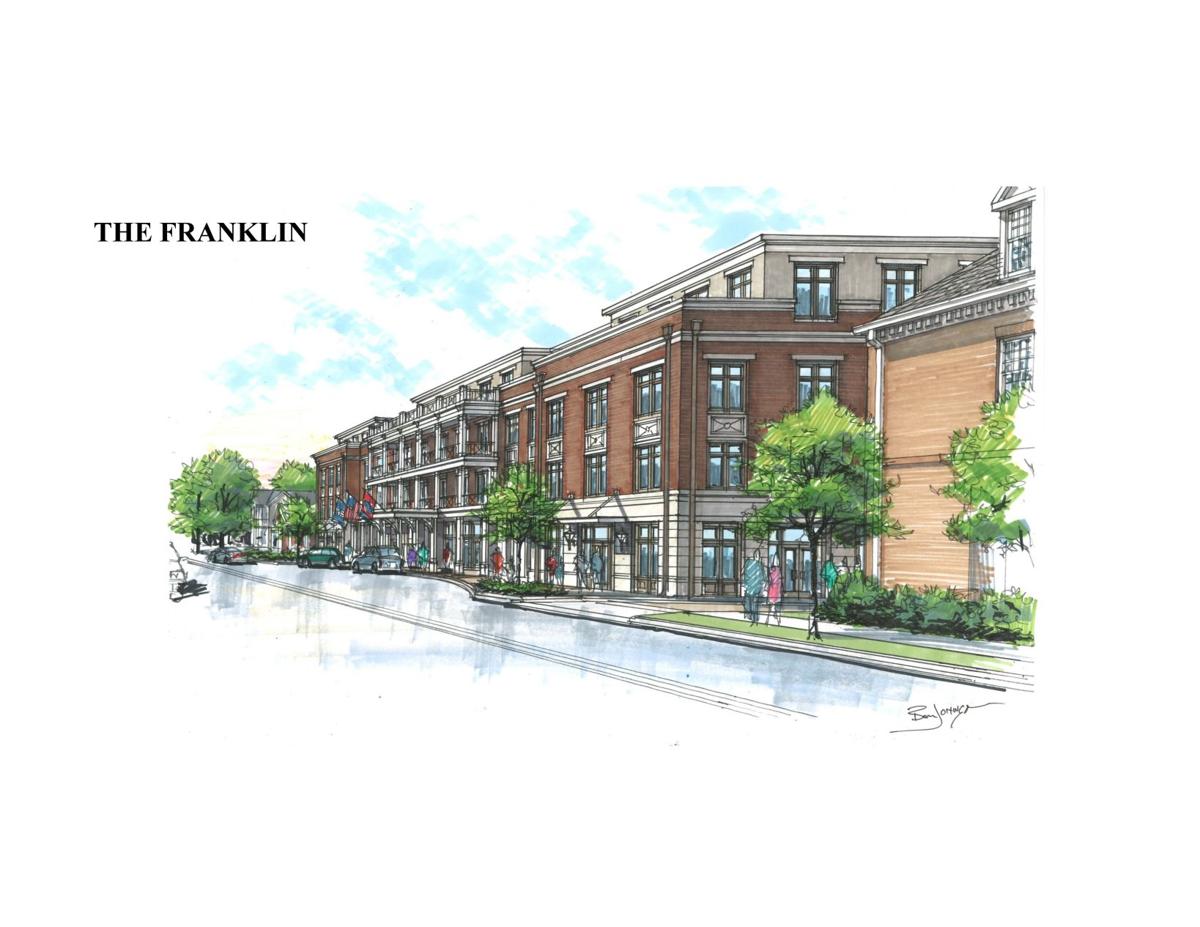 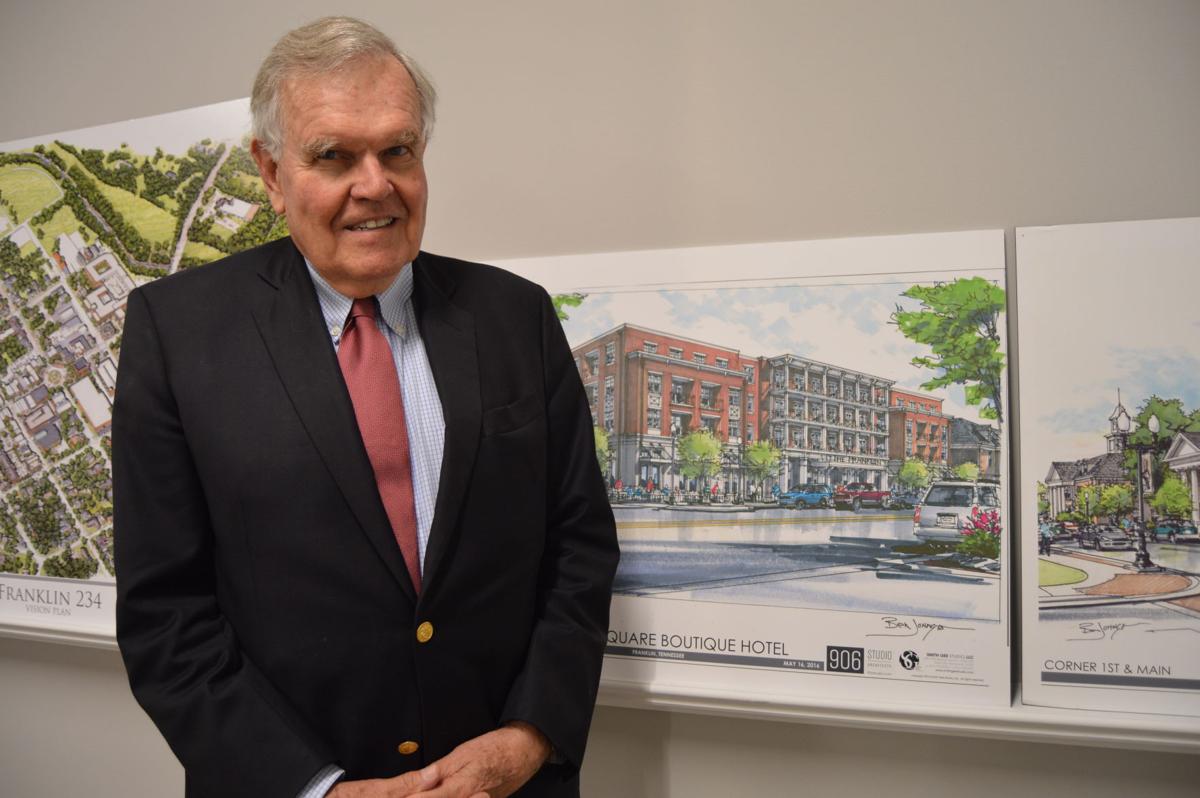 Investor Rod Heller is spearheading the Harpeth Square project which will change the face of Downtown Franklin. 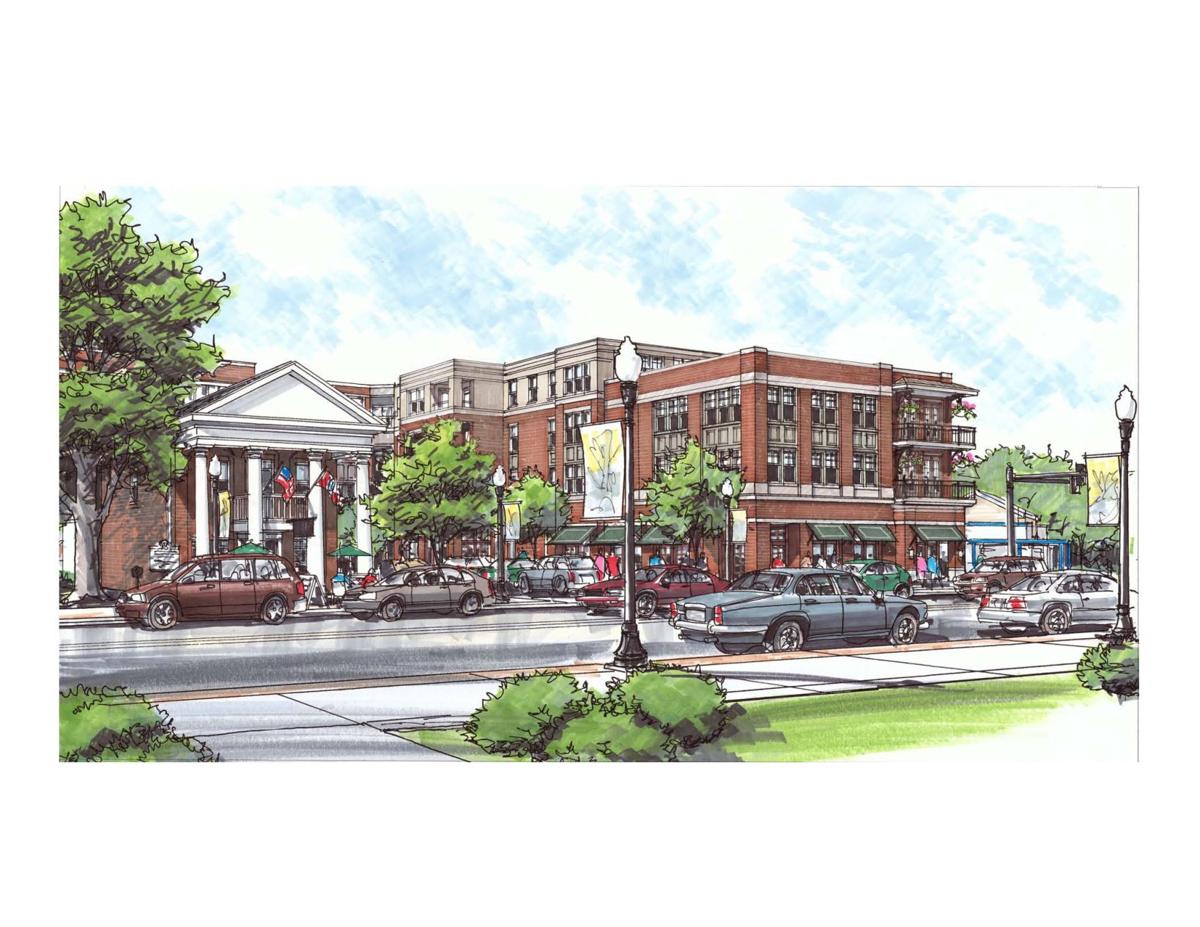 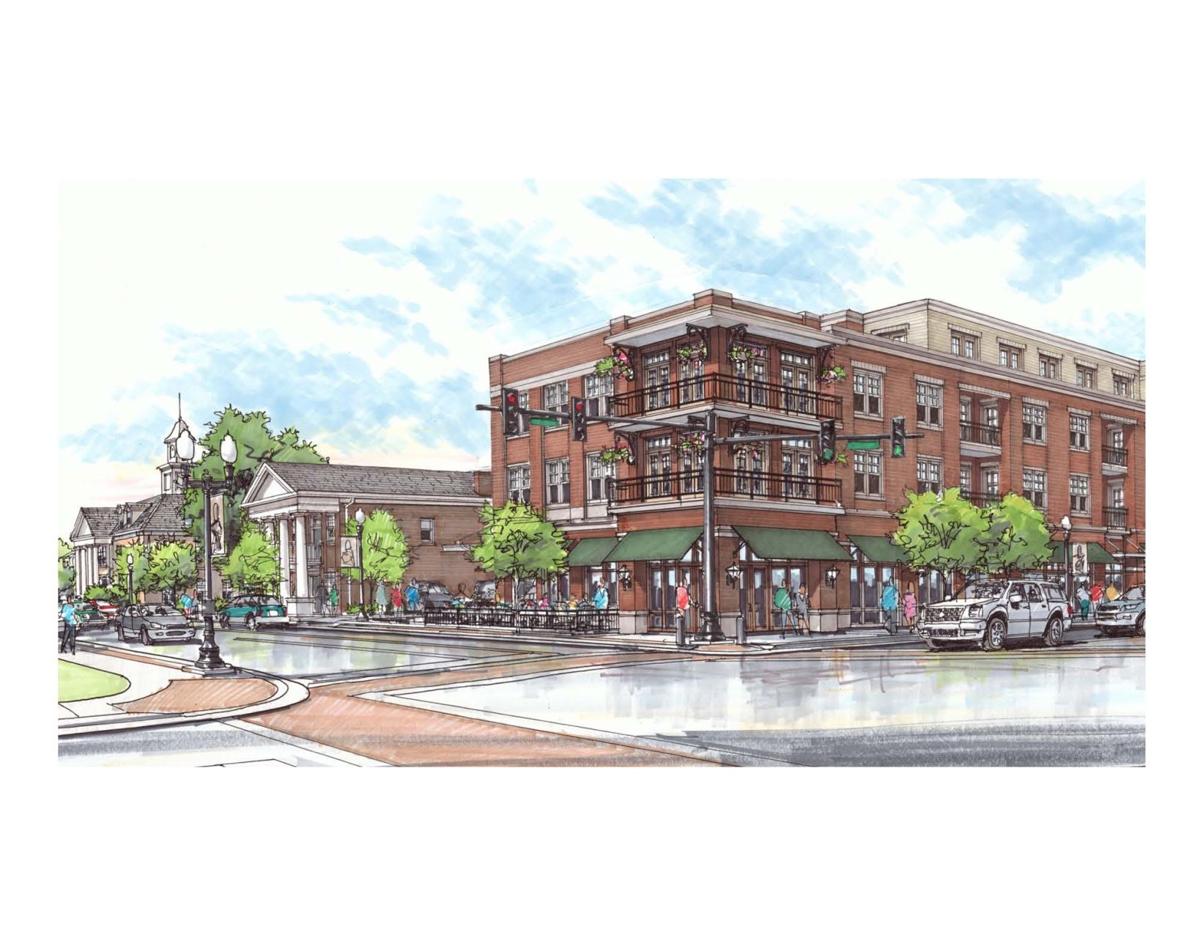 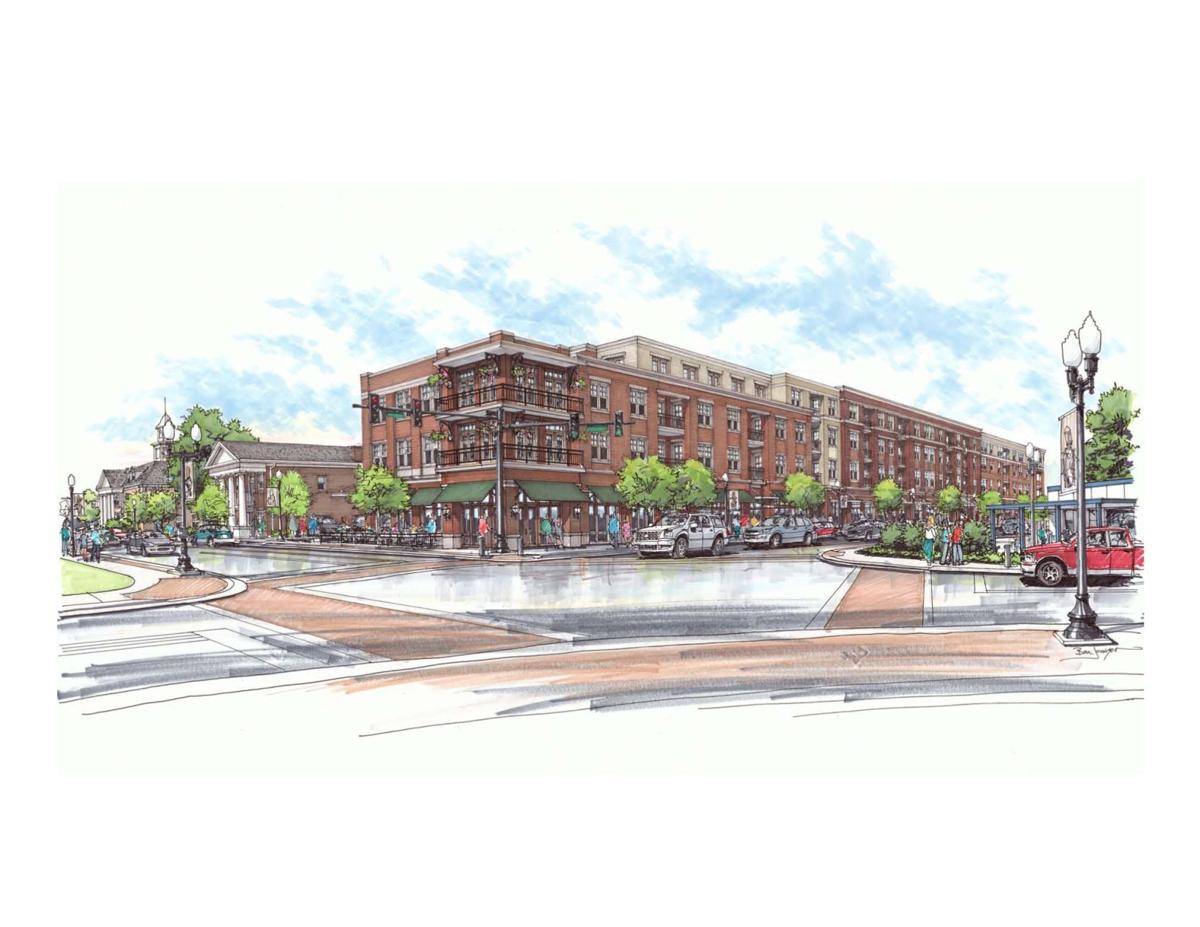 Investor Rod Heller is spearheading the Harpeth Square project which will change the face of Downtown Franklin.

The long-awaited Harpeth Square project represents a long-lasting, legacy-in-the-making as the future iconic mixed-use structure in downtown Franklin, which will eventually become a destination for visitors, natives and residence for those who love the amenities of downtown – quaint shops, walkability and the Harpeth River.

According to first time developer of the project and long-time investor, J. Roderick Heller III, Chairman and CEO of Harpeth Associates, the project will fulfill the vision of Franklin and create a place for his grandchildren and future generations to enjoy.

“We had an obligation to fulfill the vision of Franklin as an artistic center in Middle Tennessee,” said Heller, who called the project and investment in Franklin. “It will include a high-end hotel, apartments and retail space.”

Harpeth Associates released its plan for the proposed project Friday. The mixed-use plans include the construction of a 115 key four diamond plus high-end Curio Hilton hotel with a Michelin chef-led restaurant, 150 apartment homes, 596-space, four-story parking garage, almost 15,000 square feet of retail space, including an additional restaurant, and 3,606 square feet of office space.

The hotel would be managed by partner Atlanta-based Valor Hospitality Partners led by Euan McGlashan, developer of Cape Grace Hotel in Cape Town, Africa, which has been for many years Conde Nast’s best hotel in the world.

The Harpeth Square plan also includes continued operation and possible future development of two buildings, the Landmark Bank building, headquarters of Harpeth Associates, at the corner of Second and Main Street and 121 2nd Ave., former Franklin home of the Williamson A.M. section of the Tennessean.

“We are pleased with the progress of the project and anticipate commencement of construction in January 2017, with hotel and parking garage operations in the late Spring of 2018,” said Heller.

“This is a complex project with many moving parts, but, with our outstanding internal team and external advisors, we expect to obtain, over the next several months, final city approvals and complete financing.

As part of the announcement, Heller noted that Harpeth has already begun taking reservations for the apartment homes, which will offer high-end 71 two-bedroom units, 65 one-bedroom units and 14 three-bedroom units for approximately $2,100 to almost $2,500 a month.

The apartments will be built using concrete and offer spaciousness with 10-foot ceilings and 6-foot corridors.

“It’s a project people would be proud of, and we have built this for the long-term,” Heller said.

“Our apartments are nestled against the Harpeth River, and have outstanding views,” said Steven Bacon, Chief Operations Officer of Harpeth Associates.

“Designed for potential condo conversion, with operations integrated with the hotel, permitting room, maid and other services for apartment residences. Two Franklin residents made advance reservations with deposits, so we decided to launch a more formal program on a first come first serve basis. Anyone wanting a high end workable home in downtown Franklin should consider our project.”

Living in a mixed-use residential premise is not for everyone as some people might not like the idea of living in a busy district where noise and traffic pollution derives from retail outlets, self storage, and other types of businesses. Other people, like myself, appreciate having amenities right at the comfort of my doorstep.