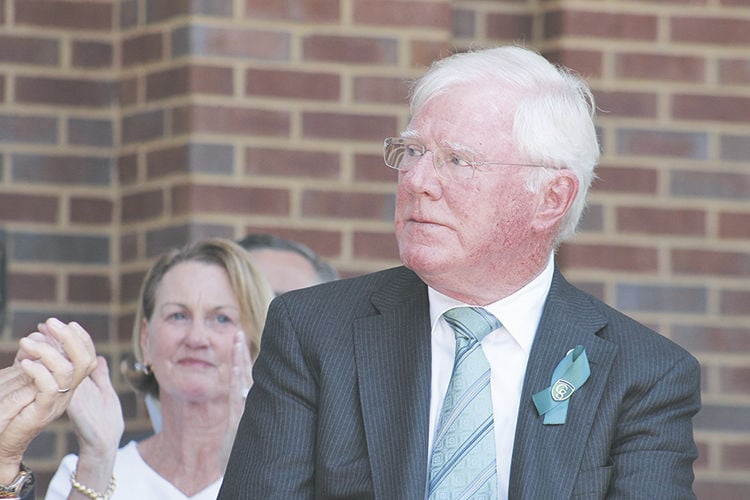 A very moved Charles Sargent with his wife, Nancy, as a building is dedicated in his name at Columbia State Community College. 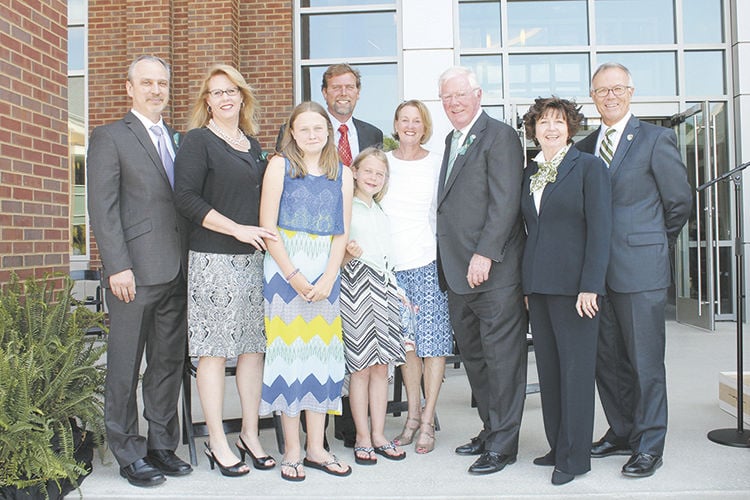 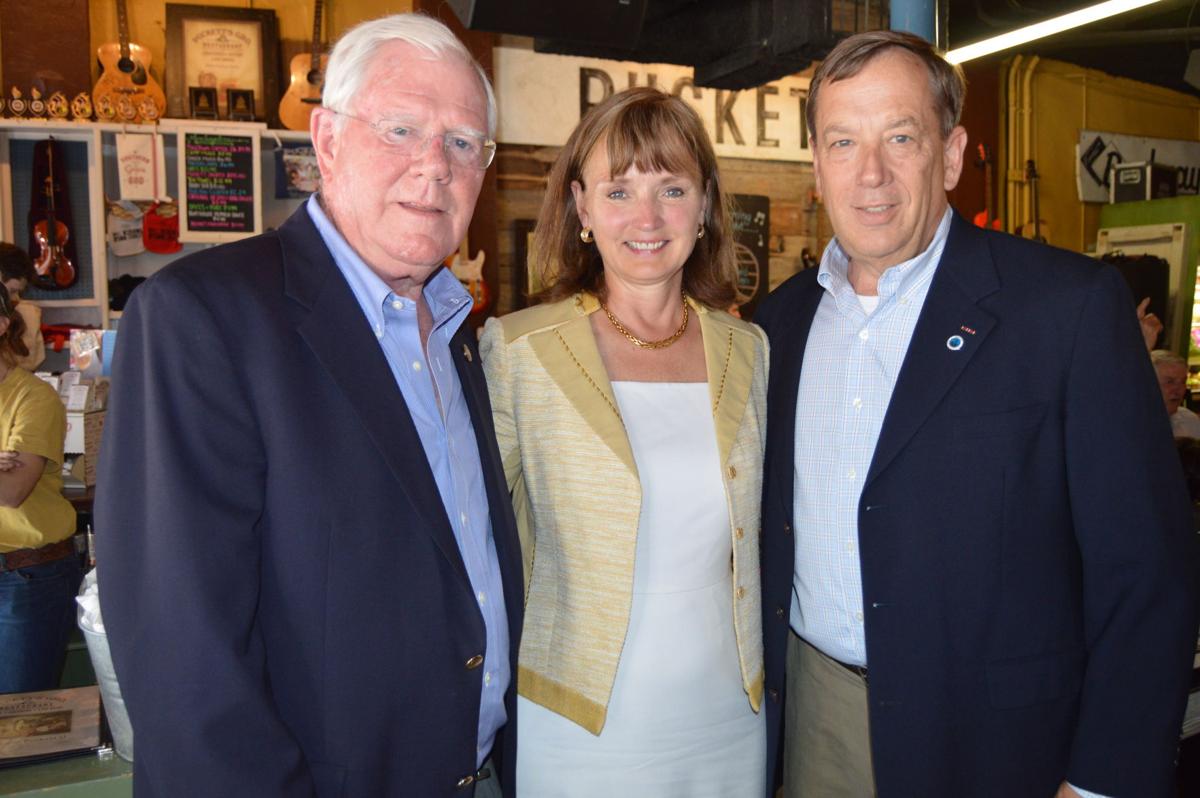 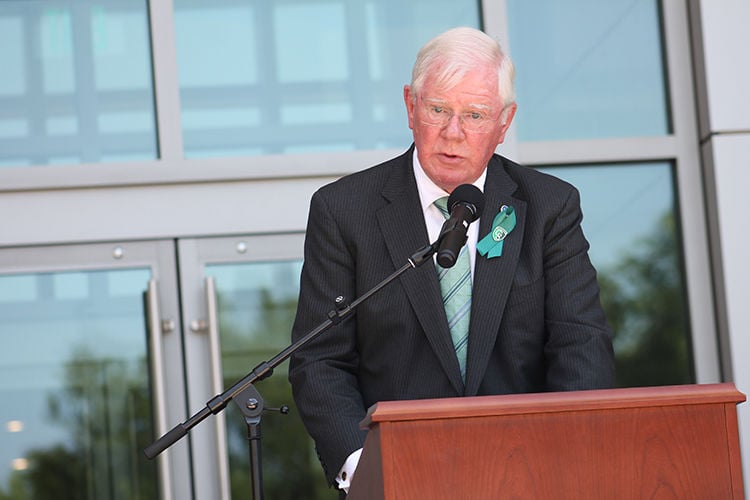 The Humanities Building at CSCC was named as the Charles M. Sargent Building in honor of Sargent’s undying support of the college from its conception to completion of Phase I of the Williamson campus. Sargent gave heartfelt thanks for the building dedication. 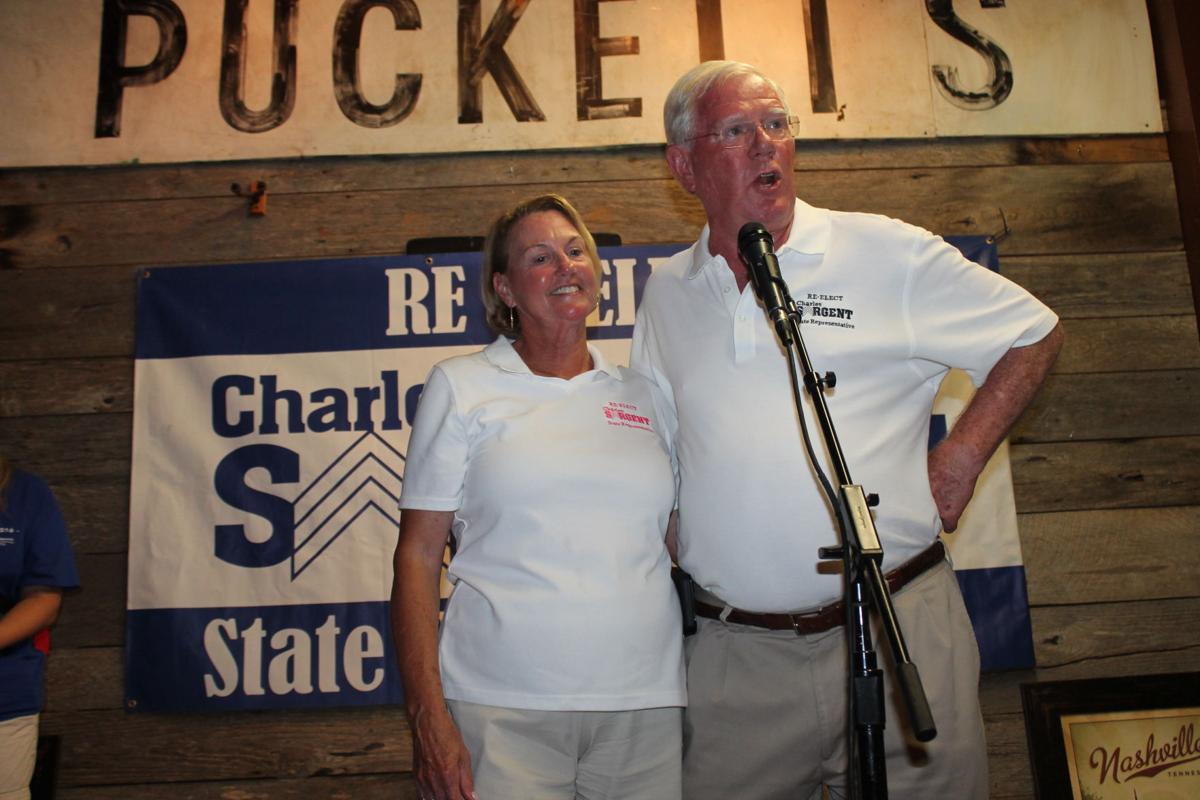 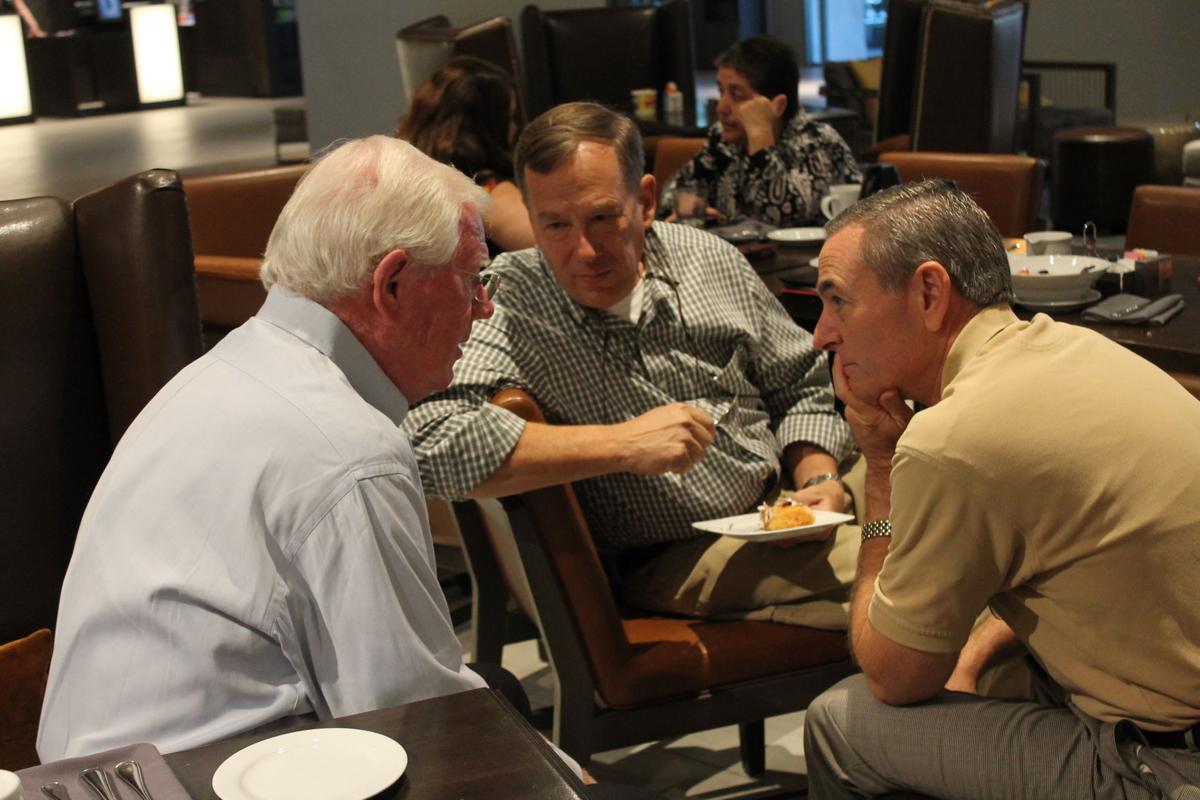 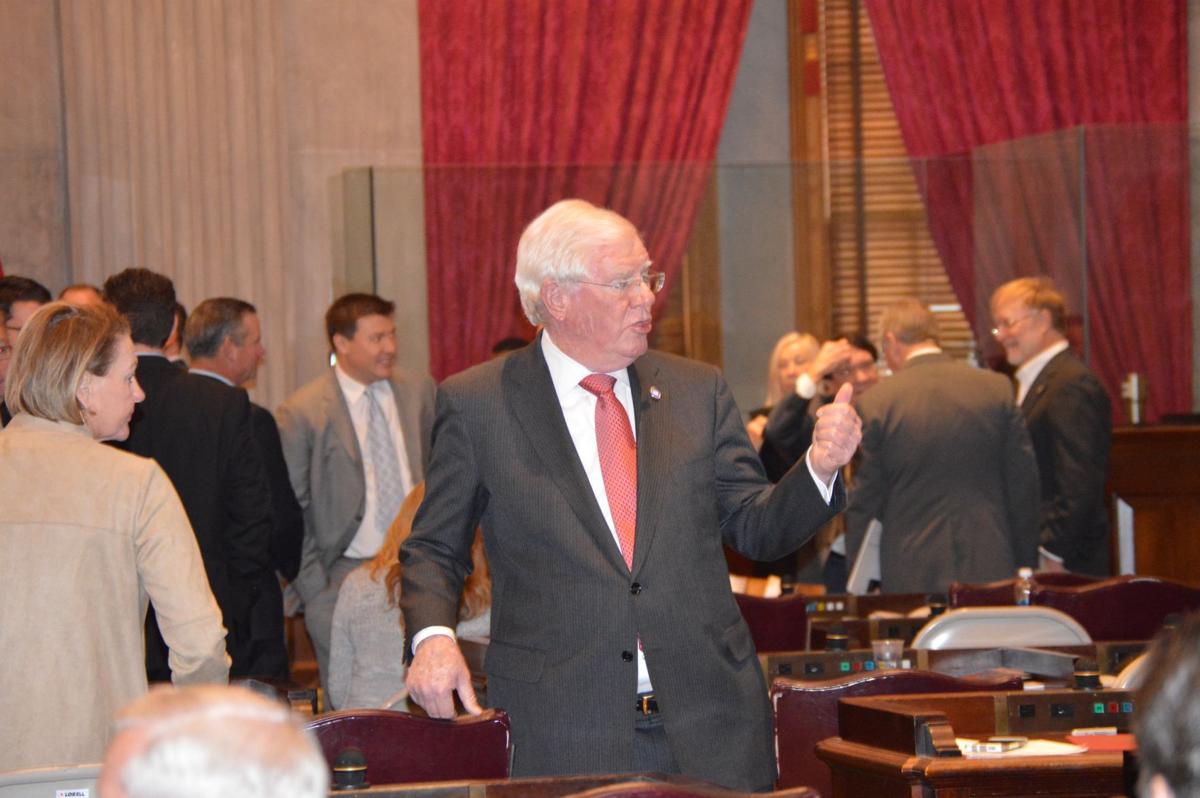 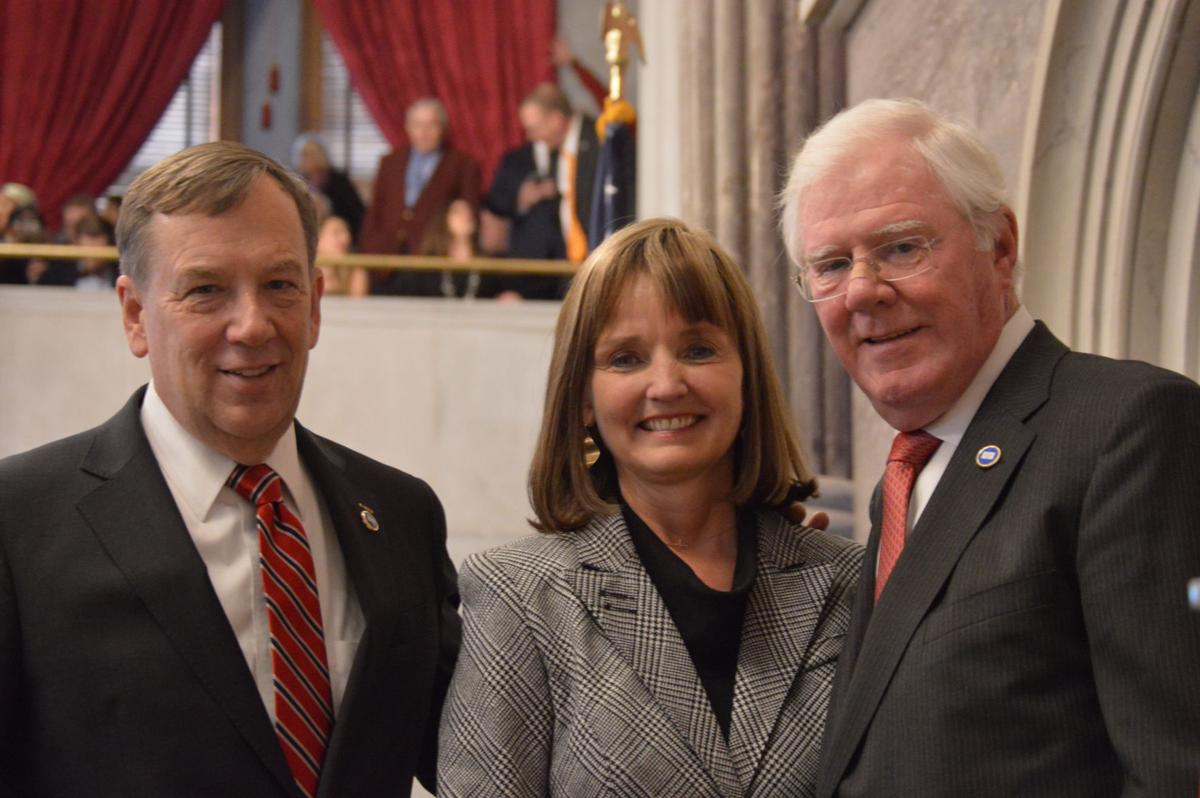 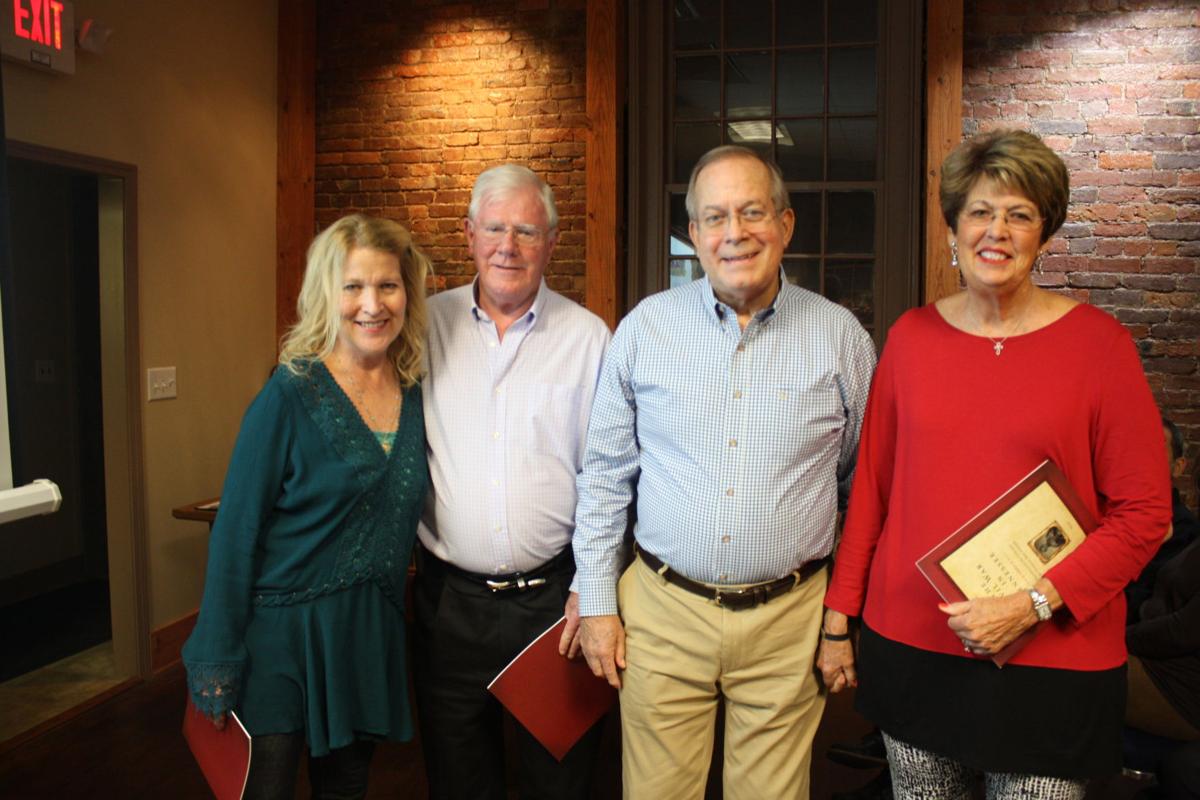 A very moved Charles Sargent with his wife, Nancy, as a building is dedicated in his name at Columbia State Community College.

The Humanities Building at CSCC was named as the Charles M. Sargent Building in honor of Sargent’s undying support of the college from its conception to completion of Phase I of the Williamson campus. Sargent gave heartfelt thanks for the building dedication.

"It has been my honor and pleasure to serve the citizens of the 61st District for the last 21 years,” Sargent said. “I would not trade that experience but circumstances change.”

Due to recent circumstances, Sargent’s health has become his top priority.

"I have dealt with skin cancer on and off for many years,” he said. “I have recently been diagnosed with a related condition that requires my attention. My health is the most important matter right now. I want to focus on my health, my wife Nancy, and our children and grandchildren.”

However, Sargent stated that this is not the end of his community involvement.

"I think I still have a lot to offer to Williamson County and the State of Tennessee, just not in the House of Representatives," he said. "I am confident that different opportunities and challenges will present themselves.''

Sargent reflected on some of the changes he has seen during his 22 years serving in the House.

"I am proud of the work we did to move Columbia State to its new Williamson campus, as well as fighting to increase school funding for Williamson County," he said.

Sargent also pointed to the work accomplished on improving Franklin Road through a recent widening project and extending the Mack Hatcher northwest bypass.

"I have known Charles and Nancy a long time,” Anderson said.

“Charles is a great friend. He represented the 61st District with distinction, but all of Williamson County benefitted from Charles' representation," Anderson said. "We won't let him get too comfortable before we find something for him to do. We have to make sure he doesn't drive Nancy crazy.”

Longtime friend and colleague Franklin Alderman at Large Brandy Blanton said Sargent’s selfless leadership is one that should be embodied.

“It’s never about him,” Blanton said. “He is happy to give credit to someone else. He makes decisions that benefit everybody. He is always accessible to constituents, is gracious and generous, and he has taught me the ropes of being an elected official.

“Also, Charles and Nancy have always been intentionally involved in our community. They always show up and offer their support.”

According to Sargent, his involvement in the community and politics all started when he founded the Grassland Athletic Association in the 1980s. He also once served as president of the Grassland Parent and Teacher Organization.

He remembers Anderson and him moving dirt to create a ball field in the early days.

“We picked up rocks and used Bob Ring’s grader to clear the land for the field. Back then, you didn’t build fields with schools,” Sargent said. “You just did what needed to be done. Back then, I never dreamed I would be in the state legislature.”

Sargent first served on the Williamson County Board of Commissioners in 1990 before being elected into the House, serving on multiple committees including chairman of the Finance Ways and Means Committee for the past seven years.

Reflecting back on his political career, Sargent said what has motivated him all these years “is the kids.”

“I haven’t really thought about it until now, but my motivations have always resided in helping the children of this county, to make it a better place for our grandchildren and the future generations," he said. “If you improve a child’s life, you improve a community.

“Education is the biggest economic developer in this county. Now, children can get a superior education, and when they graduate from college, they can come back home to work and find a great job in many different industries such as the health care sector or the Nissans of the world and have a high quality of life.”

Sargent’s fingerprints on education can be seen in his dedicated work to ensure the betterment of the educational institutions in his district. He worked tirelessly to secure funding for the Columbia State Community College Williamson campus and has worked to secure additional funds for the Williamson County Schools district and Franklin Special School District as well as others around Tennessee through Basic Educational Plan (BEP) funding.

A native of New York City, which some can still identify through remnants of an accent in his speech, he has made the South his home for 40 years.

He said when he first moved to the Nashville area “you couldn’t even buy a bagel,” now the “It City” has grown up as well as his home of Williamson County.

Sargent said his love for Williamson County has propelled his passion in the legislature to maintain the quality of life he found himself and to secure that way of life for all who also call it home.

A state budget mastermind, Sargent has served as chairman of the Finance Ways and Means Committee for the past seven years. He has been instrumental in eliminating the state inheritance tax and the Hall tax, incrementally. The Humanities building at Columbia State Community College Williamson was named in his honor for his unwavering commitment to secure the funding to erect the campus and even to secure its location on Liberty Pike.

Sargent thanked the voters of the 61st District for electing him 11 times over the past 22 years in the legislature.

''This is a great place to live and I have met so many wonderful people," he said. "I truly appreciate the people of the District and the trust they have shown in me."

"The firm has backed me, helped me and advised me since my first election for county commission in 1990," he said. "I appreciate them and everyone who helped with my campaigns every two years. I can't believe it has been that long."