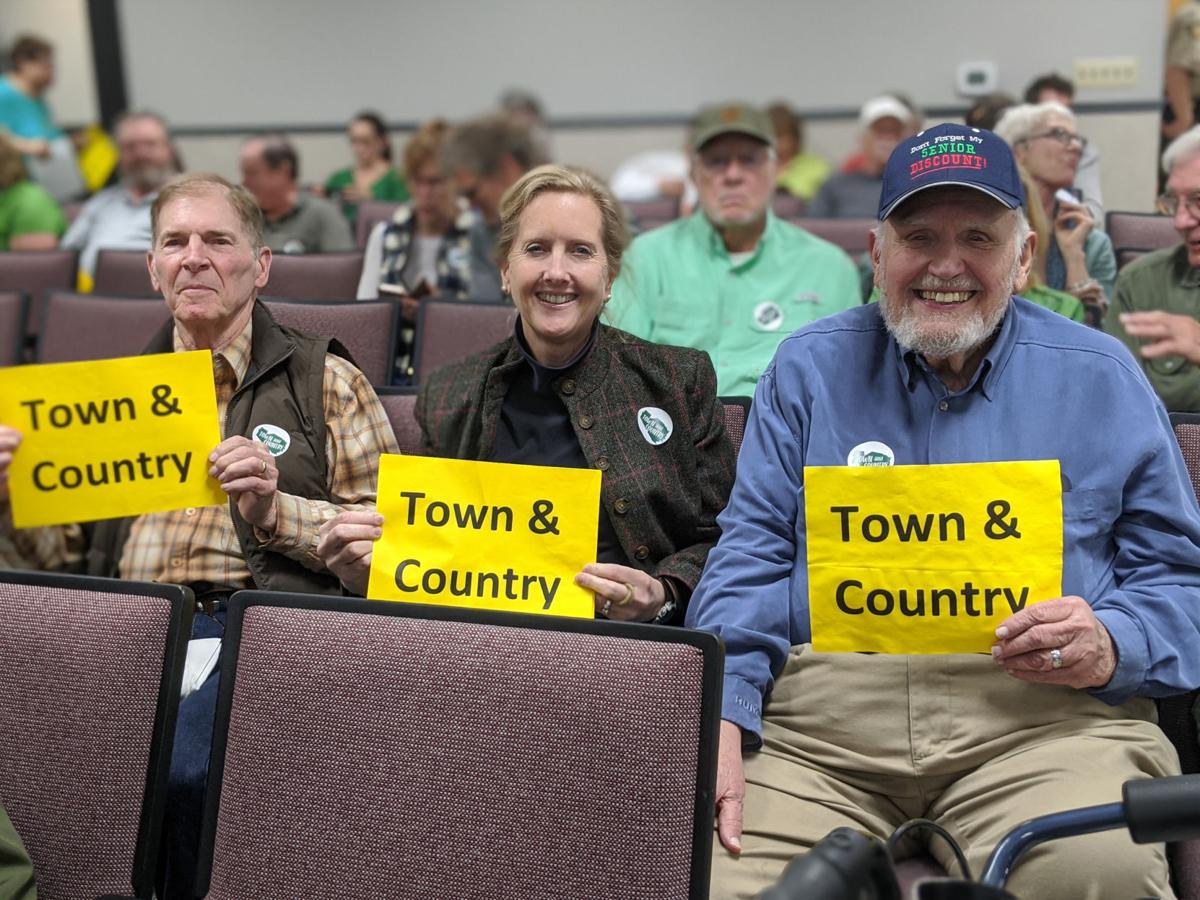 The Williamson County Regional Planning Commission passed the new draft of the Comprehensive Land Use Plan 8-2. 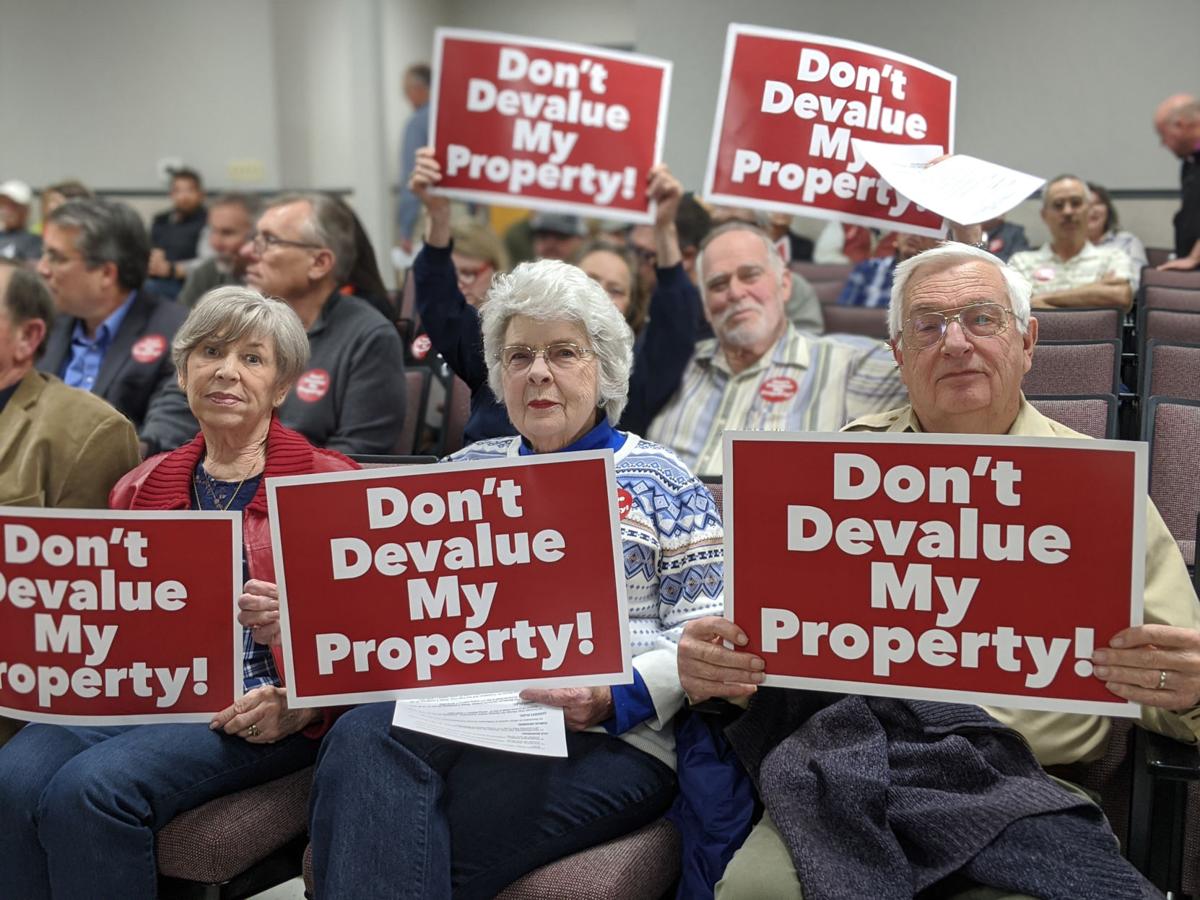 A total of 35 citizens spoke at the meeting to share their opinions on the plan.

The Williamson County Regional Planning Commission passed the new draft of the Comprehensive Land Use Plan 8-2.

A total of 35 citizens spoke at the meeting to share their opinions on the plan.

After the Williamson County Commission voted to endorse the new draft of the county’s Comprehensive Land Use Plan, which recommends a near countywide zoning of one unit per 5 acres, down from one unit per acre in much of the eastern portion of the county, the Williamson County Regional Planning Commission voted to officially adopt the plan Thursday.

At the start of the meeting, the commission moved to allow each public speaker a minute and a half to speak within an hour-long citizen communication time slot, extended from its normal 30-minute policy.

The commission heard a number of opinions on the drafted plan. Some citizens felt the plan progressed too quickly and that those who would be affected by it were not adequately notified. Others said those who didn’t know should have been paying more attention.

Mike Matteson, Williamson County planning director, said while landowners living in one-unit-per-acre zones were not notified directly by mail or signage, they would be for changes in zoning, which would be discussed following the adoption of the plan.

Mike Stewart, a citizen living on a second-century farm in the county, explained he believed the eastern side of the county should be treated like the rest and have the same general zoning. However, others showed concern that a general down-zoning of land would increase housing prices, reducing the opportunity for affordable housing in the unincorporated county.

“Your plan states that you desire high-quality growth. This exclusionary voting allows only more expensive, low-density housing and keeps out the smaller, less expensive homes,” citizen Rebecca Pullee said. “You should just cease talking about affordable housing for the teachers, the firemen, the policemen, the office and the healthcare workers.”

Additionally, some landowners said their property values would substantially decrease as a result of down-zoning. Mosely Robert said his 383-acre property would lose at least $5 million in value according to a private appraiser he hired. Another citizen mentioned her and her husband’s retirement depends on the value of their land and wants the county to consider placing an expiration date on down-zoning to restore property values after a certain amount of time.

Kathy Weber said property rights have always been limited to an extent, and this plan is a reasonable constraint.

“I, like others who support this plan, believe that the landowners have the right to use their property as they see fit, but this right has always been constrained by reasonable limits set by local government in the public interest, which, in effect, protects the rights of neighbors to enjoy the property,” she said.

Still, others believed more variety in zoning should be explored.

When public comments came to a close, planning commissioner Eddie Sanders made a motion to “not vote for the plan at this time” because he said the document was incomplete. Commissioner Keith McCord echoed this, saying recommendations for future planning, such as the collaboration with municipalities and the grandfathering process for family farms discussed in previous meetings, should be worked out before the adoption of the plan.

“If we adopt this plan, then we’re going to leave out the blanks, fill in the blanks later, is the way I kind of perceived it,” Sanders said.

Several other commissioners explained the plan represents a vision that can be tweaked and detailed through zoning and other official changes. Commissioner Beth Lothers explained she wants to have more conversations with different landowners following the adoption of the plan.

“I want to be fair-minded, while I also want us to do our job, which is plan for the future and the infrastructure this county requires of us,” she said. “Passing the ball might feel good tonight, but you’re creating more challenges ahead.”

The commission passed the plan 8-2.

For more information about the comprehensive land use plan, visit williamson2040.com.

This is a great victory for Williamson County. This increases the value of the entire county. The cries of “Don’t devalue my property” miss the fact tfat the entire county and future generations benefit enormously from this measure. The financial claims are dubious anyway. There are premiums for large contiguous lots and farms. I believe that those claims by large landowners were cynically coopted by the realtors’ association. The citizens are overwhelmingly in favor of town & country, and this day will be remembered and appreciated by future generations by what we have preserved for them.

Here were my comments from last night's public hearing.

Land owners have a right to use their property as they see fit, but this right has ALWAYS been constrained by reasonable limits set by local government in the public interest which, in effect, protects the rights of neighbors to enjoy their property. In this case, the Town and Country option represents such a reasonable and necessary limit. The residents of the county can enjoy the benefits of growth while limiting the negative impact of unmanaged growth, especially given the light tax burden and investment that the county residents make in public infrastructure compared to other US counties with similar growth. Quality not quantity. Poor planning and management =poor quality of life.