The Williamson County Board of Commissioners approved its “status-quo” budget for the 2020-2021 fiscal year on Monday, maintaining the current tax rates and proposing no departmental budget increases except for those which account for school growth.

Williamson County Mayor Rogers Anderson shared his confidence that this “very conservative budget” and “strong fund balances” will help the county get through the year but not without potential hiccups.

“We’re not out of the woods, but we feel very comfortable in presenting this budget to you this year,” Anderson said, sharing that the county still has to consider the potentiality of a vaccine or other COVID-19 remedy down the road.

District 10 Commissioner Robbie Beal proposed two amendments, one to cut the Williamson County Sheriff’s Office budget by $250,000, noting the department’s request for vehicles, and another to cut the Williamson County School District capital requests budget by $750,000, noting the district’s request for bleacher and vehicle replacements.

“It’s not because I’m trying to defund the police or defund education or anything like this,” Beal said. “This is a drop in the bucket to both of their budgets, but I think we have to at least take into consideration the realities of our time and look into seeing where we can reduce. These are our two biggest budget items.”

Anderson said the budget committee would not have passed a budget that the county was not confident it could meet. Both of Beal’s amendments failed, and the budgets were passed as proposed.

Read more about the county budget and tax revenues below. For more information, visit WilliamsonCounty-TN.gov. 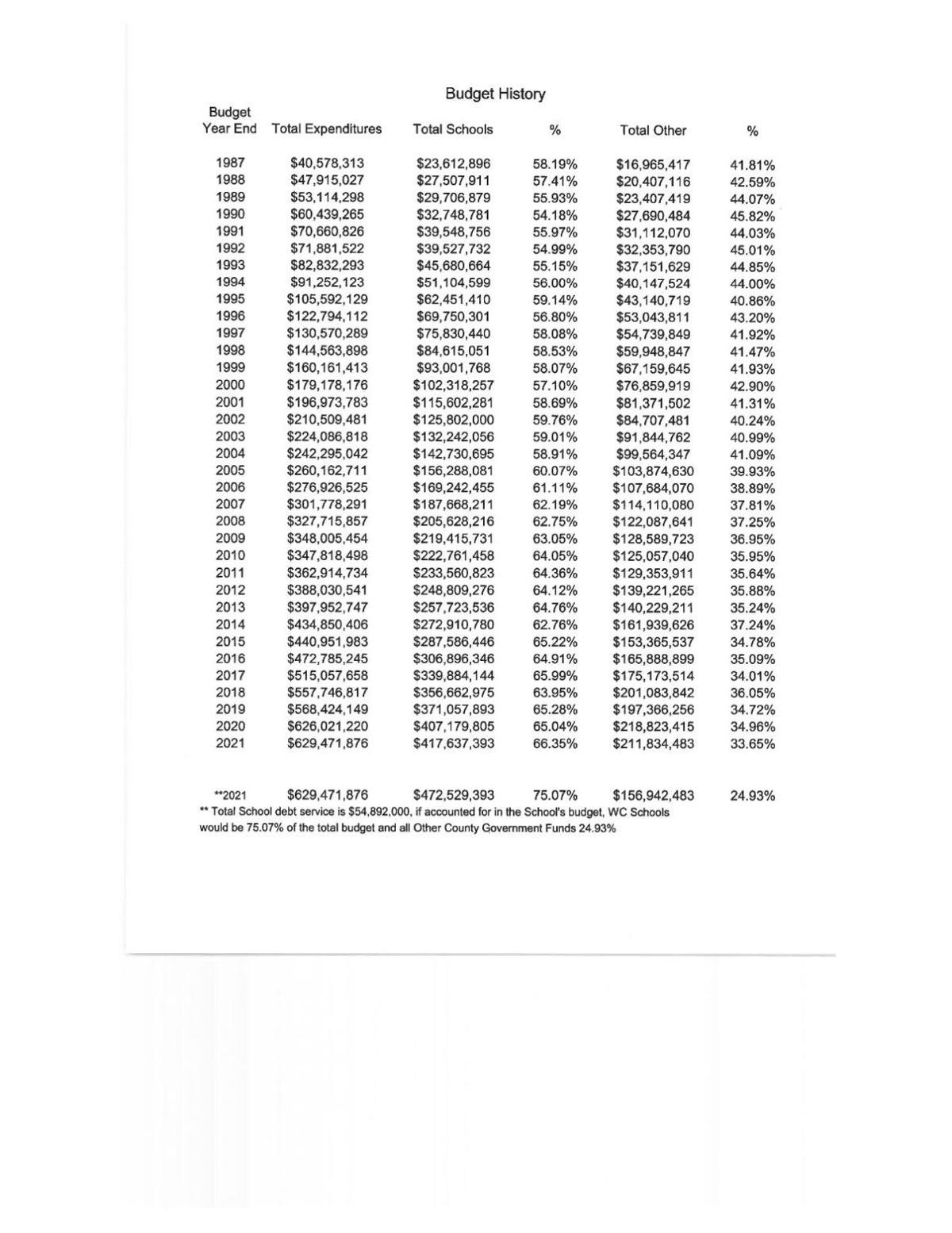