With about 130 public comments on record, the Williamson County Board of Commissioners passed various zoning changes Monday to match the recently adopted Williamson 2040 county land use plan, making the changes effective immediately rather than the previously proposed Jan. 1 date.

Major zoning changes include a transition from the previous Triune special area plan to new Triune character areas and a change from areas zoned one unit per acre to one unit per 5 acres. The existing maps versus the proposed maps, which were adopted, are included below. 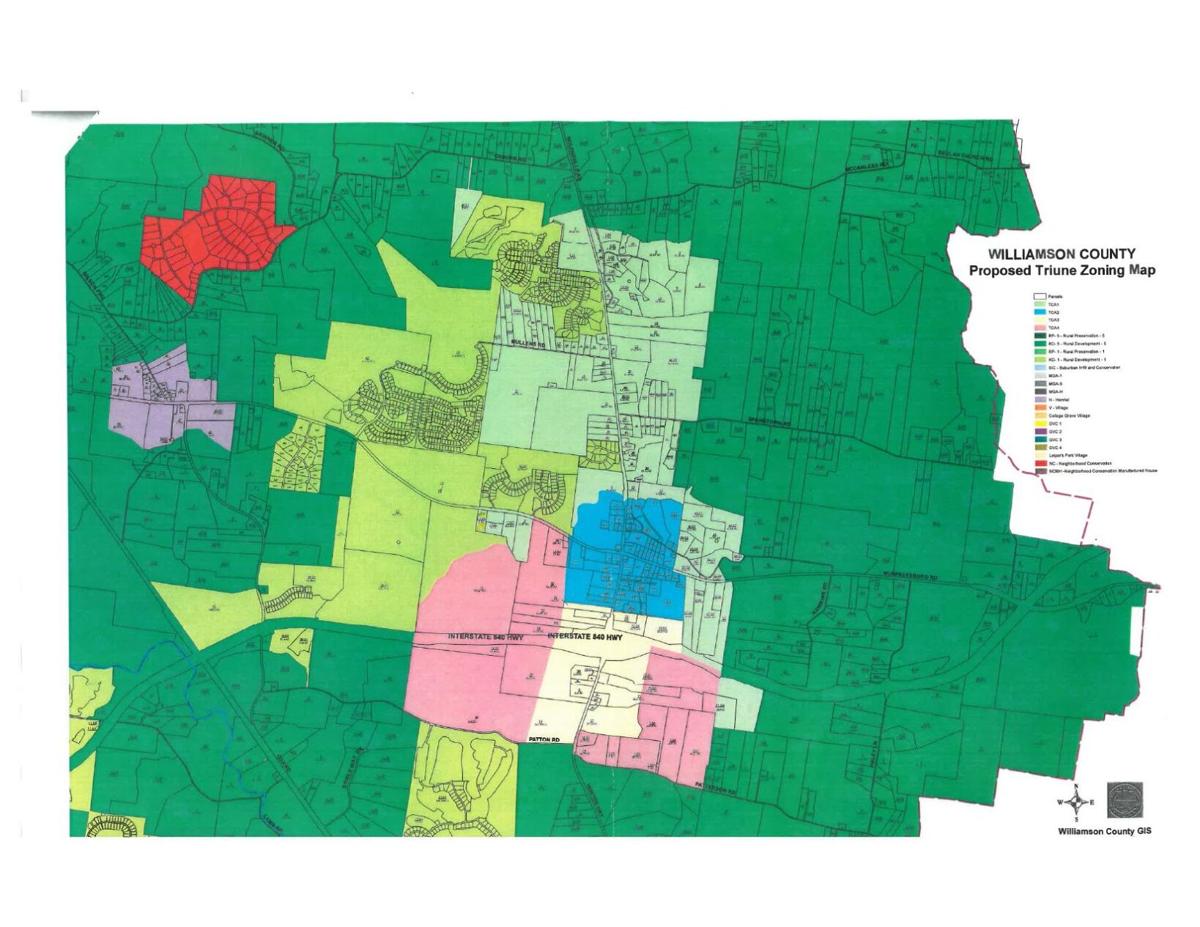 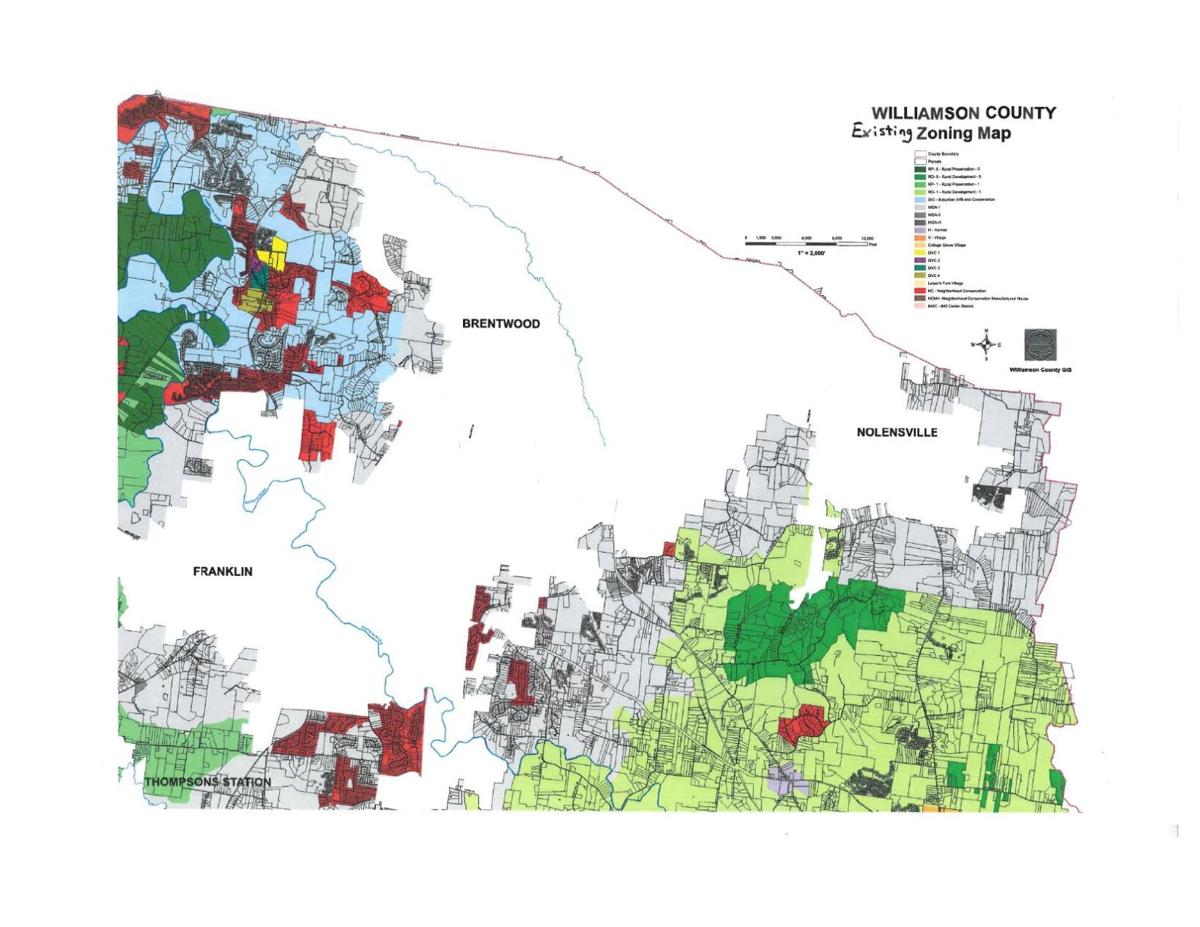 The purpose of the land use plan is to guide zoning and the placement of infrastructure and public facilities. The county adopted the Williamson 2040 plan, which outlined Monday night’s zoning changes, in March. The plan’s goals were to facilitate rural preservation, efficient and strategic growth, strong public services and facilities, and natural and historic preservation.

The previous land use plan, adopted in 2007, held many of the same goals, but due to differences in zoning recommendations, Williamson County Planning and Zoning Director Mike Matteson said the county saw a sprawl of development throughout the unincorporated county.

District 4 Commissioner Gregg Lawrence explained earlier this year the county had placed certain restrictions around developments within the urban growth boundaries — areas designated for growth around county municipalities — so developers instead built outside these boundaries in the unincorporated area. Monday night’s zoning changes ensure lower density of future developments in the unincorporated areas.

Many citizens voiced their approval of the zoning changes, sharing their desire to protect a rural landscape, but others were not in favor of the changes, stating they believe their property values will decrease, among other concerns.

Lawrence believes the county would not be able to keep up with the infrastructure needs and costs should development continue at its current rate and density.

“The only option we would have if we continue to allow this zoning is to implement a substantial tax increase on the people in the unincorporated areas,” he said, adding that rural preservation would also be difficult without the zoning change.

District 5 Commissioner Beth Lothers said to her, implementing these zoning changes is essentially implementing what 2007 could have been, but she does not take the vote lightly.

“I just want to state, as I can speak for I’m sure many of us, that when a vote goes a certain way that we believe is the best for community will and the best for the public safety and welfare of our county, we don’t just celebrate that, (but) we also grieve those individuals that are upset or sad or are perceiving this as a loss for them,” she said.

Also passed on Monday were zoning accommodations for family subdivisions, allowing residents who own family properties to create lots smaller than 5 acres within a one-unit-per-5-acre zone if the lots are for immediate family members. One public speaker, a California resident whose mother lives in Williamson County, thanked the county for drafting this resolution and supported the idea, saying he and his family hope to relocate to the area in the future.

Read the full Williamson 2040 plan below. For more information, visit Williamson2040.org and WilliamsonCounty-TN.gov. 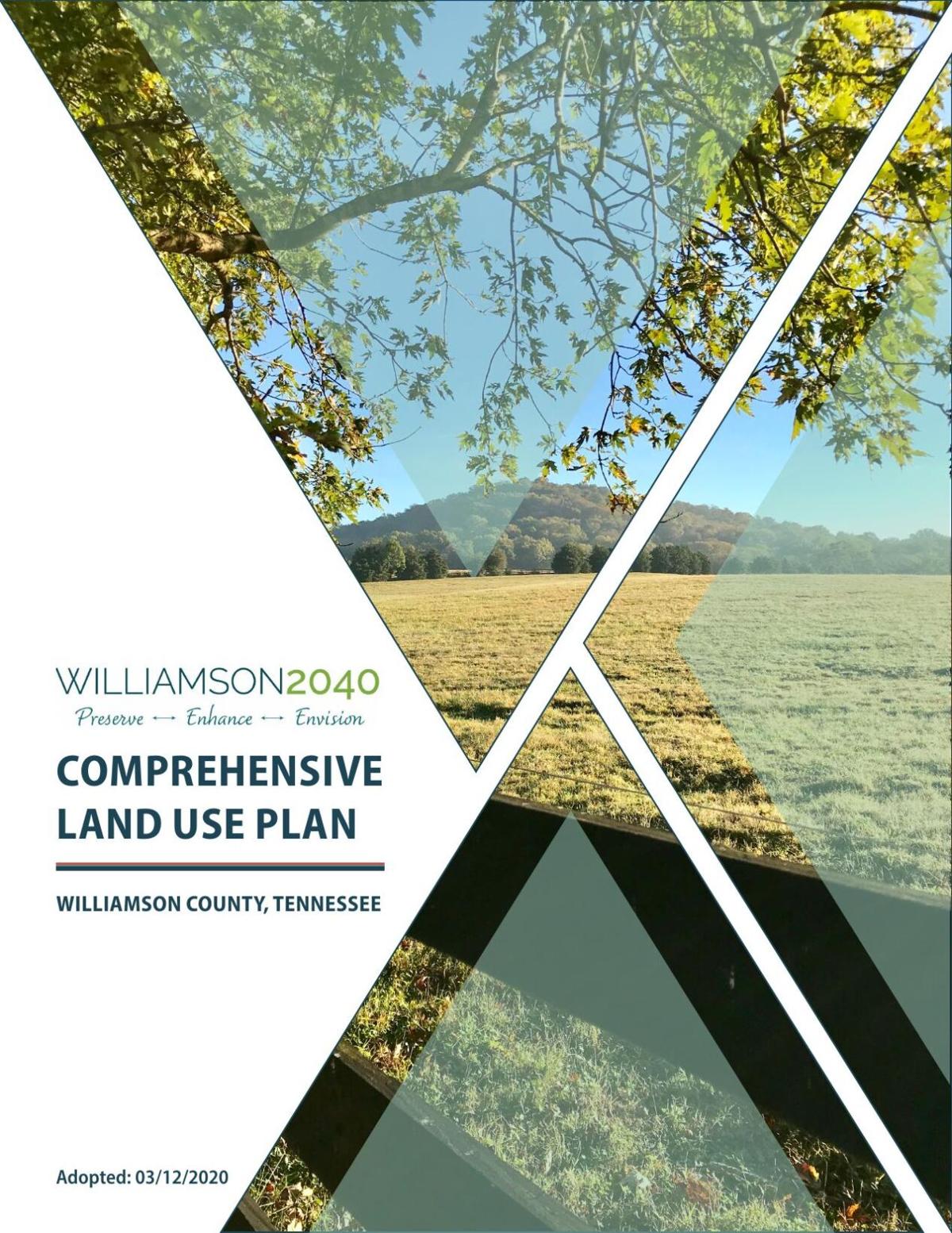 Well great! At least now, we know the county commission won't have a good excuse to dump another property tax on these 'rural' properties! As, according to Commissioner Lawrence “The only option we would have if we continue to allow this (current) zoning is to implement a substantial tax increase on the people in the unincorporated areas,” he said, adding that rural preservation would also be difficult without the zoning change.