Fairview Middle School became the first school in Williamson County Schools to close on Friday since the start of the fall semester after about a third of its students and staff were absent due to illness and related absences.

As COVID-19 cases increase throughout the community, WCS announced on Thursday that it would begin reporting its case numbers on Tuesdays and Fridays rather than only once per week.

This comes amidst statewide and even national tensions regarding mask requirements in schools. Last week, the WCS Board of Education approved a temporary mask mandate at the elementary level, which was followed less than a week later by an executive order from Gov. Bill Lee that allowed parents to opt their children out of any school mask requirement with a written notice to the school.

Masks still required at WCS elementary schools, but students may opt out 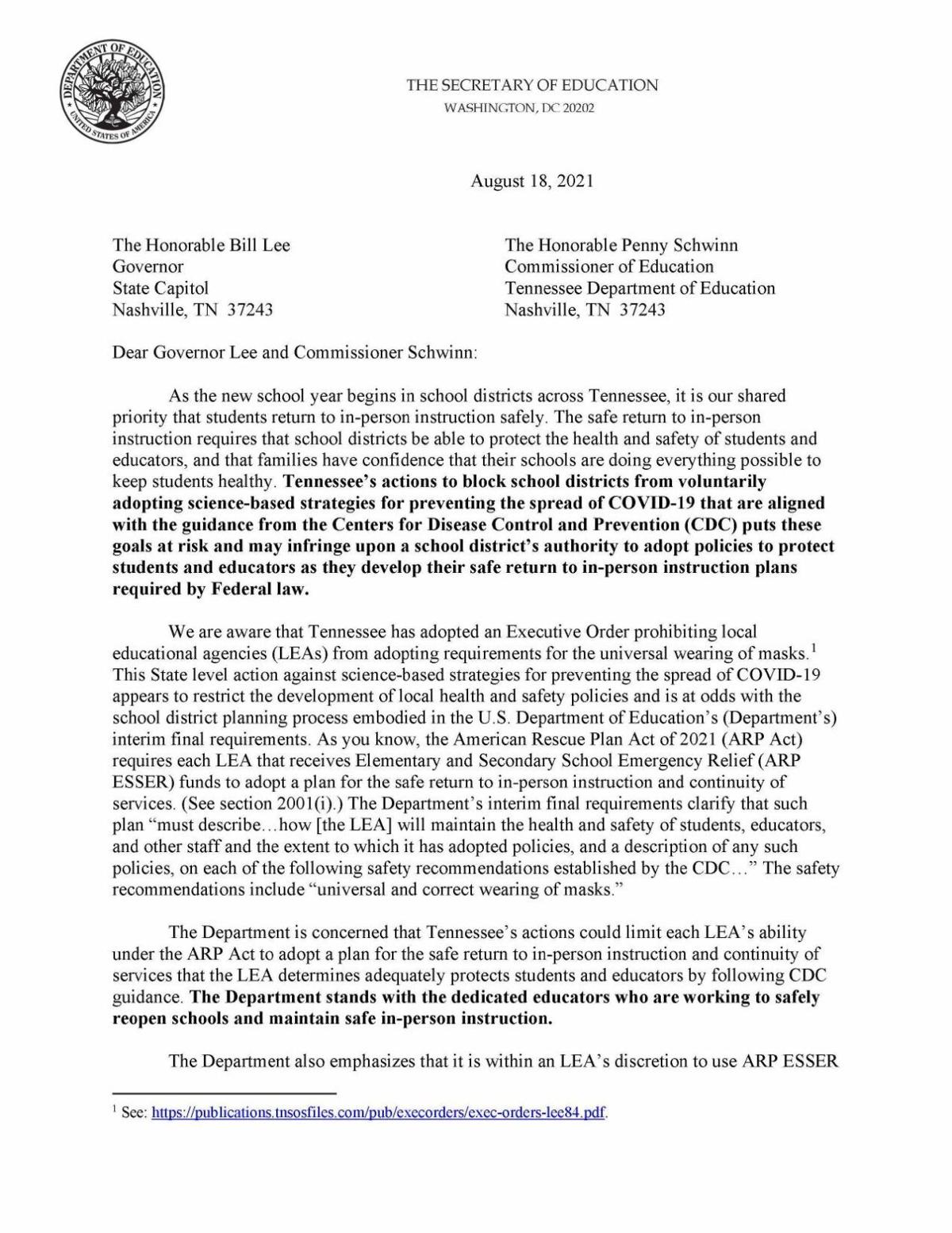 On Wednesday, two days after Lee signed the executive order, U.S. Secretary of Education Miguel Cardona sent a letter to Lee and Tennessee Commissioner of Education Penny Schwinn, saying the governor’s order threatens the Lee administration’s and Biden administration’s “shared priority” of providing in-person instruction for students, which Cardona said requires protecting the health and safety of students and educators.

“Tennessee’s actions to block school districts from voluntarily adopting science-based strategies for preventing the spread of COVID-19 that are aligned with the guidance from the Centers for Disease Control and Prevention (CDC) puts these goals at risk and may infringe upon a school district’s authority to adopt policies to protect students and educators as they develop their safe return to in-person plans required by Federal law,” the letter reads.

Lee responded by posting the letter to social media with the message: “Parents know better than the government what’s best for their children.”

Well, so much for the governors wisdom about all parents being smart.