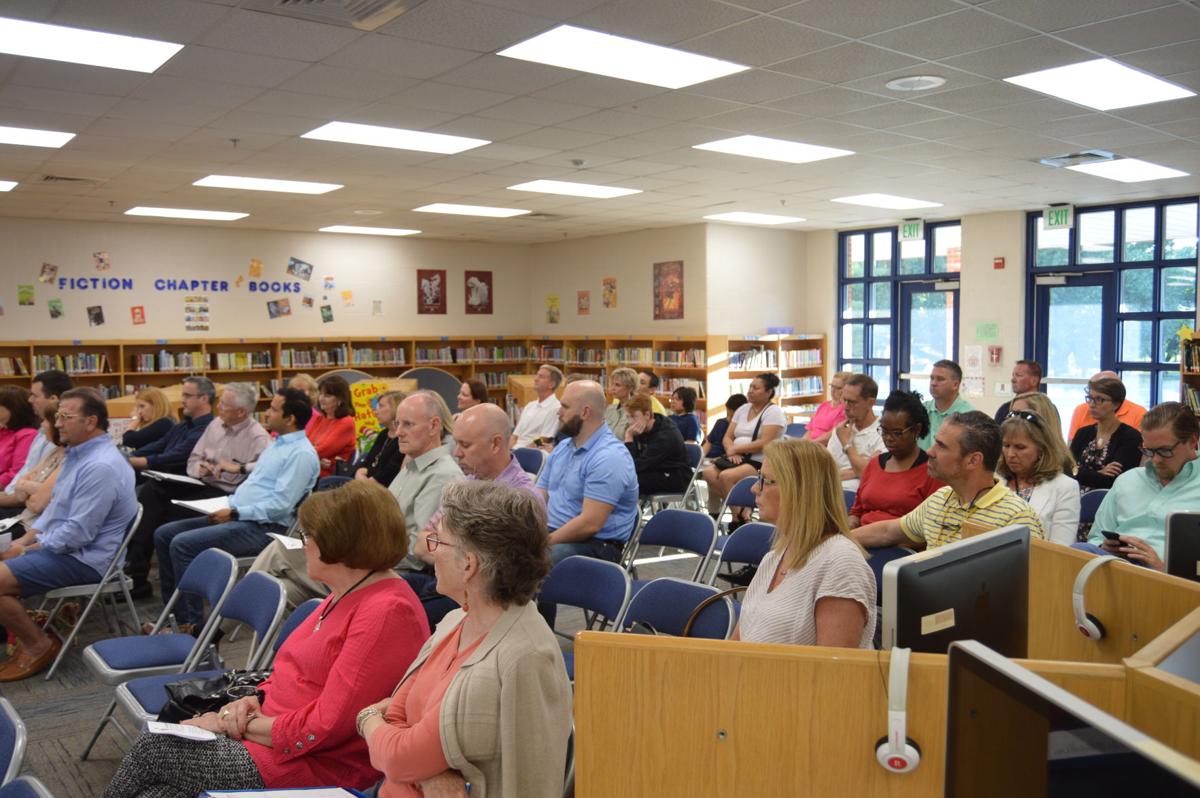 Residents of Hadden Hall attended the Franklin Special School District board meeting Monday to hear whether the board would allow the neighborhood to attend Williamson County Schools. 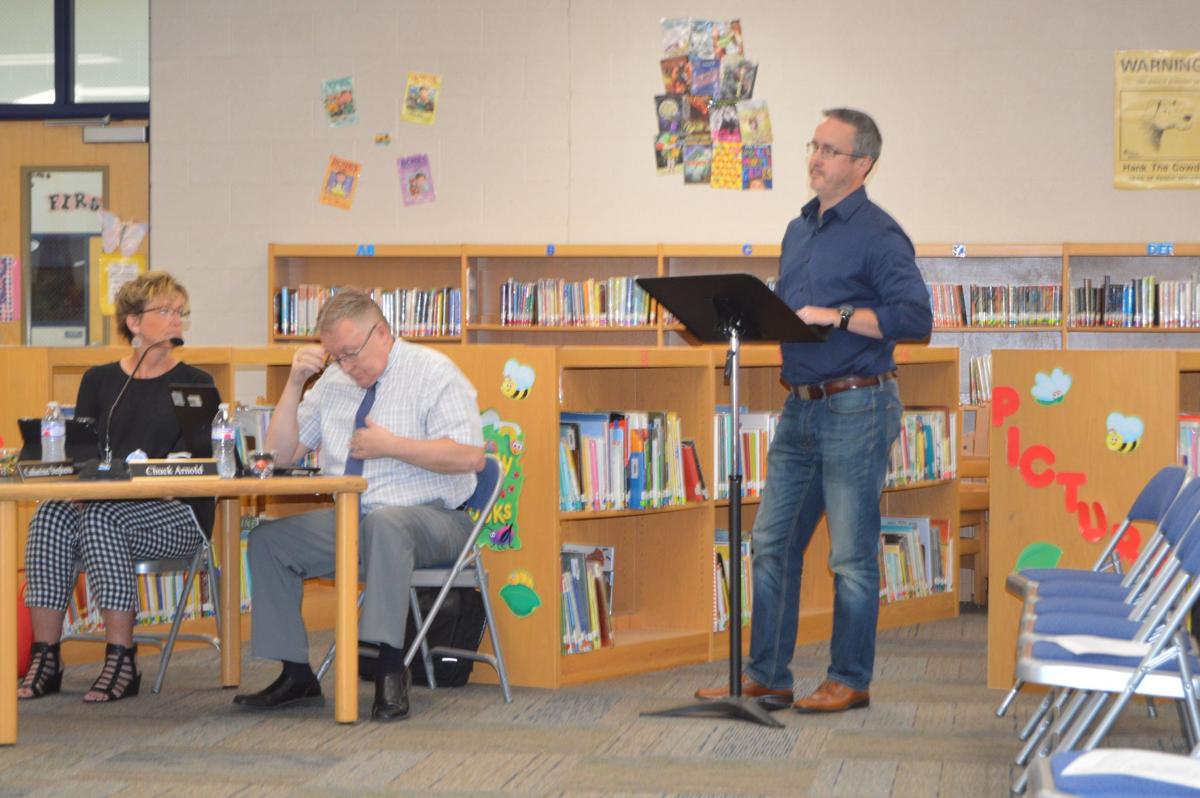 Parent Adam Craft said that his 11-year-old son spent approximately an hour on the bus being transported from the Hadden Hall subdivision to Liberty Elementary in the Franklin Special School District. Craft speaks before the FSSD school board during public comments. 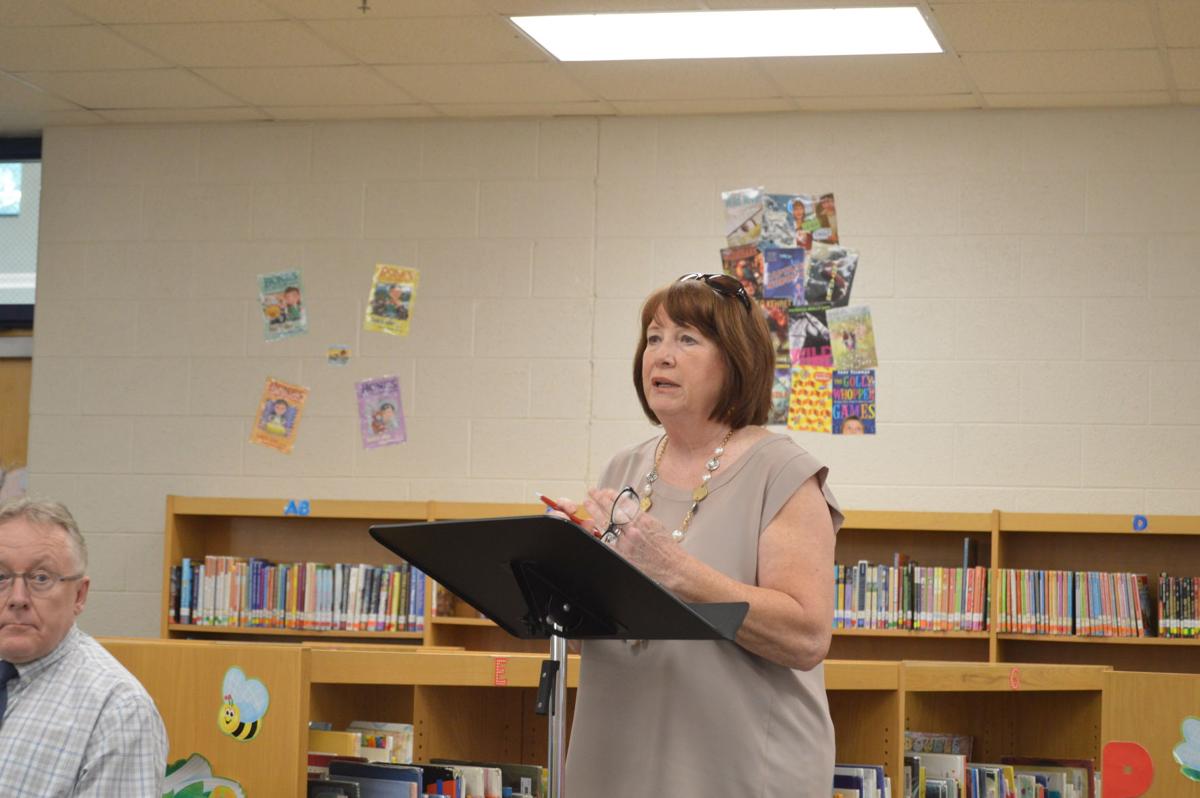 Alderman Bev Burger, 1st Ward, speaks during public comments on behalf of her constituents who live in Hadden Hall in McKay's Mill. 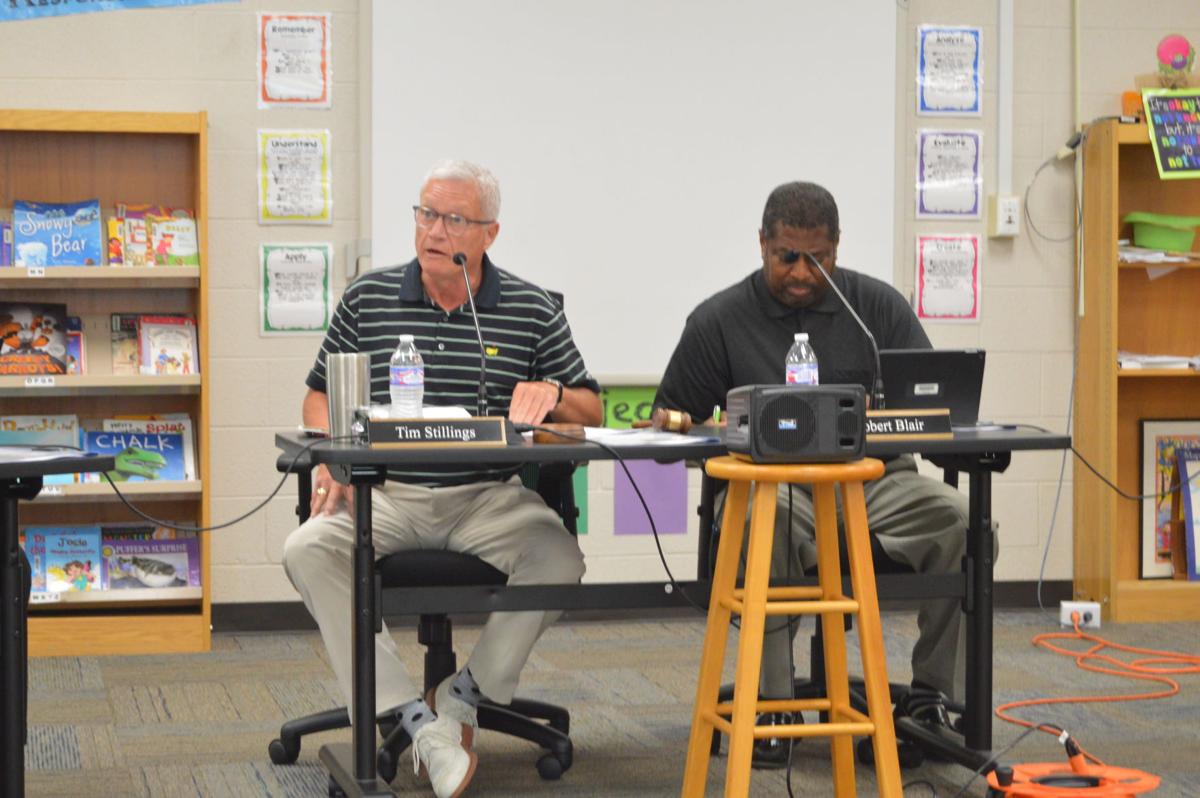 Franklin Special School District Board of Education Chairman Tim Stillings and board member Robert Blair weigh in on Hadden Hall residents' request to attend Williamson County Schools instead of the FSSD.

Residents of Hadden Hall attended the Franklin Special School District board meeting Monday to hear whether the board would allow the neighborhood to attend Williamson County Schools.

Parent Adam Craft said that his 11-year-old son spent approximately an hour on the bus being transported from the Hadden Hall subdivision to Liberty Elementary in the Franklin Special School District. Craft speaks before the FSSD school board during public comments.

Alderman Bev Burger, 1st Ward, speaks during public comments on behalf of her constituents who live in Hadden Hall in McKay's Mill.

Franklin Special School District Board of Education Chairman Tim Stillings and board member Robert Blair weigh in on Hadden Hall residents' request to attend Williamson County Schools instead of the FSSD.

Franklin Alderman Bev Burger, 1st Ward, spoke Monday before the Franklin Special School District Board of Education, on behalf of her constituents who live in the FSSD-zoned Hadden Hall subdivision, explaining to board members their desire to have the option to attend Williamson County Schools.

Citing long bus rides and difficulty building social relationships with other children in the larger McKay's Mill neighborhood, 92 percent of whom are zoned for WCS, parent Adam Craft also told board members that he believes it would be best for children in Hadden Hall to attend WCS.

In McKay's Mill, Hadden Hall is the only portion zoned for FSSD. Earlier this spring, approximately 79 of the 95 homeowners in the subdivision signed a petition to be removed from the FSSD boundary.

According to the FSSD central office, 22 students in Hadden Hall attend FSSD schools.

Burger called the request a non-disruptive change and a “win-win” for families and the district.

However, despite the request by Burger, Craft and other Hadden Hall parents, who recently signed the petition, the board voted to uphold the current boundaries of FSSD.

Robin Newman, FSSD school board member, said she certainly empathizes with the families’ requests, but she believes in a holistic, equitable approach for all split-subdivisions that teeter on WCS and FSSD boundaries.

“While I do hear the case that has been presented, I recognize the other neighborhoods that are split and think this would set a precedent that we don’t want to set,” Newman said.

She further explained changing school district boundaries brings up a host of issues, such as state funding and budgeting, plus “to be able to choose what district you go to would create a lot of havoc if we opened up that can.”

“Schools and districts are zoned for purposes we need to abide by,” she said.

Ultimately, Newman's motion to continue to recognize the current boundaries of FSSD and not release students to attend WCS, passed among board members.

Hadden Hall, which is made up of 95 homes, is the largest FSSD split-district neighborhood. A few others include Caldwell Estates (12 homes), Falcon Creek (six homes) Lockwood Glen (70 homes), Founder’s Pointe and Polk Place.

Before the vote was taken denying the request, Craft laid out his concerns, which mirror many other families in the Hadden Hall neighborhood.

He said many times a bus ride could last up to an hour for his 11-year-old son.

“Some of the issues we have had is the length of time on the school bus,” he said. “As adults, we know an hour commute is rough and can get taxing pretty quickly."

Craft emphasized that he and the other residents in Hadden Hall are not asking for a tax rate adjustment or rezoning, but simply the option for families to attend schools in WCS.

He also explained that children in Hadden Hall who attend FSSD schools experience the “loss of lifelong friendships,” because they are isolated from spending time with other children in the neighborhood.

“My son went to the McKay’s Mill pool three times this summer, and all three times, he sat by himself,” Craft said, adding that his son is typically a social child. “If I had ridden on the school bus with 20 kids … you build those relationships, and they will flock to kids they already know.”

Burger said she supports her constituents in their request to attend WCS and the petition they signed.

FSSD Director of Schools David Snowden further explained the past history regarding the issue of split-districts.

In year’s past, he said the FSSD has backed parents’ requests from split neighborhoods to attend WCS, but when the FSSD approached WCS with a plan years ago, it was denied.

Snowden also said he believed if the board voted to allow Hadden Hall families to attend WCS, other requests from similar split neighborhoods would follow.

“It’s up to the board if you want to release students to Williamson County,” he said. “But [among] split neighborhoods, others are going to ask the same thing."

Ultimately, Newman made a motion "to continue to recognize the current school boundaries of FSSD and WCS and not to release FSSD students to attend schools in WCS."

All board members voted in agreement, except Kevin Townsel, who recused himself from voting because of his employment as the human resources director for the city of Franklin. He explained that Burger’s request for the board to honor the FSSD parents’ request, for him, was a conflict of interest.

“I don’t feel it would be appropriate for me to weigh in on this,” Townsel said.

However, board members said they'd like to continue working to find a longterm equitable solution.

“I’d like to see us to continue to work with Williamson County to come up with a solution," board member Robert Blair said. "Instead of treating it as single issue, we need to deal with this as a total issue."

“I welcome that conversation to treat it holistically," he said. "If we did this just for Hadden Hall, we are a district of equity, it is something we would have to offer to other split districts.”

Board member Allena Bell, who lives in the split neighborhood Founders Pointe, said she agrees. However, she, just like other board members, also suggested that the board try to solve the reports of long bus rides during a separate conversation.

“I sympathize, yet it is something I have been able to work through and would like for us, at a separate time, to have a conversation about the bus situation,” she said.

After the board voted to keep the boundaries of Hadden Hall the same, Craft implied he was disappointed in the board’s decision.

“I feel that they voted on something that hasn’t even happened yet," he said. "We are the neighborhood with the petition, and I think that should have been taken into account.”

This appears to be another good reason to eliminate The FSSD. After all is it not "all about the kids". Or at least it is when more money is wanted.