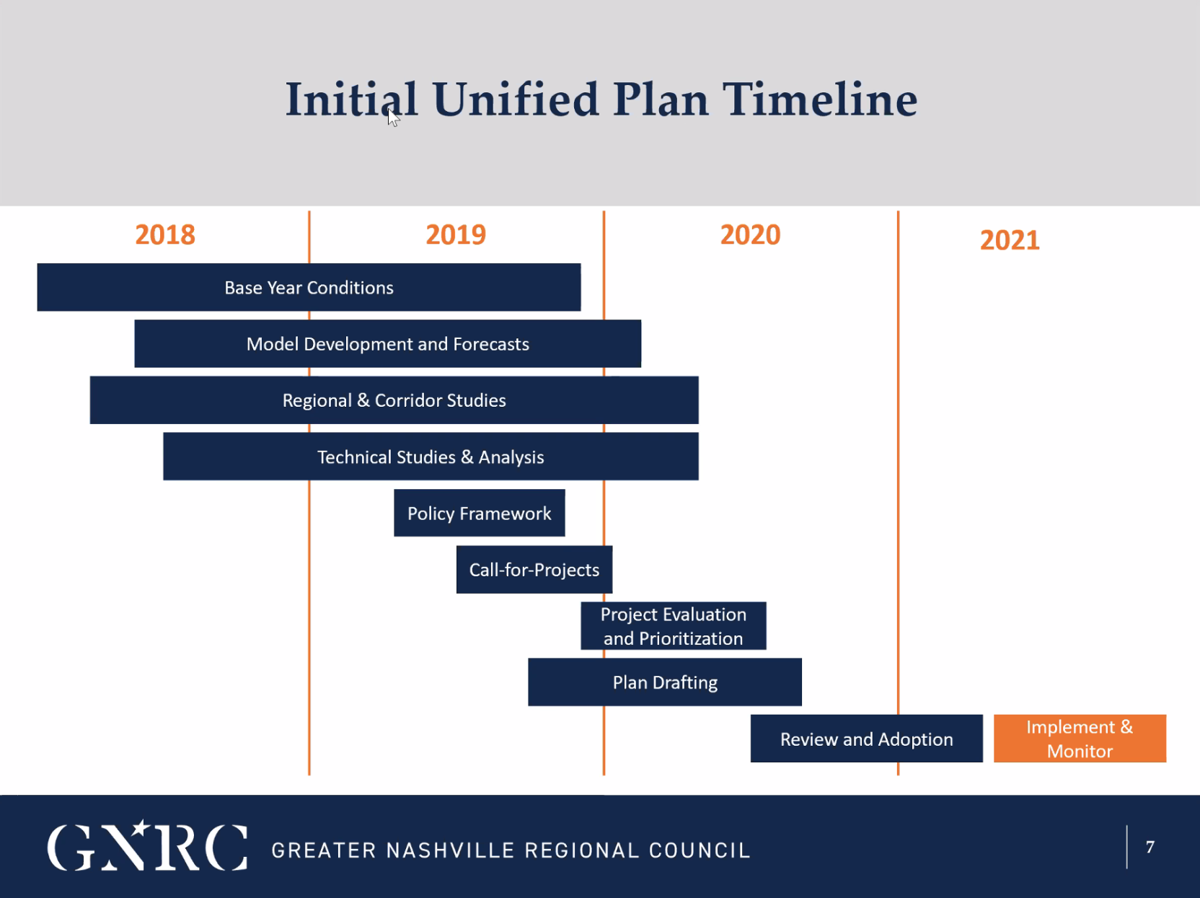 Michelle Lacewell, the deputy director of the Greater Nashville Regional Council, shared the timeline of GNRC’s Unified Transportation Plan during a webinar on Friday. 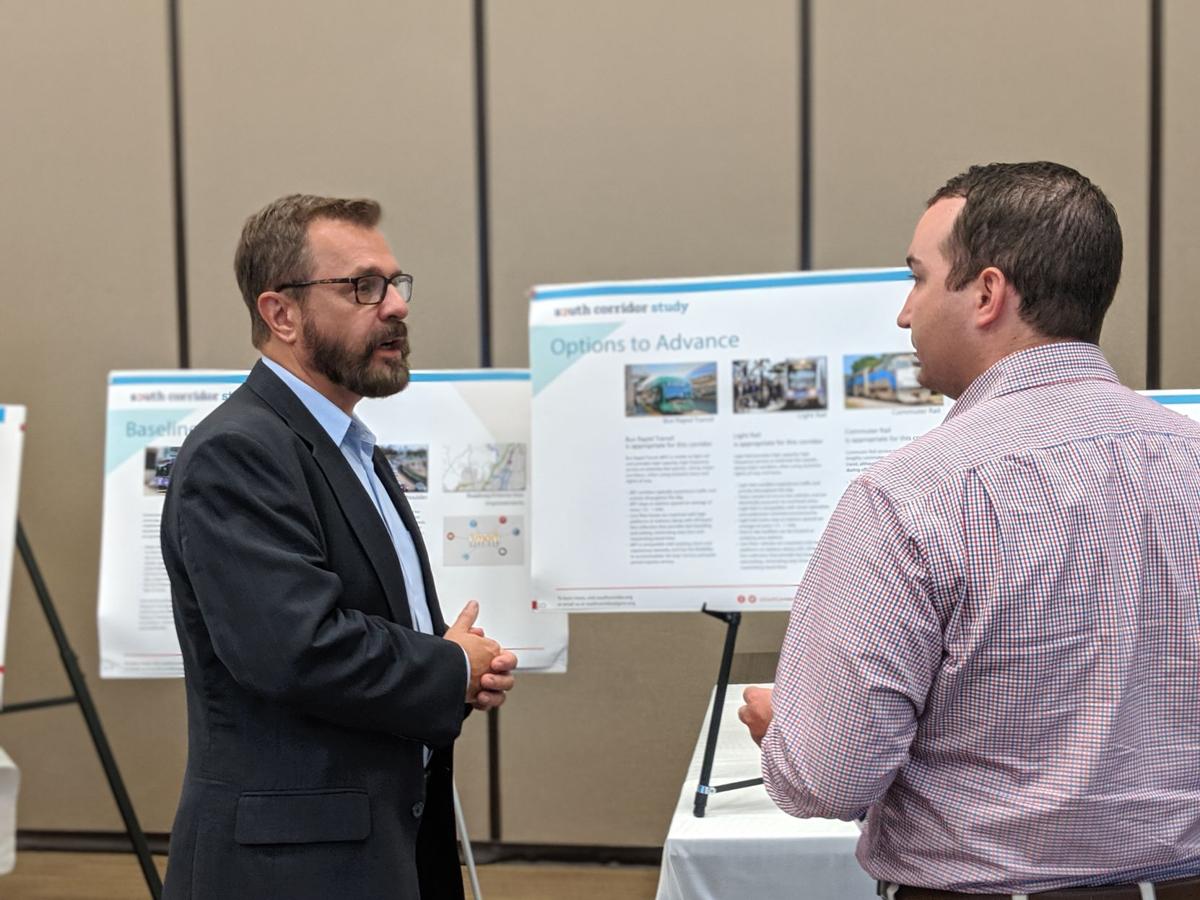 The South Corridor Study, which seeks recommendations for cross-county transit options for Davidson, Williamson and Maury counties, is in its final stages.

Michelle Lacewell, the deputy director of the Greater Nashville Regional Council, shared the timeline of GNRC’s Unified Transportation Plan during a webinar on Friday.

The South Corridor Study, which seeks recommendations for cross-county transit options for Davidson, Williamson and Maury counties, is in its final stages.

The Transit Alliance of Middle Tennessee hosted a conversation with Greater Nashville Regional Council (GNRC) Deputy Director Michelle Lacewell on Friday to discuss the status of transportation planning in Middle Tennessee and the effects of the COVID-19 pandemic on the process.

The GNRC is currently working on a 20-year Unified Transportation Plan spanning Davidson, Maury, Robertson, Rutherford, Sumner, Williamson and Wilson counties. Such a plan is federally mandated for every metro area in the United States, and this plan has been in the works alongside other regional studies since 2018.

Currently, the GNRC has gathered a list of future projects for the region and continues to host joint calls with mayors throughout Middle Tennessee. It has now entered a phase of project evaluation and prioritization as the team begins to draft the plan, however, under the current pandemic, Lacewell shared many mayors’ priorities have shifted.

“Our elected leaders have been more focused on public health and supporting the needs in their communities,” she said. “They have not been able to have the space to engage in the planning process as they would have previously, and we don’t want to shortchange the opportunity to have those important conversations with elected officials because they’re the ones that are deciding how to allocate our limited resources.”

She said, because of this, COVID-19 has slowed down the planning process. Additionally, tax revenues are down, further placing strain on the already tight transportation budget. Lacewell shared that the region expects only $8.5 million of federal transportation funding to come in between 2016 and 2040.

“That’s not a lot of money when you look around and you see all the needs that we have across the seven-county region that makes up the transportation planning requirements for us,” Lacewell said.

She added many transportation projects also require a 20% match from cities and counties for federal funding — another challenge in the COVID-19 era.

“If cities and counties are now going to have revenue shortfalls and have to make a determination on where to put those limited resources they will have in the coming years, will they still want to do the same transportation projects, or will they want to push those down the road a little bit? So, that’s a conversation we’re having,” Lacewell said.

The South Corridor Study is one project that has been in the works alongside the Unified Transportation Plan in which GNRC and other agencies have conducted numerous public outreach events and surveys to devise a cross-county public transit plan for Davidson, Williamson and Maury counties. Lacewell said, while this study is separate, it is “informing the development” of the Unified Transportation Plan.

“We are, as part of the South Corridor Study, looking at how the use of HOV lanes or HOV lanes potentially for buses and things like that could be a recommendation,” she said.

During this time, Lacewell said that advocates can express to their elected officials that public transit is still important to them.

For more information on the GNRC, visit gnrc.org. Learn more about the Unified Transportation Plan and the South Corridor Study at solvethistogether.org and southcorridor.org, respectively.