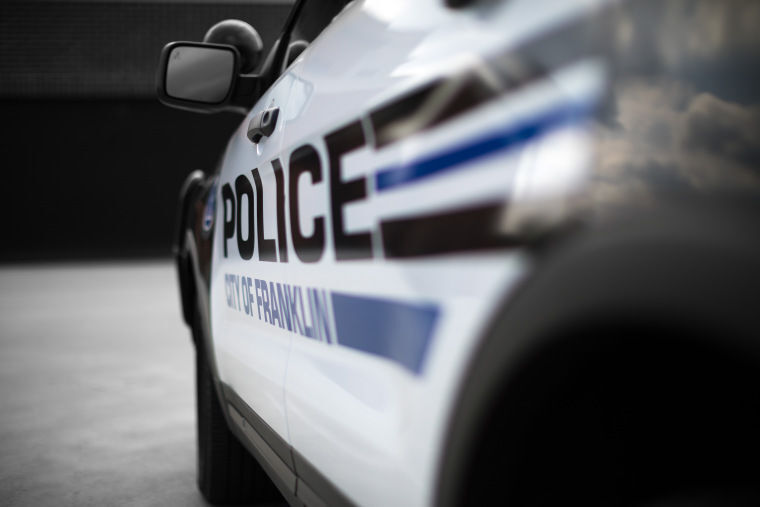 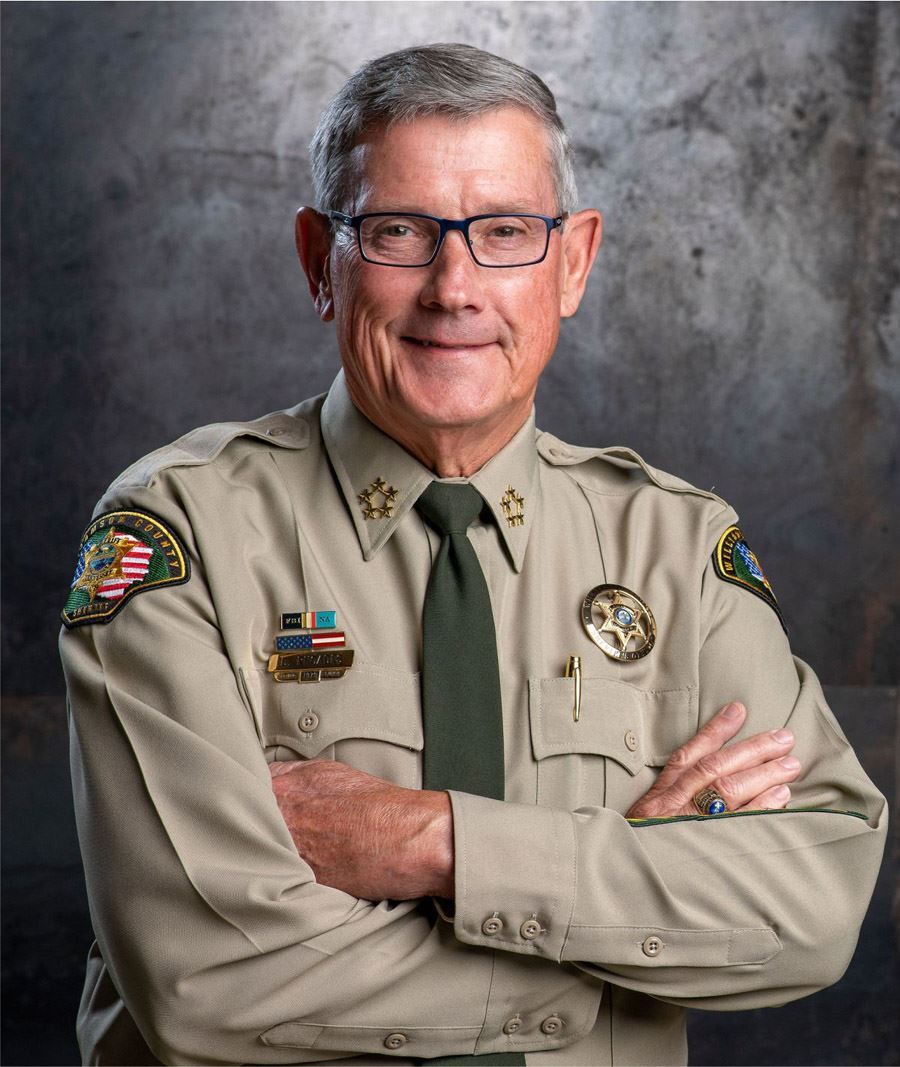 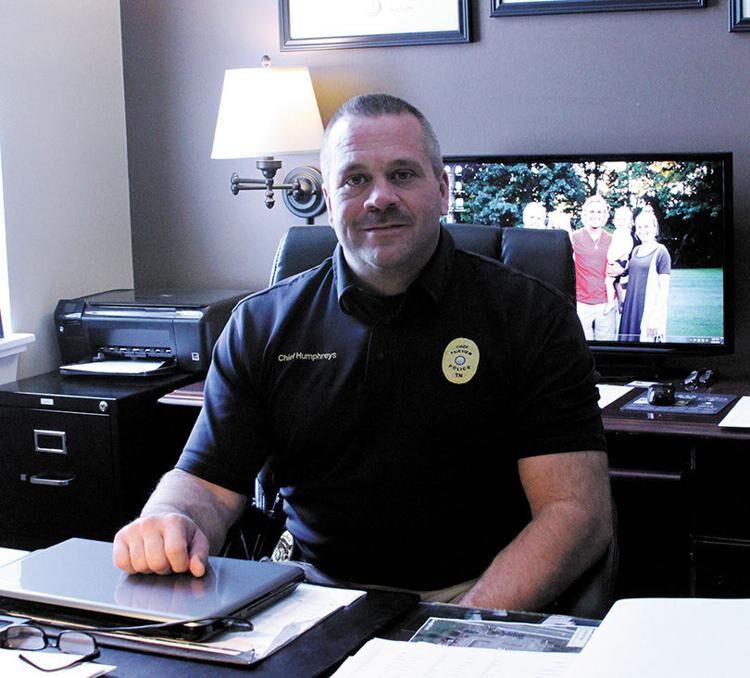 Since the deaths of George Floyd, Breonna Taylor and Ahmaud Arbery, people throughout the country have been calling for police reform and launching various campaigns.

So, how do Williamson County’s law enforcement policies hold up in light of this call for action?

One of the most popular police reform campaigns is the "8 Can’t Wait" project by Campaign Zero. It calls for eight specific policy implementations in law enforcement nationwide:

• Banning chokeholds and strangleholds in all cases.

• Requiring officers to give a verbal warning in all situations before using deadly force.

• Requiring the “duty to intervene,” meaning that officers should interrupt and report excessive or unlawful uses of force by other officers.

• Banning officers from shooting at moving vehicles in all cases.

• Establishing a “use-of-force continuum” that reserves “the most severe types of force to the most extreme situations.”

• Requiring officers to write a report every time they use or threaten to use force, including pointing a gun at a civilian.

The 8 Can’t Wait campaign has received support and criticism nationally, with a particular air of doubt around the campaign’s early claim that such policies would reduce police killings by 72%, a statement that has since been removed from the website and prompted a response from the campaign addressing its many criticisms. The project has also received mixed feedback for its support of police abolition.

Some have also expressed concern over the absolutist nature of the campaign’s policies, fearing that implementation without any provisions, such as clauses like “when feasible” or “unless absolutely necessary,” could endanger police officers.

“A blanket, en-masse adoption of a program such as the 8 Can’t Wait program is more often than not problematic both procedurally and legally,” said Fairview Police Chief Zack Humphreys. “Therefore, we adopt individual policies regarding individual procedures and circumstances.”

Despite these controversial elements, the campaign has spurred many law enforcement agencies to review their use-of-force policies and implement clearer language where necessary.

“We have received several communications about the (8 Can’t Wait) best practice recommendations, and I’m happy to share that these practices were already reflected in some form in either our express written policies, or in the ongoing training that our deputies receive,” said Williamson County Sheriff Dusty Rhoades. “That being said, in light of recent events and to ensure that we maintain our commitment to protect every citizen, we reviewed our policies on use of force, and used (8 Can’t Wait’s) recommendations as one of our resources in updating those policies.”

This was the case for several other agencies throughout Williamson County as well.

In early July, Tennessee Gov. Bill Lee announced a law enforcement partnership, updating certain state training requirements and calling for local agencies to, over the following two months, review their policies to ensure the banning of chokeholds and the inclusion of a duty-to-intervene policy.

Some have questioned the effectiveness of the governor’s call to action, particularly as chokeholds are already banned in the state of Tennessee “unless other methods of restraint are ineffective.” However, the lateral vascular maneuver, a neck restraint that is supposed to be non-lethal, is allowed by state law, and chokeholds are also allowed to be taught in police training “as an alternative method of restraint to be used after mace or other less dangerous methods of restraint have failed to be ineffective or are unavailable.”

For many agencies, de-escalation is something practiced in annual training but not explicitly required in policy. The Franklin Police defines the practice as “tactics and techniques used by law enforcement to assist with deterring/minimizing force encounters,” including “speech, behaviors, and/or actions intended to assist with escaping escalations of conflicts.”

This practice is required by written policy in the Williamson County Sheriff’s Office and Nolensville and Franklin police departments. Fairview’s policies do mention “de-escalation,” but this is defined within the document as “a decrease in the severity of force used in an incident in direct response to a decrease in the level of resistance” rather than a violence prevention tactic.

While Spring Hill and Brentwood officers do not have the word “de-escalation” written in their policies, Brentwood Police has recently uploaded all its policies online for the public and has shared in a breakdown of its use-of-force standards that officers train on “crisis intervention and de-escalation communication practices in concert with a non-deadly force philosophy.”

Likewise, Lt. Justin Whitwell, the public information officer for Spring Hill Police, shared that the department’s officers “are always going to de-escalate (their) conversations.” He added, though, that people sometimes don’t respond well to these tactics, particularly if mental illness or substance use are factors in the interaction.

Public concern over police interaction with people who are suffering from mental health issues is a particular driver for the call to increase training around this topic and/or implement more community policing efforts, involving mental health experts in certain emergency response situations.

The governor, in his July announcement, partnered with the Peace Officer Standards & Training Commission to require eight hours of training in de-escalation and community policing tactics, among other topics. The commission, which develops and enforces standards and training for all local police officers, requires one curriculum hour of “interacting with the mentally ill as a first responder” and two curriculum hours of “responding to people with mental illness” for its Police One Online Academy, and officers are required by state law to receive training on this topic annually.

Additionally, the sheriff’s office use-of-force policy states that “assistance from crisis intervention services or mental health professionals may be enlisted if the situation allows.”

All agencies in Williamson County require their officers to, when feasible, give a verbal warning before resorting to deadly force, though Brentwood’s policies only include this requirement in a section discussing fleeing felons. All agencies also include in their policies either a use-of-force continuum (a list of force options ordered according to their severity) or the principle that officers must only use the amount of force necessary to handle a situation.

The idea that officers should not use deadly force unless absolutely necessary to prevent serious bodily harm or death is reflected in the policies, though it is not required that any officer use each application of force in order from least to most severe.

This is for the protection of the officers to prevent police from, metaphorically, bringing a knife to a gun fight.

The sheriff’s office as well as Nolensville, Spring Hill and Fairview police also prohibit officers from shooting at moving vehicles “unless absolutely necessary,” meaning it is permitted to prevent serious bodily harm or death of another person.

Brentwood does not specify “moving vehicles” but does prohibit an officer from shooting to “stop the flight of a person who has committed a misdemeanor.” Franklin does not allow officers to shoot at vehicles “arbitrarily” and instructs officers to move out of the way of an oncoming vehicle if possible.

Whitwell shared that a Spring Hill officer may shoot at a moving vehicle if it is projected to run into an officer or bystander. Brentwood’s website clarifies that shooting at a moving vehicle may also be necessary to protect a crowd of people at an event in a mass shooting situation, for example.

“Duty to intervene” is another concept often included in training but not in written policy. However, this protocol is included explicitly in Franklin, Brentwood and Nolensville police policies.

While there is no intervention clause in the Williamson County Sheriff’s Office use-of-force policy, the sheriff shared that the “8 Can’t Wait” concepts that are not covered in writing are covered in training. Whitwell also said that this topic is learned through training.

All departments also require officers to report uses of force, but some are more strict than others as far as what warrants a report.

Franklin and Brentwood police both must file a report when a gun is pointed at another person, when weaponry is used, or when weaponless injury occurs.

Nolensville and Fairview use-of-force reporting begins when a subject is injured or when force is used beyond soft, open-hand combat for Nolensville or unresisted handcuffing for Fairview. Neither department requires officers to write a report when an officer points a gun at a person but does not fire.

Spring Hill’s use-of-force policy states that pointing a gun at a person “may be considered a use of force,” and while the written policy only requires a report after the use of a weapon or in the case of injury, Whitwell said officers do document when they point their firearm at someone.

The sheriff’s office does not specify the need for a report when a deputy points a gun at a person and does not fire, but the department does call for a report in cases when “weaponless force is used to subdue or restrain a person.”

While most of these reports are reviewed internally by shift supervisors and chiefs of police, occasionally with district attorney involvement, all officer-involved shootings resulting in a death must be reported to and reviewed by the Tennessee Bureau of Investigation.

Rhoades shared that the use of force is an unfortunate part of law enforcement, but he holds a priority of protecting all citizens and expects his deputies’ actions to reflect the same priority.

“We are all one community. Unfortunately, the demands of law enforcement do, on occasion, require a deputy to use force, but that force must be reasonable and proportional to the situation,” he said. “Good policies and training related to use of force help us maintain the safety of our citizens and our deputies, and are in everyone’s best interest.”

To learn more about the 8 Can’t Wait campaign, visit 8CantWait.org. More information about local law enforcement agencies can be found at WilliamsonCounty-TN.gov, FranklinTN.gov, BrentwoodTN.gov, Fairview-TN.org, NolensvilleTN.gov and SpringHillTN.org. Thompson’s Station, while considered an official municipality, is under the jurisdiction of the Williamson County Sheriff’s Office.