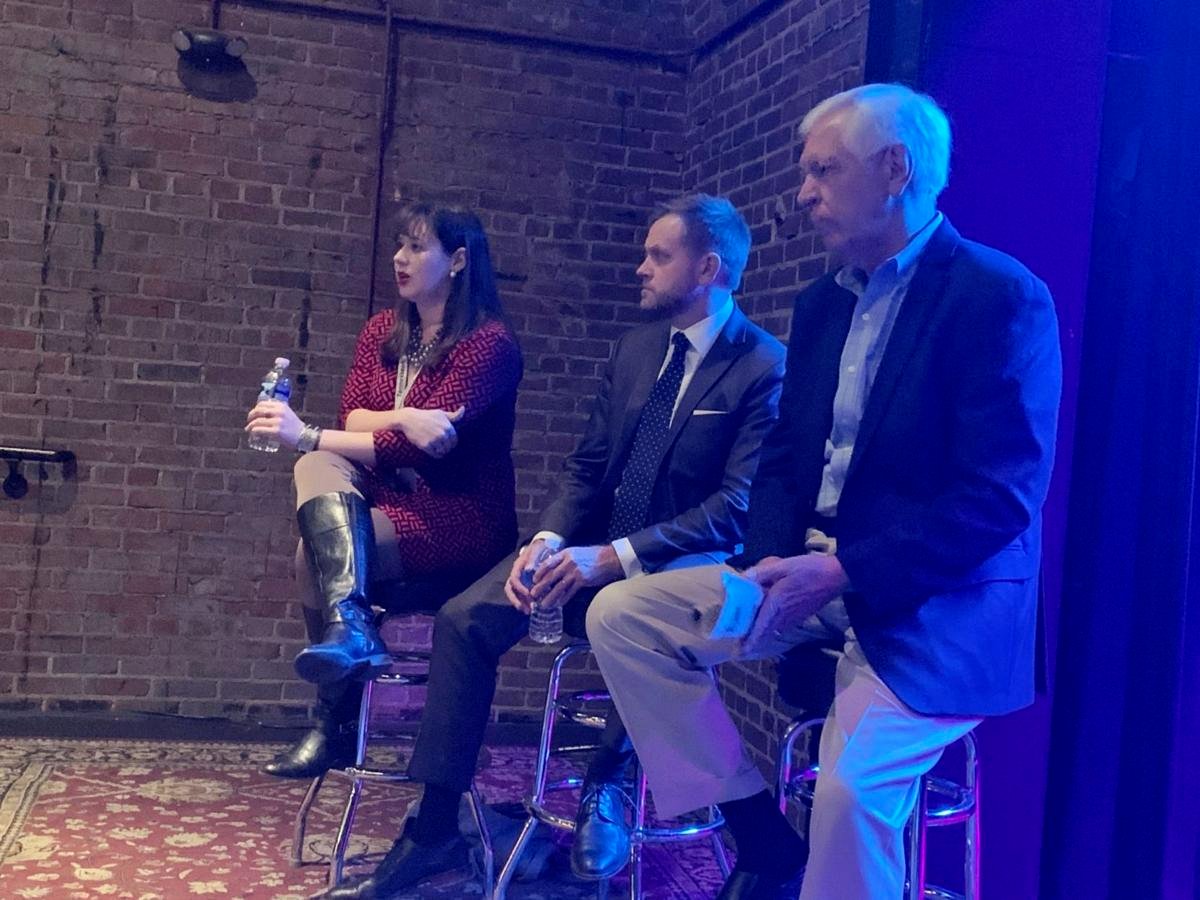 Photo (by Derby Jones): Three investigative journalists spoke to the Leadership Franklin class of 2020 about the work behind their stories. From left are Emily West, Jeremy Finley and Phil Williams. 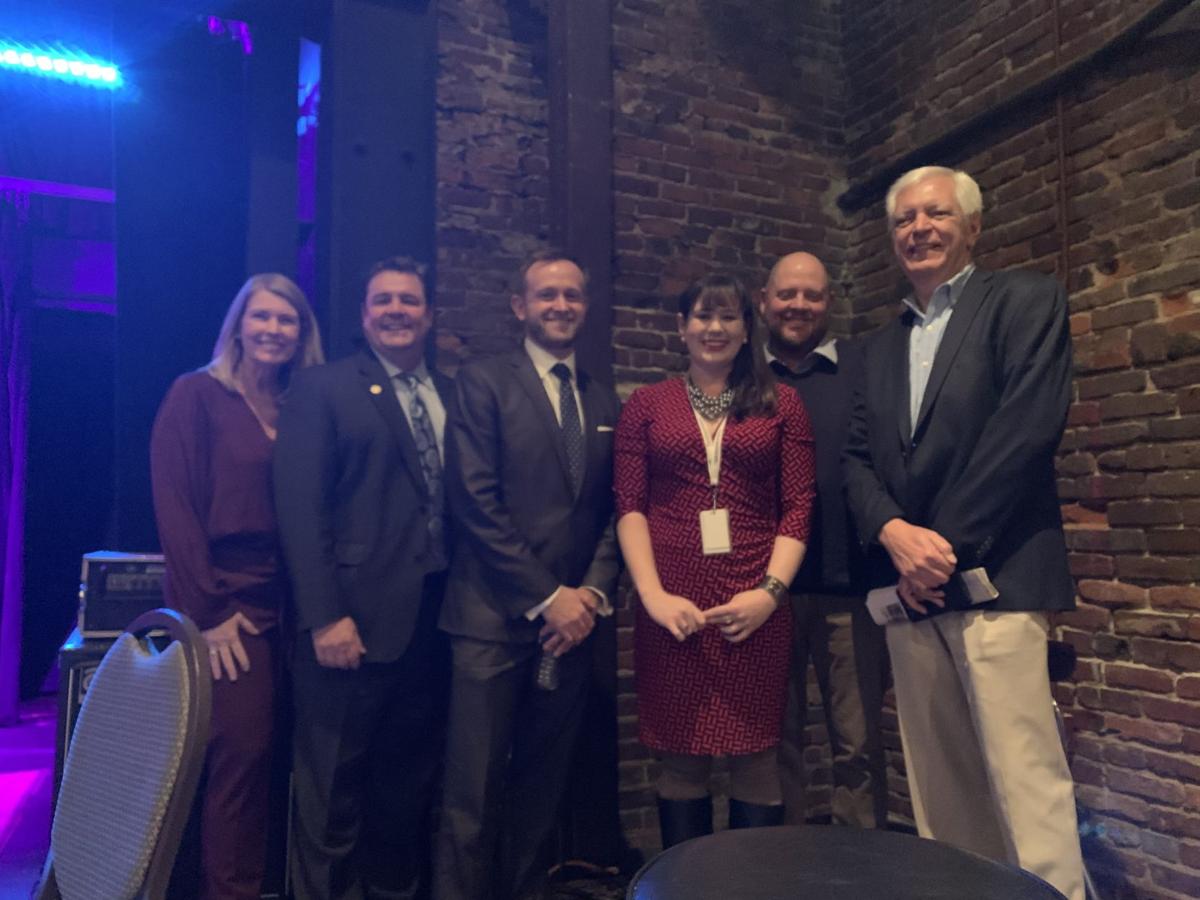 Photo (by Derby Jones): Three investigative journalists spoke to the Leadership Franklin class of 2020 about the work behind their stories. From left are Emily West, Jeremy Finley and Phil Williams.

It takes more than an iPhone and a voice to be a journalist, according to the Tennesseean’s Williamson County reporter Emily West. It takes education, grit and the perseverance to dig a lot deeper.

Leadership Franklin welcomed a panel of three investigative reporters to the Mockingbird Theater in The Factory at Franklin Wednesday to discuss the work behind their stories and what it takes to uncover the secrets and scandals below the surface.

For the past couple of years, West has been digging into mental health issues in Williamson County, particularly surrounding the Natchez Trace Bridge. She has looked into the dark subject of suicide and has spoken to the only survivor of a jump off the bridge as she continues to follow the issue through new legislation and plans for a raised barrier.

Finley shared a story about a crooked business that convinced people they were getting a good deal on health insurance when they were really just getting discounted prescription cards. Not only did Finley’s report lead to the demise of the business, but he continued to follow the man behind the company until he was convicted.

Williams has looked deep into juvenile crime, not only in Nashville, but in the greater Middle Tennessee area, digging into the circumstances that can lead to violent acts. He has also done extensive reporting on civil asset forfeiture in Tennessee, which made national headlines, inspired television shows and changed Tennessee law.

As the journalists told their stories, each shared how they have been affected by the “fake news” narrative circulating throughout American culture.

“What irks me the most is that it has become an excuse for people not wanting to hear something they don’t want to hear, something they personally disagree with, and it’s easy to blanket and say, ‘Oh, it’s just fake news. Don’t pay attention to that,’” Finley said.

He also added an appeal to “fake news” has been used against him as he’s reporting stories. For example, as he was reporting on political corruption in the upper Cumberland area, he brought incriminating evidence to a political official. Finley was dismissed and told he was reporting fake news.

Williams said he had a similar experience reporting on state Rep. Glen Casada.

“Make no mistake about it, it’s used as a deliberate tool to avoid the story,” Williams said.

However, Williams explained the narrative has only pushed journalists to be more thorough and transparent in an effort to strengthen their relationship and trust with the public.

“I think that forces us to be more transparent,” he said. “Almost all the documents that we cite in the story — we post [them] online so the viewer can go and see those documents for themselves. If we have a long interview and only use short clips, we will usually post the entire interview so that people can see that we’re not taking sound bites out of context.”

The panel explained there are other subtle yet important ways to clue in their audience to maintain trust as well.

West said the hallmark journalism scene in movies, where reporters are chasing a subject down a hall with a microphone, is never something a journalist wants to do. The panelists said they want their audience to know those tactics are a last resort to get a word out of someone important, and oftentimes they will include in their stories all the methods they used to try to get ahold of someone before either chasing them down or reporting without comment.

“We have to be transparent to you about what we’ve done to try to speak with someone, so when you hear the ‘no comment,’ … usually, you can tell by the tone in our voices we’re not pleased about it because we want to do the best job we can, and we can’t do that unless people talk to us,” Finley said.

Depending on the scope of a story and the willingness of people to speak to journalists, the panelists explained one story can take anywhere from a few days to six months.

Williams nodded to famous journalist and author Carl Bernstein, saying, “You want to get to the best obtainable version of the truth. You want to understand it as well as you possibly can so that you’re confident, when you report that story, that you know everything there is to know.”