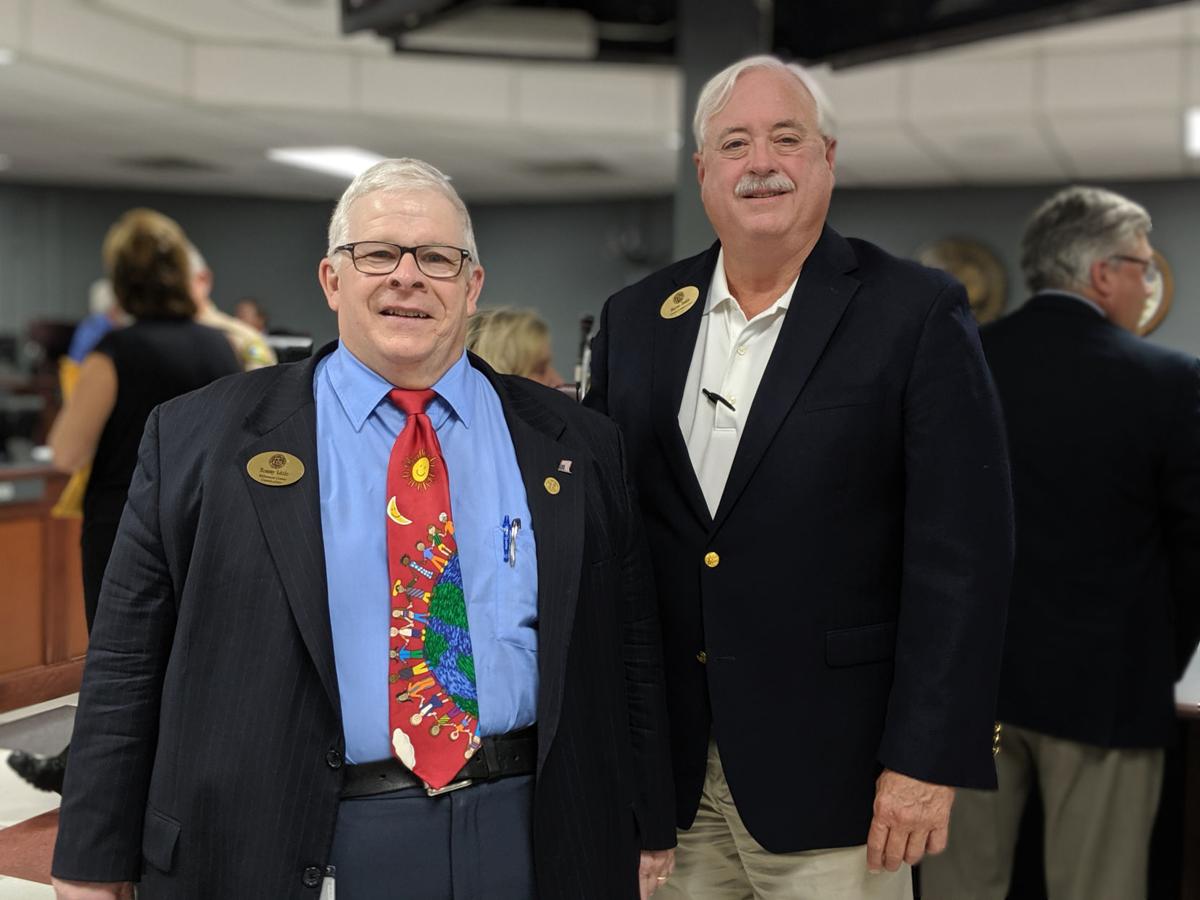 Tommy Little, left, and Steve Smith were reappointed as chairman and chairman pro tempore of the Williamson County Board of Commissioners, respectively. 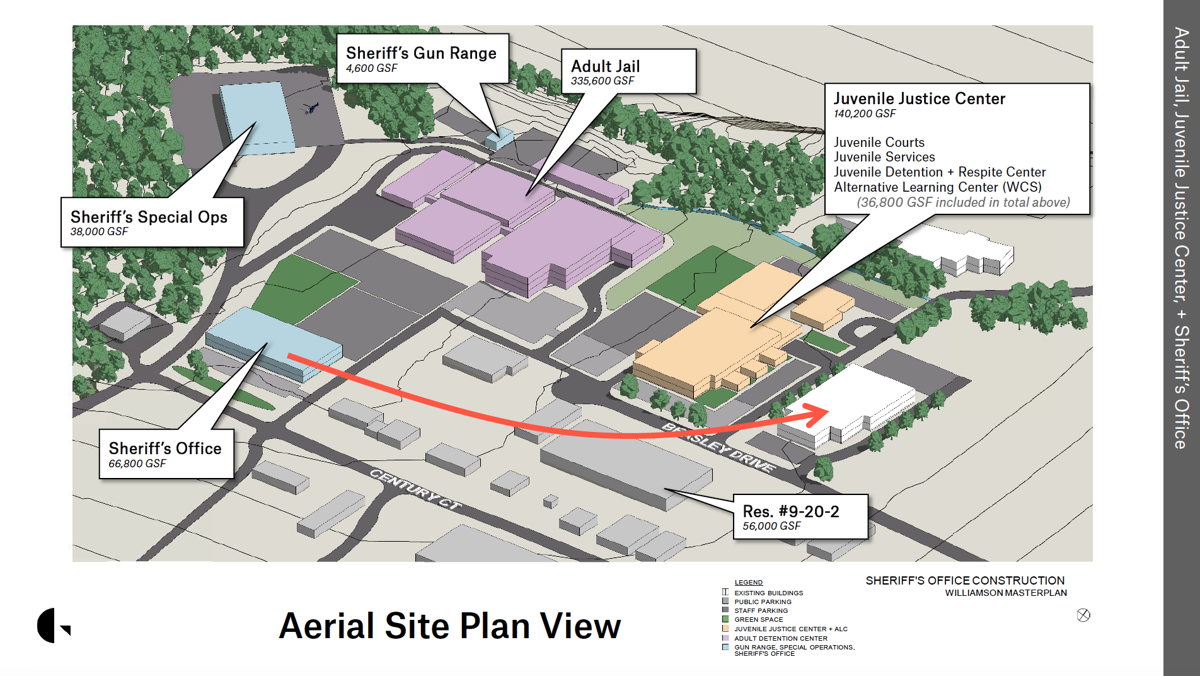 Pictured is a rendering of the site plan for the county's property on Beasley Drive, off of Columbia Avenue in Franklin. This is part of the five-year, $281 million JJJ project — the county's biggest capital project to date.

With a newly reappointed chairman, the Williamson County Board of Commissioners officially earmarked over $16 million and an additional $39.5 million in bonds to kick off what the county mayor has called the biggest capital project to-date at its monthly meeting on Monday.

The JJJ (or triple-J) project is a five-year, $281 million endeavor to improve the county jail, juvenile center and judicial buildings and shuffle around several operational groups within the justice system. This project will take place on county properties in three major areas: Beasley Drive off of Columbia Avenue, downtown Franklin and the future Williamson County Animal Center site on Old Charlotte Pike.

Conversations about the project began years ago, as the county realized rapid population growth was quickly leading towards urgent needs in its justice system, but is just now coming to fruition.

Some of the major needs the project will address, to name a few, are the creation of specially designed spaces in the jail for people who are booked into the facility and are struggling with mental illness, the construction of additional and larger courtrooms in judicial buildings, and the separation of the juvenile center from the adult jail and sheriff’s office.

To accomplish these goals, among others, one of the first steps is to build a new county archives storage building and recycling center, moving the operations of both off the county’s property on Beasley Drive.

Archives storage, which is separate from the archives center at Five Points in Franklin and is currently housed in a Beasley Drive warehouse, will move into a new facility on the same property as the new animal center, set to be finished in August of 2022. The commission approved up to $4 million to be spent on the construction of this new facility on Monday, though a team of contractors is working to reduce this price tag.

The operations of the recycling center on Beasley will move into a facility at the landfill, set to be finished in April or May of 2022. After this move, the former recycling center will be adapted to house the Williamson County Sheriff’s Office special operations, which is currently housed in the same warehouse as archives storage.

With archives and special ops out of the Beasley warehouse, it can be demolished and rebuilt into a new juvenile justice center, which is set for a May 2024 finish.

In downtown Franklin, the court buildings will be significantly renovated and expanded as well.

“We feel like we’re probably going to have some savings by reusing some of these buildings,” said Jim Cross, the owner of Oversite, a development contracting firm overseeing the JJJ project. “Some of our preliminary analysis is, by putting the sheriff’s office in the 300 [Beasley Drive] building, there will be several million dollars’ worth of savings that we can get. … So we’re trying to find ways to maximize what we already have and spend as little money as possible.”

Cross shared that, while construction costs have increased recently nationwide, the original cost projections for the project accounted for escalation, so he doesn’t anticipate any significant discrepancies.

“By the time construction starts on this, we really think that some of those prices are going to start to level out,” he said.

“I just think we owe them a great deal of thanks,” Anderson said of the agencies.

The city of Franklin and Williamson County EMA have also sent teams to Louisiana to offer support after Hurricane Ida.

“Our priority is taking care of Williamson County, and when we can go on the road and help others, that’s what we do,” said Bill Jorgensen, the county’s public safety director.

Williamson County Schools also lent two surplus school buses to Humphreys County and worked with the school system to determine if it could meet additional needs.

Also during the course of the meeting, the commissioners reappointed Tommy Little as chairman and Steve Smith as chairman pro tempore.

Little has served as chairman since 2018 and as a commissioner since 2006.

“It’s an honor,” Little said, mentioning that his goal is just to keep meetings running efficiently and managing any conversational tangents. “I’ve had no opposition at all since I’ve run. … It’s humbling, but I really enjoy this.”