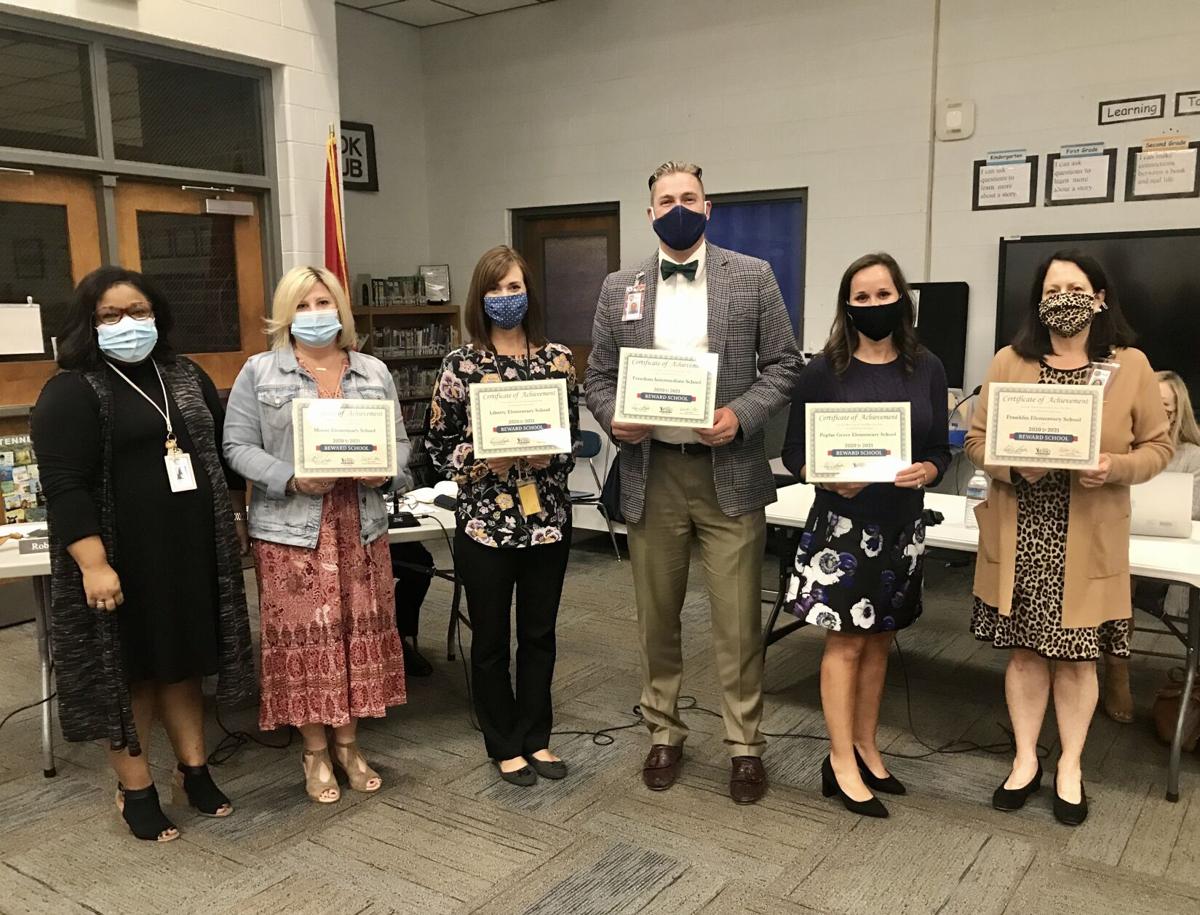 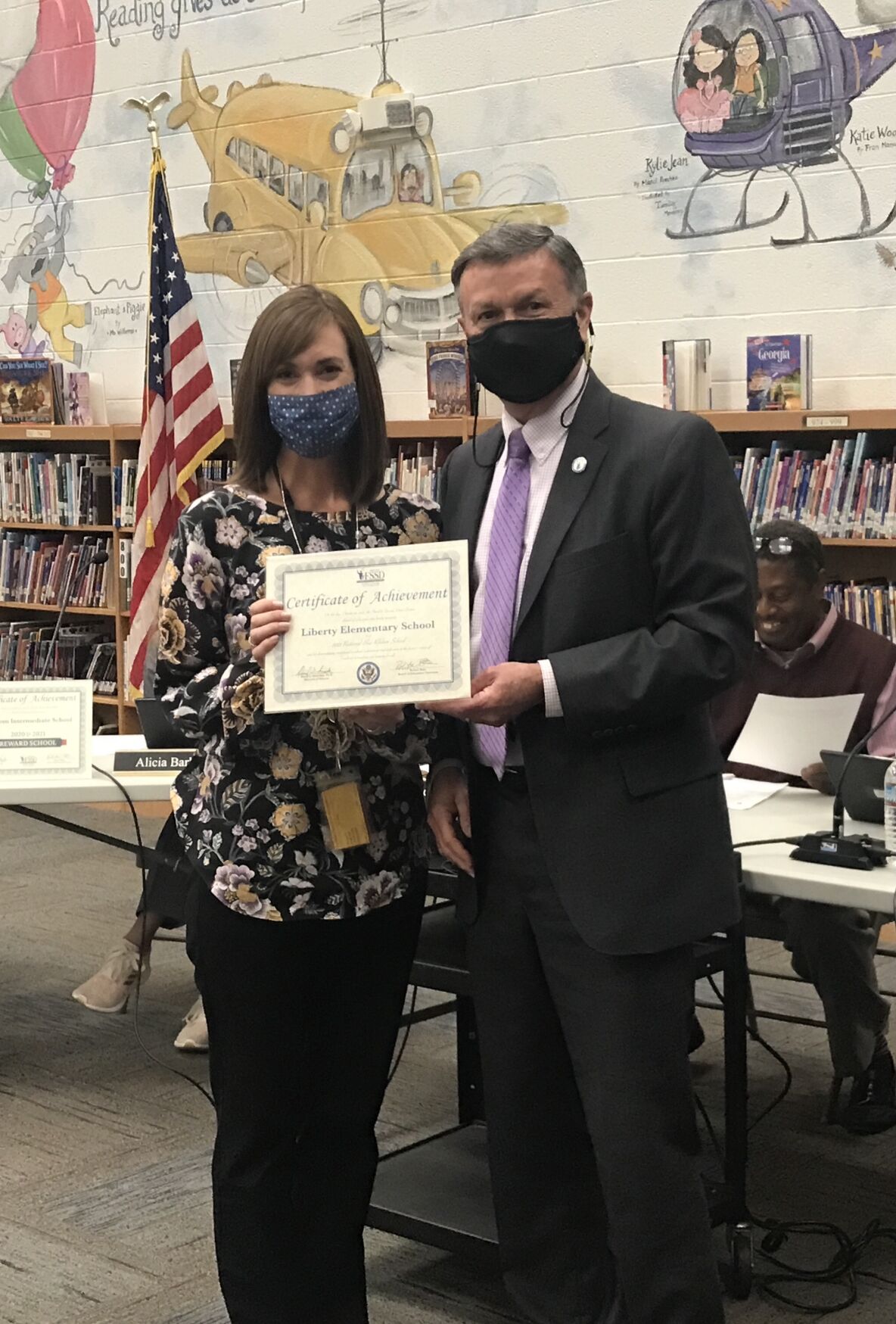 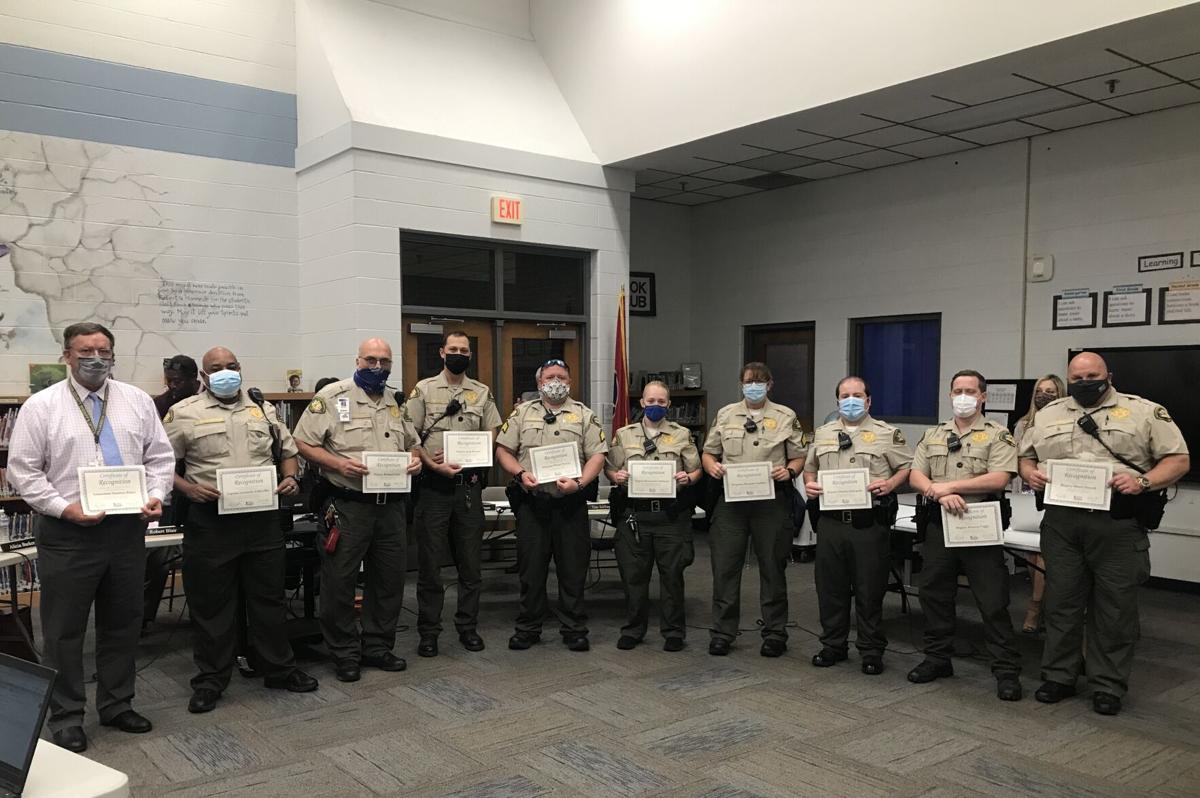 Franklin Special School District recognized its student resource officers at a school board meeting in October 2021. 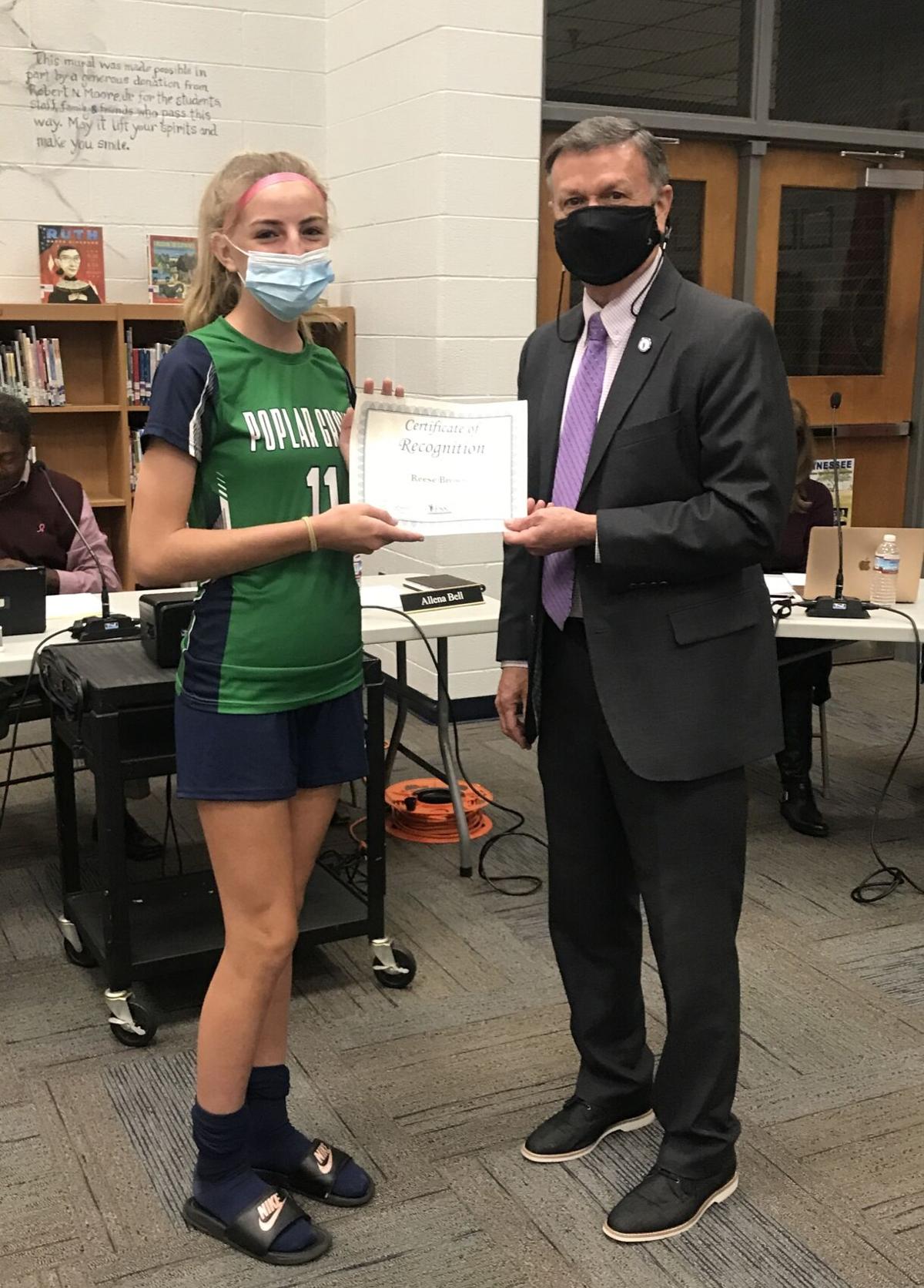 Franklin Special School District recognized its student resource officers at a school board meeting in October 2021.

A new sick leave policy for school district employees who contract COVID-19 was passed by the Franklin Special School District Board of Education at its meeting Monday night.

Discussion on the new policy was tabled from the board’s September meeting. It’s the same policy that the district implemented last school year, which expired on June 30 and was deleted by the board at its July meeting.

The policy gives employees 10 days of sick leave if they are diagnosed with COVID-19, regardless of their vaccination status.

“Due to the fact that many personnel have been negatively impacted again this year by COVID-19, we believe it is prudent to provide this COVID leave,” Director of Schools Dr. David Snowden said.

According to Snowden, as of Monday the district has had 52 employees this school year test positive for COVID-19, leading to 390 total sick days, an average of 7.5 days per employee. A total of 79.5 substitutes have been used to cover those days.

“As noted, some positions don’t require subs, and in many cases, classes were covered by internal staff due to not having enough subs available,” Snowden said.

The district received advice from its lead general counsel, Chuck Cagel, that it should not exclude any employee from the sick leave policy, even if they chose to not get vaccinated against COVID-19.

“I’m not an attorney and don’t pretend to be an attorney,” Snowden said. “I’m going by what legal counsel says.”

During discussion about the policy, board member Alicia Spencer Barker asked if the district is anticipating school districts being forced to require vaccines for employees. Snowden said some districts in Tennessee are already mandating vaccines for employees, but FSSD will follow the guidelines issued by the Occupational Safety and Health Administration (OSHA).

“We’re still waiting for OSHA to determine that. That’s been a slow process,” Snowden said. “Whether or not that will apply to school districts, we don’t know. … If OSHA does say that certain entities have to require vaccinations to continue to work, and school districts are a part of that, then we would have to abide by that. I haven’t seen anything in writing that indicates that’s going to happen for certain.”

The board passed the sick leave policy unanimously on first reading, waiving the second reading.

The school board also made a proclamation, read by member Robin Newman, that Nov. 8-12 will be Be Nice Week throughout the district.

“The FSSD will systematically seek to develop a community of learners that emphasizes academics along with kindness, encouragement, caring and compassion,” the proclamation read, in part.