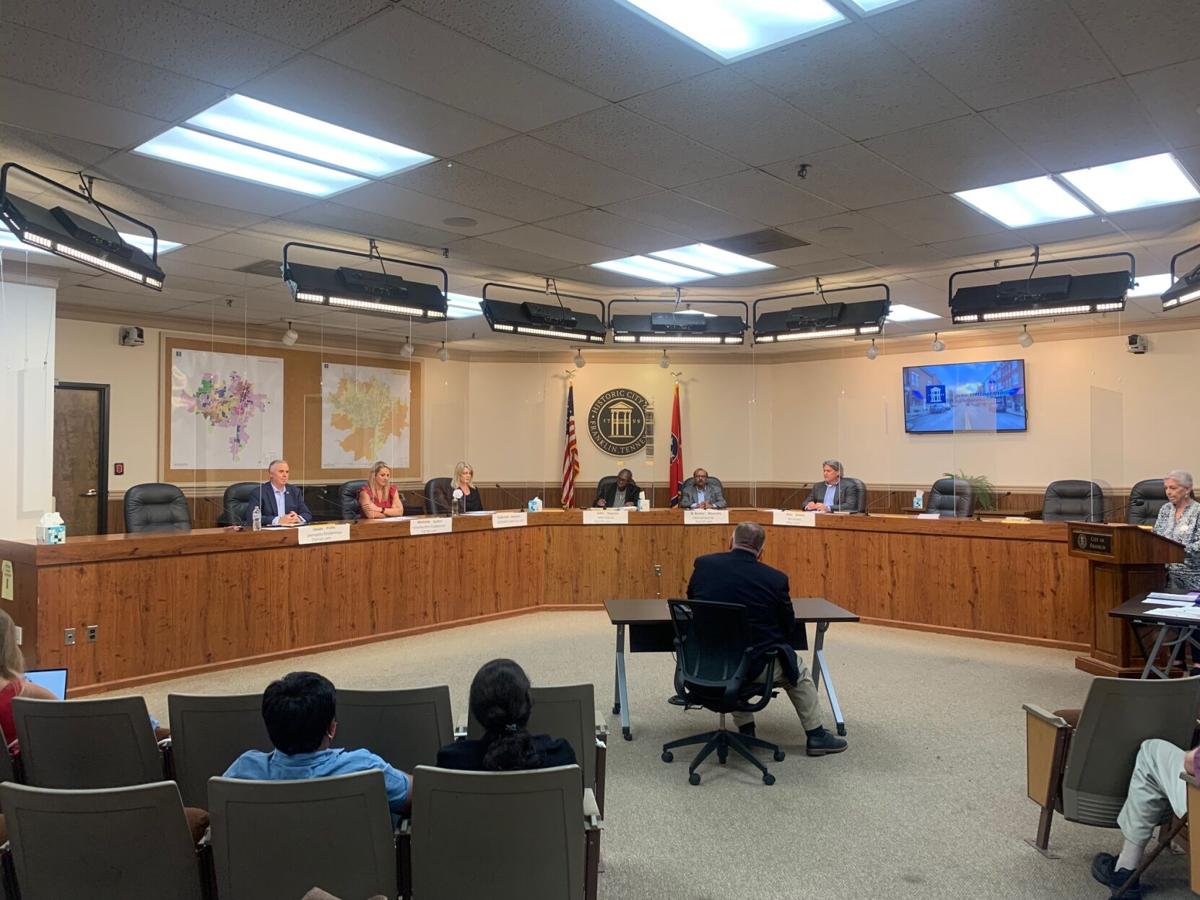 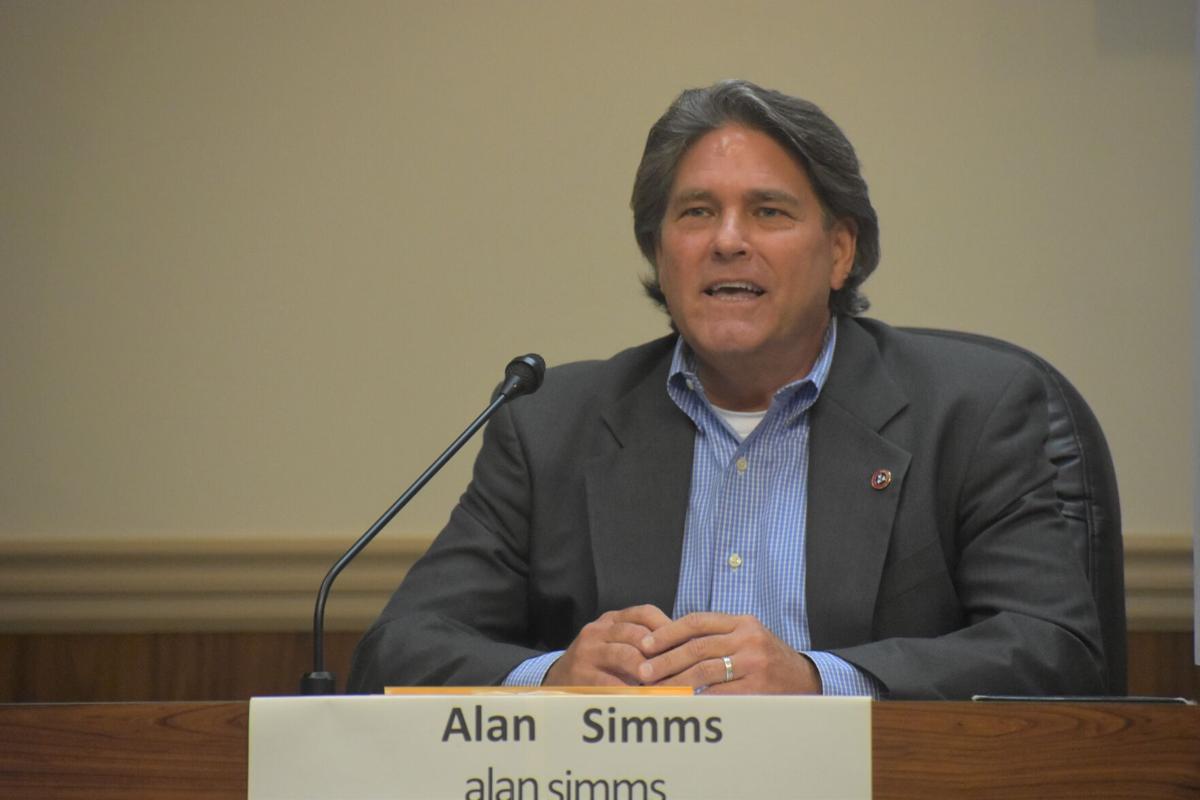 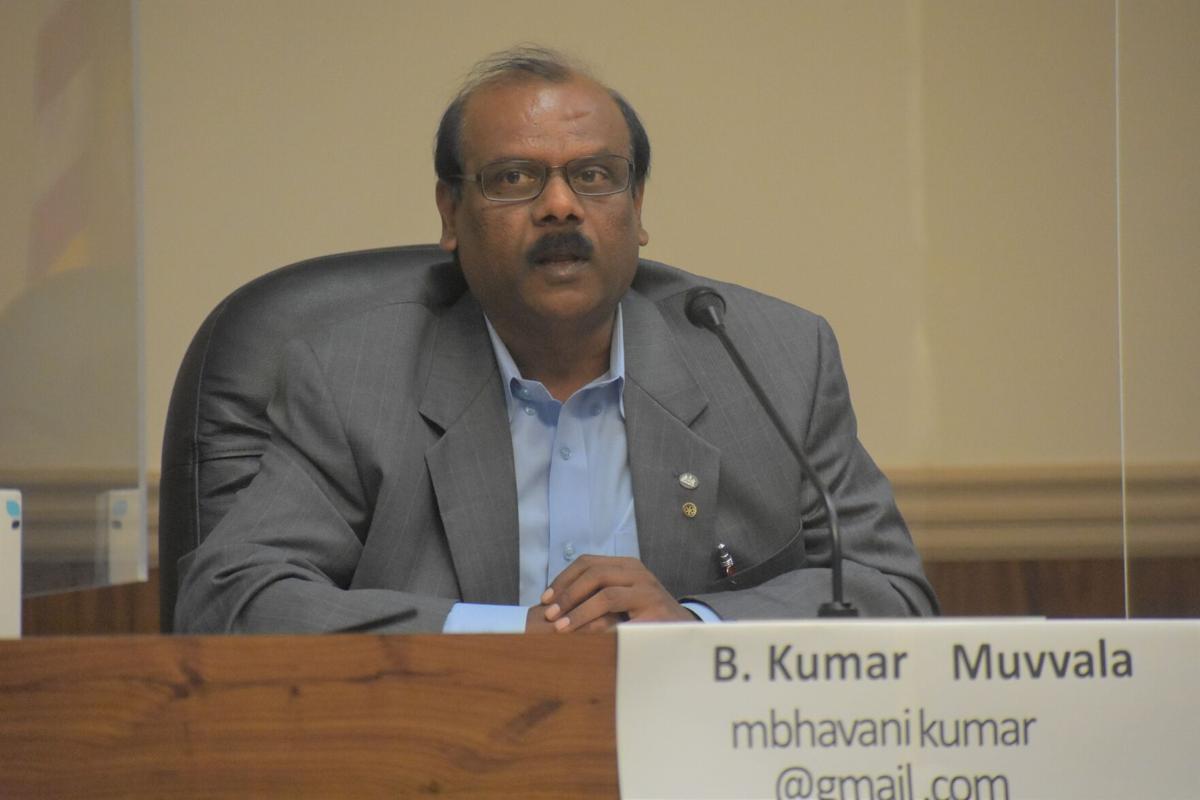 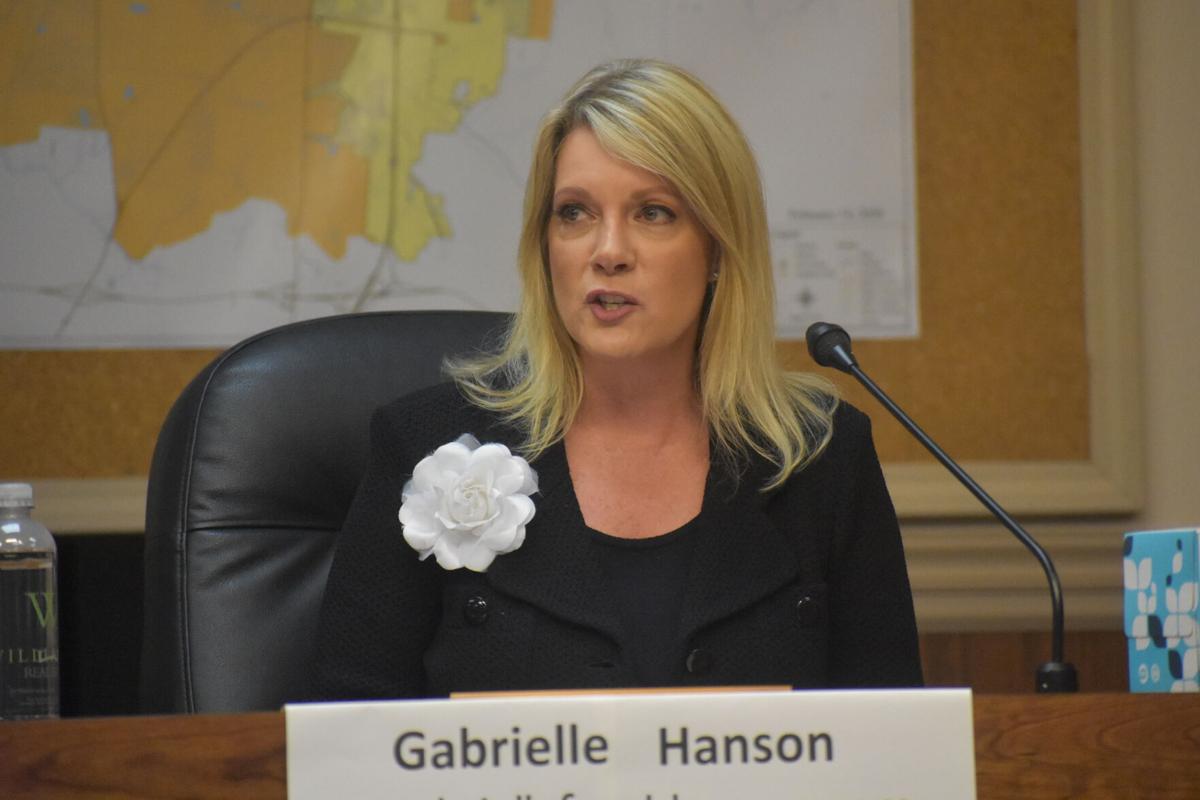 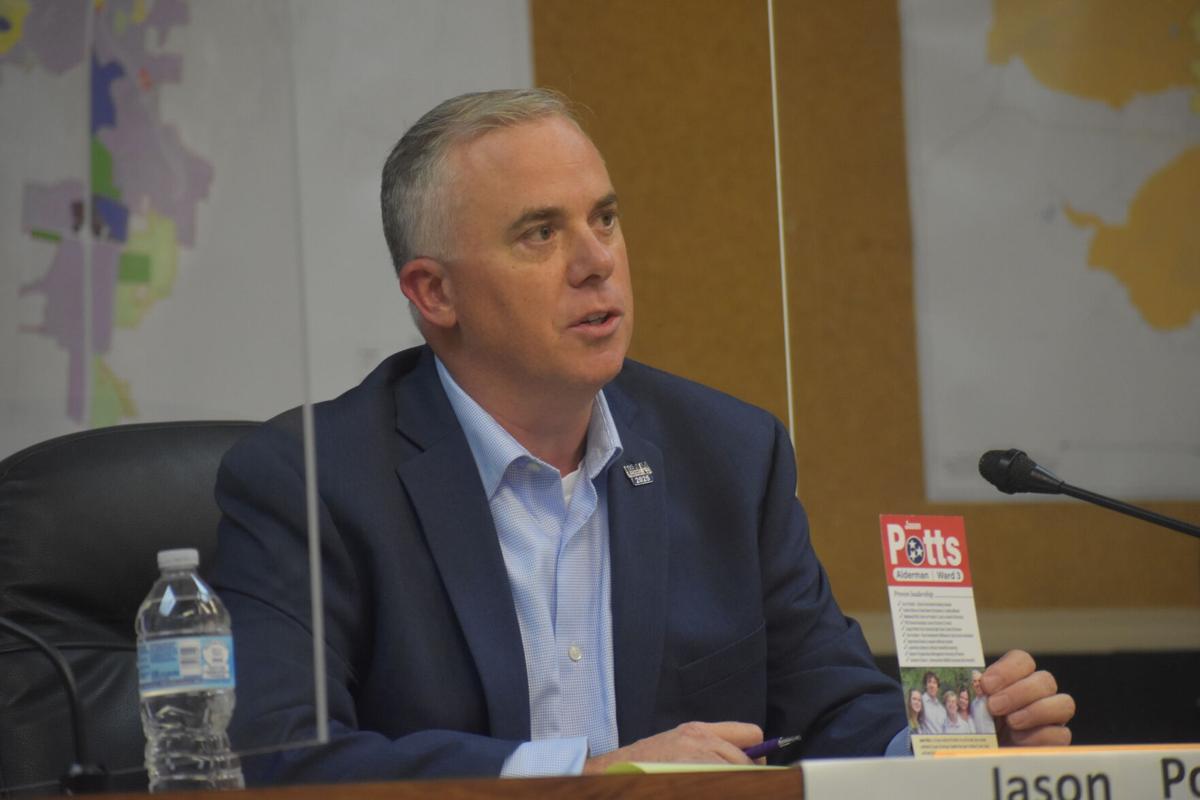 Jason Potts is running for Franklin alderman in Ward 3. 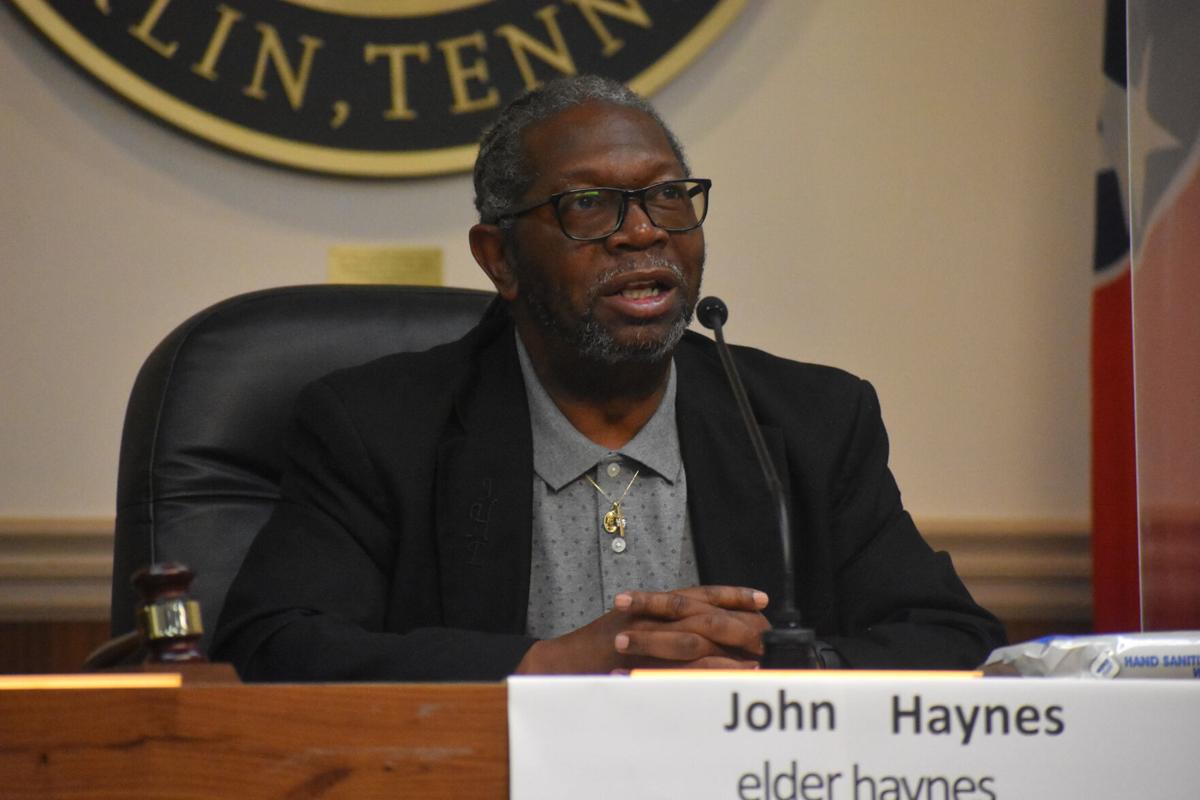 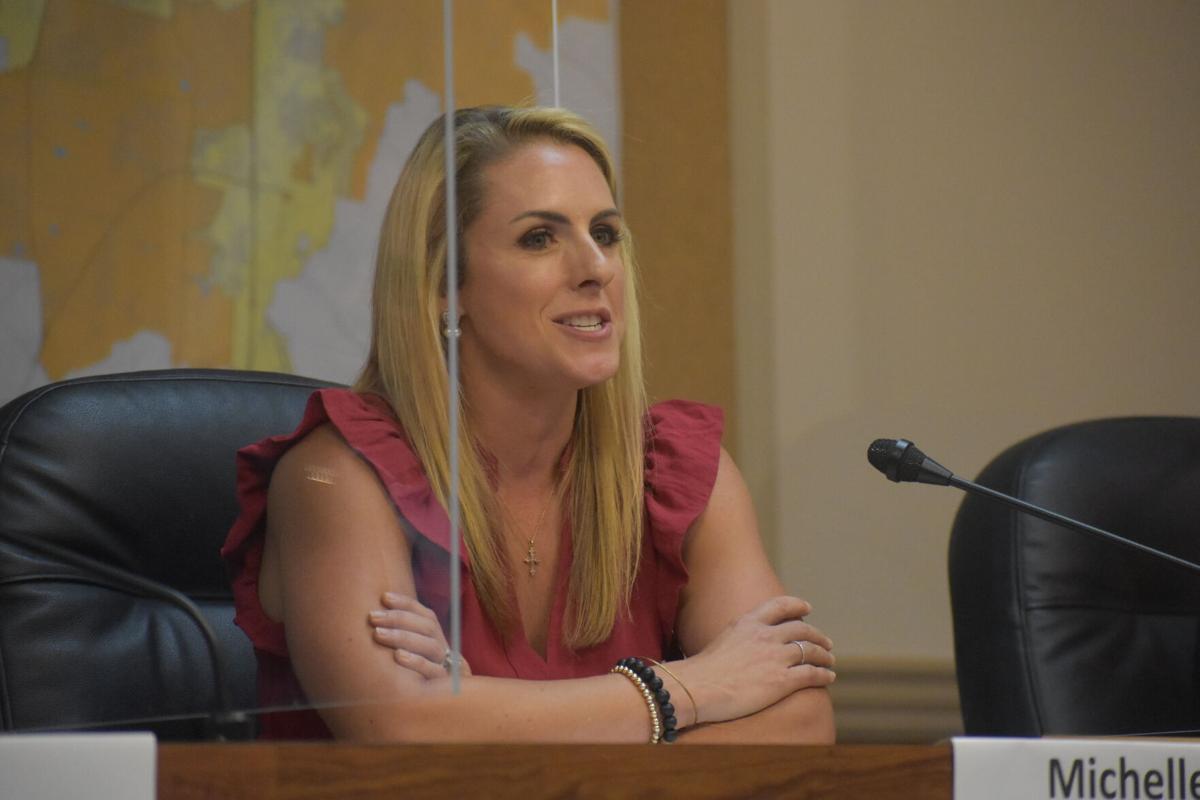 Michelle Sutton is running for Franklin alderman in Ward 3.

Jason Potts is running for Franklin alderman in Ward 3.

Michelle Sutton is running for Franklin alderman in Ward 3.

Tuesday marked Franklin’s second candidate forum in the past week, with those running for Ward 3 and at-large alderman seats weighing in on relevant city issues pitched by moderator Tom Lawrence.

Williamson County’s League of Women Voters is a newer branch of the national, nonpartisan organization that was organized over 100 years ago.

Due to the large number of candidates in this year’s election cycle, two forums were held; those running in Wards 1, 2 and 4 took part in the first one last week.

Running for Ward 3 are Jason Potts and Michelle Sutton. Gabrielle Hanson, John Haynes, Bhavani Kumar Muvvala and Alan Simms are running in a special election for the at-large seat left open after the death of Alderman Pearl Bransford last November.

Lawrence, radio host with WAKM AM-950, went off script with the first question, asking candidates what can be done to combat suicides in the community.

It’s a topic that Franklin Police Chief Deborah Faulkner and Mayor Ken Moore have both been vocal in advocating awareness for and drawing attention to resources, like QPR training.

Hanson, a Westhaven resident and Realtor running for the at-large seat, said she’d like to see coping skills, like those taught at psychiatric hospital Rolling Hills, incorporated into Williamson County Schools and other programs where adults and children could benefit.

Simms said he wants to offer an inclusive message to Franklin residents of belonging and recommended the QPR training offered through the city’s Find Hope Franklin initiative.

Other questions ranged from topics like broadening tourism initiatives and incorporation of the Franklin Special School District into Williamson County Schools, to updating Franklin’s planning documents and the role city government should play in affordable housing.

Candidates agreed that dealing with the school system doesn’t fall within BOMA’s scope, and expressed different opinions on what would be best for children.

Simms said he’s heard the terms “attainable,” “workforce,” and “affordable” all used interchangeably, and noted a need to define what the goal is.

For Simms and Potts, affordable housing is necessary so workers in fields like law enforcement and teachers can afford to live in the communities they serve.

Sutton said government incentives offered to developers willing to create homes at a lower price point could be part of the solution, an idea echoed by Potts as well as others during the forum.

“We’re never going to have many. We just don’t have that much space,” Hanson said. “But we could begin to make a little bit of a dent and let some people have their dreams come true of living in Franklin.”

Haynes, the only Black candidate in the race, noted the number of African Americans who have left Franklin over the past few decades due to the rising cost of living.

“We talk about the teachers, the policemen, the firefighters, but there are people at a lower standard than that who have spent their lives here in Franklin, and now they’re not able to afford to live here,” he said. “To me, that’s ridiculous. I think that with all the collaborations with the government, as well as the nonprofits, there is a way that we can deal with this situation and not push the people that love and were born and raised in this city out.”

Envision Franklin, the city’s guiding planning document, was created in 2017. Candidates said they support the document, but added some thoughts on keeping growth under control.

Simms said he’d like to target preservation in the document, which he noted isn’t really mentioned in its current form. Potts said he wants to see an emphasis on more multi-use paths throughout the city.

Muvvala said he would like for citizens to weigh in every five years to give feedback for revisions of the document.

Both Hanson and Sutton pointed out recent plans to update the Urban Growth Boundary, saying they want to be careful with any changes and how small things impact the overall goal.

Franklin voters who want to participate in the city’s municipal election on Tuesday, Oct. 26, must be registered by Monday, Sept. 27.

Interesting take by the author:

"Haynes, the only Black candidate in the race, noted the number of African Americans who have left Franklin over the past few decades due to the rising cost of living."

Mr. Haynes did not mention race at all. Even in the quote provided there was no mention of race, only "people at a lower standard".