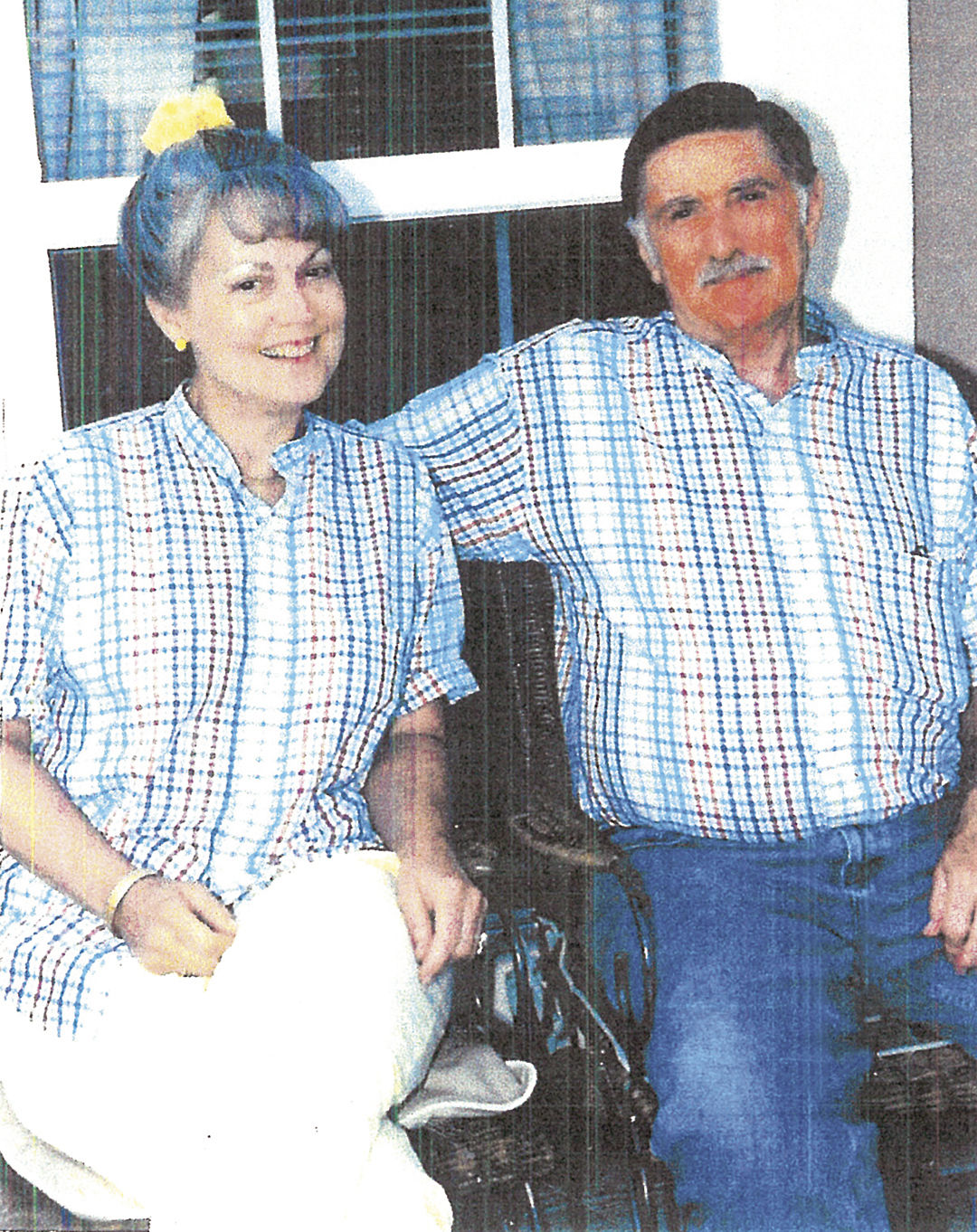 Jackie and Dean Nichols would sometimes wear matching shirts when they would go square dancing. 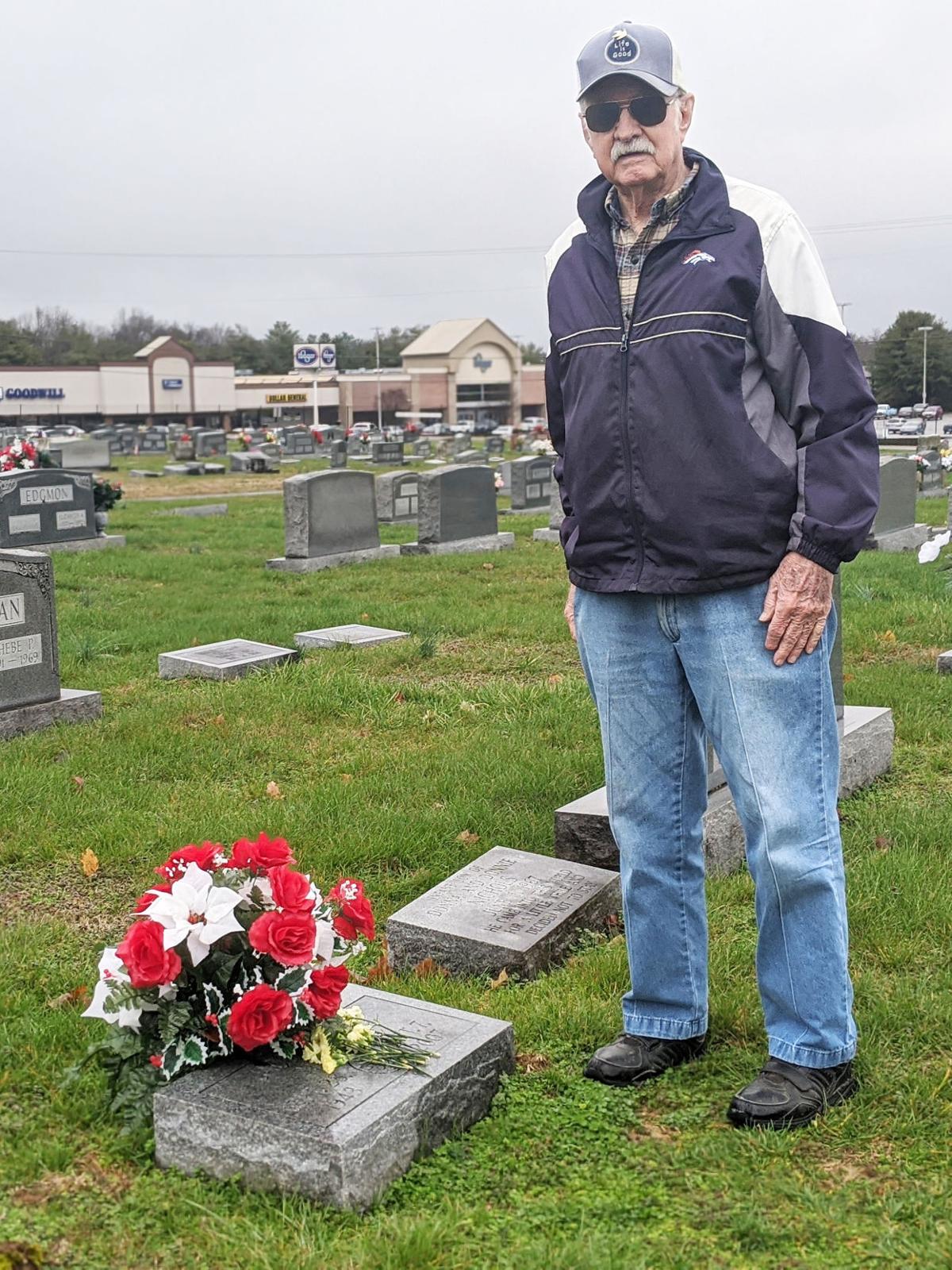 About once a week, Dean Nichols buys a bouquet of flowers in shades of yellow or purple — his wife’s favorite colors — and lays a few down beside her each day as he prays.

Jackie and Dean Nichols would sometimes wear matching shirts when they would go square dancing.

About once a week, Dean Nichols buys a bouquet of flowers in shades of yellow or purple — his wife’s favorite colors — and lays a few down beside her each day as he prays.

For most, buying a bouquet of flowers is reserved for Valentine’s Day and other special occasions, but for one Williamson County resident, flowers are part of an everyday routine to remember his wife.

For 12 years, five months, and six days, Dean Nichols has spent his mornings laying flowers at his wife’s grave. He tries to get purple, lavender or yellow flowers. Those were Jackie’s favorite colors.

Jackie was creative. She decorated cakes with cute themes, from Mickey Mouse to concrete trucks, Blue’s Clues, rocking horses — whatever particular interest struck the kids she nannied. She also was detailed. She kept books of coupons and rebate records — when she mailed the rebate, how much she ought to have received, when she received it.

Jackie and Dean Nichols became known as “Nanny and Mr. Dean” to the kids she cared for, and Nanny and Mr. Dean were known for their love for each other. A church friend, Craig Daliessio, wrote in his book, “The Ragamuffin’s Christmas”:

“Dean is a dear man and I look up to him as a sort of father-figure/older brother. He loves baseball, as I do. He loves woodworking and construction. But more than anything on earth … more than any definition you could attach to Dean Nichols … he loves his wife.”

In 2006, Dean invited some friends to Bonefish Grill on Sept. 28 to celebrate Jackie’s birthday. She said it was the best birthday she’d ever had. But after a seven-month battle with breast cancer, she didn’t live to see her next birthday. To this day, Dean and that group of friends meet in the same booth at Bonefish Grill every year on Sept. 28.

Dean was understandably devastated by the passing of his best friend and wife of 35 years, but as he spends each morning reading his devotional, placing a kiss on worn pictures of his wife, driving down to section L of Mt. Hope Cemetery and praying by her side, she has led him into a world of new experiences.

“There’s a lot, you know,” he said. “This is more than just me putting flowers on her grave. I’ve written a book about my Jackie, and my Jackie was something.”

As Dean flipped through his book of stories, drawings, old letters and cards, he shared the many adventures Jackie has led him into, even after her death.

Shortly after Jackie died, Dean would eat at Cracker Barrel nearly every morning after visiting his wife’s grave. After a while, he had befriended many of the servers at the restaurant, most notably a girl named Brittany.

“(She) reminded me a whole lot of Jackie,” he said. “And I found out that she had a really, really rough life, and I saw her over a period of years. I guess I became a friend and a confidante and somewhat of a mentor for her.”

As Brittany had three children in three different relationships before ending up with her current husband, Dean remained a support, taking her to the hospital, helping her get a job, sending her and her husband to a marriage seminar at his church.

When Brittany had her fourth child, at 6:28 p.m. on Sept. 28, when Dean and his friends were sitting in that one booth at Bonefish Grill, she named the boy Josiah Dean after her mentor. Dean calls this an “only God” moment, one of the many he has bookmarked throughout his life.

As he told these stories, he wore a Life is Good baseball cap with a white dove pin sitting above the words. The white dove symbolizes a common thread in some of his other “only God” moments.

He said that when his wife was going through her first chemotherapy treatment at Williamson Medical Center in 2007, a flock of white doves flew back and forth in front of the window. They returned again a month later during her second treatment. Dean said the hospital staff told them they had never seen the doves there before.

“I don’t know whatever happened to the white doves except, when Jackie … passed away, there was a white dove that was sitting on the ledge of the window right outside her room,” Dean said.

White doves have continued to follow Dean throughout his life, appearing even on his trip to the Jordan River in Israel, where he had the opportunity to then share the story of Jackie and the white doves with those around him. He had his wife’s headstone engraved with a white dove, and every time he replaces a tattered Life is Good hat with a new one, he secures the white dove pin in its place above the brim.

He said one thing ties all these white dove stories together — “only God.”

Even after her passing, Jackie has continued to lead Dean into loving community, whether at Bonefish Grill once a year, at a Cracker Barrel breakfast table or at the Jordan River halfway across the world.

“The Lord has truly blessed me,” he said. “He truly has, with people, places, situations, with a little bit of everything.”

Over the years, Dean’s friends tried to set him up with dates, but he never had a desire for anyone new.

“My Jackie is absolutely irreplaceable in my heart and mind,” Dean wrote in his book. “And I think I love her now more than ever.”