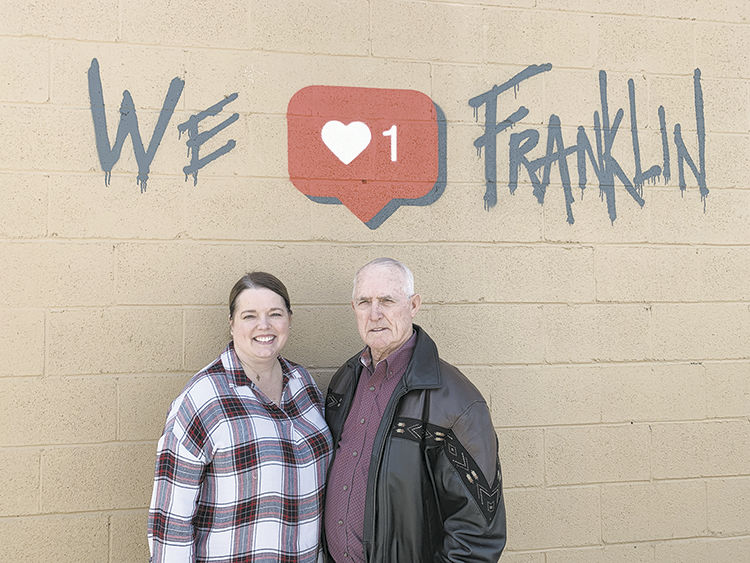 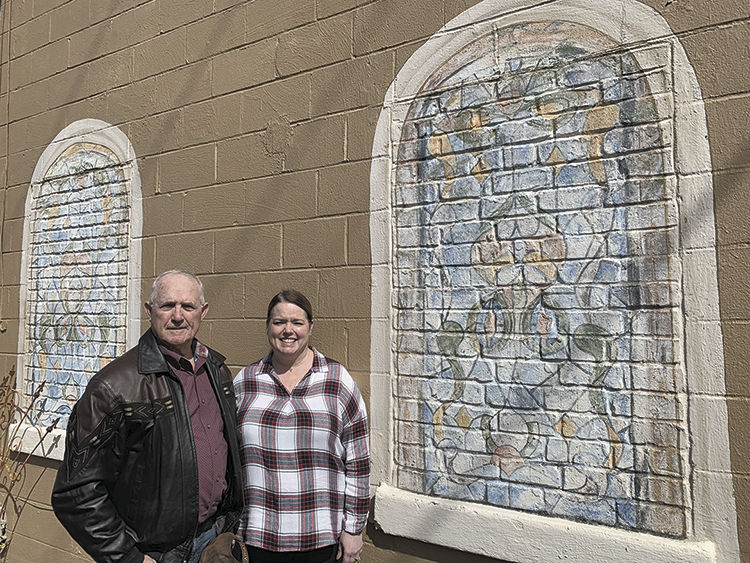 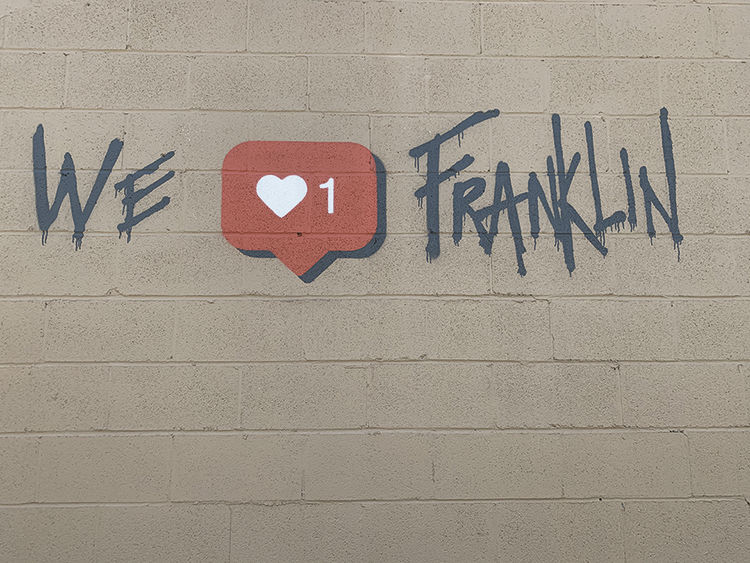 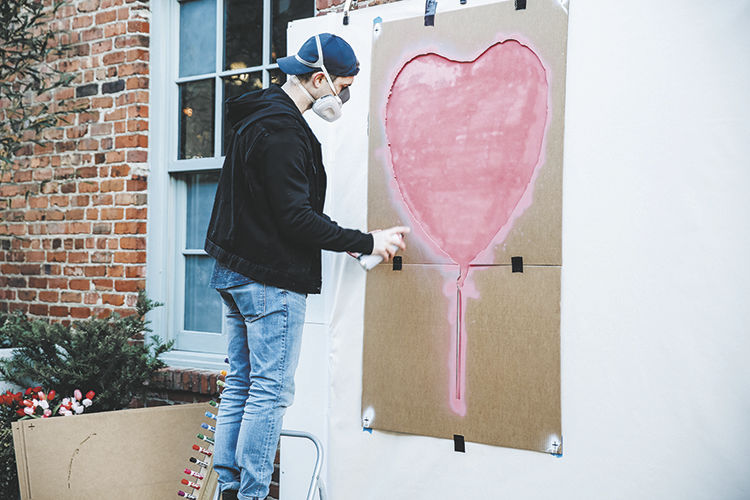 Artist forBecks is a Nashville native who learned the craft of street art in Los Angeles before returning to this area. 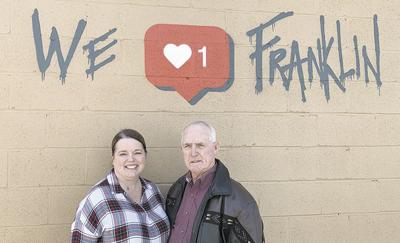 Artist forBecks is a Nashville native who learned the craft of street art in Los Angeles before returning to this area.

When Dwight Lynch bought the dilapidated building at 144 Bridge St. in downtown Franklin, he never dreamed it would be become a place for others to snap a photo of their memories, especially Instagramers.

Lynch, a Williamson County native, bought Riverside Franklin in 1996 and was looking to add a little bit of color to his antiques store to attract customers while also combining his love for stained glass.

The stained-glass-inspired window murals painted on the Second Avenue side of Riverside Franklin were only the beginning.

After 21 years, his daughter Lynda McGuire took over running the family business, and she had another creative vision to enhance the building.

“I don’t ever want the stained-glass murals to go away. That’s a piece of (Lynch) here at Riverside,” Lynda said.

She and her husband Tom say they believe the stained-glass mural gives the building distinct character and makes it memorable.

In January, the couple was looking to add another mural to the opposite side of their building, something that shows their love for Franklin while also attracting customers.

“Franklin is such a great place to live, work and visit, so we just had this idea of showing our pride in the city of Franklin,” Tom McGuire said.

After browsing the social media app Instagram, the couple discovered artist Chris Tidwell, aka forBecks. They both admired his portfolio of work, which can be seen all over Nashville.

Ultimately, the McGuires said they believed Tidwell could create another mural to make their building distinctive.

When forBecks got the call from Riverside Franklin, he was “immediately in,” and it also became a historic moment in his career.

“When I got the call from them, it was honestly the first commissioned piece, officially, I had ever done,” he said.

ForBecks is a Nashville native who moved to Los Angles in 2005 to pursue creative endeavors, with one of those being street art.

“I immediately fell in love with it,” he said.

For nine years, forBecks spent time learning the craft in Los Angles before heading back to his hometown. Now, the completely self-taught artist has branched out with numerous works scattered throughout Nashville neighborhoods such as the Gulch.

“I expected that in this experience as an artist that I would go from putting up things (street art) in the middle of the night, illegally at times, to eventually getting commissions to do murals on walls, or gallery shows.”

ForBecks says art, for him, is a mainstay, his chosen “forever” career.

“I’m in this artistic endeavor and pursuit that will be a forever thing for me,” he said. “The idea for me is to be able to get as much art out there so that people can hopefully have some kind of experience, and that’s for them to decide what kind of experience that it is.”

As forBecks began work on the mural at Riverside, teenagers and families alike noticed and gathered around, eagerly waiting to be the first to take a photo with the iconic Instagram “like symbol,” spelling out “We heart Franklin.”

“I was probably 10 steps away after finishing the piece and they were already snapping photos,” he said. “It was great to see that it’s already been met with a positive response.”

The Franklin mural has gained a lot of momentum and “more attention than any of the other pieces that I’ve put up so far,” forBecks added.

ForBecks thought of the idea to incorporate an Instagram “like symbol” after seeing how common it is in today’s culture.

“It’s so relevant and current in our day and age,” he said. “It was purely about getting people to have an experience that was easily recognizable.”

With so much positive traction, forBecks is planning to further his art career by creating larger artwork and traveling to other U.S. cities and countries making art.

ForBecks’ Instagram account is filled with people who have posed next to his increasing portfolio of artwork around Nashville and now Franklin. For him, the photos reflect his belief and vision for the future: “Art is everywhere, and it’s for everyone.”

The McGuires agree that their new mural is garnering a lot of attention, and they are seeing increased traffic in their store.

“We’ve definitely had a lot of attention,” Tom said. “I think it has driven a little bit of business in.”

“It really has taken off,” Lynda said. “We’ve had so many people from Nashville that had never been to Franklin come down and take photos.”

Lynch is also proud of the new mural added to Riverside Franklin.

“I’m proud of it,” Lynch said. “I’m proud of my daughter and her husband for the way they’re promoting Franklin.

The city of Franklin’s Public Arts Commission is accepting applications and proposals. Public art includes all art on public property as well as art staged on private, non-residential property for viewing by people from the public right-of-way. This includes murals painted on the sides of buildings viewable from the public right-of-way. For more information, visit www.franklintn.gov/publicart.