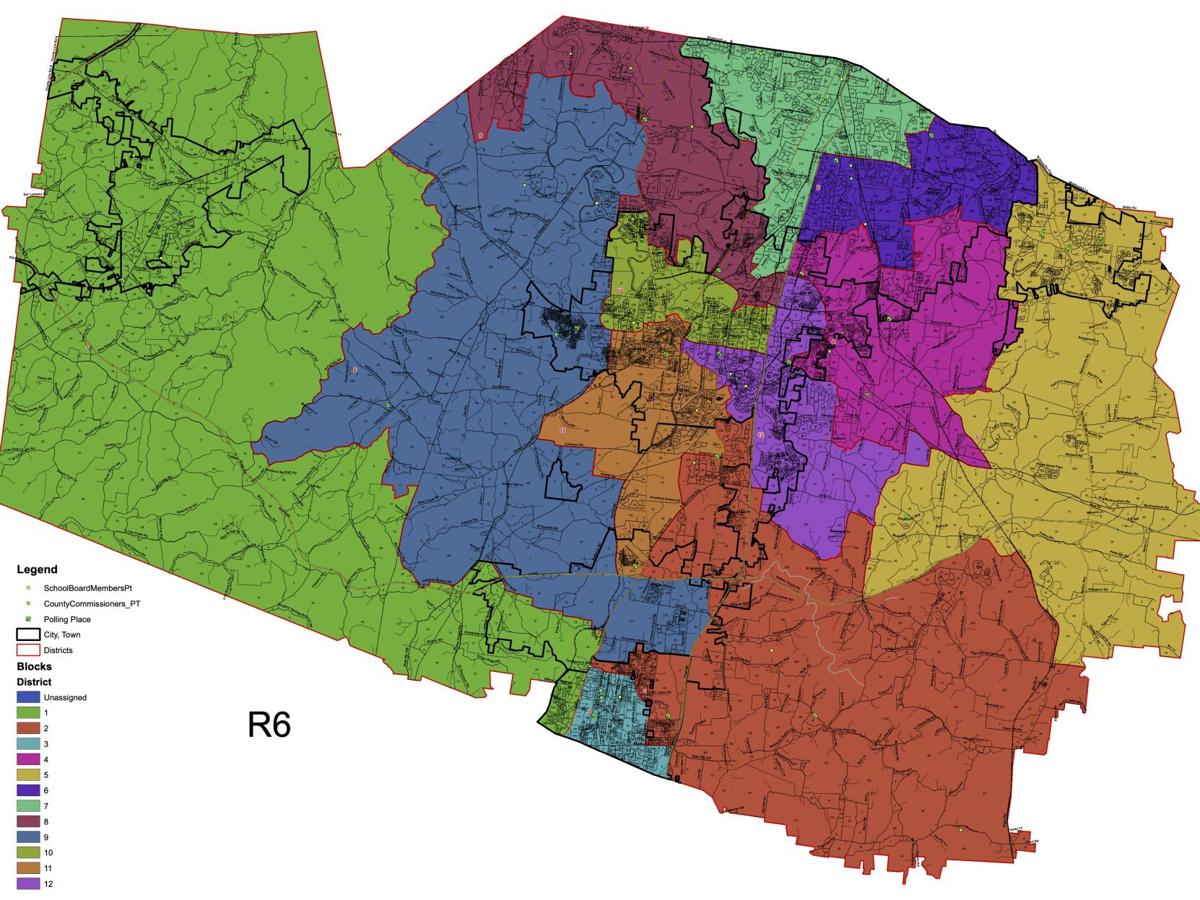 The map sent to the Williamson County Commission by the county's reapportionment committee. The county commission has the option to approve the recommended map during the commission’s Nov. 8 meeting. 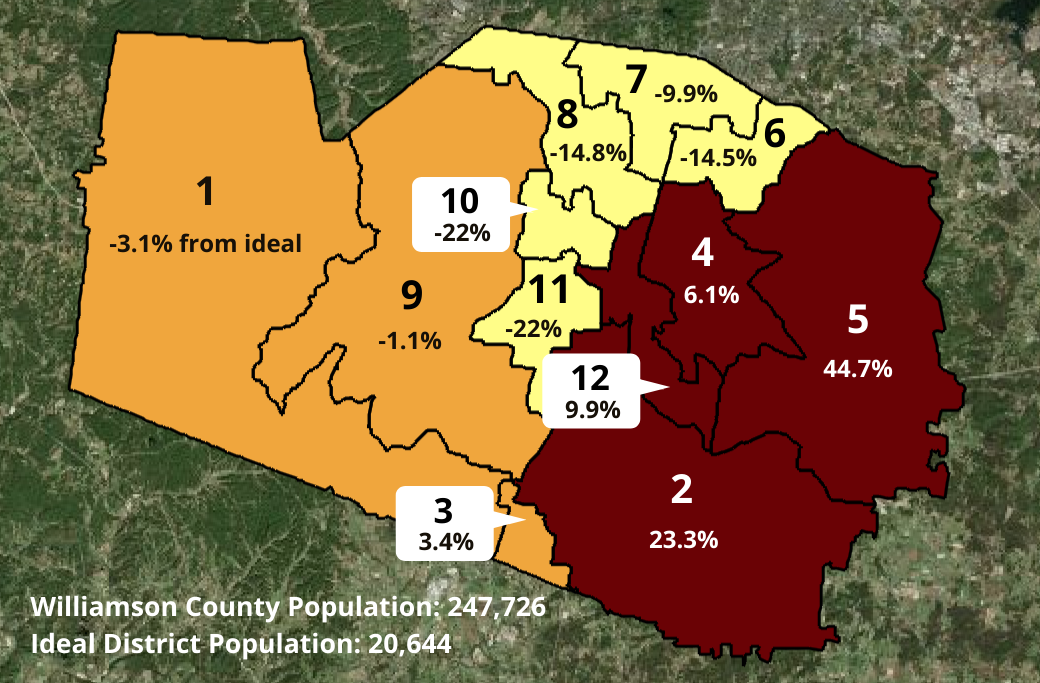 Pictured are the current Williamson County Board of Commissioners and Board of Education districts along with their respective deviations from the ideal population of 20,644 according to the 2020 U.S. Census.

The map sent to the Williamson County Commission by the county's reapportionment committee. The county commission has the option to approve the recommended map during the commission’s Nov. 8 meeting.

Pictured are the current Williamson County Board of Commissioners and Board of Education districts along with their respective deviations from the ideal population of 20,644 according to the 2020 U.S. Census.

The committee met five times over the course of several weeks and achieved its goal of redrawing district lines before the November meeting, even though the official deadline for the committee to submit new districts to the state is Jan. 1, 2022.

Every decade, Williamson County government is responsible for shifting the boundaries of its 12 voting districts. This impacts members of the board of commissioners and board of education so that each district contains close to equal populations. The purpose of this reapportionment process is to provide equal voting representation to all Williamson County residents.

“The most prominent difficulty we face when redrawing district lines is keeping the original core of the district from the last census, along with the commissioners and school board members in their districts,” said Perry Perritt, the information technology coordinator for Williamson County.

“District 5 is probably the most changed because it grew the most,” Morton said. “The fifth district had to sort of condense itself onto the city of Nolensville. Districts 10, 11, and 12 are pretty much just Franklin. These districts have some unincorporated areas, but they are mostly just Franklin. What we are seeing now is Nolensville becoming its own center.”

Williamson County’s population is 247,726, according to the 2020 Census. So, the ideal population for each district is roughly 20,644. Each district has to be within 5% above or below that number.

The western parts of the county (Districts 1 and 9) are within 5% of the ideal population, however, the eastern part (Districts 2, 4, 5 and 12) needs to shrink, especially District 5, which grew so fast that, for a time, it was underrepresented.

“This is significant only for the reason that we made it insignificant, and corrected the error that just happens overtime,” Morton said. That’s part of the reason we go back and do this every 10 years.”

Each district is contiguous, so, when one district shifts, those next to it have to shift, creating a domino effect. This means that every district can expect at least minor changes to its boundaries. Furthermore, district lines cannot be drawn in order to intentionally grant a majority or minority of voters more representation within a district. For example, there are legal restrictions surrounding how districts retain racial and ethnic minority groups.

“We couldn’t keep everything the same,” Morton said. “Something had to change, and once one thing changes, it triggers a domino effect.

“What we saw through the process when a tweak was made is that it would affect something else, which would generate a different question or concern. The best map is one that makes everybody a little happy and a little unhappy, because nobody ever likes to have anything changed, but hopefully they all have to change a little bit.”

The Williamson County Commission has the option to approve the recommended map during the commission’s Nov. 8 meeting. If approved, the map will officially draw district lines that will be in place for the next 10 years.

Can we get a copy of the new map please.