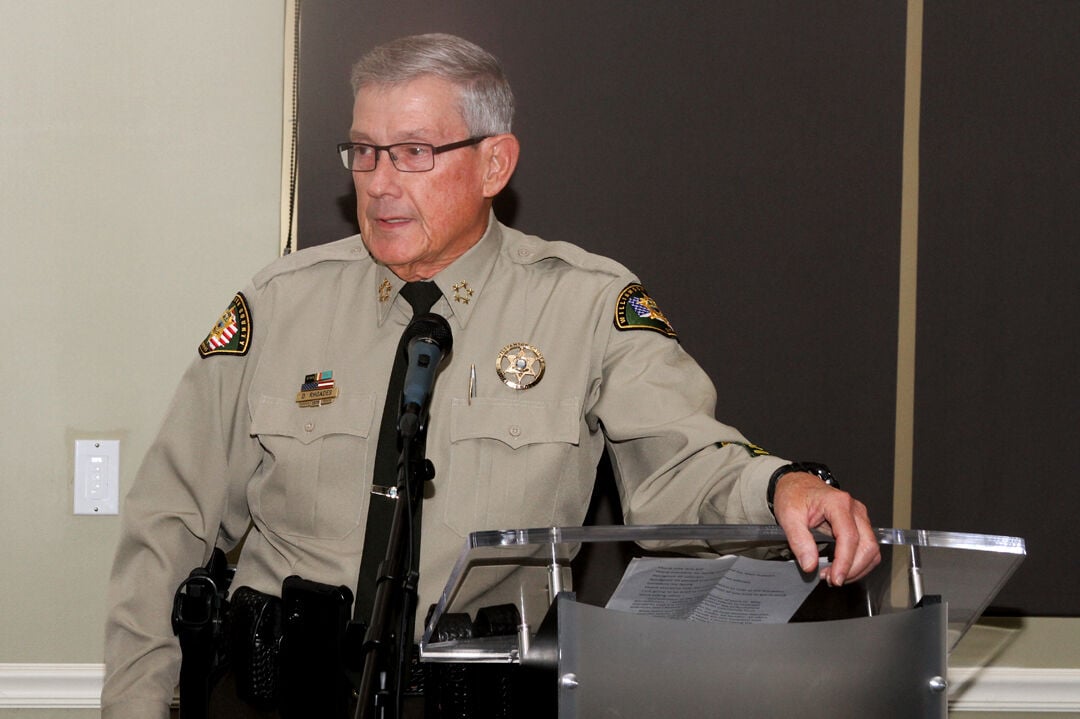 Williamson County Sheriff Dusty Rhoades speaks to a crowd of supporters during his reelection campaign kickoff. 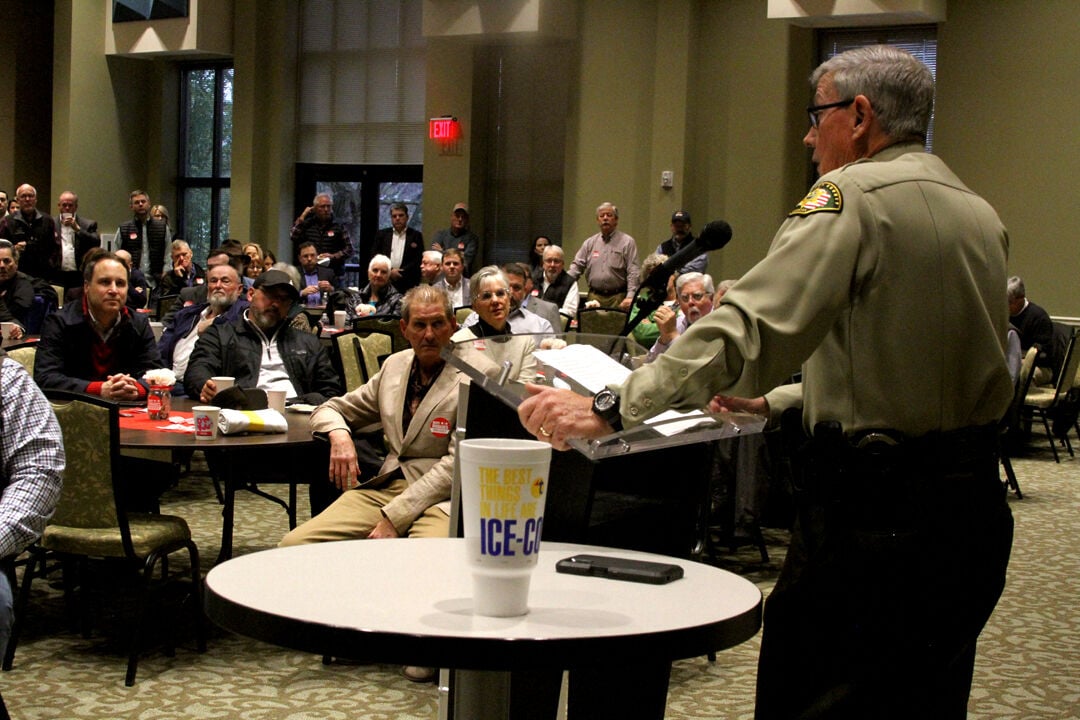 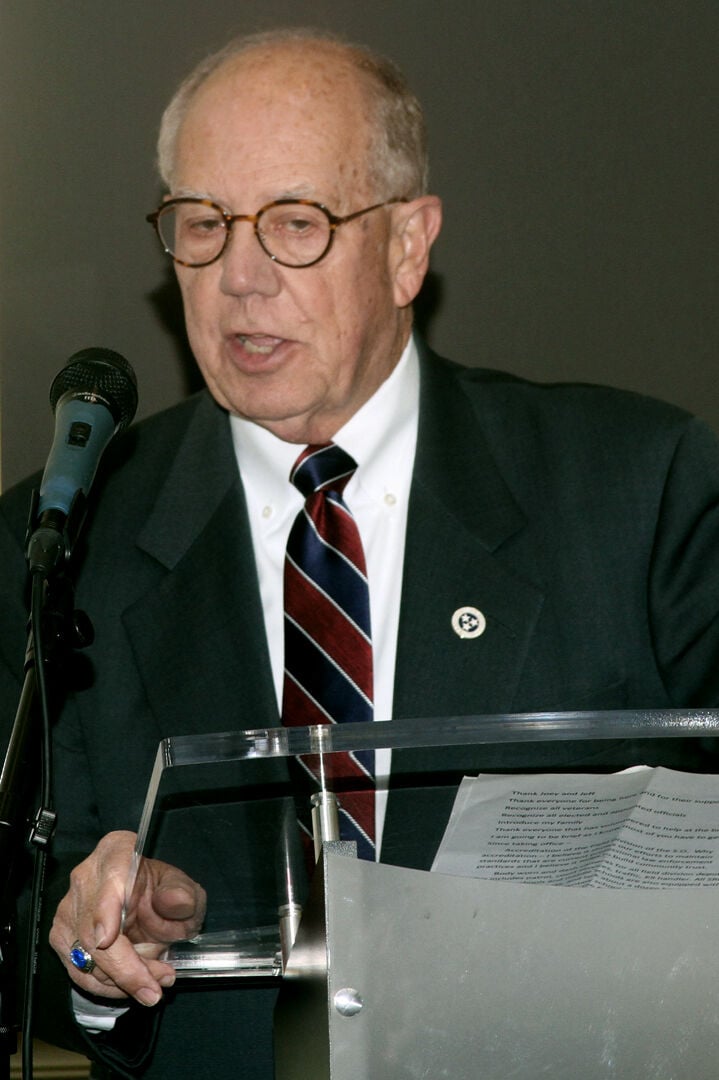 Williamson County Sheriff Dusty Rhoades speaks to a crowd of supporters during his reelection campaign kickoff.

After serving as interim sheriff for the Williamson County Sheriff’s Office twice, Dusty Rhoades was elected to the position in 2020.

Last week, during a campaign kickoff breakfast, Rhoades officially announced he was running for reelection.

Knowing the time commitment that the job required and not wanting to take away from time with his young son, Rhoades chose not to run for the position in August 2008. Jeff Long was elected sheriff.

Fast-forward to 2019 when Long was recruited by Gov. Bill Lee to be the director of the state’s Department of Safety and Homeland Security, and Rhoades was once again appointed interim sheriff until the countywide election cycle in 2020. This time, though, Rhoades was ready to assume the position, if elected, and he was.

He initially joined the WCSO in 1979, when the department was located on Bridge Street in Franklin, Fleming Williams was sheriff and there were only 20 deputies.

Becoming a member of the sheriff’s office was a childhood dream come true for Rhoades.

Long spoke at Rhoades’ reelection kickoff about the quality of Rhoades’ work during his own tenure as sheriff. Long encouraged supporters to spread the word and be sure to vote in the May 3, 2022 primary and on Election Day on Aug. 4, 2022.

“We know that he is the best one to be the sheriff here in Williamson County,” Long said. “We know he is the most qualified of anybody that could ask for the office.”

Rhoades has worked under five sheriffs. What he learned from them prepared him for the challenges of the past couple years. First came the affects the coronavirus had on deputies and the jail.

“It was a nightmare when we had to shut the jail down and all the programs [for the inmates],” he said.

To reduce crowding, he worked with the courts on an early release program for non-violent inmates who had “just a little time left.”

Then, when some demonstrations across the nation became violent, the WCSO worked with the Franklin Police Department to keep local protests peaceful.

“We plan, plan, plan and hope we’re doing the right thing so nobody gets hurt, and we protect the citizens and their property,” Rhoades said. “We never know what’s coming next.”

The sheriff’s office has had other accomplishments under Rhoades’ leadership as well. The Field Division, also known as the Law Enforcement Division, is one of five sheriff’s departments accredited through the Tennessee Chiefs of Police. That means the WCSO’s policies and procedures are the same ones practiced by law enforcement agencies across the nation.

“It also means we have the latest updated policies and procedures,” Rhoades said.

Rhoades has worked to provide body cameras for all deputies, and cameras in all vehicles are being updated.

“We’re doing this for full transparency in these critical times,” he said.

Next year, all deputies working in the jail will also be equipped with body cameras with audio.