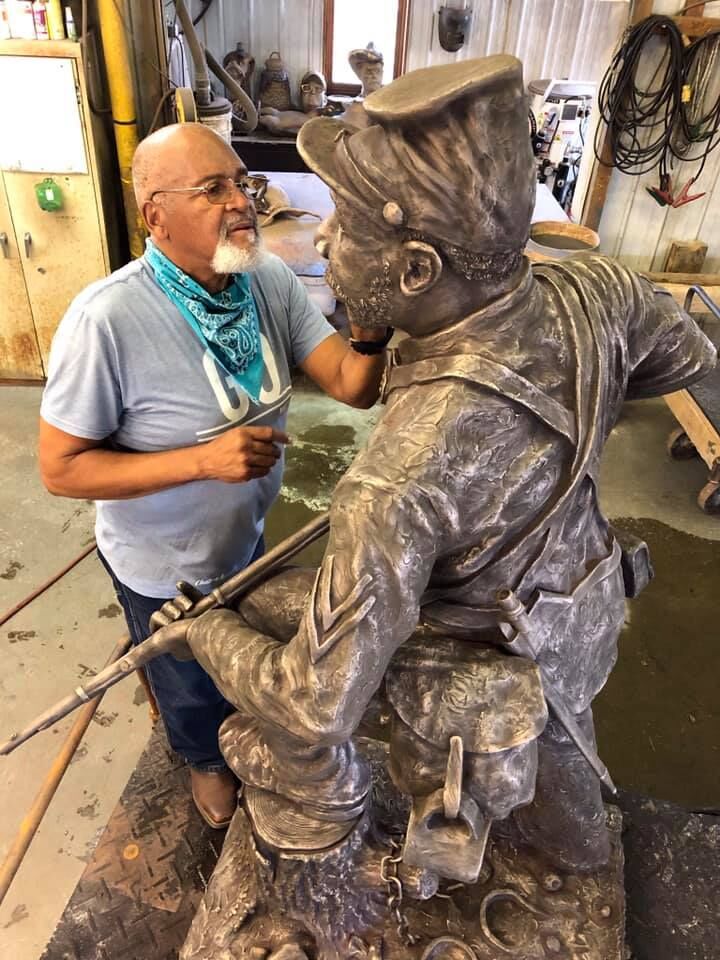 Sculptor Joe F. Howard puts the final touches on the U.S. Colored Troops statue to be installed in front of the historic Williamson County Courthouse on Franklin’s public square on Oct. 23. 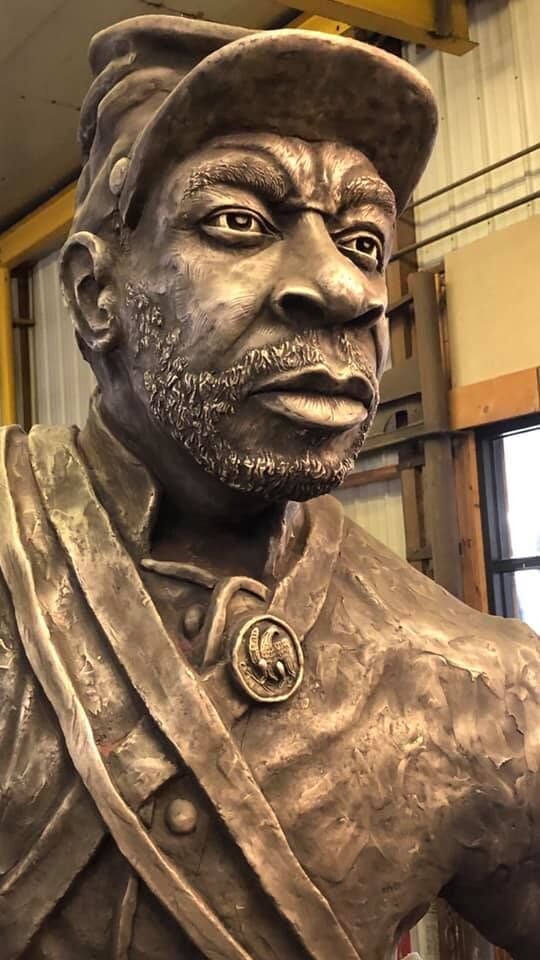 The bronze U.S. Colored Troops soldier statue that will be installed in front of the historic Williamson County Courthouse in downtown Franklin will be unveiled and dedicated during a special event to close a three-day ceremony by The Fuller Story initiative, Three Landmark Days with The Fuller Story.

The ceremony for the statue, which is entitled “March to Freedom” and sculpted by Tennessee native Joe F. Howard, will take place in front of the historic courthouse on the square in downtown Franklin on Saturday morning, Oct. 23, at 10:30 a.m.

Kicking off the three-day ceremony on Thursday, Oct. 21, at the historic Franklin Theatre will be the “Telling the Story of The Fuller Story” presentation at 6:30 p.m. Fuller Story organizers Hewitt Sawyers, Eric Jacobson, Kevin Riggs and Chris Williamson will share about their experiences during their four-year journey in this momentous cause. The men will take questions from the live and virtual audiences. This event is free and open to the public.

On Friday, Oct. 22, at 6:30 p.m. at The Factory in Franklin, An Elegant Evening with The Fuller Story, a suit and gown event, will include a brief program, catered meal, live musical entertainment by Jason Eskridge and dancing to the music of Nioshi Jackson & The Heroes. Howard will speak about his experience in creating “March to Freedom.”

Tickets for An Elegant Evening with the Fuller Story are $100 per person and $1,000 per table. Tickets for this 800-seat event can be purchased through the Battle of Franklin Trust’s website at www.boft.org/usct-statue-dedication.

“This glorious statue will stand in front of the historic courthouse in Franklin where hundreds of escaped slaves in Williamson County and surrounding areas fled in order to enlist in the Union Army,” Williamson said. “This statue represents the 186,000 United States Colored Troops soldiers who courageously fought for this country’s freedom and their own freedom. These Black men are worthy to be honored and celebrated.”

The Fuller Story initiative began in August of 2017 after a white nationalist protest rally in Charlottesville, Virginia, erupted into violence over the removal of a Robert E. Lee monument. Back in Franklin, two Black men — Sawyers and Williamson — and two white men — Riggs and Jacobson — decided to work together along with the city’s mayor and administrators in an effort to provide proactive solutions surrounding the controversy of confederate monuments. A plan arose that would focus on education and representation.

In 2019, five historic markers were installed around the city square, telling the stories of enslaved Africans and African Americans before, during and after the Civil War. The final aspect of the plan involves installing a statue of a USCT soldier in a place of prominence and equal nobility on the city’s square.

The Hard Bargain Association is holding a free fall festival on Saturday, Oct. 23, for the whole family.