Anderson said county officials worked over the weekend, gathering all six city mayors together on a conference call.

“It’s important when orders are issued that everybody’s on the same page and concurrent with that thinking,” he said. “We’ve talked to the medical community, looked at the latest data and the determination was to extend that mandate that ends tonight at midnight. We feel like it’s making a difference.”

Though eschewing a statewide mask mandate, Governor Bill Lee gave Tennessee mayors the authority to issue countywide mandates on July 3. He updated that guidance July 28, allowing mayors to extend their orders through Aug. 29.

In Williamson County, 3,269 total cases have been reported, including 39 new cases on Monday, and 1,287 are active cases while 1,960 have recovered. The county has reported 22 deaths.

Despite overall numbers trending downward from that peak, high numbers are still being recorded. On Friday, July 31, 3,088 people in the state tested positive.

While nearly all Tennessee counties are above the threshold for what is considered an acceptable transmission rate (approximately 10 cases per day), Williamson County has been averaging about 51 new COVID-19 cases per day over the past two weeks.

At Williamson Medical Center, numbers have flattened from an initial uptick in the first six weeks of the pandemic.

In a statement, hospital leaders say their COVID-19 hospitalizations dropped after the initial stay-at-home order went into effect.

“However, as the economy began reopening, those numbers climbed again steadily. From mid-June to mid-July, WMC numbers spiked. Since Mayor Anderson implemented the mask mandate, WMC has seen a decrease and positive cases have thankfully flattened,” the statement reads.

Anderson acknowledged that no citations have been issued as a result of the mandate, though a few letters have been sent to businesses that had been reportedly noncompliant.

“Most everybody has been in compliance with it,” he said. “Even though you may not totally agree with it, it’s for the public health of our community.”

Cases in which the order does not apply include:

• People who are incapacitated and/or cannot safely remove a mask

• People in a private residence

• People at a religious ceremony or service

• People who are outdoors, unless 6 feet of separation cannot be maintained

• People inside a car

• Employees of a government facility

• People at a voting site 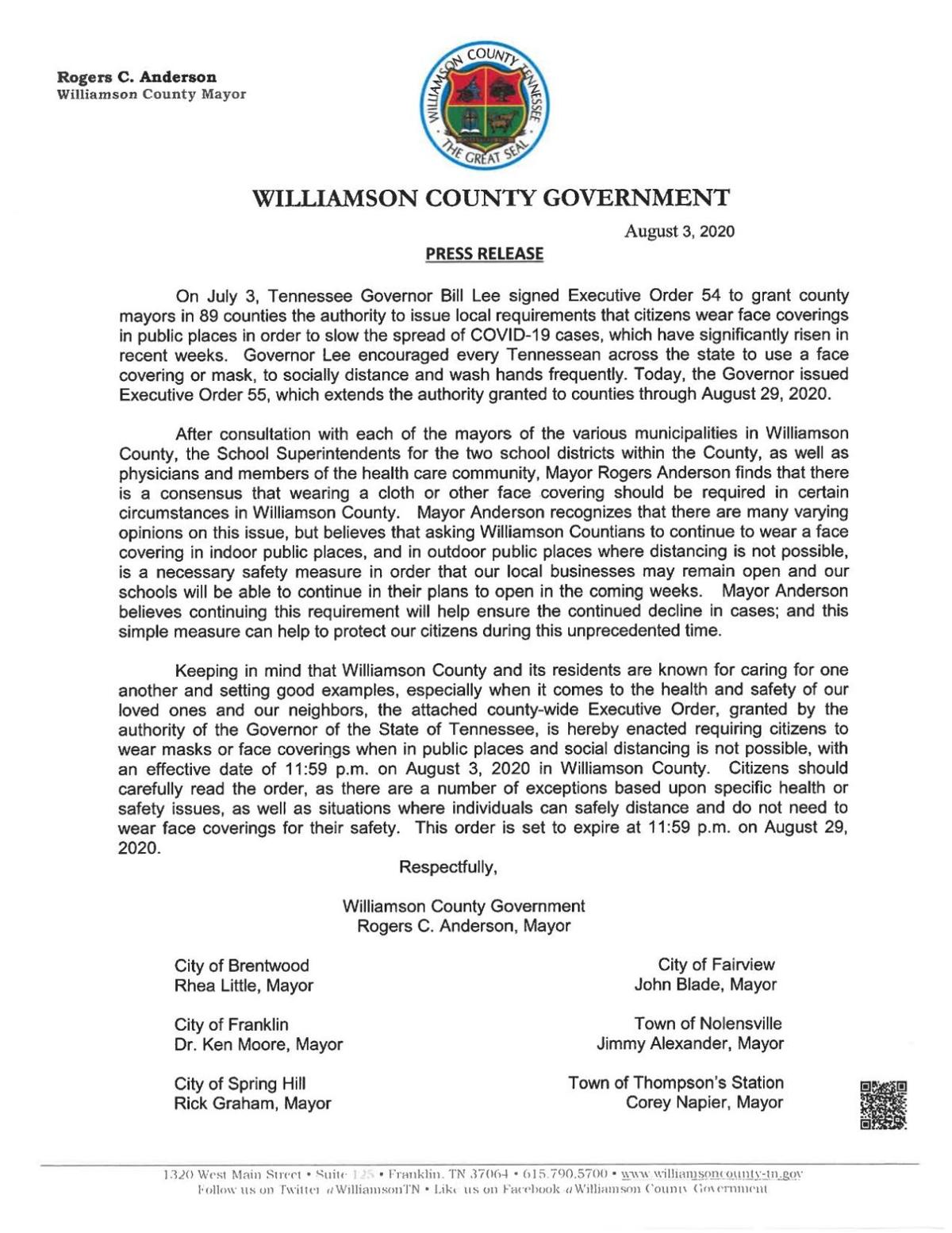