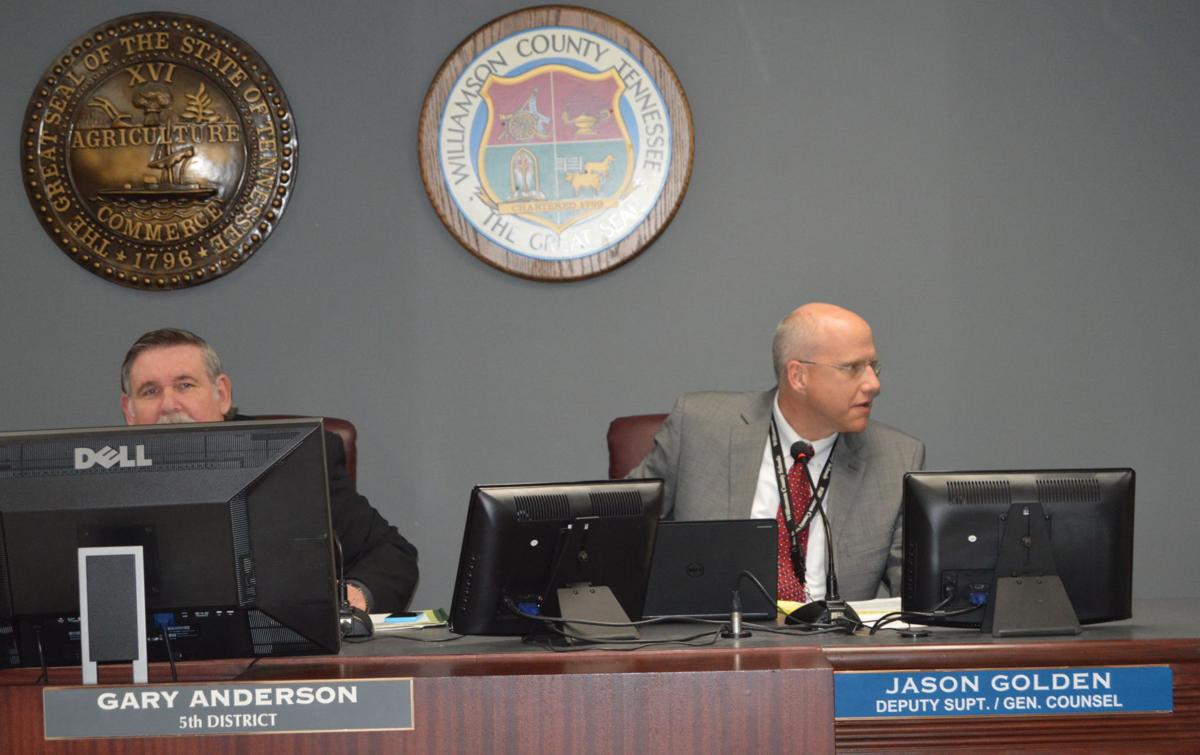 WCS Deputy Superintendent and General Counsel Jason Golden explains to the school board in 2018 that the state reported a technical glitch in the TNReady online assessment is "fixed." FILE

WCS Deputy Superintendent and General Counsel Jason Golden explains to the school board in 2018 that the state reported a technical glitch in the TNReady online assessment is "fixed." FILE

The Williamson County Board of Education voted unanimously to begin superintendent contract negotiations with current WCS Interim Superintendent Jason Golden at its May 20 board meeting.

As part of the board’s action, the public has been given a chance to interact with Golden over the past couple of weeks. This week will also provide a few more opportunities to get to know Golden.

Stakeholders will have a chance to meet with Golden Tuesday, June 4 from 10 a.m. to 11:30 a.m. at the district central office, 1320 West Main St. in Franklin. The meeting will be held on the first floor in the training room.

Golden will also give an address on WCS Facebook Live Thursday, June 6 at 11:30 a.m.

Tennessee law requires the school board to give the public a 15-day notice before making the decision to offer Golden a contract.

Golden began his work in WCS in April 2006, serving as the district’s attorney. He was promoted to Chief Operating Officer in January 2010 and then promoted to deputy superintendent and general counsel in July 2012.

Upcoming opportunities to hear from Golden are as follows: