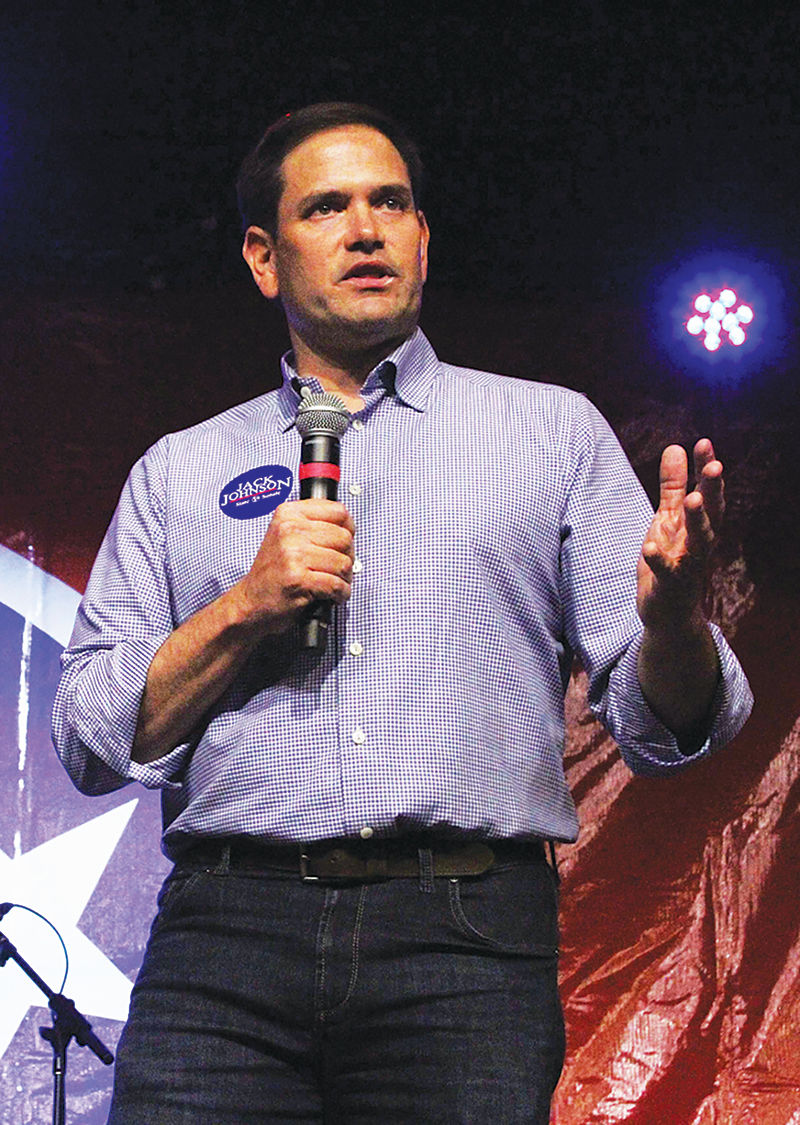 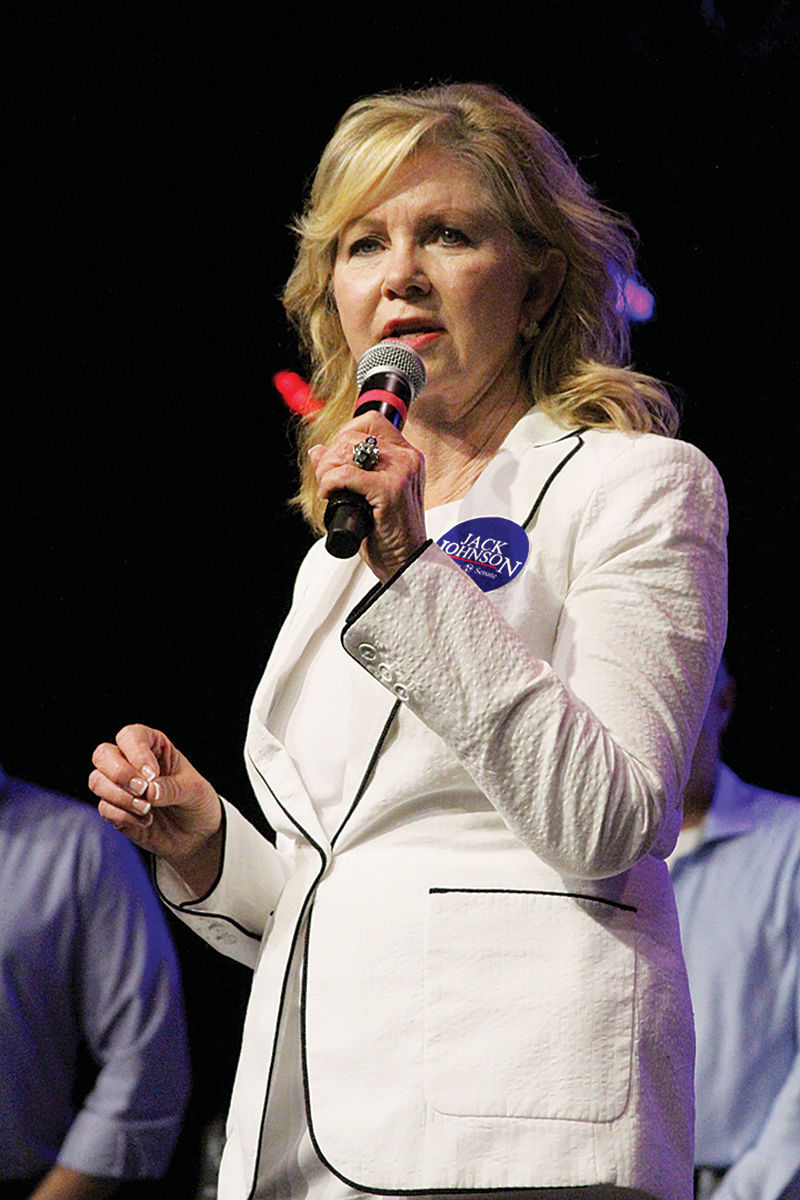 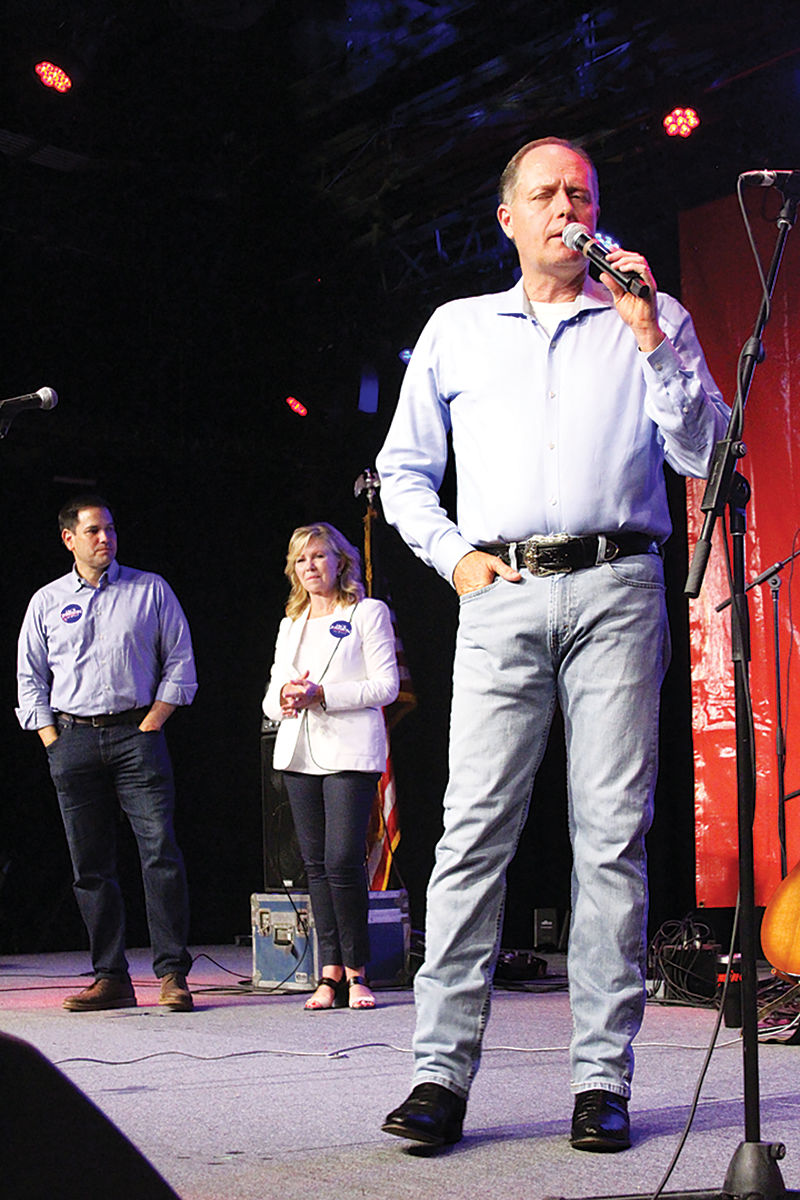 Hagerty spoke briefly about how wonderful it is to be back home and how Johnson’s conservative leadership is making Tennessee shine.

Blackburn spoke of the work Trump and Hagerty did to make insure the new trade deal with Japan was fair to Tennessee farmers and producers. She reminded the gathering of several promises made last year and clicked off ones that have been kept or are in the works.

To date, the senate has confirmed 146 federal judges and securing the nation’s southern border is a priority

“Boots on the ground, judges on the bench, technology and the wall. That is a commitment we have kept as we work to make sure this nation is safe,” Blackburn said.

Blackburn said that despite “hubbub and bickering” in Washington, “work is getting done,” and she introduced Rubio as the man leading the charge to protect families from high taxes and developing a conservative family-leave program. She said that he is also among those leading the charge to protect new 5G communication networks from Chinese spyware.

“It is local government that our constitution intended to be most prominent in our country,” Rubio said. “If you look back at the founding, they didn’t anticipate having a federal government like we have now.”

The reason Williamson County and Tennessee are growing and prospering  economically is because the federal delegation knows state legislators are giving localities a competitive advantage, providing an environment that draws great jobs and creates good schools.

“If you turn on the news tonight, you would think we’re living in the worst of times,” Rubio said as he began his closing remarks. “We’ve got challenges, but we’ve always had challenges. A country this big, this important, this diverse is always going to have challenges.”

In the 1960s, it was political assassinations, an unpopular war and the civil rights movement. The 1970s brought Watergate and an energy crisis, Rubio said.

“We’ll always face challenges because no one has ever done what we’re trying to do,” he continued.

According to Rubio, this is a nation held together not because last names are pronounced the same way or skin color is the same, but because it doesn’t matter where your parents were born, where you come from. He said that Americans believe that God created everyone with a right to life, liberty and the pursuit of happiness.

“No other nation is like America. The world is inspired by America and looks to us for support.”

Rubio said that real Americans are everyday people who go to work, volunteer, love this country and serve and protect it.

He concluded by saying “Jack Johnson is a leader who believes in the real America.”