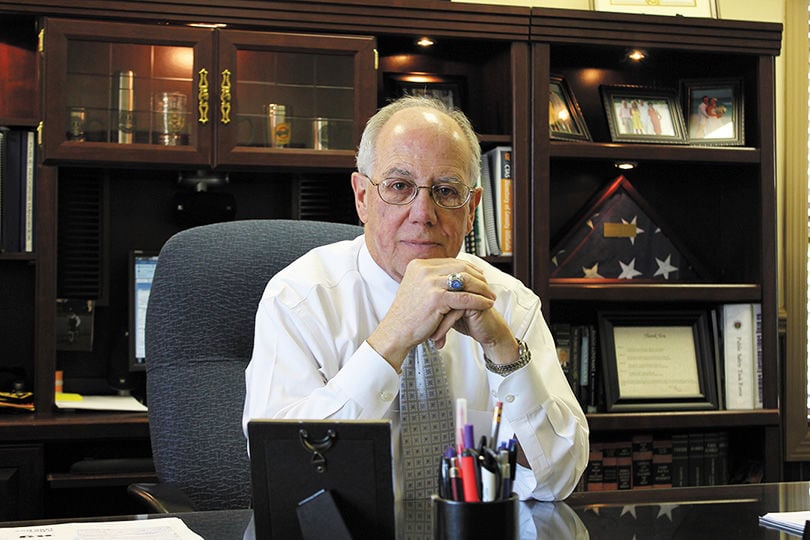 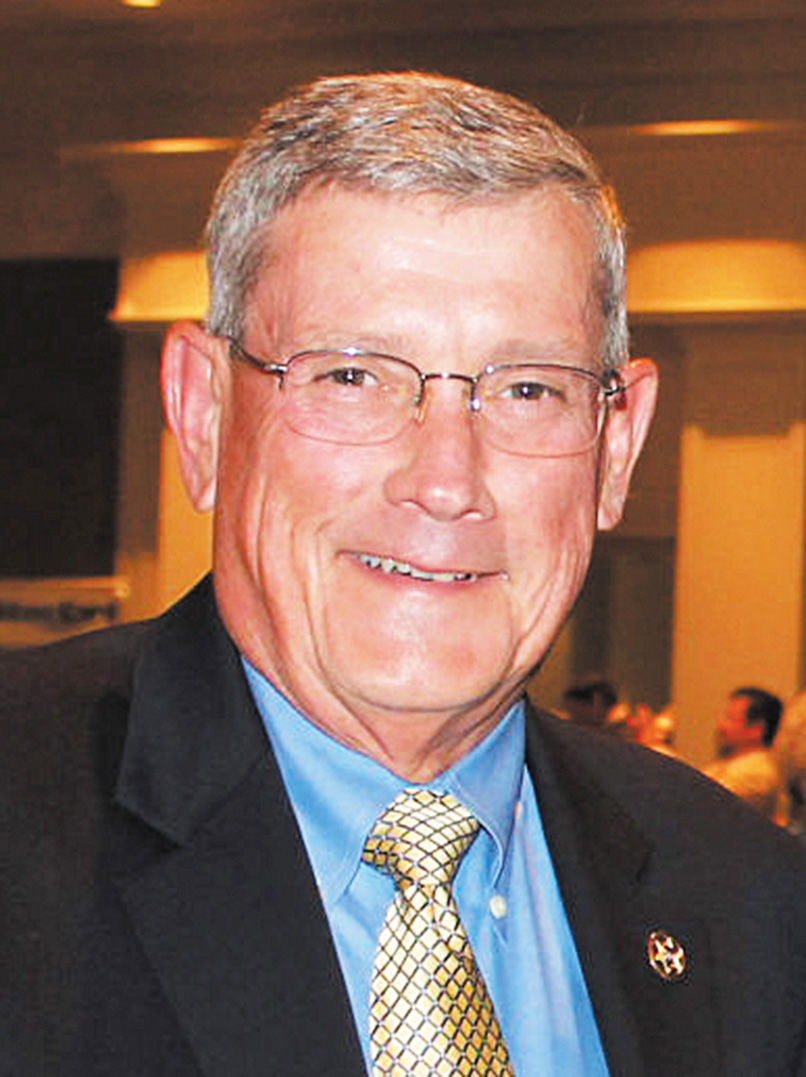 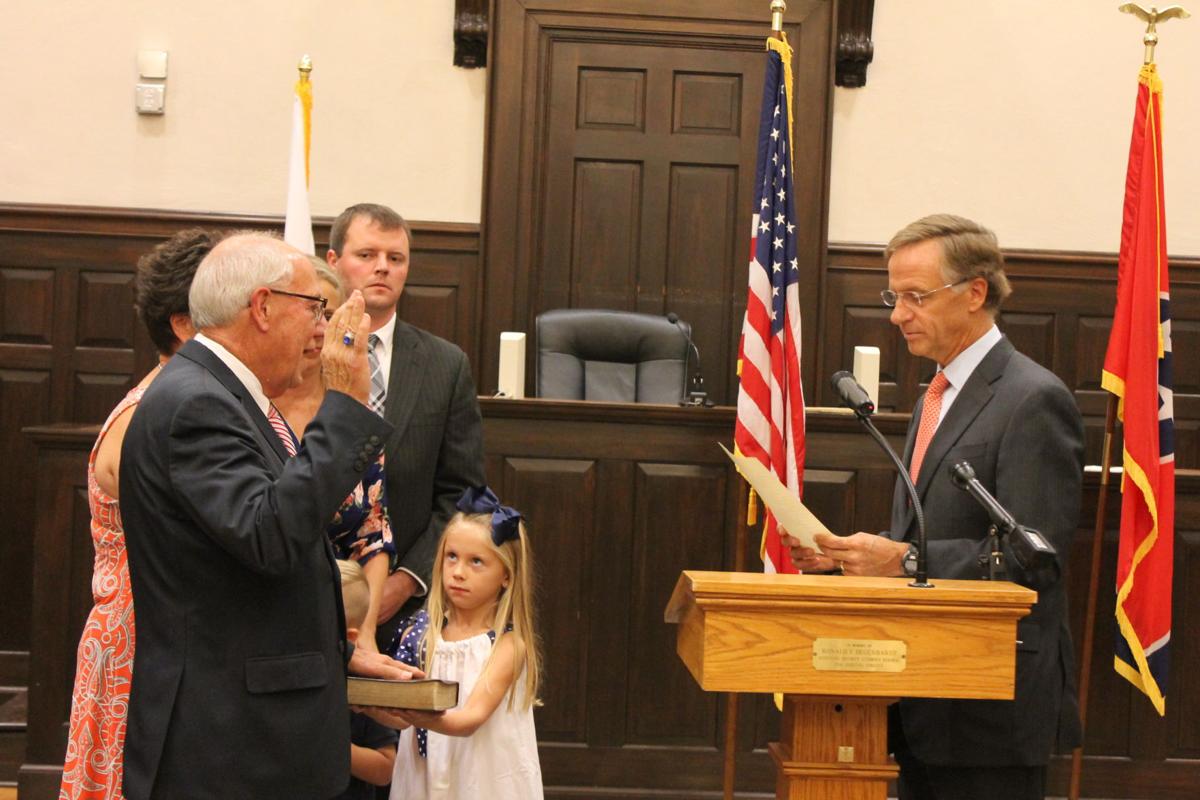 Gov. Bill Haslam swears in County Sheriff Jeff Long, while his granddaughter holds the Bible as his family looks on. 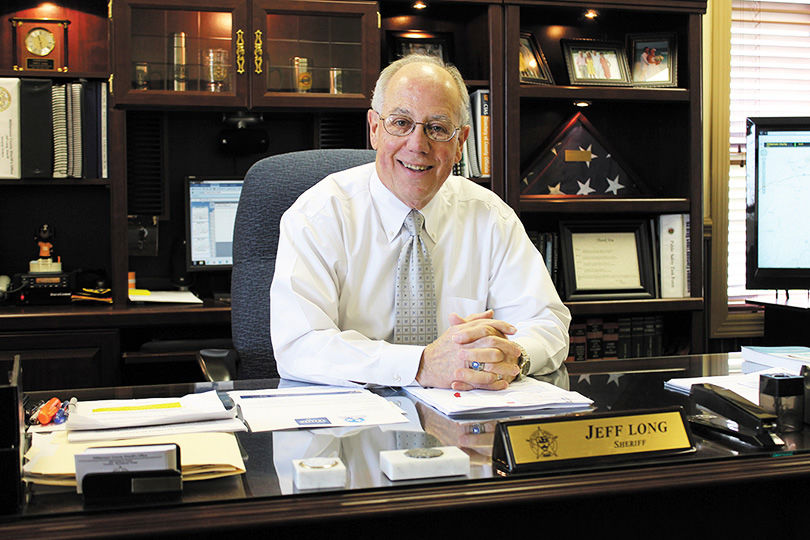 Gov. Bill Haslam swears in County Sheriff Jeff Long, while his granddaughter holds the Bible as his family looks on.

Williamson County Sheriff Jeff Long has accepted the position of commissioner of Tennessee Department of Safety and Homeland Security. Long was recently offered the state position by Governor-elect Bill Lee.

Long will be sworn in to his new position during the Lee’s inauguration in January. Until then, Long will serve as sheriff of Williamson County just like he has since 2008 when he was first elected.

“It has been an honor and a privilege to serve as the sheriff of Williamson County over the past 10 years,” said Long, who was reelected to his fourth term in August.

“I will miss all of the employees and citizens that I have been able to work with, and I hope that I am leaving it in a better place. We are also proud of the officers and deputies that have made the department a success and helped it evolve into a department envied across the state. I appreciate the opportunity to serve.”

Long said when he met Lee, he was impressed with his “genuineness and his desire to make a difference.”

“He offered me the position of commissioner, and when the governor calls you take it,” Long said.

A vision of making Tennessee an even greater state, is just one aspiration Long said he shares with the governor-elect.

“During his campaign, he addressed three things over and over – to have good schools, good wages, a good job and that residents feel safe in their neighborhoods,” he said.

“I hope to direct that vision.”

As commissioner, Long will head the department of homeland security and the state highway patrol.

“I will focus on making sure the state is a safe place, and we are prepared, concentrating on school safety to make sure departments have the assistance they need in small and large counties, alike. Some counties have more opportunity than others, and we want to make sure all have assistance.”

Long has served as the past president of the Tennessee Sheriff’s Association, is a member of the National Sheriff’s Association and international association, as well as the Association of the Chiefs of Police. He also serves on the Public Safety Coalition, which is comprised of sheriffs police chiefs and district attorneys across state. He also received a law degree from Nashville School of Law, previously served as an assistant district attorney and as a special agent in charge with the Tennessee Bureau of Investigation.

Long has been a vocal proponent of legislative change in public safety, including advocating for more strict laws on methamphetamine distribution. He was instrumental in the passage of legislation that now requires methamphetamine products to be placed behind the counter for all sales. The move has dramatically reduced meth labs around the state, according to Long.

He has also been an advocate for mental health initiatives and the fight against epidemic-level opioid abuse in Tennessee.

"Sheriff Long has served the law enforcement community throughout the state in numerous ways and his service throughout our county has been beyond reproach. He has been a first-class sheriff to the citizens of our county and it has truly been my pleasure to work with him during his tenure. On a personal note, Jeff is my friend, and I truly wish the best for him in his new career."

About his service, Long said he is most proud of his department’s “professionalism, integrity and quality personnel, which is certainly a standout.”

Over the past 10 years, the department has implemented programs and units such as a senior citizen check program, an aviation unit, a professional crime division, a narcotic investigation unit and an SRO in every school in Williamson County.

“Other counties look to Williamson County in developing programs like our school programs, and we do trainings across the state,” Long said.

Long has also helped to acquire, at a fraction of the cost, almost $3 million worth of vehicular and military equipment for Williamson County to aid in emergencies, flood rescues and aerial rescues and searches, including three helicopters obtained “for free,” which later received upgrades and repairs.

“One thing that I will take with me to the state level is the commitment of county officials to make the county the best it can be for its citizens,” Long said.

“We can do that on a state level, as well as the local level. It is a team effort with our local partners, law officers and local agencies across this state.”

Williamson County Chief Deputy Dusty Rhoades will serve in Long’s absence until the Williamson County Commission selects an interim sheriff to serve a two-year term until the next general election when he or she will be required to run for the remaining term of two-years. The full term for sheriff is four years.

Long will succeed current safety commissioner David Purkey, who has served in his position since 2016.

Great news for Sheriff Long, but a bit sad for our county...we will miss him! Many of us have had the privilege of knowing and working with Sheriff Long and his department officials and staff. His personable, 'approachable father' figure style was contagious and he will be missed by the entire county and especially in the Williamson Co. Sheriffs Department.