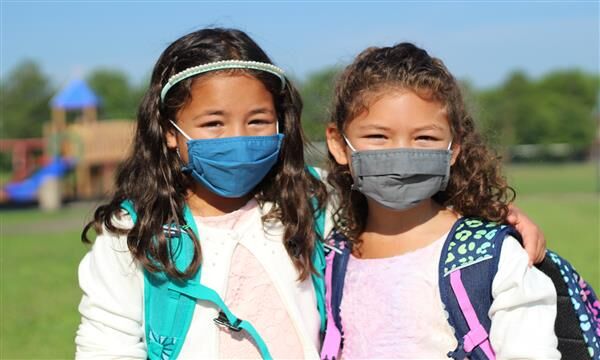 Some Williamson County Schools and Franklin Special School District students returned to campus for their first day of school, masked and ready to learn. 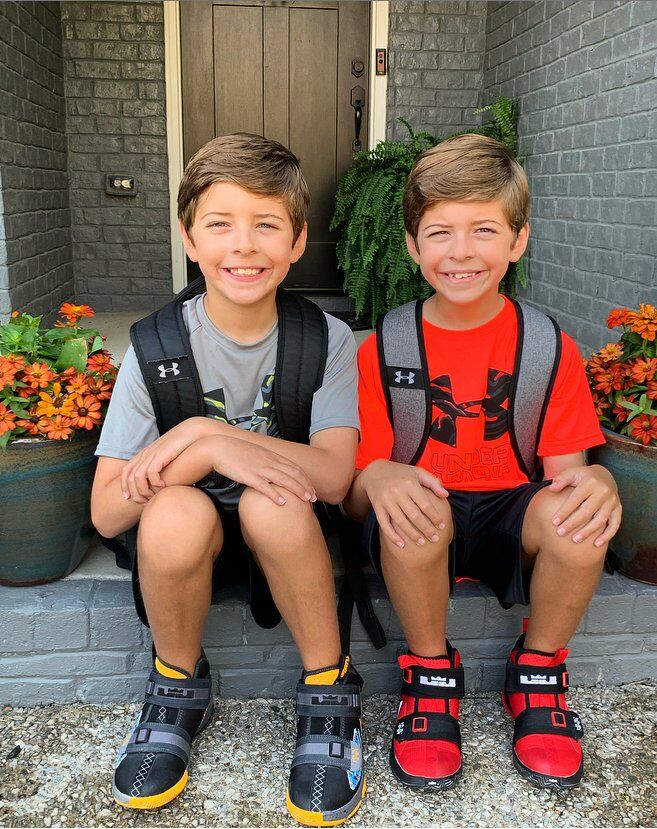 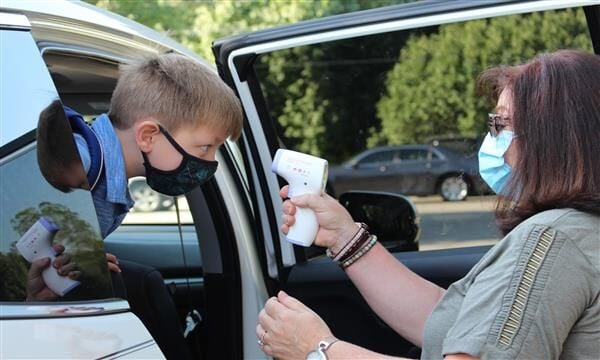 Schools conducted temperature checks and screenings for students before they entered the buildings.

Some Williamson County Schools and Franklin Special School District students returned to campus for their first day of school, masked and ready to learn.

Schools conducted temperature checks and screenings for students before they entered the buildings.

School has officially begun, though different and more complex than usual, and families are having different experiences adjusting to the abnormal conditions.

While Williamson County Schools students had the opportunity to opt into either in-person school, which included the potentiality of remote learning depending on the prevalence of the coronavirus in the county, or online school for the entire semester, last month, the district announced those who had chosen the on-campus option would start school remotely, at least for the first two weeks, due to the number of active cases in the county.

Then, on Thursday, a day before the start of school, the roughly 17% of students who opted for online school received a surprise notification from the district, saying their start date would be delayed by a week.

“We underestimated the time it would take to do all the manual data entry to set schedules for WCS Online,” the WCS website states in its updated frequently asked questions section. “We were still hopeful that we could start full student interaction with their assigned teachers on our first half day, but not all students and teachers have been assigned due to the volume of the data entry in our scheduling system.”

The website adds that because the deadline to commit to online school was extended, staff members only had 11 days to plan for the number of students and teachers that would be involved in online school and to work through training and any technical issues. WCS Communications Director Carol Birdsong shared that more than 500 teachers are involved in online school, including those who are working full-time online, part-time or split between online classes and their normal on-campus schedules.

Families have had mixed responses to the start of school, and it has caused a bit of drama in the coronavirus-era public forum: social media.

Parents have been vocal about their opinions over the last few months as both districts drafted and approved reopening plans, adjusting business-as-usual to allow for a pandemic-ready school model.

For both WCS and FSSD, this reopening plan included a mask requirement, barring select circumstances, for students and staff on campus. This topic, paired with the metrics used to determine whether or not learning would be remote or in-person, sparked the creation of several Facebook parent groups, including “Recall Williamson,” which has demanded that the schools not require masks while threatening legal action that has since been squashed, and “Back to School - Williamson County,” a private group supporting in-person schooling.

A couple Williamson County parents told the Herald that while the “Back to School” group started out as parents brainstorming safe solutions for in-person school, after the mask requirement was announced, things quickly went south, and parents began posting mean, negative content.

Mary Kate Brown, who started the “Back To School” group, said on the contrary that her group has a positive goal — to get kids back in school, while also being supportive of families who have chosen the online option.

However, she said sometimes negativity is part of that discussion, and while she monitors the group to remove conversations and participants who are “continuously combative,” she does allow for some debate and emotional expression.

“My group is not all unicorns and rainbows,” Brown said. “We live in reality, and the reality is our kids need to be back in school, and there are challenges and risks when they’re not in school.”

Brown added that the group shares plenty of positive stories, such as showing their kids’ at-home classroom setups, and they are even raising money to award packages of gift cards and classroom supplies to teachers at least once per month.

Emily Delikat, whose daughter is a seventh-grader at Grassland Middle School, shared that, in her experience, negative voices became pretty loud on social media.

Erin Mataj, a parent of a fourth- and eighth-grader in FSSD, shared that some teachers have wanted to quit their careers not only because of the uncertainty of the virus but because of the hate directed towards them and the schools.

“Teachers are scared for themselves — their own wellbeing — and a lot of them are feeling the hate that’s going on and that’s being perpetuated towards them,” Mataj said. “Obviously, nobody goes into becoming a teacher for the money. … They do it because they love kids. They love teaching, and we just need to remember that.”

Upon the start of school, some parents online called the first day a “disaster.” Others among the WCS community merely expressed disappointment, particularly those whose online classes were delayed until Aug. 14.

Among the latter group is Anne McGraw, a former Williamson County Board of Education member.

“Our online teachers seemed to be caught off guard by it as well and canceled the planned Zoom sessions,” she said. “Our kids were bummed.”

Delikat shared that her daughter, who has opted for online school, was disappointed too, but she said she’s proud of the district for making the call.

“With leadership that was not as good as what we have, they would’ve maybe gone ahead and had it fall apart,” she said.

Seeing so much negativity on social, Delikat decided to make her own Facebook groups. She and some other parents now manage the public group “We Love Williamson County Schools (WCS and FSSD)” and the private parent support group “WCS and FSSD Families Making It Work.”

“2020 is not what anyone wanted for our children, teachers, or community,” the letter reads. “But, the positivity, flexibility, and responsiveness demonstrated by WCS administrators, educators, and board members has deepened our respect and appreciation for this amazing school district.”

Some families have surely experienced technical difficulties. Richard Brozda, who spoke with the Herald last week about his three daughters’ returning to school, said they had to reconnect several times to Zoom calls.

Mataj said her kids, starting online at FSSD, had to work out a few technological kinks as well, but that it went smoothly otherwise. Other families in the “We Love Williamson County Schools” group shared stories about their kids saying the first day back was “the best day ever” or that the kids were shushing the parents from the other room because their next class period was starting.

“I’ve gotten so many Facebook messages and emails from teachers and principals and school board representatives saying that they weren’t comfortable posting or joining the group right now but that they’re watching it and it’s helping to keep them sane, so that pushed me to keep it going,” Delikat said.

She said she hopes people keep in mind that everyone is doing the best they can during this time.

Brown shared that some families in her group have had a hard time with remote school, and parents continue to advocate for in-person learning in the current conditions, something they have been asking for since the district released its reopening plan.

“I did a post about the fact that the metrics that (WCS) came out with are arbitrary numbers, and if we stayed with these numbers, we would never open school come Aug. 7,” she said.

While schools are open for WCS students in younger grades, third- through 12th-graders are learning from home for now. Brown said she hopes WCS changes its course of action to reflect recent state guidance.

“District-wide closures should occur under only the most extreme circumstances,” the state recommends in its COVID-19 Case Response Rubric, released on Aug. 7, the first day of school for WCS. “The use of ‘percent active cases’ as a sole determinant of district-wide closure is strongly discouraged. Every effort should be made to make school-level decisions that allow schools that are not impacted by active cases to conduct in-person instruction at some level.”

Mataj recalled the Nashville tornadoes on March 3 and how the community came together in support of one another regardless of political or social divides.

“This should be the same scenario,” she said. “It’s hard enough as it is for our government, for our schools, our educators, for our parents who are having to work, people that need to put their kids in preschool and daycare because they have to show up to work — we need to be together as a community on this. There’s no question about it.”

For more information about WCS and FSSD, visit WCS.edu and FSSD.org.

Brooke Wanser contributed to this report.

The original Facebook group was started, and grew quickly, by parents that wanted their kids back in school. The only time it ever got confrontational was when the same 5 or 6 ladies got on there to tried to shame everyone for wanting schools fo open back up. Emily Delikat Was one of the ring leaders. As stated in the article, she signed her kids up for on-line classes, so there was no need for her to be a member of this Facebook to begin with. Yet, she was constantly on there giving unsolicited comments. This article is terrible reporting and you should have done your research a lot better (as usual)

There are plenty of parents who want their children back at school - but want to consider the costs and do it safely. Many are wary of a brand new pandemic with unknown long term consequences. Vocal parents such as yourself who want children back to school in person, no matter the cost, have pounced on those who bring up any consideration of potential problems or other health issues. There is more than one side to "Back to School." If not, then change the name of the group.