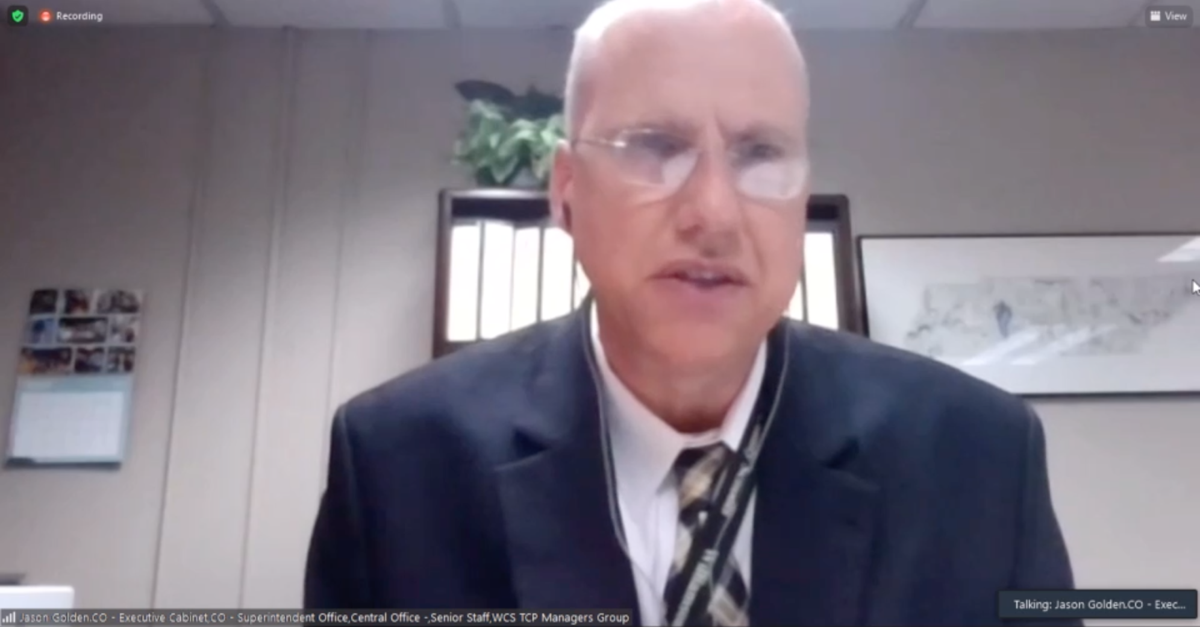 Williamson County Schools Superintendent Jason Golden speaks during a virtual Board of Education meeting during the COVID-19 pandemic. 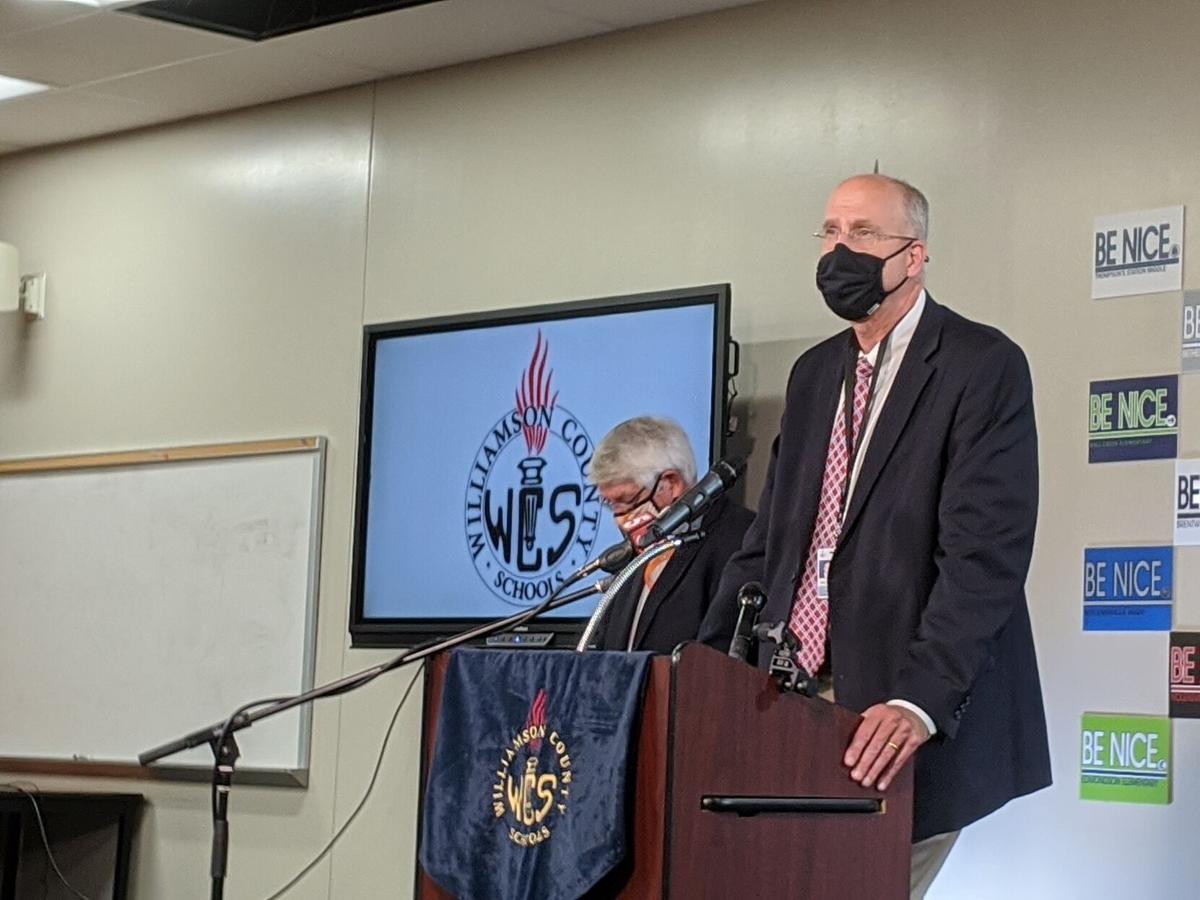 Williamson County Schools Superintendent Jason Golden gives an announcement during the summer of 2020.

Williamson County Schools Superintendent Jason Golden speaks during a virtual Board of Education meeting during the COVID-19 pandemic.

Williamson County Schools Superintendent Jason Golden gives an announcement during the summer of 2020.

Four parents and one WCS teacher were among the speakers Monday. Some asked the school to form a parent advisory committee for diversity and inclusion, among other recommendations.

Kate Cotton, a teacher at Renaissance High School, asked for more teacher training for how to address tensions that may be caused by racist incidents at the schools.

WCS Superintendent Jason Golden thanked the speakers for their comments, encouraging the community to continue to stay involved. He shared that the district has been working behind the scenes to hire a professional to create a comprehensive plan for “sustainable change.”

The district decided to start looking for a professional consultant after hearing from a previous Cultural Competency Council; from individual students, staff members and alumni; and from reading student experiences on social media.

The district has reviewed incidents spoken about on various social media accounts. While Golden did not mention @dearestwcs on Instagram specifically, that is one account (on which hundreds of students and alumni have anonymously shared their experiences with discrimination in WCS) that has garnered a lot of public attention, and some citizens have mentioned it previously in their comments before the school board.

“We reviewed all that information, and we found that, while some of those incidents were reported and were investigated through our human resources department or at the school level and were addressed, many of those were left unreported,” Golden said of the unspecified social media posts the district reviewed.

Addressing those who asked for a parent committee focused on diversity and inclusion, Golden said that may be an appropriate course of action, but he wants to wait on help from a professional before forming such a group so as to be comprehensive in his approach.

“I think, based on again what we’ve talked about, that’s the most appropriate step, rather than responding or reacting to a particular request and having something that might make a little flash but not help us sustain growth,” he said.

During the school board’s work session on Thursday, Golden said he had scheduled a meeting this week with a potential consultant. He told the board Monday a proposal concerning this topic will likely be coming their way within the next month.

The school board will meet again for a work session on Thursday, Feb. 11, at 6 p.m. For more information, visit WCS.edu.

Just what kind of power and authority would this Parent's Committee have? How would they be selected?

@CollegeGrover, Golden shared at the most recent school board meeting that the diversity and inclusion firm WCS is officially working with, Fostering Healthy Solutions, lists creating a stakeholder advisory group as one of its goals for the district. The firm would presumably help the district form that group, but as of now, those are the only details we have on the subject. We do not know if this group would have any executive authority, but in the past, groups like this have served more of an advisory role. Golden has said he will not form an advisory group without the help of a professional firm so as to not leave any important groups/persons/perspectives out of the mix. Hope this helps!