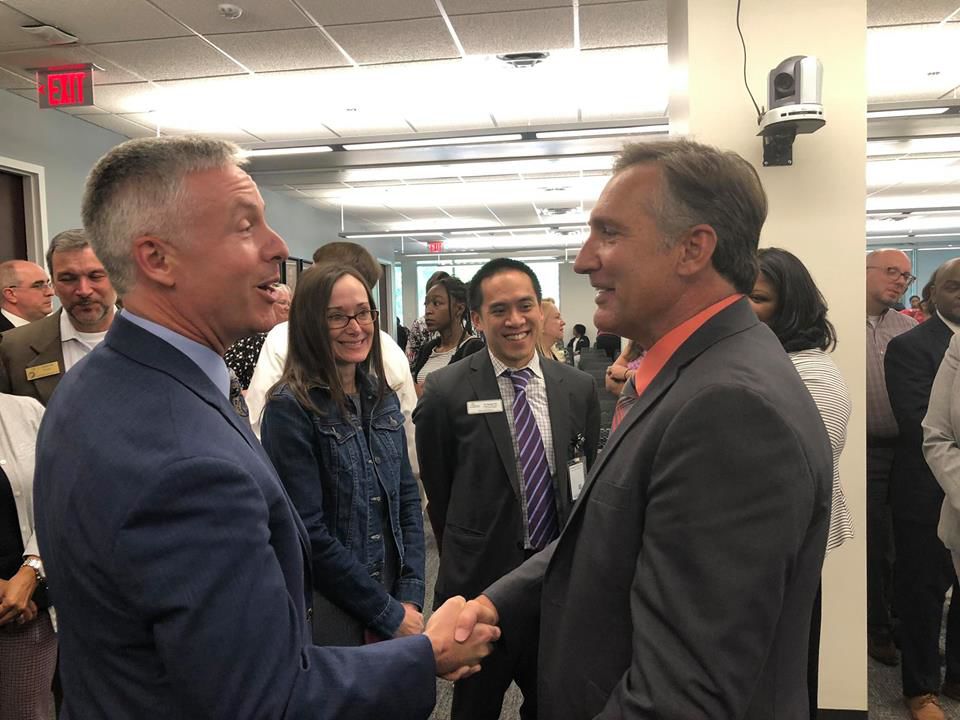 Williamson County Director of Schools Mike Looney greets staff and supporters at the Fulton County Schools special announcement that Looney is the top finalist for superintendent of the 95,000-student Atlanta school district. 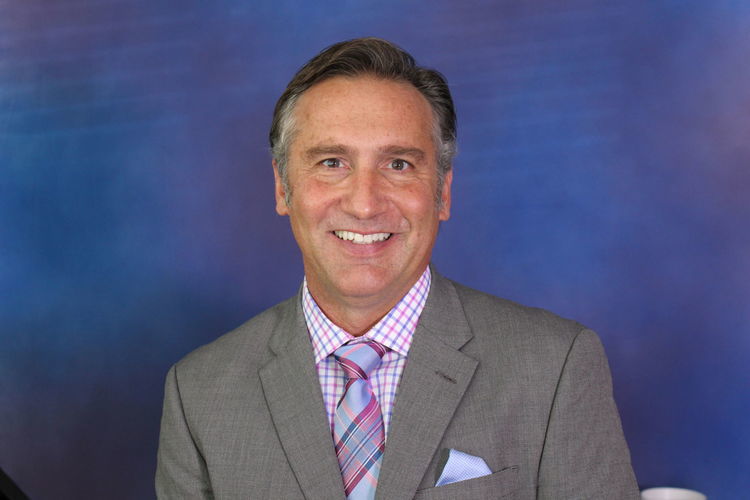 Williamson County Director of Schools Mike Looney greets staff and supporters at the Fulton County Schools special announcement that Looney is the top finalist for superintendent of the 95,000-student Atlanta school district.

Looney was present for the announcement at the Fulton County School District in Atlanta, Georgia.

As the district’s top finalist, Looney could soon exit the position he's held in WCS for just over 10 years if he chooses to officially accept the position May 2 at the competing district's school board meeting.

However, Looney has not officially announced any decision to leave the WCS district.

Looney stood before a crowd during the announcement at the Fulton County School District facilities Wednesday, which was shown on Facebook Live. The district also issued a media release and announced a Meet and Greet with Looney.

Telling the Fulton crowd that it is a privilege to be the top finalist, Looney announced he will be present over the next few days to meet parents, staff and students at various school district locations.

Gary Anderson, chairman of the Williamson County Board of Education, confirmed Looney is considering the position in Atlanta.

Anderson submitted a statement to the Williamson Herald as follows in full:

“On behalf of the Williamson County Board of Education, I want to thank Dr. Looney for his service to Williamson County Schools and wish him the best in his next endeavor. Should Dr. Looney sign a contract with Fulton County Schools on May 2, the WCS Board, at its regular May meeting, plans to name an interim superintendent and establish the effective date of that leadership transition.

“We have a strong leadership team in place at the Central Office and in our schools, and our teachers and staff are focused on success for all students. Our students come prepared to learn and achieve, and our parental involvement is second to none.

“For more than 25 years, Williamson County Schools has been recognized as a top performing school district in the state, and I believe that will continue for years to come. The Williamson County community should expect a seamless transition as we move on to our next Superintendent of Schools."

“I really look forward to getting to know people in Fulton County," Looney said Wednesday at the school district's special announcement. "It is a privilege to be here."

Fulton County School District’s school board president Linda Bryant cited Looney’s successes in WCS and the district’s “proven” successes under his tutelage as reasons for his selection as the top candidate out of 40. Some accomplishments include improving high school graduation rates, ACT scores, achievement scores and improved Advanced Placement course participation rates.

“After a national search, we believe Dr. Looney is the right person, the right leader, at the right time,” Bryant said.

WCS is currently the highest achieving school district in the state.

Looney also shared during the Fulton County Schools announcement that the interview process with its school board lasted almost five hours without a break.

“I think they were determining if I had the grit and willpower during the interview process,” Looney said. “You have a very engaged school board here in Fulton County, which is one of the reasons [I am interested].”

Looney has served the Williamson County School District for just over 10 years, while WCS has steadily accelerated to become the highest achieving school district in the state. In 2015, he was also named as Superintendent of the Year by the Tennessee Organization of School Superintendents.

No escape from controversy, lawsuits

However, Looney has not escaped past scrutiny, including recent criticism over the implementation of a Cultural Competency series as part of teacher’s professional development, which contained the term “white privilege”, causing controversy.

Looney was also exonerated in Williamson County court after facing two charges of assault of a student and her mother early last year at Franklin High School. The city of Franklin issued a statement exonerating Looney of any wrongdoing after a comprehensive investigation of how the Franklin Police Department handled the issue.

Students in WCS have earned over $1 billion in scholarships.

In 2015, Looney also emerged as a top candidate to lead Metro Nashville Public Schools as superintendent. However, he decided to stay in WCS due to family and because he felt it was the right place to be. Over 5,000 parents, students and supporters contacted him over a 48-hour period, asking him to stay. The school board also showed their support by giving Looney a raise.

"Regardless of size of the district, concerns are the same," Looney said. "I look forward to getting to know you [Fulton County]."

At the conclusion of the Fulton County Schools special conference, an audience member called out "Oorah" to Looney, giving acknowledgement for his service as a U.S. Marine.

Let's keep our fingers crossed and hope this arrogant a hole gets the job there and leaves us in peace.

Isn't this the usual political ploy that he does every few years to ensure renewal of his WCS contract along with a bigger raise and better benefits?

TNmom is exactly correct....no one can deny Looney's strategic interview with MNPS was a calculated move to get a raise from the taxpayers of W.Co. The moment I read this news earlier today, I sent a text to a WCS Board member to be on guard for the Loonster to be 'angling' for another raise. No one can fault a person for wanting to 'better' themselves, but the deceit is obvious with the Loonster. The burden the taxpayers are currently paying for the highest salary in Williamson Co. Government is absurd and we won't take it lightly if he tries that stunt again!

Totally agree with the above comments. The school board should not fall for this again. Recently read an article in Brent wood Homepage regarding one brave commissioner questioning the education budget presented. Have Looney and Holman given the transparency called for years ago? How many lawsuits have been settled and taxpayer funds lost due to this arrogant and impulsive showman with poor policy enforcement? How many good teachers have we lost. He intimidates and will probably stay as he's got the liberals in the elected positions in this county by their tail. His tentacles are long and he probably has dirt on many. Though they have dirt on him and he will not want it revealed most likely. Why would he leave? He's convinced most he's the best. He's good at PR, showmanship, etc. This county can sell itself on our schools; we don't need him-he's a liability. We NEED a good business-oriented, budget-minded ethical leader as our taxes keep increasing and the poorly managed school needs are rising- not a Looney.