Despite the increase in COVID-19 case numbers recently in Williamson County and the state of Tennessee, the Williamson County Schools District will not transition all its third- through 12th-grade students to remote learning at this time but will continue to address closures on a school-by-school basis.

The WCS Board of Education discussed COVID-19 among other topics, such as race-related issues and substitute teacher pay, during its meeting Monday.

WCS Superintendent Jason Golden said while the reopening plan the board passed over the summer stated if 0.5% of the county actively had COVID-19, the district would have a conversation with the health department about the need to transition to remote learning, what administrators have found over the last few months is that they are in constant communication with the health department, and addressing each school individually has worked so far.

“Because not every school needs to go remote, we are not going to remote at this point,” Golden said. “We might do it if we have to, but we’re going to be very careful and thoughtful when we do.”

Monday’s COVID-19 data, as reported by the Tennessee Department of Health, showed the largest single-day spike in cases on the statewide level and for Williamson County. As of Monday afternoon, the county had 1,723 confirmed active cases, which is over 0.7% of the county’s population.

Additionally, as of Monday, according to District 9 board member Rick Wimberly, 11 schools have announced transitions to remote learning for either some or all of their students until after Thanksgiving break. These schools include Franklin High, Page High, Ravenwood High, Summit High, Brentwood Middle, Fairview Middle, Spring Station Middle, Sunset Middle, a class at Jordan Elementary, early childhood at Scales Elementary and third-graders at Sunset Elementary.

Golden said the virus does not appear to be spreading any more in schools than in the greater community. Proportionally, the schools’ case numbers are typically on par with the county. However, he is concerned about Thanksgiving break, sharing that the schools have seen a spike after holidays this semester, such as fall break and Halloween.

Golden urged the community to follow protocols to mitigate the spread of the virus.

“Be safe. Follow the safety protocols. Wear your mask. The mayor has issued that mask mandate. Please honor that. Make sure that when you’re off-campus that you honor that,” he said. “People are getting tired of that message, but there’s a reason why we keep on repeating that message, because it’s important for our community to have our schools, as much as we possibly can, in session and serving our students.”

During the public comment portion of the meeting Monday, five citizens addressed the board, asking for changes to improve race-related issues within the schools.

District administration had previously recommended entering into a contract with Derek Young Culture Strategies to look at ways of improving these issues, but Golden said staff later determined that the district would need more resources than the firm could provide, so they are looking into other options.

Golden said the district recognizes a need for growth in this area after speaking with parents, alumni, teachers and students.

“We’ve realized and learned that it’s not just about enforcing our policies,” he said. “It’s about growing and increasing the quality of our environment so those who do come from a diverse background are comfortable enough to share. That’s part of it, but there’s also a need for us to grow in learning what we don’t know.”

The board also passed several budgetary items, including the allocation of $250,000 for a traffic light at Independence High School. Additionally, the board passed the 2021–2022 school calendar, which includes a full week of fall break for students. 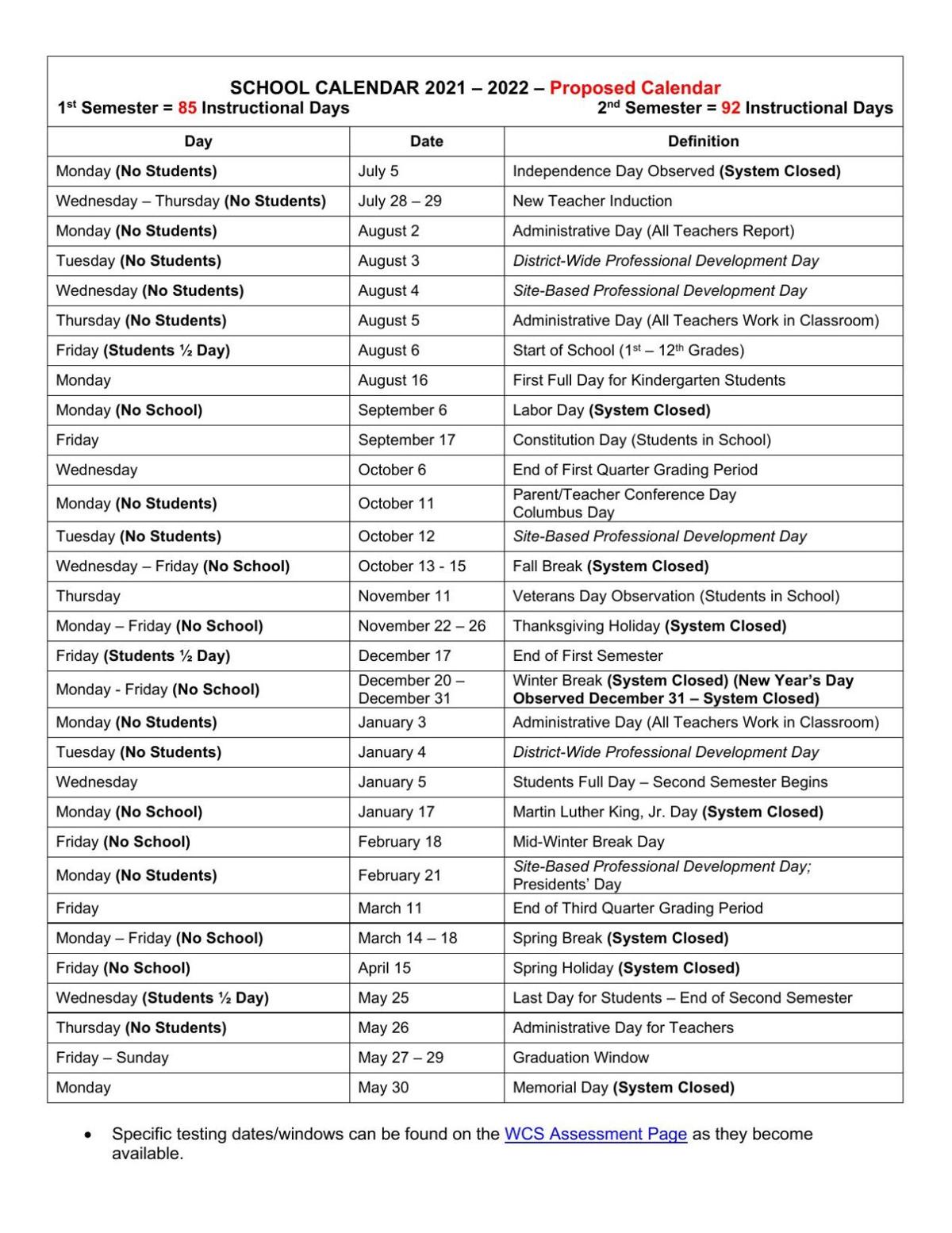 During the school board work session on Thursday, some board members expressed they thought the raise was not significant enough, sending staff back to the drawing board before the voting meeting. Golden said on Monday after crunching the numbers, staff isn’t comfortable with bumping the pay up any more with this year’s budget constraints. However, they did increase pay for substitute nurses from $20 per hour to $25 per hour.

Golden said currently, the fill rate for substitute teachers is around 40%, whereas it is typically around 85% in a normal year. He hopes this pay increase will help bring in some more substitutes.

“It’s not perfect, but we feel like it’s what we can afford right now, and we want to see the extent to which we can move that needs at least on the pay side,” Golden said.

The school board will meet again for a combined work session and meeting on Thursday, Dec. 17 with the time to be determined. For more information, visit WCS.edu.

Perhaps the district board members and administrators could step in to substitute teach for $11.25 per hour.