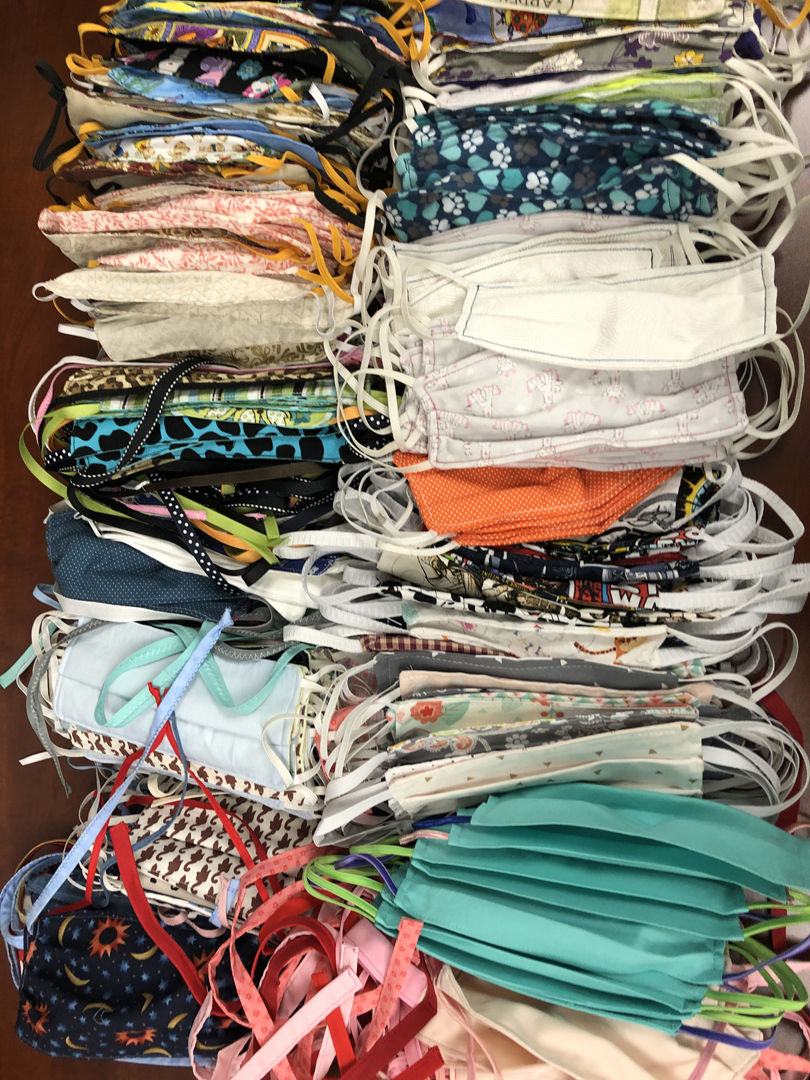 Masks made by Williamson County 4-Hers, members of area FCE clubs and other volunteers. 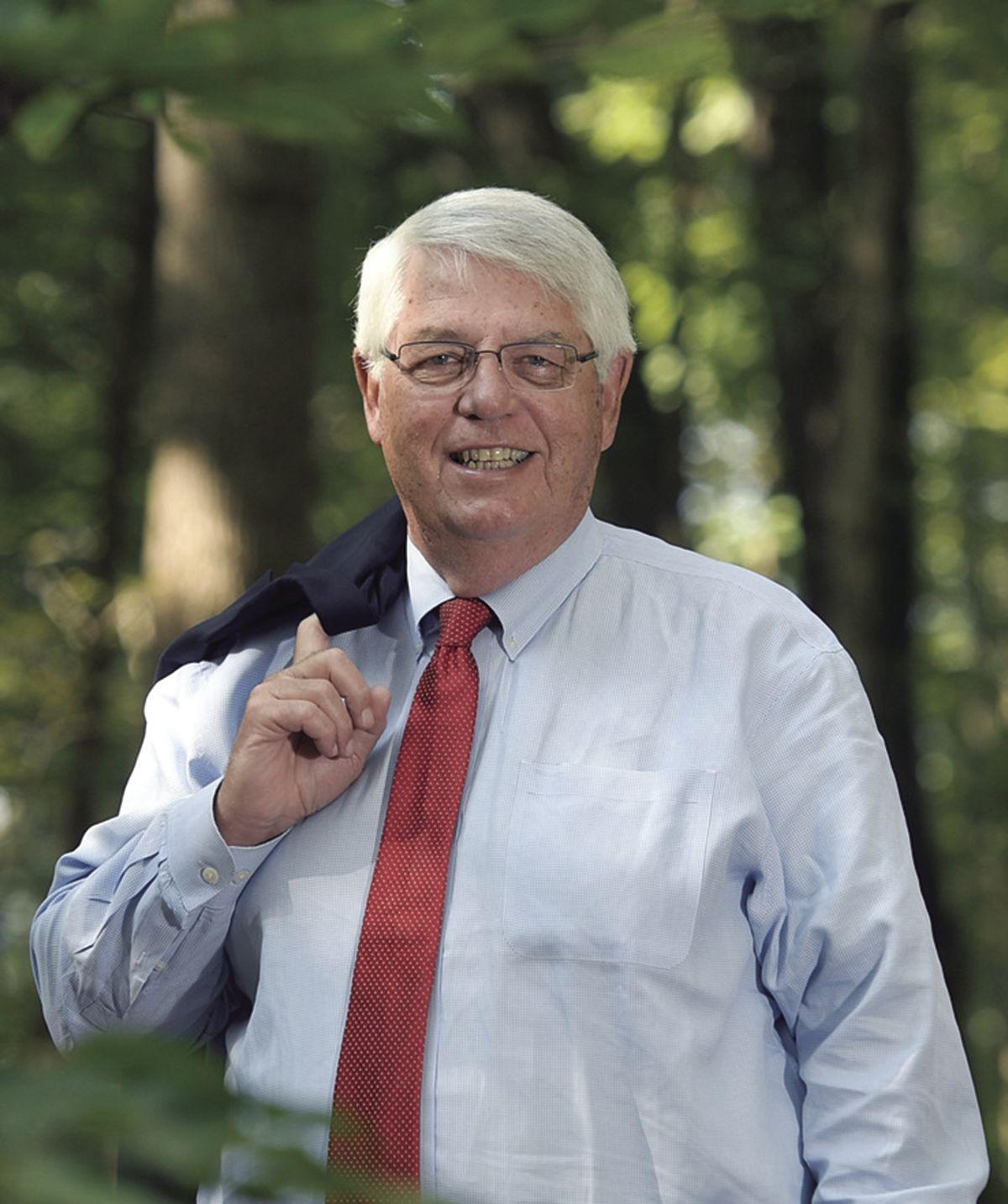 Masks made by Williamson County 4-Hers, members of area FCE clubs and other volunteers.

On July 3, Tennessee Governor Bill Lee signed Executive Order 54 that granted county mayors in 89 Tennessee counties the authority to issue local requirements that citizens wear face coverings in public places in order to slow the spread of COVID-19 cases, which have significantly risen in recent weeks. Lee encouraged every Tennessean across the state to use a face covering or mask, to socially distance and wash hands frequently.

“After much consideration and after consultation with each of the mayors of the various municipalities in Williamson County, as well as the school superintendents for the two school districts within the county, Mayor Rogers Anderson finds that there is a consensus that wearing a cloth or other face covering should be required in certain circumstances in Williamson County,” a press release issued Monday morning by the mayor’s office said. “Mayor Anderson recognizes that there are many varying opinions on this issue, but believes that asking Williamson Countians to wear a face covering in indoor public places, and in outdoor public places where distancing is not possible, is a necessary safety measure in order that our local businesses may remain open and our schools will be able to open in the fall. Allowing the current spike in cases to continue jeopardizes our businesses, government and court operations, schools, and way of life, and this simple measure can help to protect our citizens during this unprecedented time.”

Included in the press release was a countywide executive order granted by Lee's authority, which can be read in full below in a PDF version.

There are a number of exceptions based upon specific health or safety issues, as well as situations where individuals can safely distance and do not need to wear face coverings for their safety.

The order does not apply to the following persons:

• People who are unable to remove a mask without assistance

• People in a private residence

• People who are outdoors unless maintaining social distancing is not feasible

• People while they are eating or drinking

• People in a place of worship, though face coverings are still strongly recommended

• People who are voting or administering an election, though face coverings are still strongly recommended 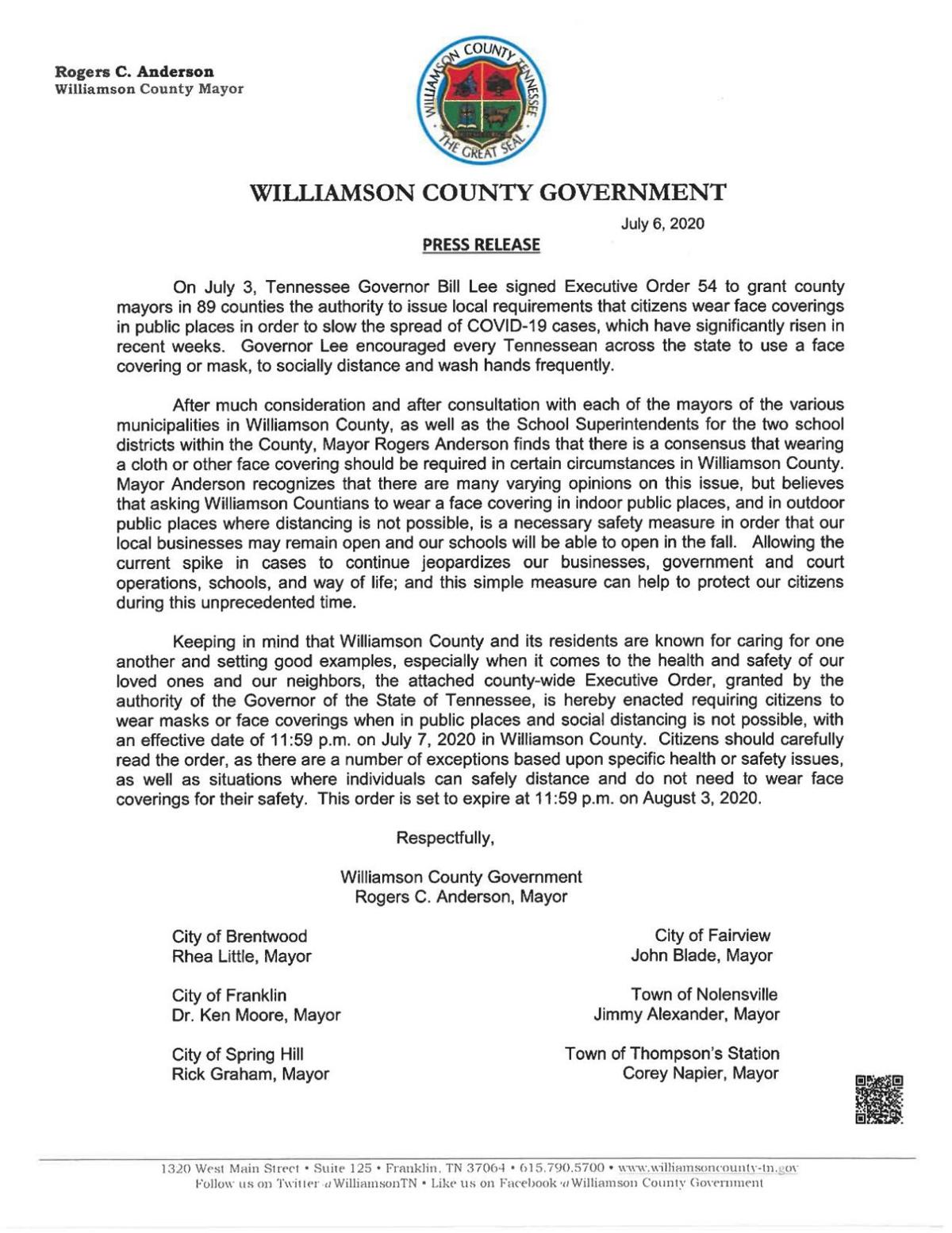