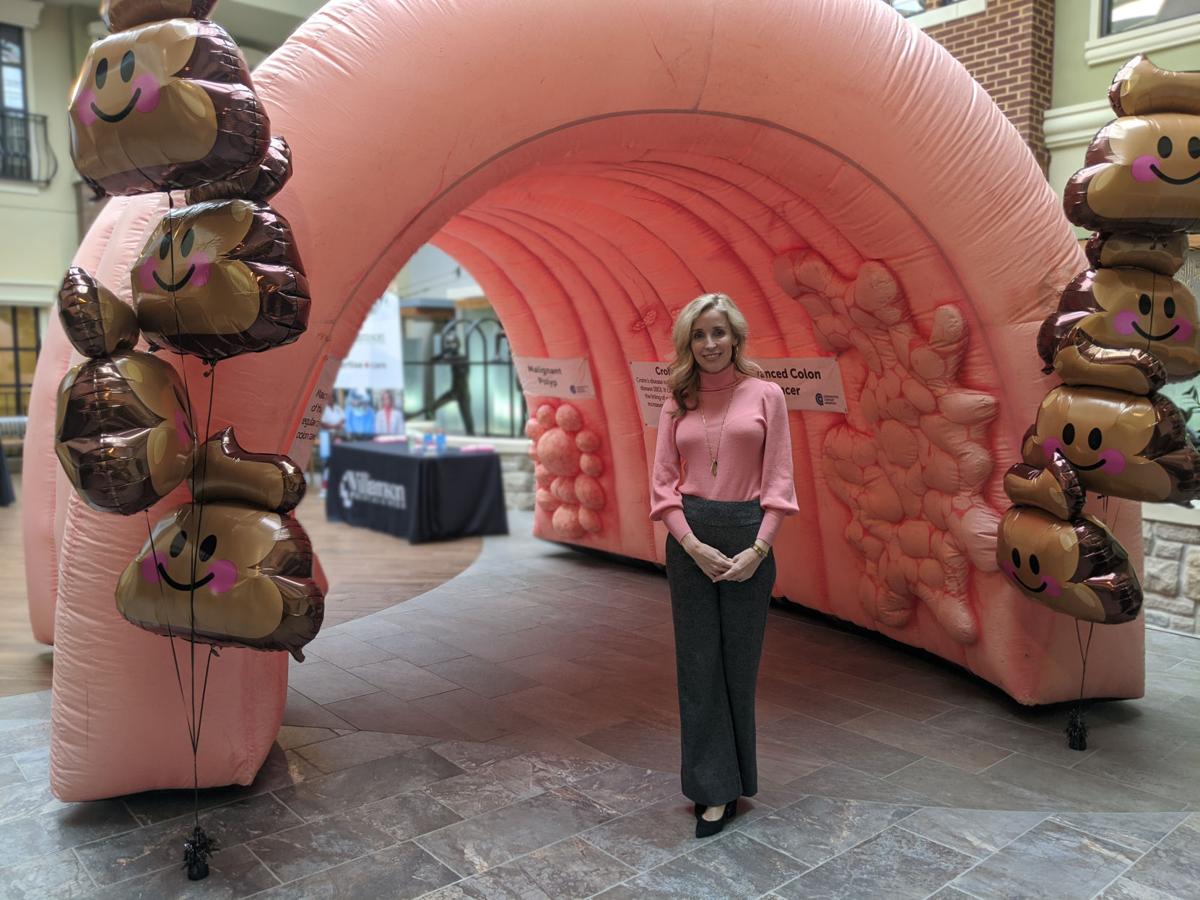 Elizabeth Lindsey says that a third of eligible Tennesseans are not up to date on their colonoscopies, which have been shown to reduce risk of death from colorectal cancer by over 50%. 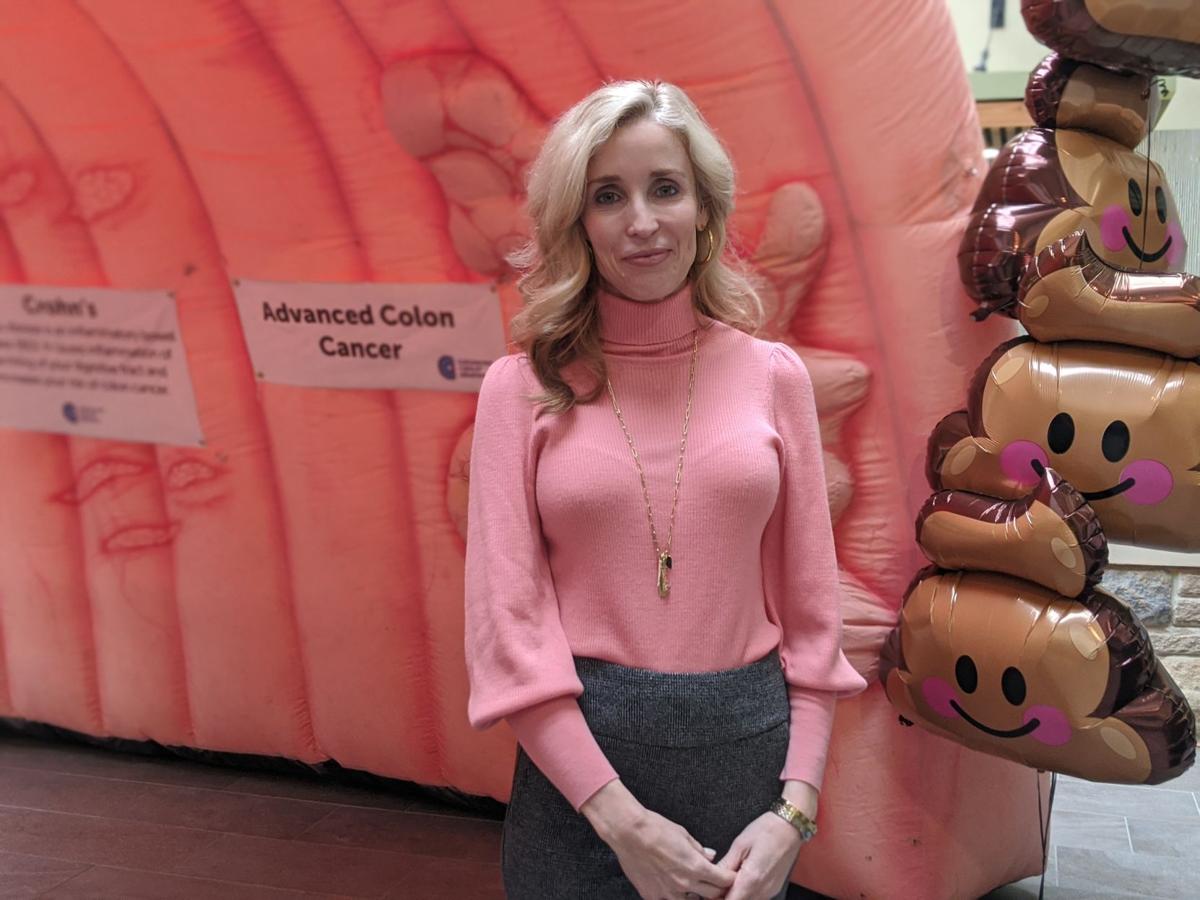 Elizabeth Lindsey, a gastroenterologist at Williamson Medical Center, stands beside an inflatable colon that’s been set up to raise awareness for colorectal cancer, the third most common cause of death from cancer. 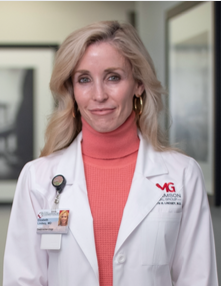 Elizabeth Lindsey, M.D., is a gastroenterologist at Williamson Medical Center.

Elizabeth Lindsey says that a third of eligible Tennesseans are not up to date on their colonoscopies, which have been shown to reduce risk of death from colorectal cancer by over 50%.

Elizabeth Lindsey, a gastroenterologist at Williamson Medical Center, stands beside an inflatable colon that’s been set up to raise awareness for colorectal cancer, the third most common cause of death from cancer.

Elizabeth Lindsey, M.D., is a gastroenterologist at Williamson Medical Center.

March is National Colorectal Cancer Awareness Month, and Williamson Medical Center is jumping ahead of the curve to educate the public and try to squash taboos associated with medical issues in the colon.

Elizabeth Lindsey, a gastroenterologist at the hospital, spent her Tuesday morning and afternoon guiding WMC employees through a giant, inflatable colon framed with poop emoji balloons, hoping the goofy display would ease discomfort about the subject.

“There was a study that demonstrated that it takes people, on average, three years to come to a (gastroenterology) doctor to talk about their complaints,” Lindsey said. “So, for some reason, we think it’s taboo.”

According to the Colorectal Cancer Alliance, colorectal cancer is the third most common cancer diagnosis in America, behind lung and prostate or breast cancer, and is the second-leading cause of cancer death among men and women combined, accounting for more than 600,000 deaths in over 1,700,000 cases in 2018.

As of 2016, the Centers for Disease Control and Prevention shows that 65.6% of eligible patients are up to date on their colorectal cancer screenings, below the 2020 national goal of 80%. Though there are numerous screening options, Lindsey suggests scheduling regular colonoscopies.

“A colonoscopy is the most effective screening option for early detection,” she said. “It’s the only screening exam that not only checks for colorectal cancer but can also prevent it.”

Just eight years ago, results from a study conducted over more than three decades showed that colonoscopies can reduce the risk of death from colorectal cancer by about 53%. This data is only recent because the colonoscopy procedure is still just about 50. The first official colonoscopy was performed in 1969 in Japan.

“Finally, we can say a colonoscopy can save your life with data to back it up,” Lindsey said. “We didn’t have the data for a long time.”

Lindsey said that not only do gastroenterologists check for cancerous polyps during colonoscopies, but they remove any growths, even benign, to prevent them from becoming malignant over time. She said that the development of malignant polyps takes, on average, about 10 years, which is why colonoscopies are suggested every decade once patients hit age 50, though some doctors now suggest starting at 45 because of the disease’s prevalence.

“We’ve dropped it down to 45, and in those patients, there’s actually been an 11% increase in death,” she said. “So, we’re finding it in 30-year-olds; we’re finding it in 40-year-olds. … The problem is that insurance companies haven’t caught up, and they’re not paying for it — only Aetna.”

While researchers continue to learn more about colorectal cancer, many of the risk factors are still broad and unknown. However, family history, comorbidities such as Crohn’s disease and smoking are all considered predisposing factors, according to Lindsey. She said some doctors suspect that red meat, obesity and age can also raise the risk.

Apart from regular 10-year procedures, Lindsey said that patients should schedule a colonoscopy if they notice symptoms such as rectal bleeding, anemia, change in bowel regularity and unintended weight loss.

Courtney Miller, integrated marketing specialist at WMC, said that the hospital hopes that raising awareness about the disease will make the subject a bit more comfortable in conversation, encouraging people not to “die of embarrassment,” but to feel comfortable visiting a gastroenterologist.