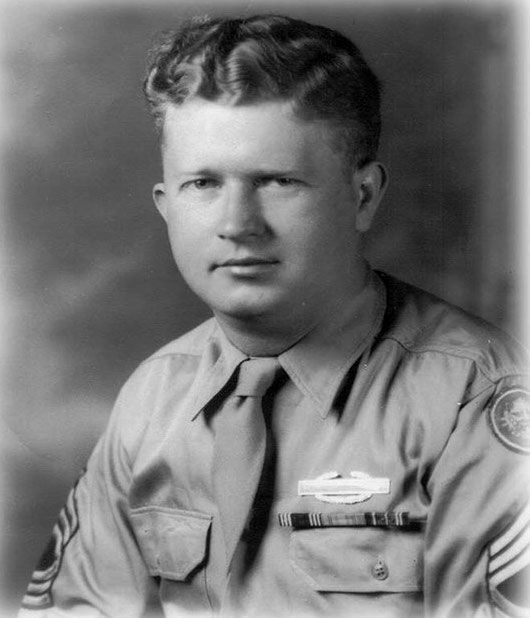 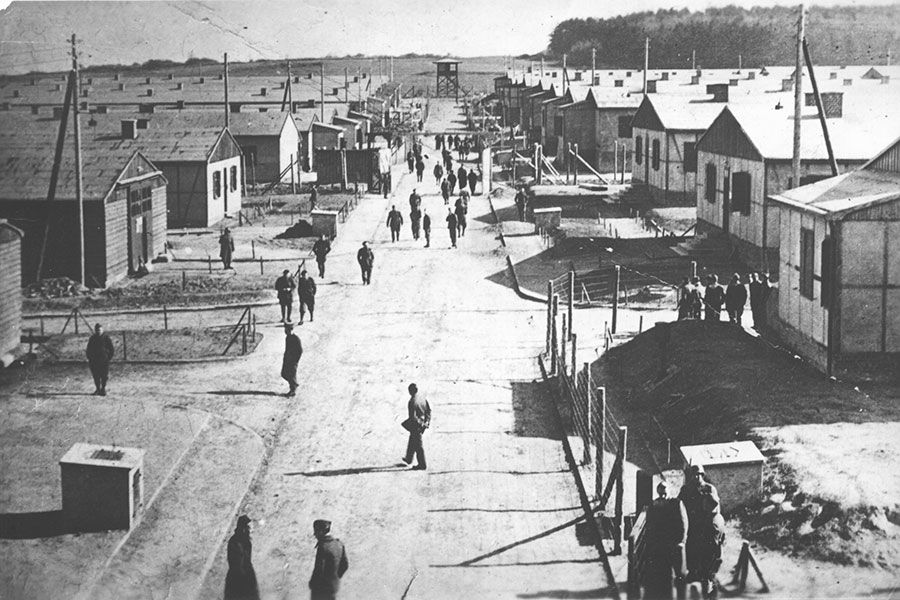 At a POW camp for enlisted soldiers near Ziegenhain, Germany, Edmonds was the highest-ranking American.

At a POW camp for enlisted soldiers near Ziegenhain, Germany, Edmonds was the highest-ranking American.

As we approach what may be the most divisive Memorial Day in American history, here’s a story to reflect upon.

Tennessee has produced many generals, admirals and Medal of Honor recipients. However, I don’t know if any native of the Volunteer State has ever stood up for American values with more courage than Master Sgt. Roddie Edmonds.

In December 1944, thousands of American soldiers were taken prisoner during the Battle of the Bulge. After being packed in boxcars for several days without food or water, they were separated into different prisoner of war camps for officers and enlisted men.

At a POW camp for enlisted soldiers near Ziegenhain, Germany, Edmonds was the highest-ranking American. One of four brothers, he graduated from Knoxville High School in 1938.

After they were all herded into the camp, in January 1945, German prison guards told Edmonds that on the next day, they wanted all American POWs who were Jewish to identify themselves.

Edmonds realized what this meant. He knew that the American soldiers who were Jewish would be murdered or sent to slave labor camps, from where they would probably never return.

Edmonds sent out an order to his fellow Americans: The next day, when the Germans ordered all Jews to step forward, all American prisoners would step forward.

The next day, when the German commander ordered the Jews to “fall into formation,” all 1,275 American soldiers lined up.

“We are all Jews here,” Edmonds explained.

“They cannot all be Jews!” the German commander replied.

“We are all Jews!” Edmond said again.

The German commander took out a pistol and held it to Edmonds’ forehead, threatening to kill him if he did not order the Jews to be segregated. But Edmonds did not change his story.

Eventually the commandant gave up and stormed away.

We now believe that Edmonds’ actions, and those of the men who obeyed his orders, saved the lives of about 200 American soldiers.

Edmonds never talked about this story after the war and never received any official recognition for what he did. Only after he died in 1985 did his son, the Rev. Chris Edmonds first read the story in his father’s diary. Rev. Edmonds eventually heard accounts of it from some of the Jewish prisoners of war whose lives his father probably saved, such as Philadelphia native Paul Stern.

“That critical confrontation occurred in a few short moments, yet it remained vivid in my mind these many years, and I blessed Sgt. Edmonds for his heroic act of courage,” Stern said.

Chris Edmonds is now the pastor of Piney Grove Baptist Church in Maryville.

Edmonds eventually became the subject of news articles in national publications. Yad Vashem, the Israeli state Holocaust Memorial in Jerusalem, added Edmonds’ named to a roll of honor because of his actions. In 2016, Tennessee’s Congressional Delegation nominated Edmonds to receive a Congressional Gold Medal, but it has not been acted on since.

Three decades after his death, I honestly don’t think it makes much difference whether Roddie Edmonds receives the Congressional Gold Medal. However, I would like every student in Tennessee to learn his story and to know that this is how Americans should look out for each other.

Bill Carey is the executive director of Tennessee History for Kids.