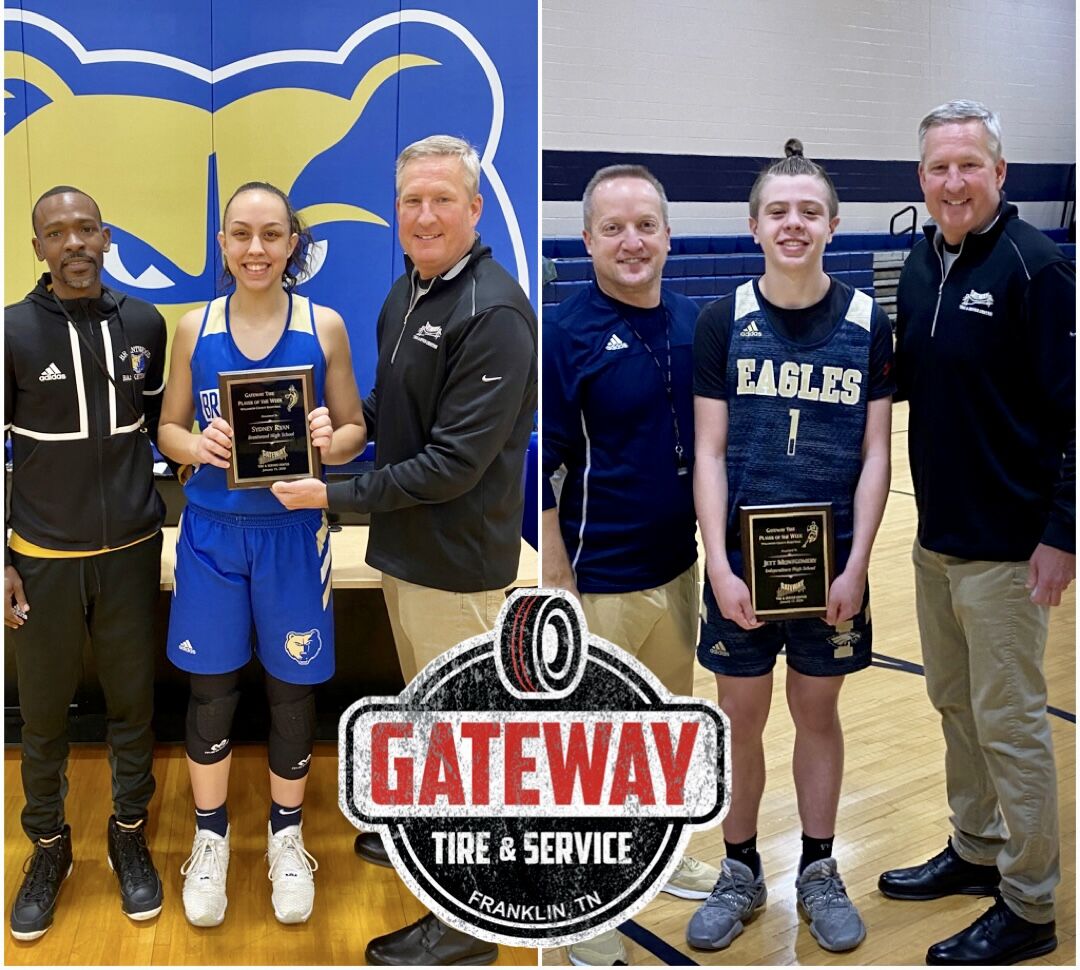 Basketball players Sydney Ryan of Brentwood and Jett Montgomery of Independence were selected as the Gateway Tire Athletes of the Week for the week ending Jan. 17, 2021. 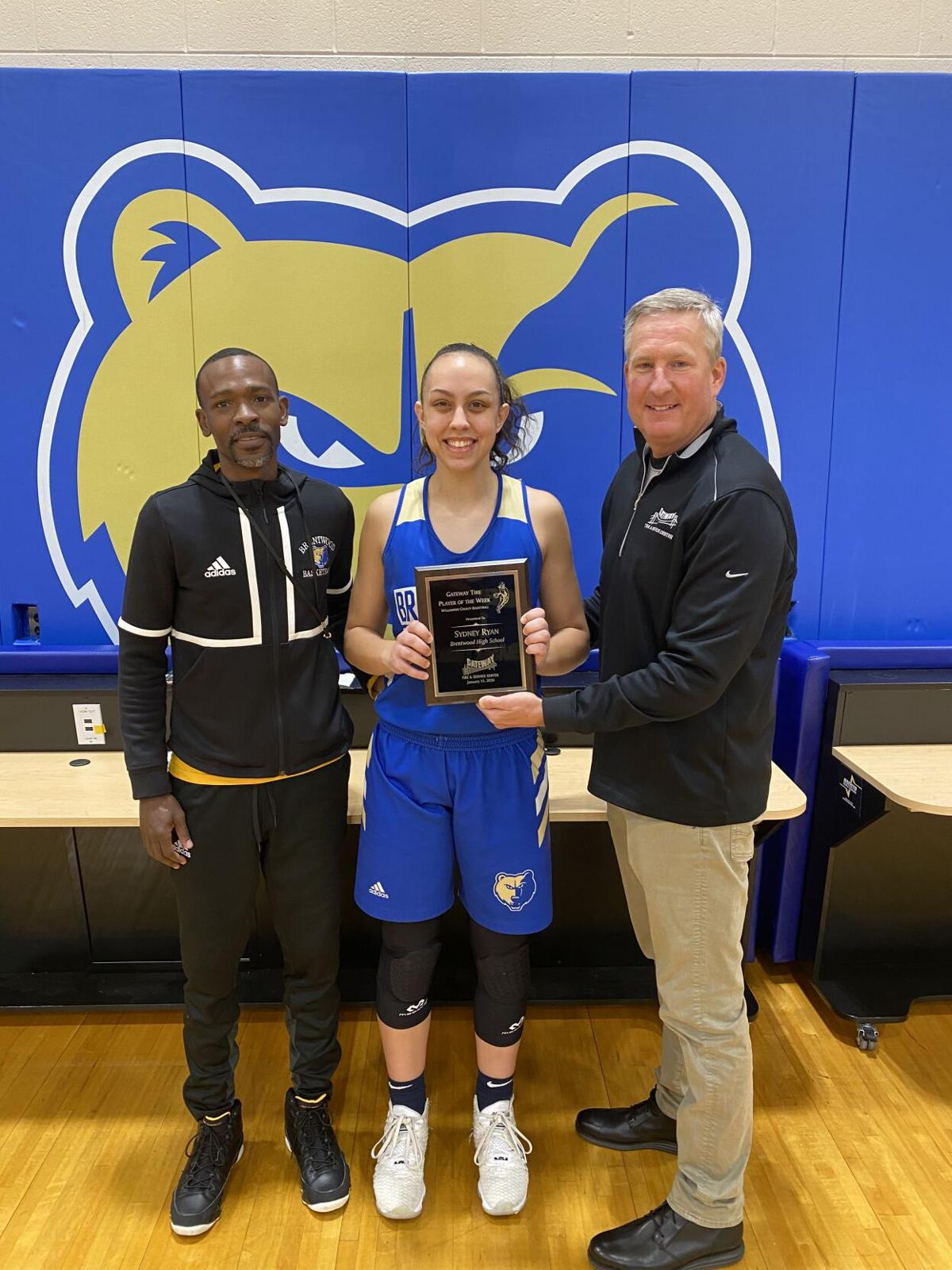 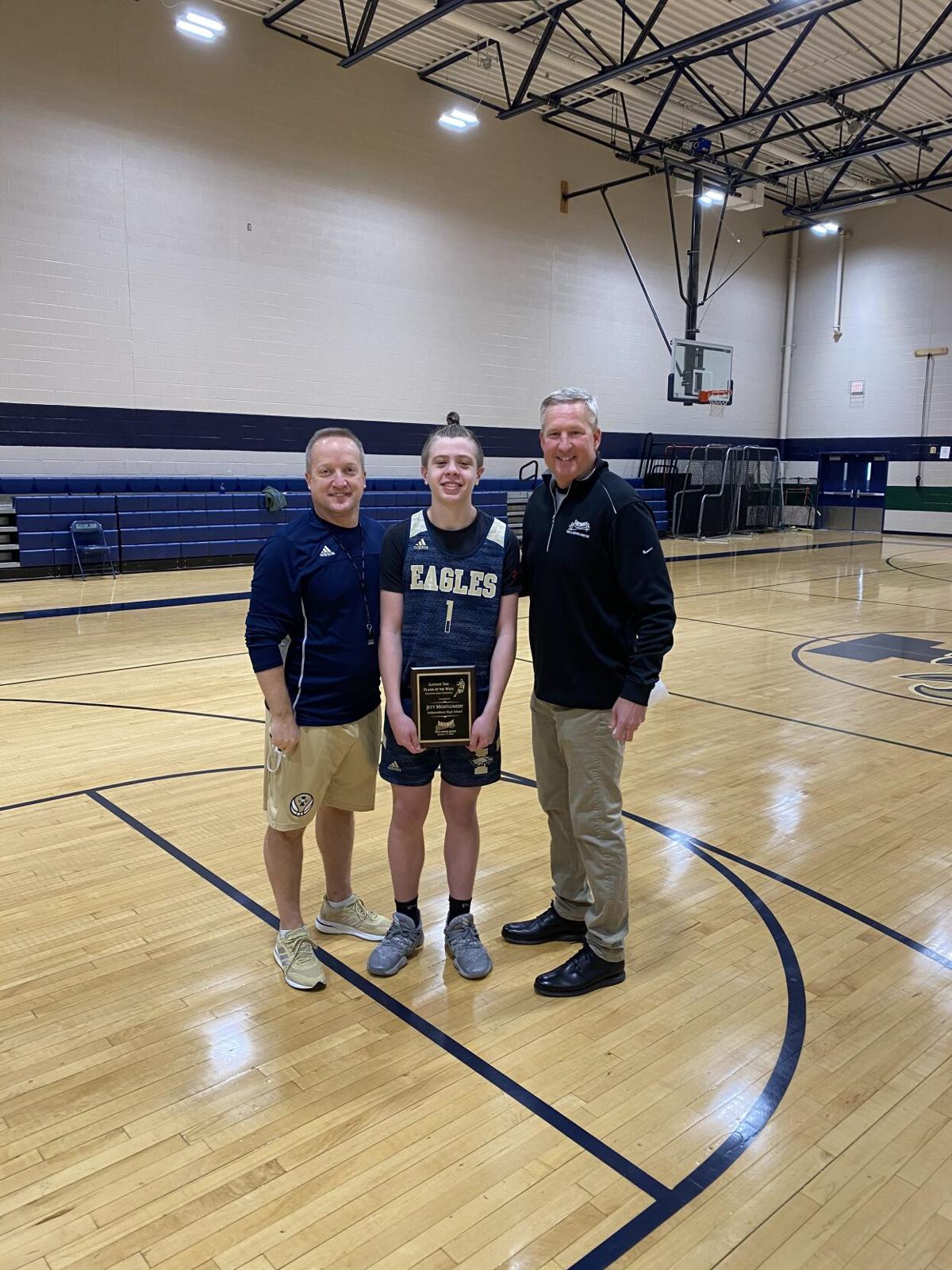 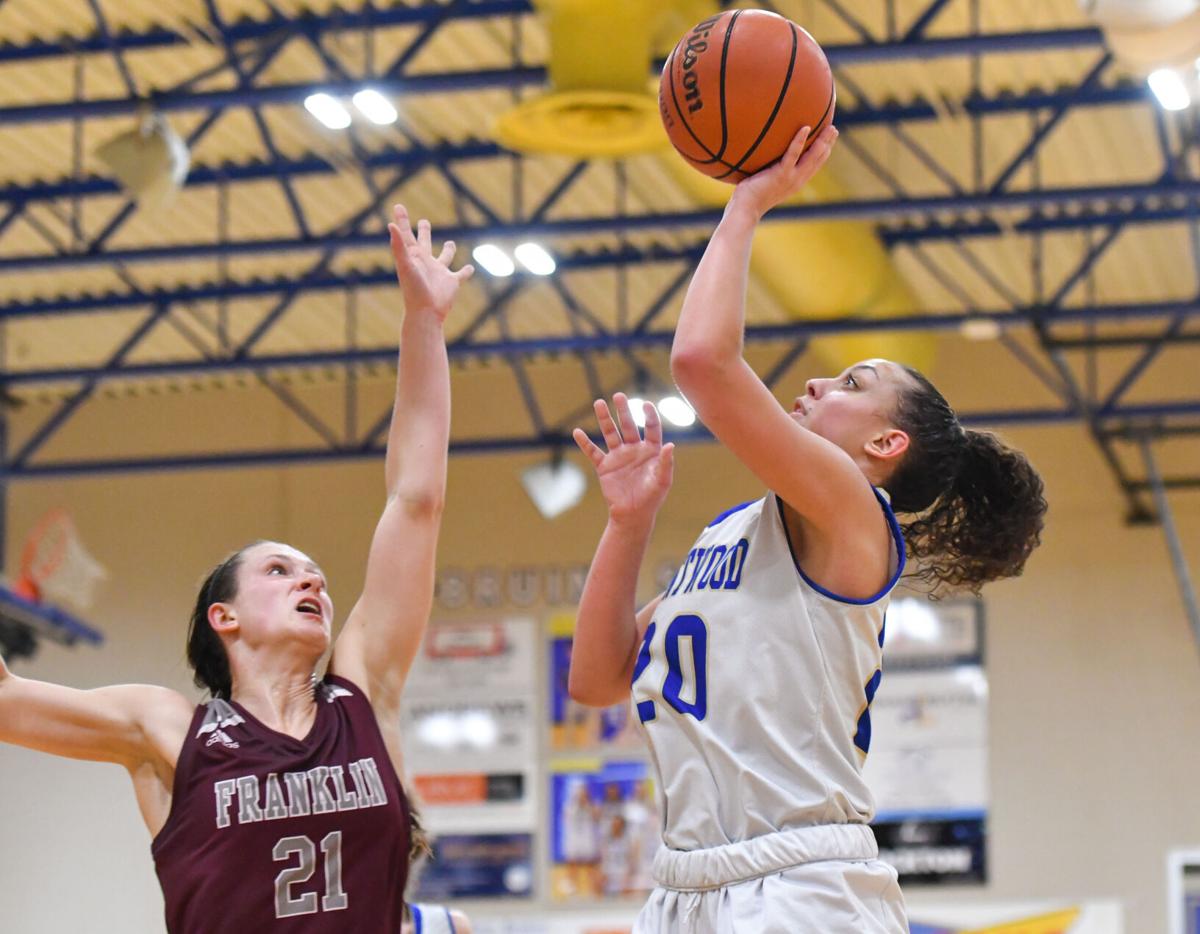 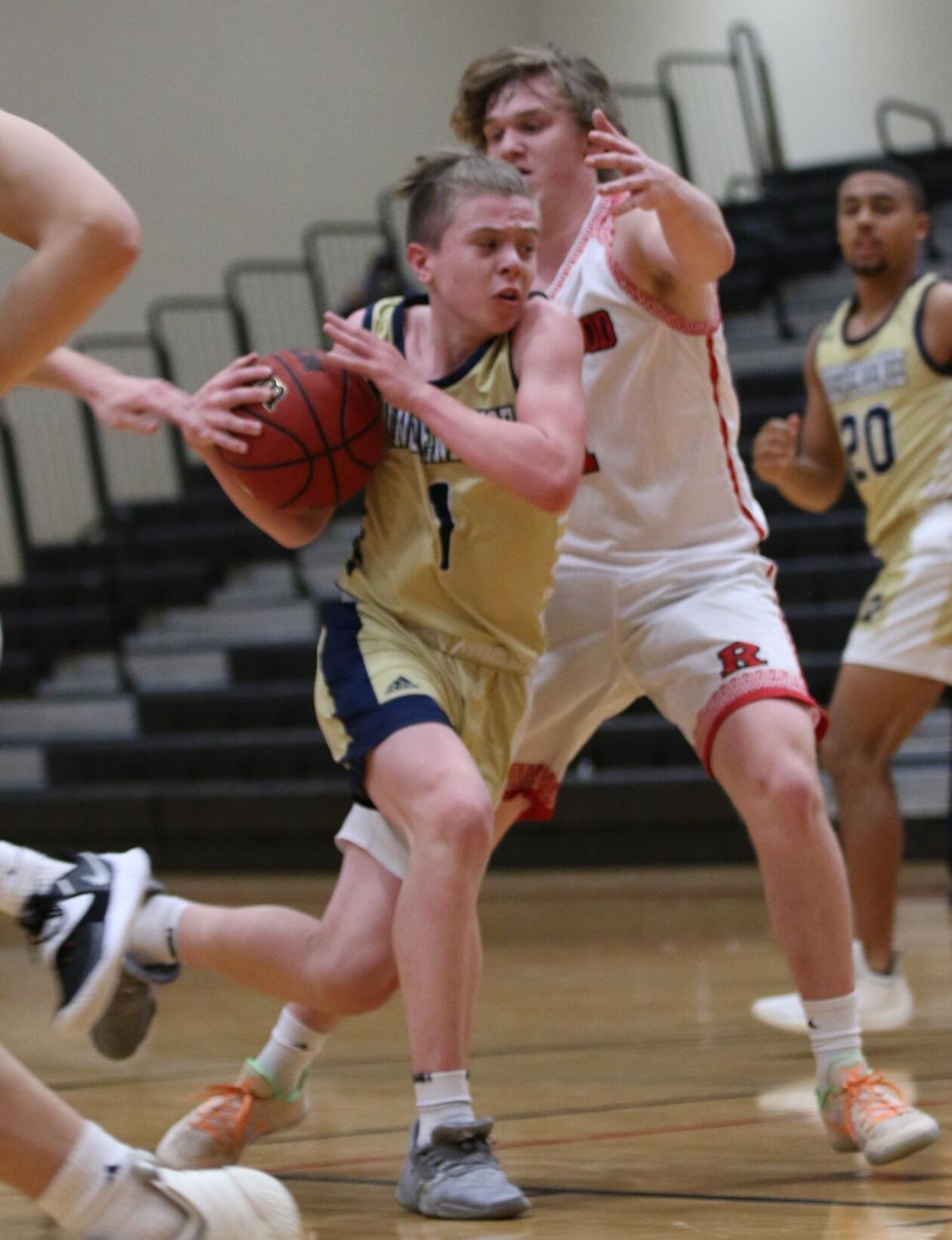 Basketball players Sydney Ryan of Brentwood and Jett Montgomery of Independence were selected as the Gateway Tire Athletes of the Week for the week ending Jan. 17, 2021.

Brentwood High School junior Sydney Ryan and Independence freshman Jett Montgomery garnered Gateway Tire Athlete of the Week honors after a big week on the hardwood for their respective teams.

The two were chosen as part of the Athletes of the Week awards sponsored by Gateway Tire & Service Center of Franklin. One male and one female athlete from Williamson County is selected and featured each week in the Williamson Herald.

Ryan poured in a season-high 32 points in a 77-29 District 11-AAA win at Independence last week and netted 24 points in a 67-57 win over Loretto in a battle of ranked teams as well.

Brentwood coach Myles Thrash said Ryan, who had an offseason surgery, is really beginning to show her hard work she’s put in the gym to reach near full recovery.

“She’s worked on her body tremendously and beginning to have confidence in it again,” Thrash said. “Also, she’s really beginning to learn those things we need from her and do what she needs to do to be successful.”

Ryan finished 9-of-20 from beyond the 3-point line in the two games and also grabbed a combined 19 rebounds to go with nine steals in the two wins.

Montgomery might just be a freshman but has made an immediate impact with the Eagles. He scored 19 points in a 76-47 win over Spring Hill and then netted a team-best 24 in another District 11-AAA win – a 68-64 win over Brentwood.

"He loves basketball and competes," Indy coach Doug Keil said. “He’s the type of player everyone wants to coach. He’s unselfish and not looking for just his shot.

“As a freshman, I’m excited to see him play for the next four years."

Montgomery helped keep the Eagles in front in the win over Brentwood by connecting on all nine of his free throw attempts in the fourth quarter.

Other nominees for Gateway Tire Female Athlete of the Week included wrestler Annalise Dodson of Franklin, who won her 125-pound weight class with four pins at the Franklin Admiral Invitational. Drew Dodson of Ravenwood, another wrestler, was up for the Gateway Tire Boys Athlete of the Week after winning his 145-pound division at the same tournament with three pins and technical fall.