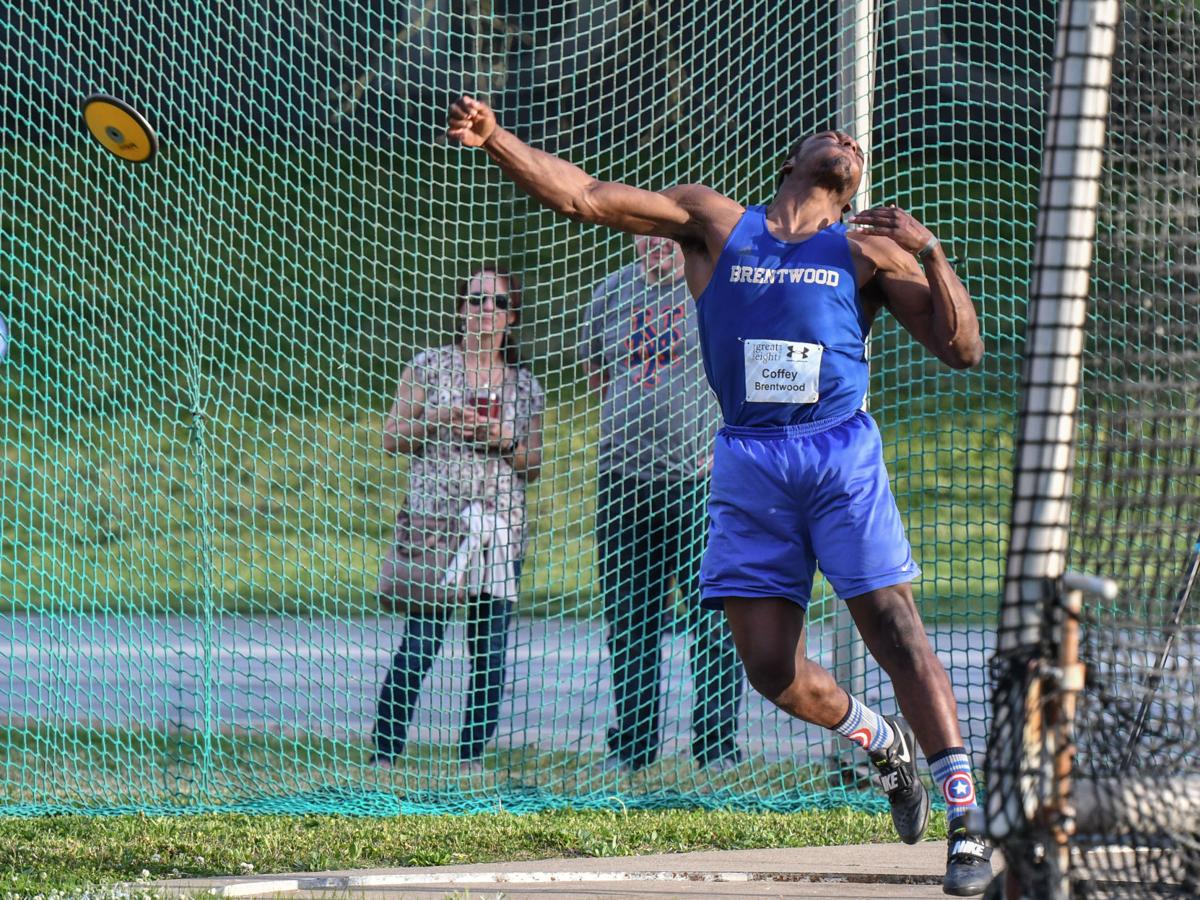 Skylar Coffey, photographed here during the Great 8 Track & Field Invitational in Nashville in April of 2019, shattered his personal records in both the discus and shot put Saturday at Brentwood Academy during the inaugural Tennessee Throwers Classic. 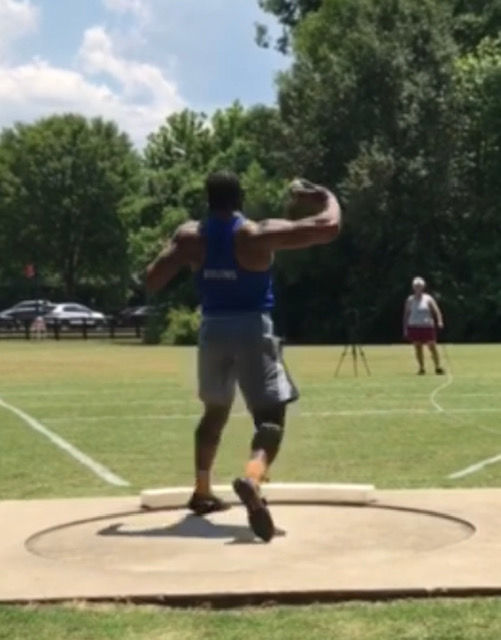 Skylar Coffey, photographed here during the Great 8 Track & Field Invitational in Nashville in April of 2019, shattered his personal records in both the discus and shot put Saturday at Brentwood Academy during the inaugural Tennessee Throwers Classic.

Before Skylar Coffey’s first track and field meet this year, the COVID-19 pandemic essentially ended his senior season before it even started. Regardless, the Brentwood standout remained ready, hoping to compete one more time in his senior season.

Coffey kept grinding despite other competitions cancelling, including the high school nationals. He said he was just hoping for the chance to showcase his talents and further etch his name into the Tennessee record books.

“I guess this was meant to be.”

Coffey was finally able to compete in a sanctioned event this year and on Saturday at Brentwood Academy, he produced his most prolific performance to date by shattering his personal records.

Coffey recorded a 201-foot discus throw – the second farthest throw in the nation this year – and heaved the shot-put 62 feet, 9 inches, besting his PR by more than seven feet. Both throws are the longest in the state. Former Bearden standout and current University of Kentucky All-American thrower Joshua Sobota last broke the 200-foot and 60-foot marks in 2018.

“We were talking afterward and his mom said, ‘Oh that was just awesome. Just awesome,” Coffey’s personal coach and meet director Steve Wade said. “I told her, ‘No, what you saw was not awesome because there’s a lot of awesome that happens, that was historic.’”

Coffey, who also repeated as state champion in wrestling earlier this year, said competing at the inaugural Tennessee Throwers Classic “meant everything.”

“Since I got robbed of the season this year and didn’t get the chance to go out there and show the state what I could do, it just felt like this was a long time coming,” Coffey said. “I didn’t want to waste any time. To join the 60-foot club and the 200-foot club, it feels great.”

Both throws are the longest recorded in the state this season. Wade said his shot put mark ranks No. 4 all-time for high schoolers in the state. Coffey’s 188-3 discus throw was the longest in the state last year and earned him the Class AAA state title. He won the shot put with a 55-5.25 toss in 2019.

Coffey will be throwing at the University of Tennessee in Knoxville this fall.

“I don’t think anyone realized what they were going to see when Skylar got in that circle,” Wade said. “When they saw the tiger unleashed, that was special. He’s just been chomping at the bit.

“I have coached lots of kids and state champions out the wazoo, but I’ve never had someone like this. He’s a once in a generation type of athlete.”

Both Wade and Coffey had the high school nationals meet circled all year, but when the National Scholastic Athletics Foundation announced they were cancelling the already rescheduled event just last week, it was another blow to a sour senior year.

“It’s been tough not being able to be out there all year,” Coffey said.

Wade and several area coaches, including Brentwood resident Rob Carlson, a former three-time All-American thrower at UT, along with Franklin Road Academy throwing coach Fran Hoogestaat, began discussing hosting an event for throwers a couple months ago. Any event during the coronavirus era is harder than ever to navigate, Wade said.

“We normally don’t plan meets and fortunately just get to show up,” the former Brentwood coach and current Brentwood Academy throwing coach said. “To get this USA Track and Field-sanctioned, dealing with campus restrictions, preparing a medical safety plan, performing COVID-19 screening … it was all a labor of love.”

Wade said the meet wasn’t heavily shared to try and keep numbers low, especially after nationals were canceled. He said the meet was capped with a total attendance of 50, including athletes, coaches, spectators and officials, while those entering campus were required to answer CDC recommended COVID-19 screening questions and have their temperatures taken.

“From the inception, we knew it was a challenge, from temperature checking to maintaining social distancing and segregating the small crowds from the athletes,” Wade said, adding that throwers had to collect their own discus and shots after throws. “Hopefully when we get this pandemic behind us, we can do this again and offer the hammer throw and javelin, because those are exceedingly difficult to find places to do them.”

Other throwers at the event included Coffey’s future teammate at UT, Zoe Vlk, a recent graduate from Wilson Central who swept the discus and shot last year at the state meet.

Incoming Belmont freshman Rebekah Stucker won both throwing events Saturday on the girls side with a 145-3 PR in the discus and a 42-6 throw in the shot. She won the shot and was second in the discus at the state meet in Missouri in 2019.

“There were numerous personal best marks set during the meet by other throwers,” Wade said. “However, the most inspiring takeaway may have been seeing the five seniors who participated having a chance to compete in a sport they love after having their seasons taken away.”