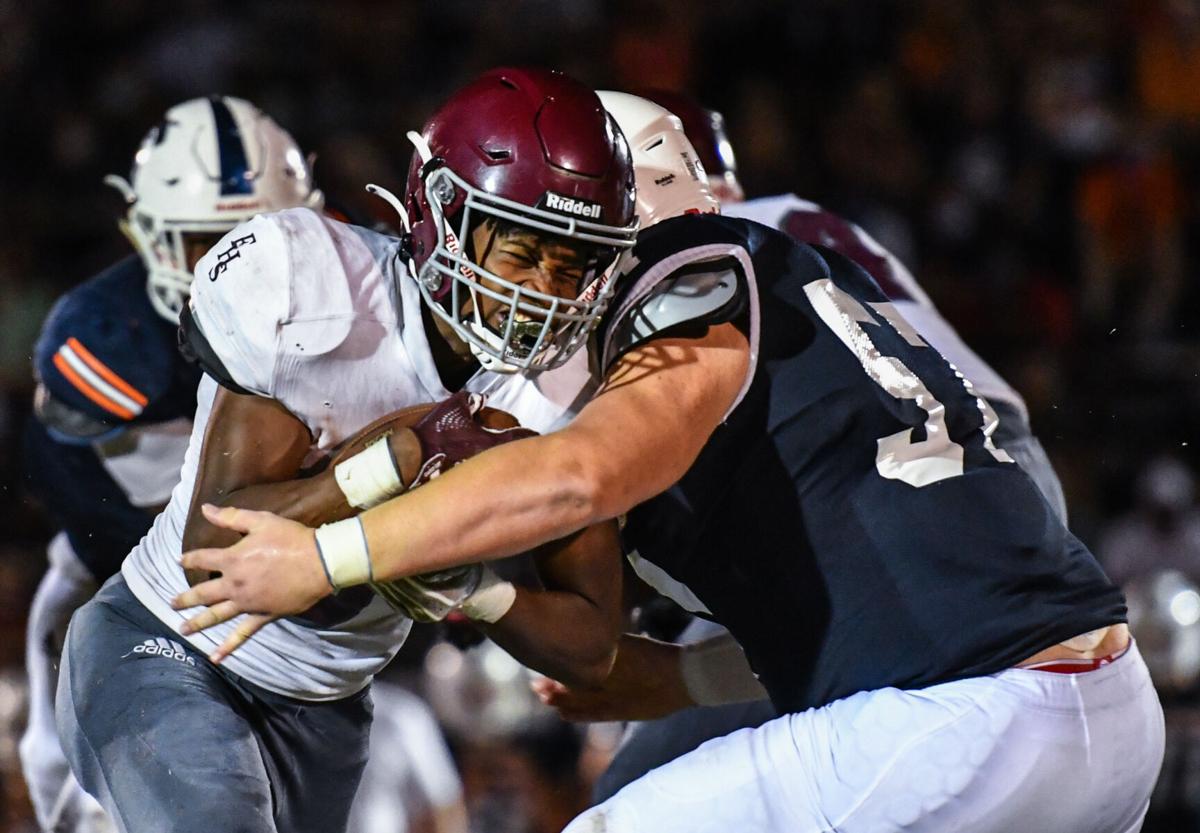 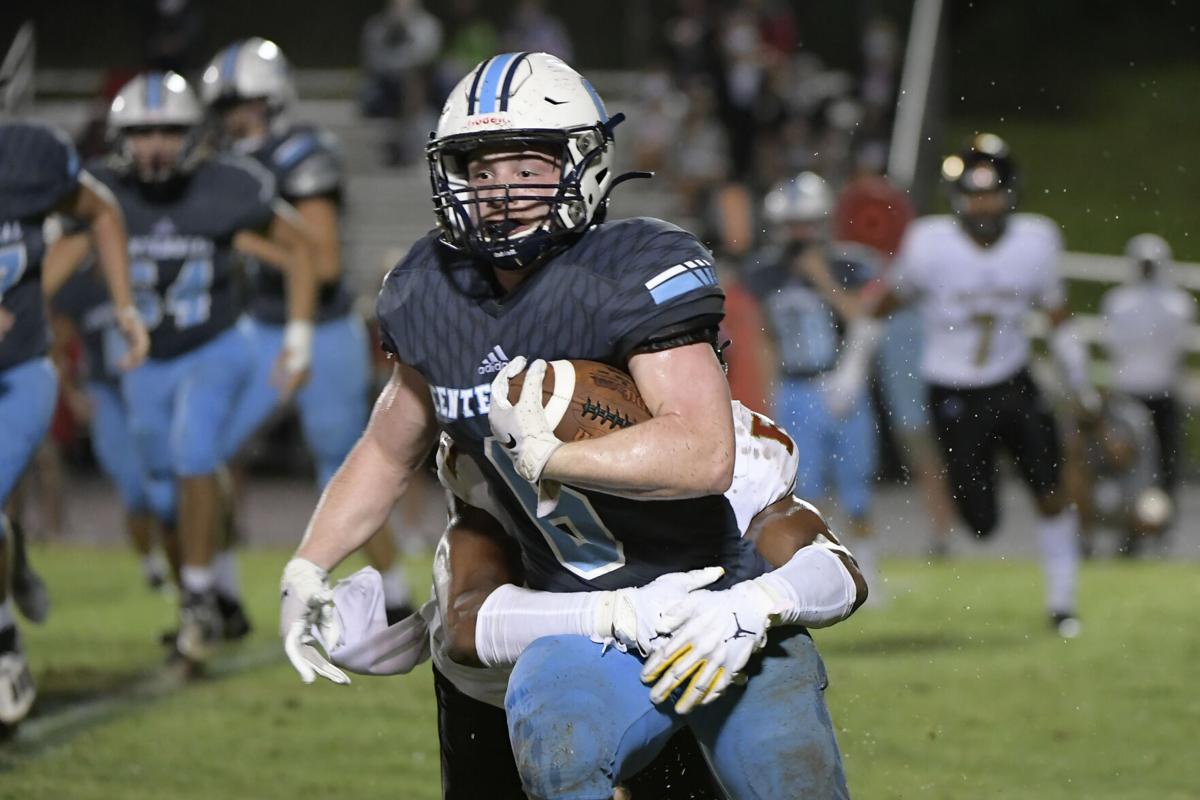 The annual Battle of Franklin has sided with the Franklin Admirals the last two seasons, including 2019’s wild 42-41 finish at Centennial to clinch a playoff berth, and plenty is on the line again Friday at Howard Gamble Stadium.

Franklin, which is 2-4 overall and 0-2 in Region 6-6A, heads into this matchup against its crosstown rivals hungry for a region win after losses to Ravenwood and Independence, while Centennial (2-4, 1-2) has shown some growth over the past few weeks, which included a 22-14 win against region opponent Dickson County.

“This is another great Williamson County game that is a fun experience for both teams,” Franklin coach Donnie Webb said. “Centennial is a well-coached team that is getting better weekly. I can see their confidence in their play on film.”

Football: In switch due to COVID-19, No. 5 Brentwood to host top-ranked Oakland

After a third Williamson County school was affected this week due to COVID-19, fifth-ranked …

In their previous 10 meetings dating back to 2011, the two programs have a 5-5 split. Franklin has won the last two matchups, but Centennial won the previous four dating back to a first-round playoff win at Franklin in 2014.

“No matter what’s going on in the world, our communities like to drop what they are doing to support these teams this time of year,” Cougars coach Matt Kreisky said. “This boils down to Franklin versus Centennial and we always know the kids are up for this game.

“With our youth, I feel like we have grown up the past couple weeks and hopefully we can be quicker since we are smaller and not get driven back because, man, they’re big.”

Sophomore quarterback Brendan Jones has gained confidence of late leading the Cougars offense, while Josh Forsee has guided the ground game at tailback. Forsee has rushed for 301 yards and four touchdowns over the last three games and Cannon Plowman has provided an offensive spark where he is plugged in, whether under center as a receiver or even as ball carrier.

Centennial is coming off a 44-28 loss at Shelbyville Central, where Kriesky said his team wasn’t ready for the Golden Eagles physicality. They’ll have to be ready Friday against a tough Franklin team, he said.

“We must learn to start the games better,” Webb said of his team, which fell into a 14-0 hole early against PJPII.

Connor Beavon crossed the 1,000-yard passing mark last week for Franklin and leads the offense with 11 total touchdowns. Beavon is also one of five Admirals with at least 20 carries. Junior Bryce Sparks leads the Franklin ground attack with 54.8 yards per game, while Carson Repass is Beavon’s favorite target with 27 catches for 419 yards and five scores.

This one is scheduled for a 7 p.m. kickoff at Franklin High School.

The Raptors will look to get back on track after a tough few weeks of play. The Raptors are in the midst of their first three-game losing streak since 2012, but that has come against a defending champion from Arkansas, rival Brentwood and the top-ranked team in the nation in IMG Academy last week.

The Ascenders racked up 452 yards against the Raptors and claimed a 45-14 win in Week 6. Ravenwood was within 24-14 in the second half before the wheels fell off. The Raptors have committed 13 turnovers in the three losses.

Dickson County has been outscored 108-56 in four games with its lone win coming by forfeit.

The Yellow Jackets have battled COVID-19 tracing protocol and snuck in a contest against Class 6A Lebanon last weekend despite not being able to practice prior. Fairview fell 49-35, running out of steam late.

Friday’s region matchup against struggling Camden will be just the fourth game played by the Yellow Jackets this season. Logan Nardozzi is gaining 91 yards a game and has four rushing TDs to lead Fairview, while senior quarterback Riley Bennet has thrown for three TDs and rushed for another. Bryce Fannin leads the defense with 17 tackles and an interception.

The Lions will try to win a third Division II-A East Region contest in a row Friday at home. Senior running back Blake Barton is coming off a 180-yard rushing performance with three TDs in a 45-12 win over The Webb School last week.

Barton leads the Lions with 686 yards rushing and 15 total touchdowns this season. He’s averaging 114 yards on the ground per outing.

Senior Kytn Wolf and the GCA defense will be busy against a Friendship Christian team that up-ended The King’s Academy 27-21 last week to hand TKA its first loss. Wolf anchors the Lions defense with nearly 14 tackles per game. He’s also come away with an interception, sack and blocked both a punt and field goal attempt through six games.

This matchup is scheduled for Saturday at 11 a.m. in Knoxville.

The unbeaten Eagles missed out on a game last week because their opponent – Florence High School of Alabama – was a last minute scratch because of COVID-19.

BA’s Tayler Montiel leads the offense with over 1,000 yards passing in five games and seven touchdowns. Four of Montiel’s receivers have at least 10 catches. Phillip Husband has 20 tackles and 5.5 sacks for the defense. BA beat Father Ryan 34-21 two weeks ago.