Granzow hit 21-of-27 attempts for 339 yards and six passing touchdowns and rushed for another. During a six-minute stretch of the third quarter – when the Bruins blew the game open – Granzow threw four touchdown balls in just seven total plays. 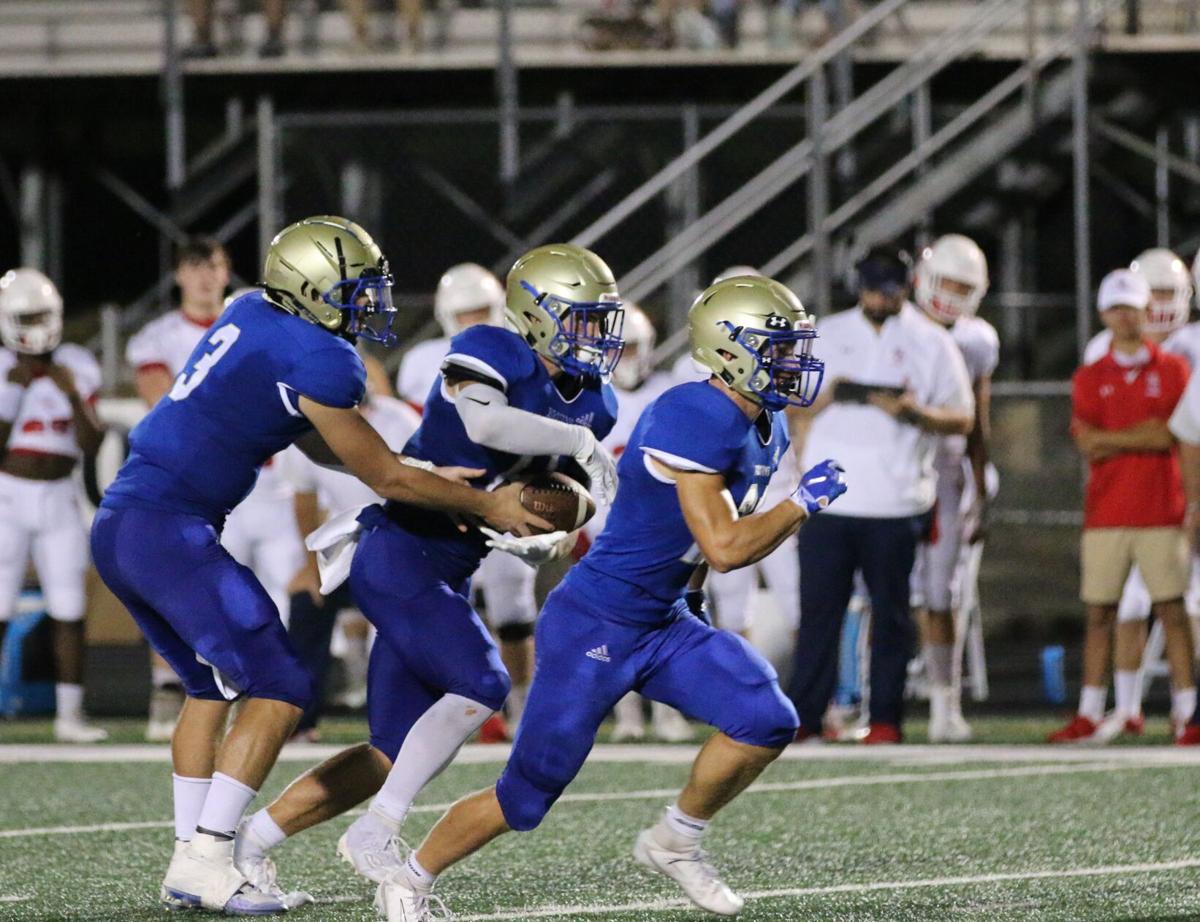 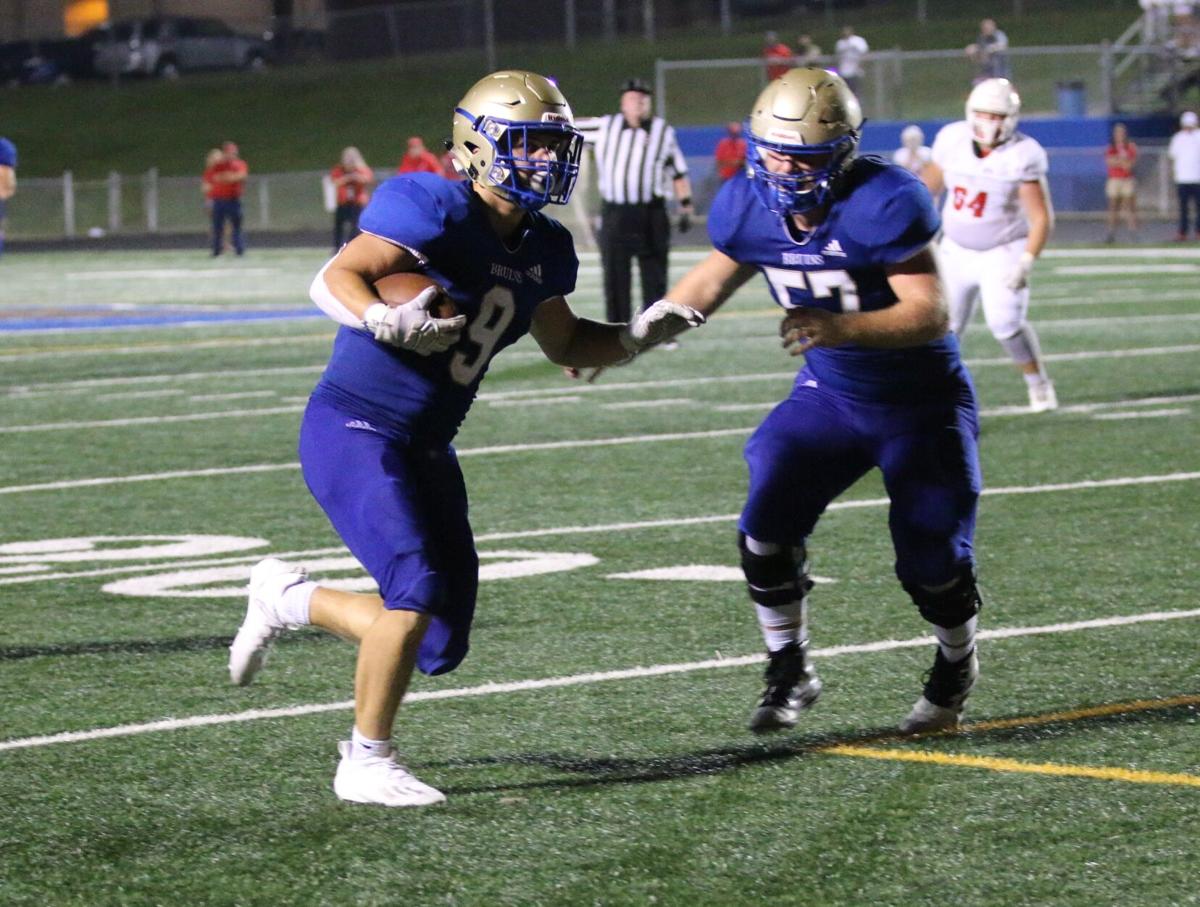 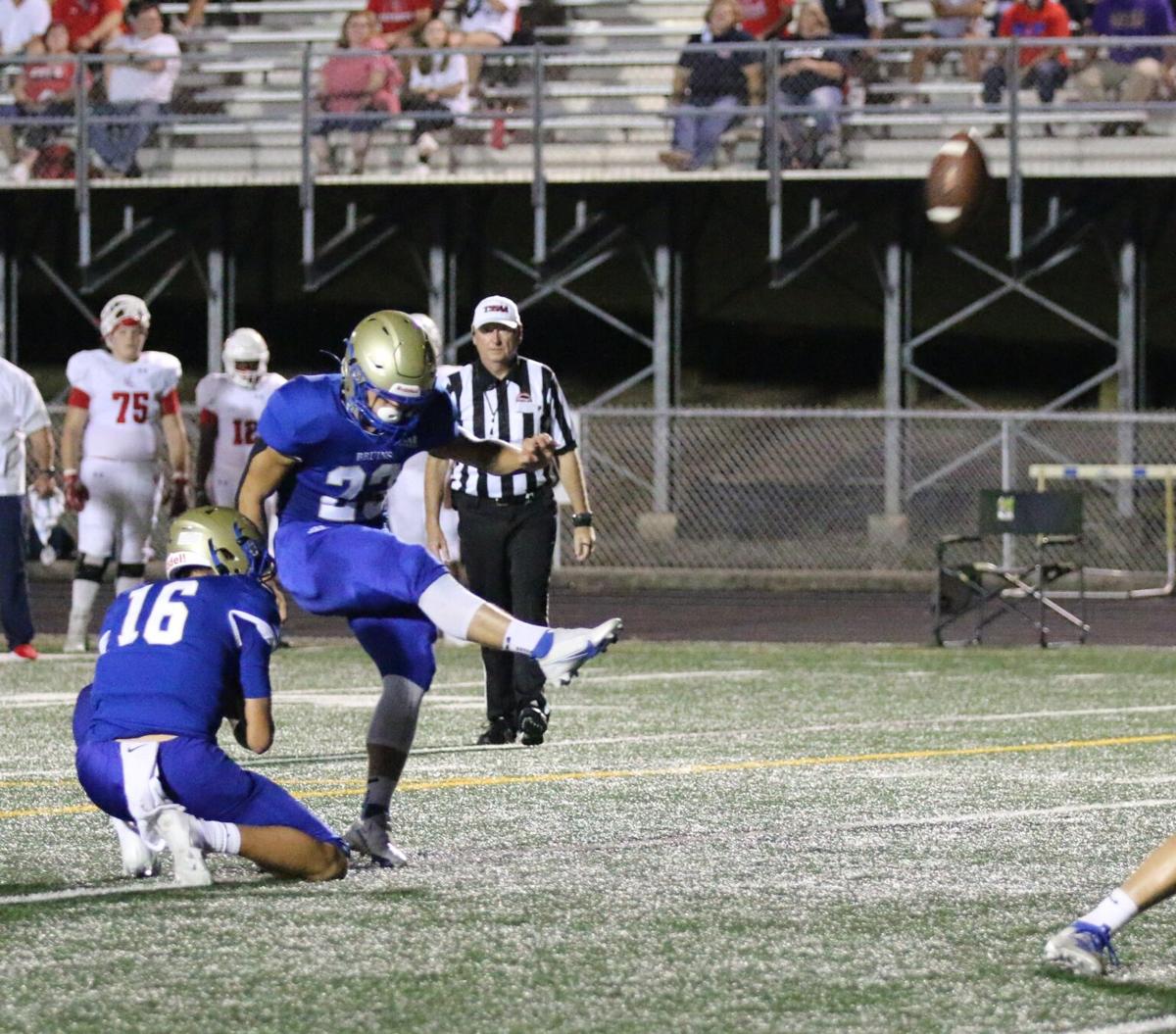 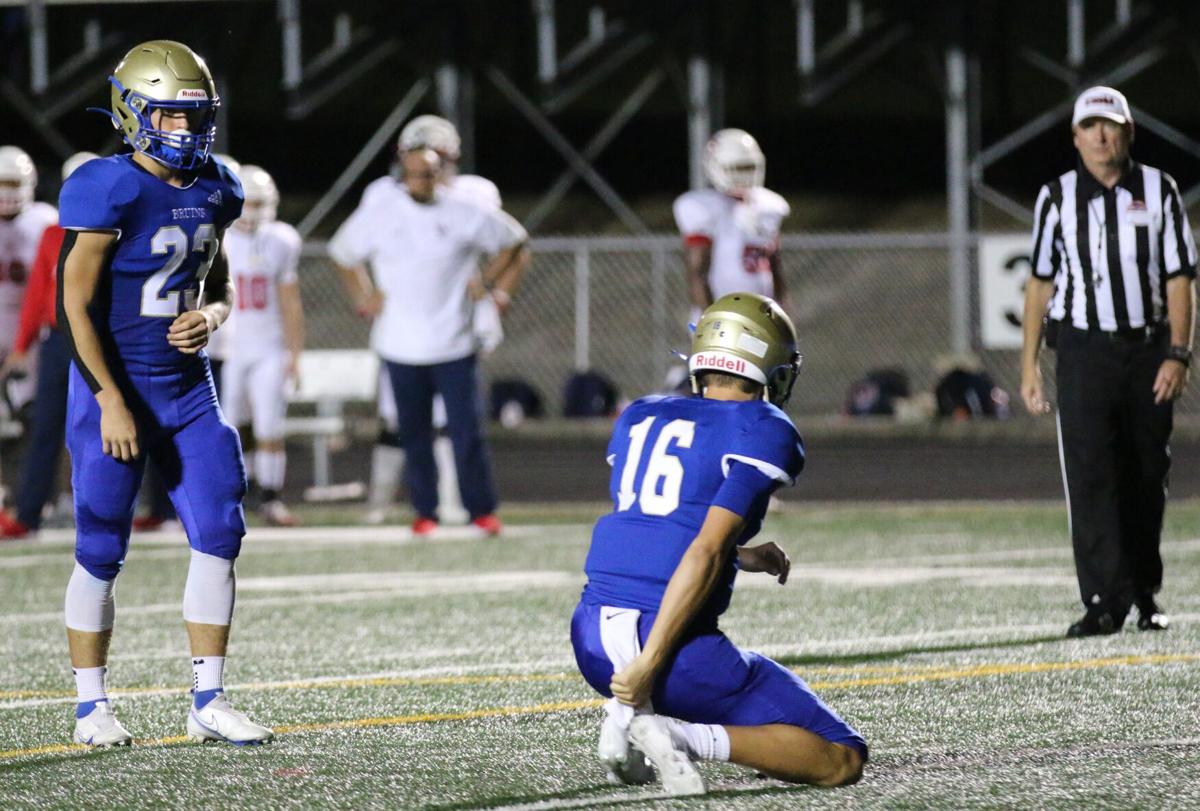 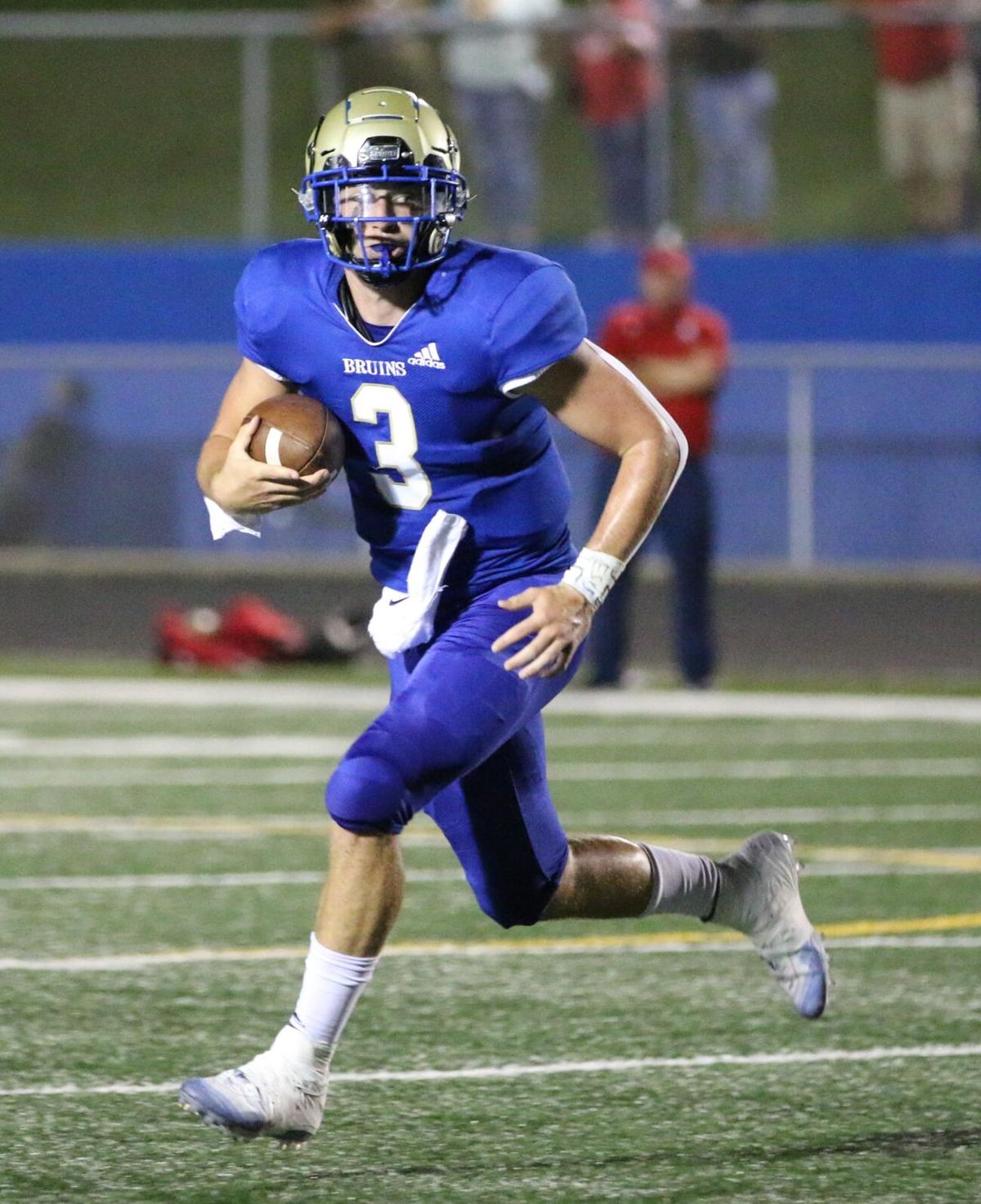 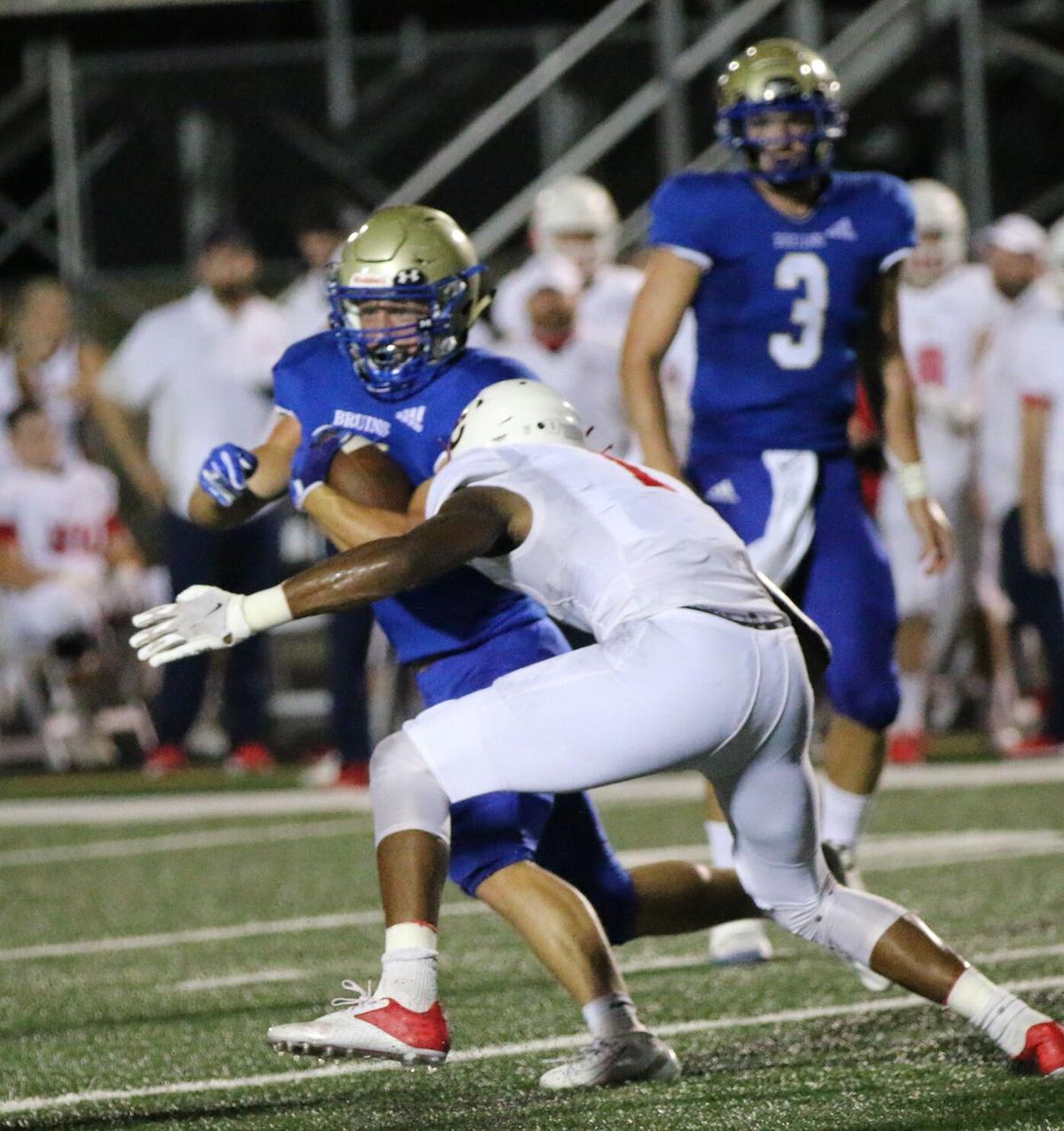 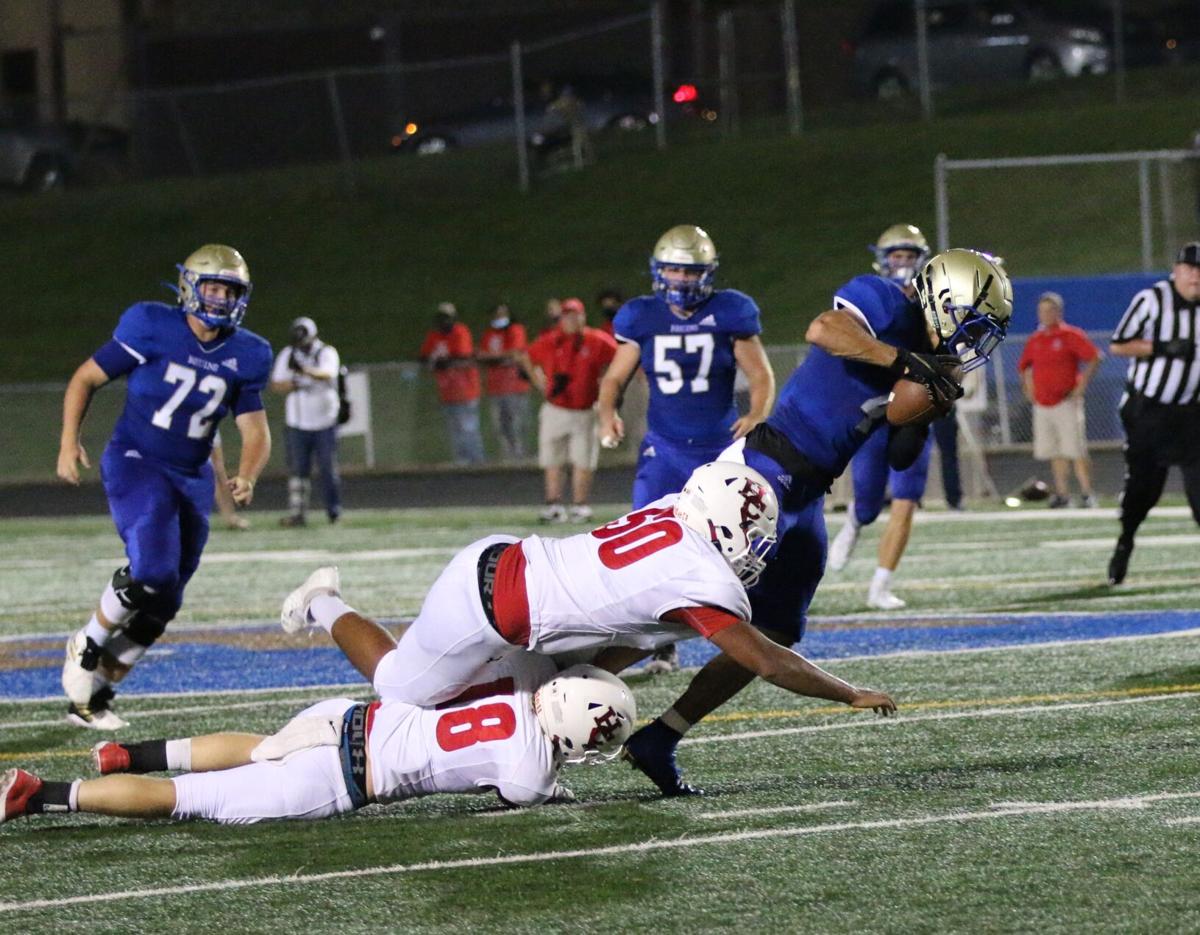 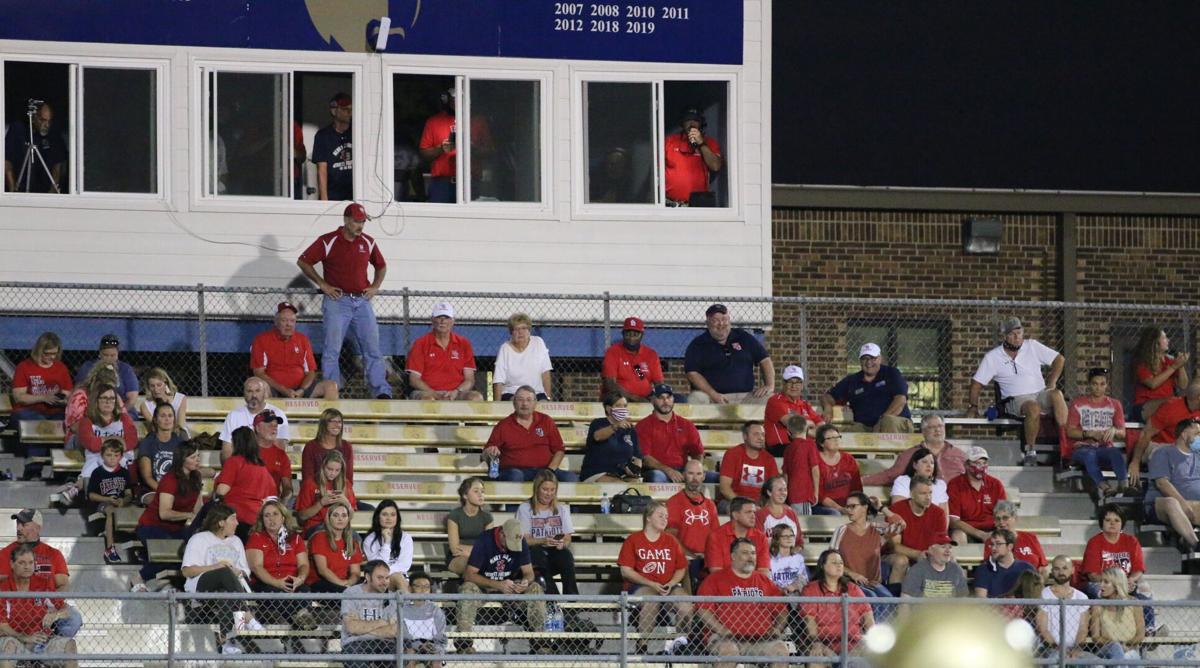 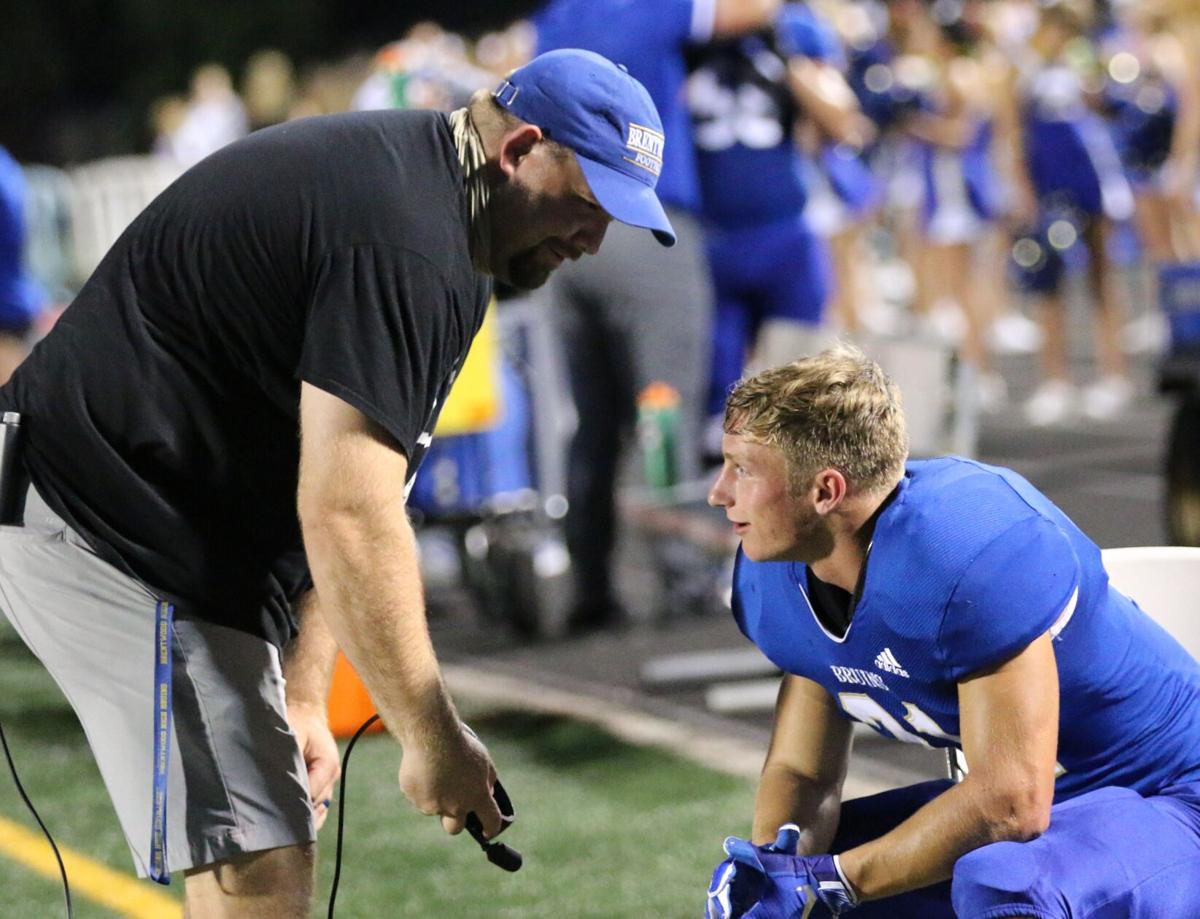 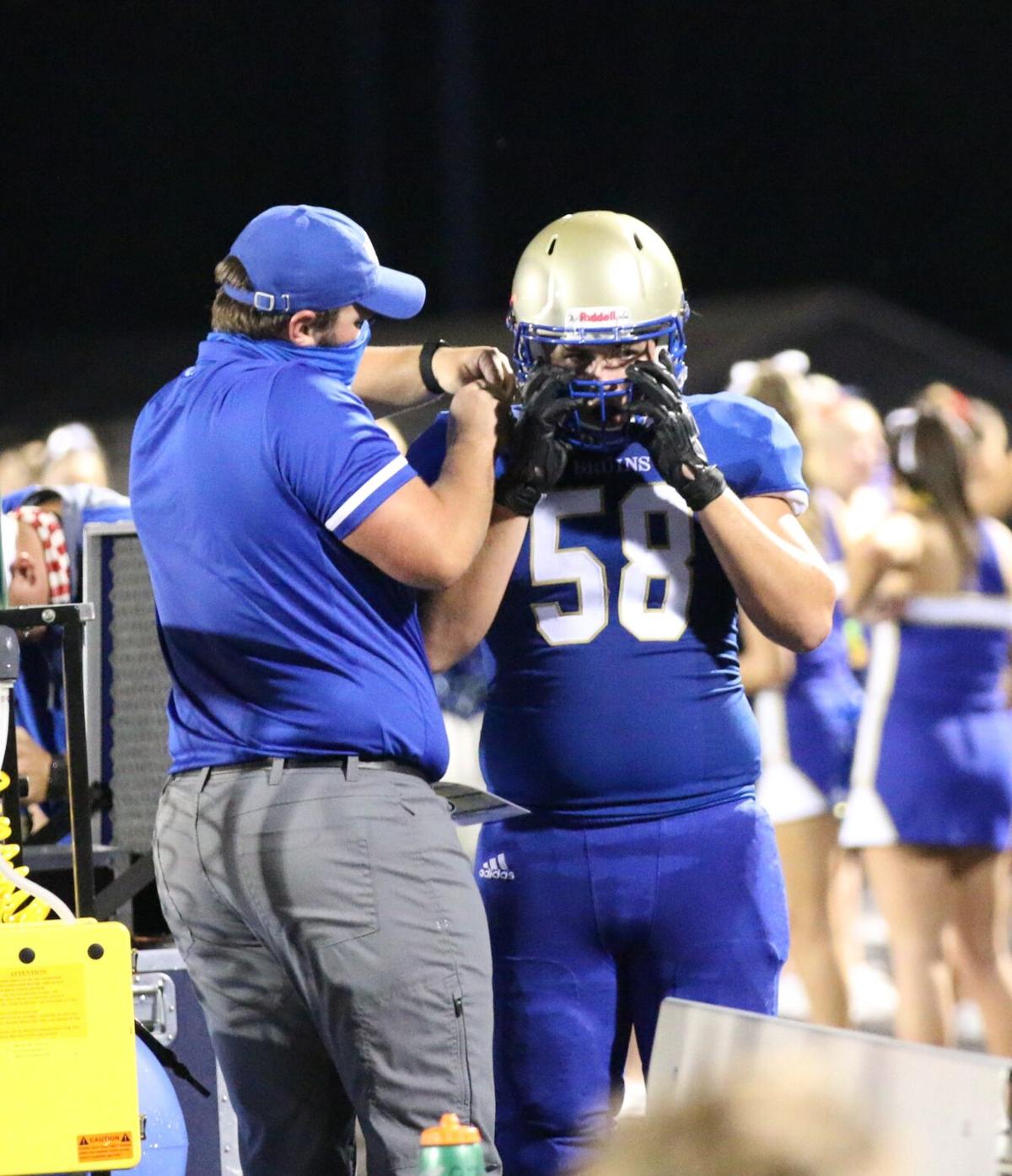 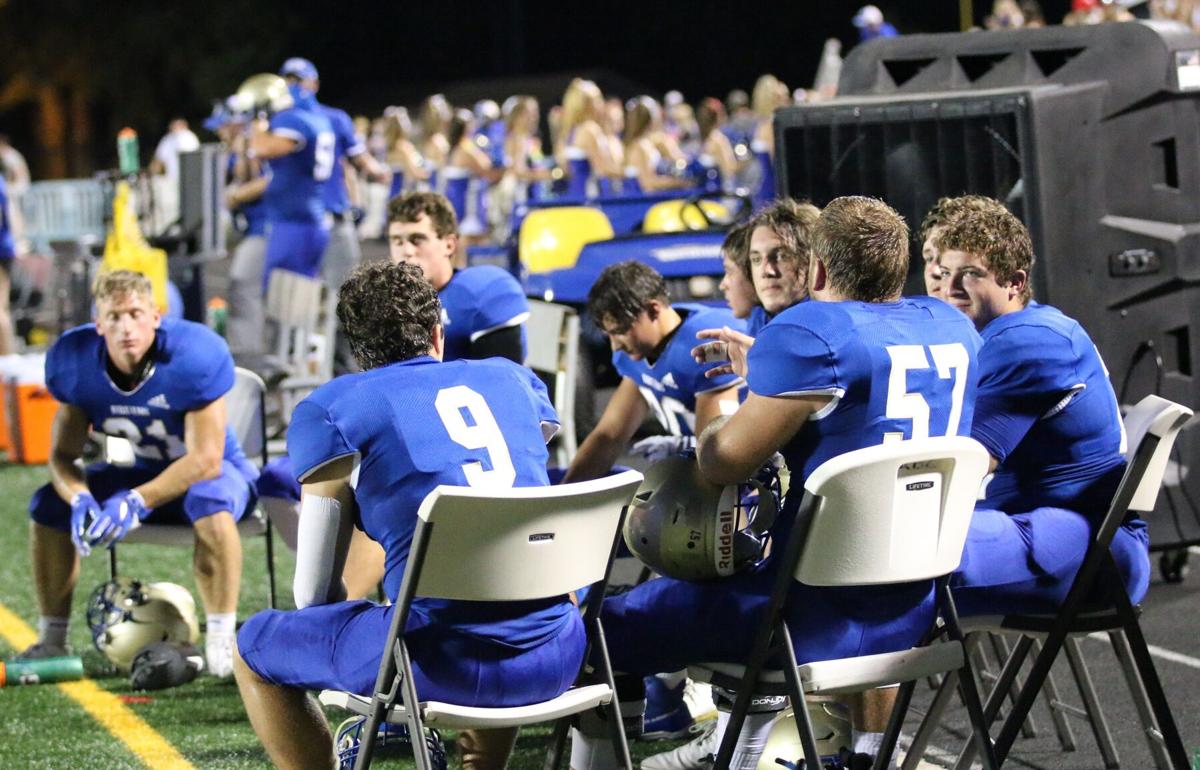 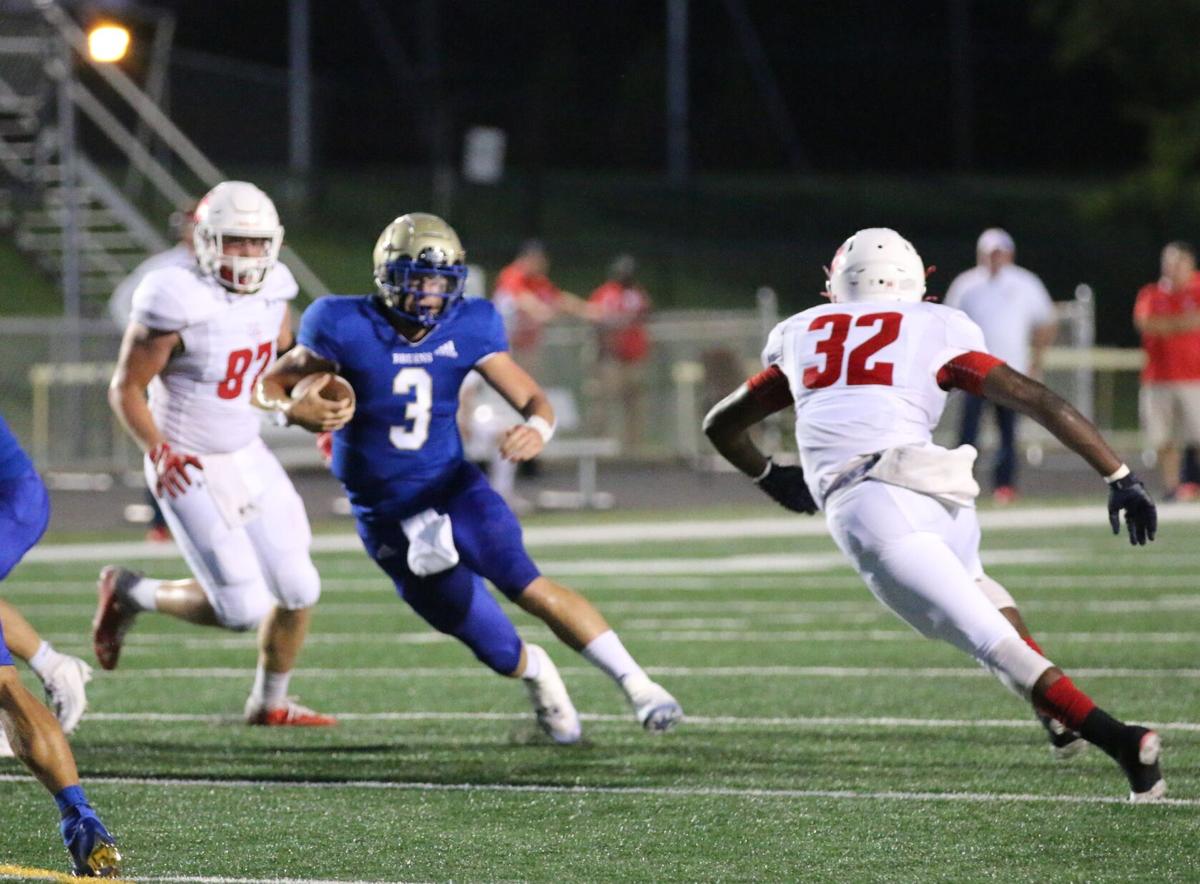 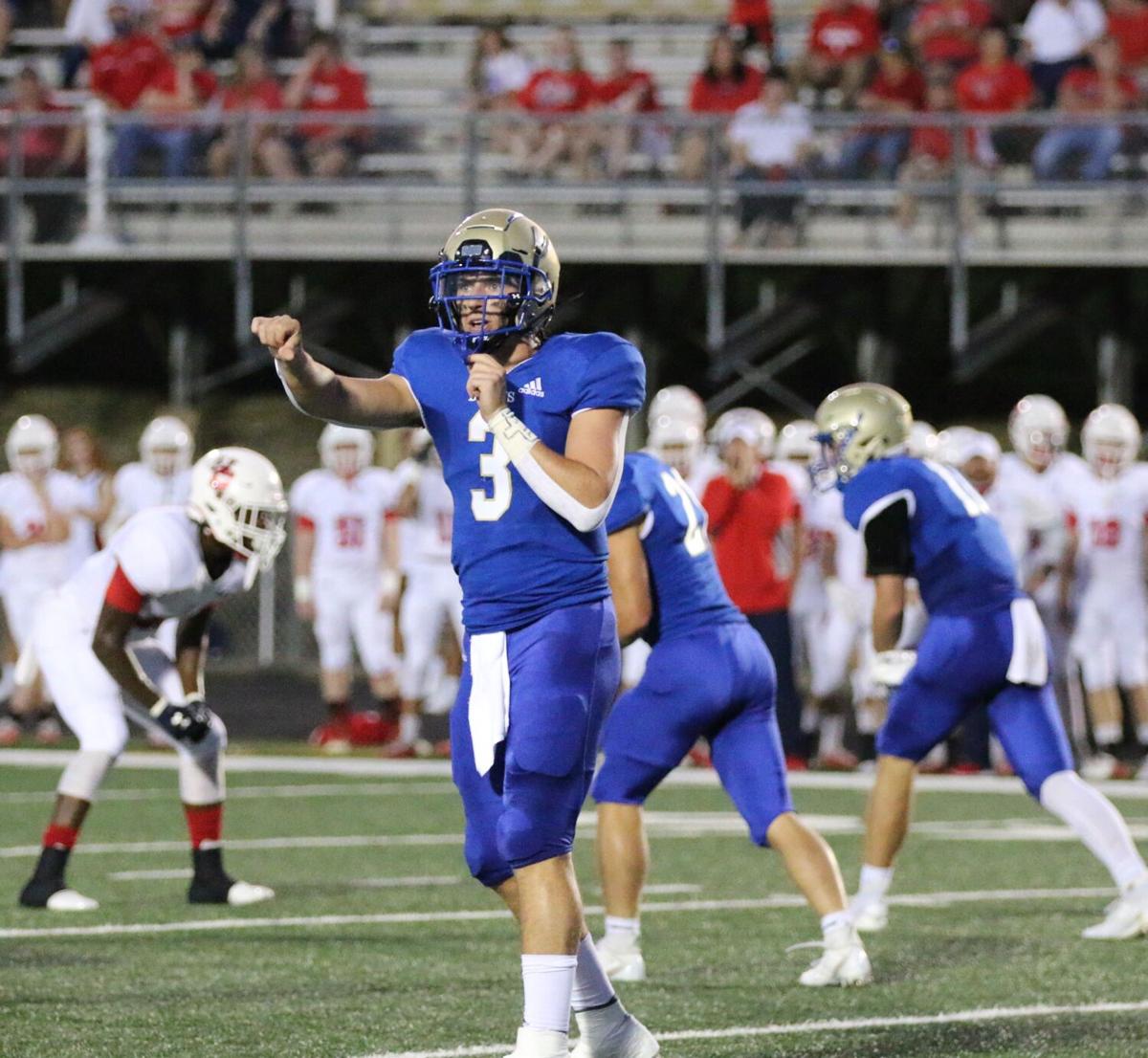 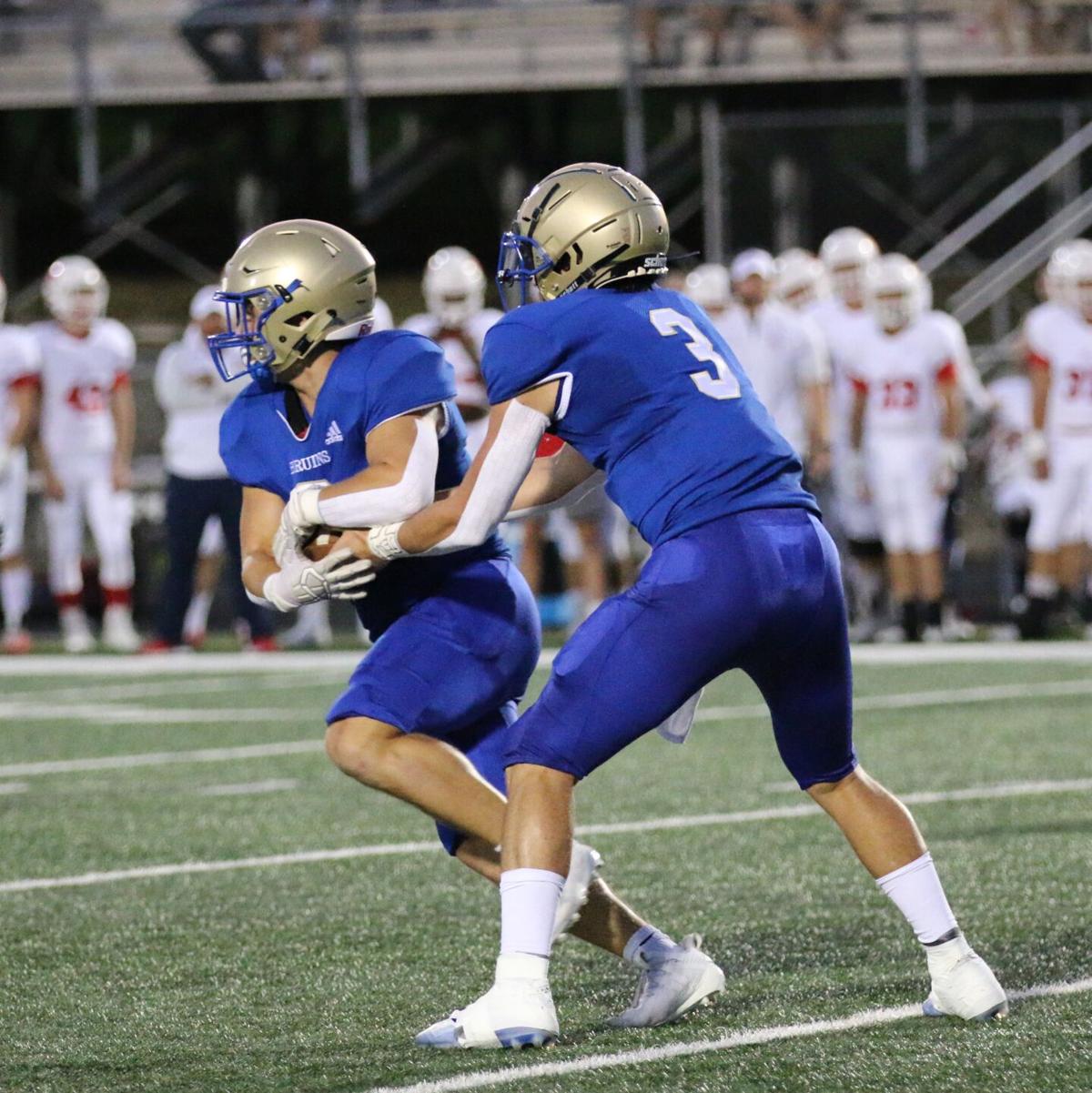 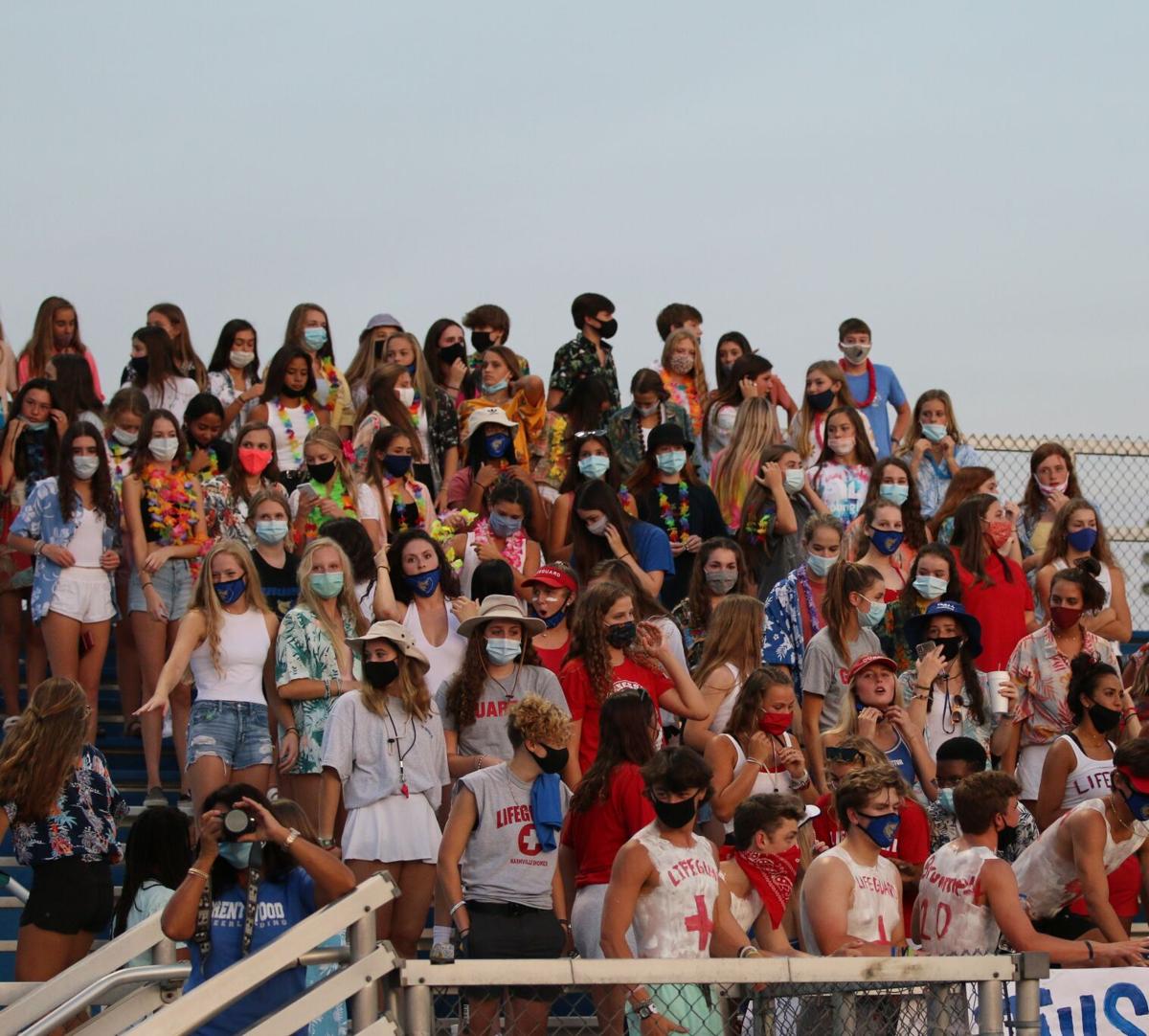 “He’s a dude being a dude. He’s a three-year starter and it’s expected," Brentwood coach Ron Crawford said. "He’s good. He wants to be good and we need him to be good.”

The Bruins improved to 2-1 after an unexpected week off in Week 3 thanks to the postponement of their Region 6-6A contest at Dickson County because of the Cougars run in with COVID-19.

Granzow also thrived with the return of Walker Merrill, who missed Week 2's 34-13 loss to Brentwood Academy because of injury. The senior QB scattered the receptions among seven different receivers but kept finding his two favorites for big plays. Aaron Walton caught seven passes for 151 yards and three touchdowns, while the University of Tennessee commitment Merrill snagged nine throws for 137 yards and two scores.

But what impressed coach Crawford the most about Merrill’s night was his blocking.

“The best thing about Walker Merrill is watching him block," Crawford said. "He made a great block that sprung Aaron Walton. It’s those little things, unselfish things, he does that makes him special.”

Merrill had an unusual response to the praise, at least for most receivers, when told of his coach’s words.

“I love blocking,” said the 6-foot-1, 180-pound senior. “I love being physical. You get to see other players succeed; you get to see them score but you also get to be part of why they scored. You see that guy go to the ground and you see your teammate score and it’s the best feeling in the world.”

It wasn’t a great feeling early, as the Patriots (2-2) drew first blood on a 20-yard scoring strike from Ryan Damron to Jawon Odoms three minutes into the second quarter. Brentwood did score on their next three possessions to take a 21-7 lead into halftime.

Henry County cut the lead to 11 with a 41-yard field goal after recovering a short kick to start the second half before the Bruins posted the four touchdowns in seven plays barrage in the last seven minutes of the quarter. Granzow hit Merrill for an 8-yard score at the 7:25 mark then found Walker for 26 yards less than three minutes later. He went back to Merrill on a one-play drive – this one for 61 yards at the 3:16 mark – then flipped a 32-yard screen pass to Scott Collins for another score to put Brentwood up 48-10.

The Patriots had one final answer, hoping to stop the running clock, when Cole Townsend broke free for a 35-yard score with eight minutes left in the game. A Davis White to Kyler Green 10-yard pass crushed Henry County’s hopes four minutes later and kept the timepiece chugging along until the end.

Brentwood out-gained the Patriots 513-238 in the contest. The victory was a total team effort, something that made the Bruins’ head man very happy.

Granzow to Collins from 32 yards out to give ⁦@wcsBHS⁩ #Bruins a 48-10 lead! pic.twitter.com/WN9SewQxvF

“What made this special was the play of our contributors who don’t get their names called a lot, but they work and wait," Crawford said. "Joe Morales, Stokley Donelson, Luke Connor, Mason Mitchell, Josh Mondzelewski ... all those guys who have waited their turn patiently, it’s fun to see them have success.”

The win should be a boost for the Bruins, who open up region play next week on the road at archrival Ravenwood in this season’s first Battle of the Woods – a rematch of the past two Class 6A quarterfinal matchups, which the Raptors have won. Ravenwood (3-1, 2-0 Region 6-6A) should be salty after falling to visiting Pulaski Academy of Arkansas 37-29 Friday night.

“The second and third quarters were pretty complete quarters for us,” said Crawford looking forward. “But we didn’t put four together. Next week we’ll need more than two.”

FRANKLIN – The Centennial High School football team broke through for their first win of the season Friday, taking down Siegel 24-7 at home in…

BRENTWOOD – As expected, Friday’s game between Ravenwood and Pulaski Academy of Arkansas featured a mountain of big plays and big numbers.

Football: ‘Battle of the Woods’ storylines continue in ranked Region 6-6A showdown

Maybe it’s the recent history or the current rankings. It could be the current climate and potential implications further down the road. And m…