Page forced five turnovers and scored the first two touchdowns – sandwiched between a pair of Chase Tidmore field goals – as the Patriots sank Siegel 20-7 in Rudderville Friday in Week 2.

After a 19-yarder from Tidmore split the uprights late in the first quarter to open the scoring, senior Bubba Johnson busted loose for a 27-yard touchdown run and a 10-0 lead for the home-standing Patriots. Johnson closed with 10 carries for 45 yards to lead the rushing attack for Page. 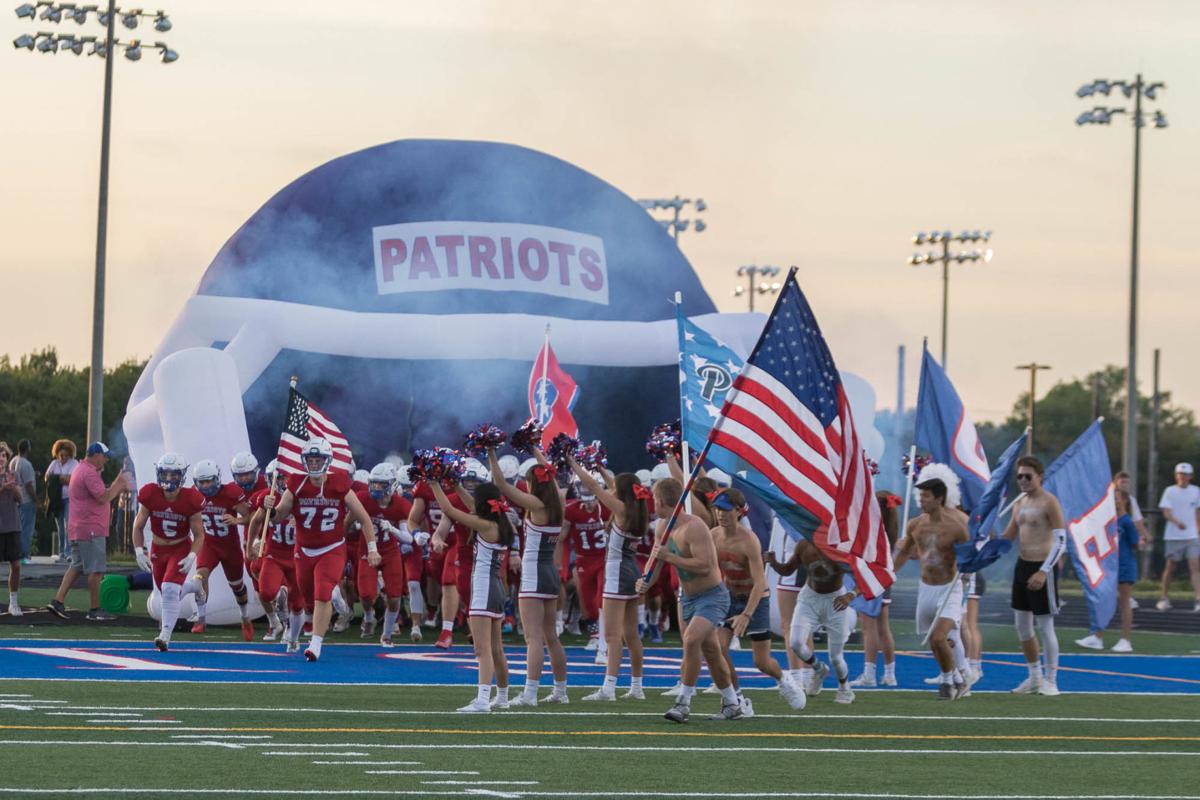 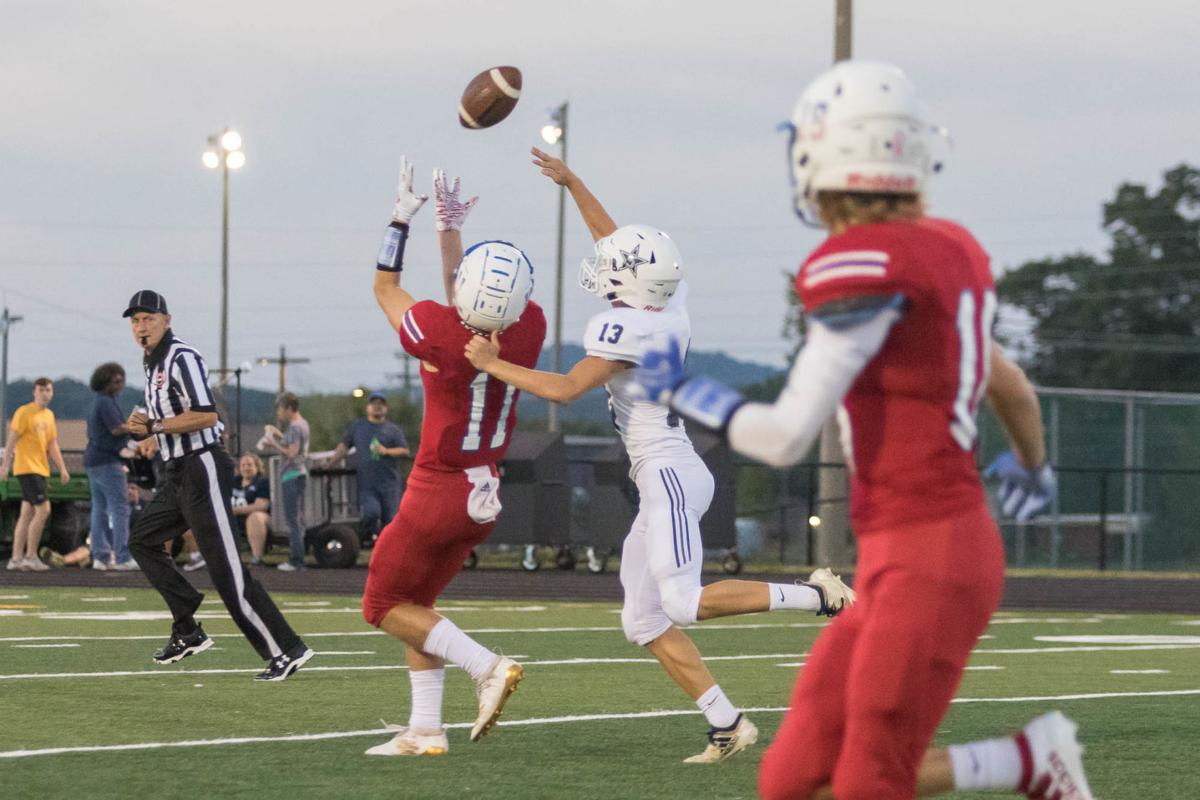 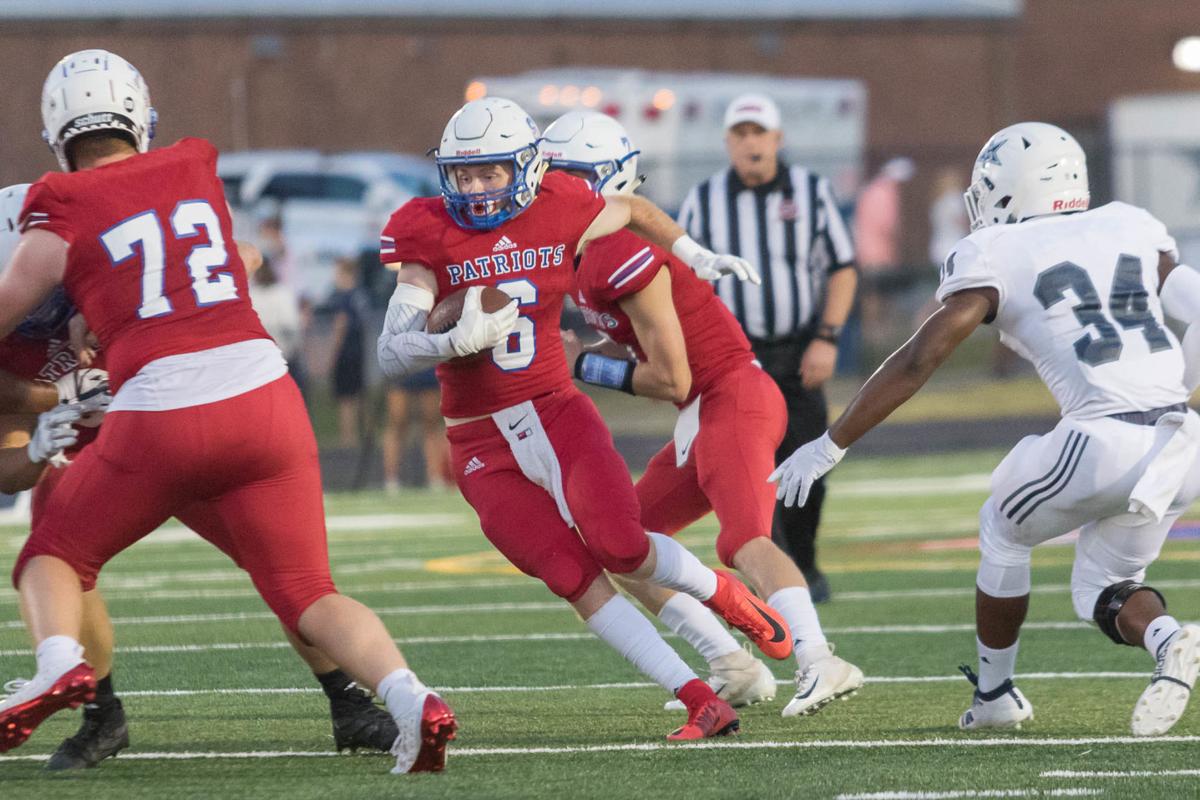 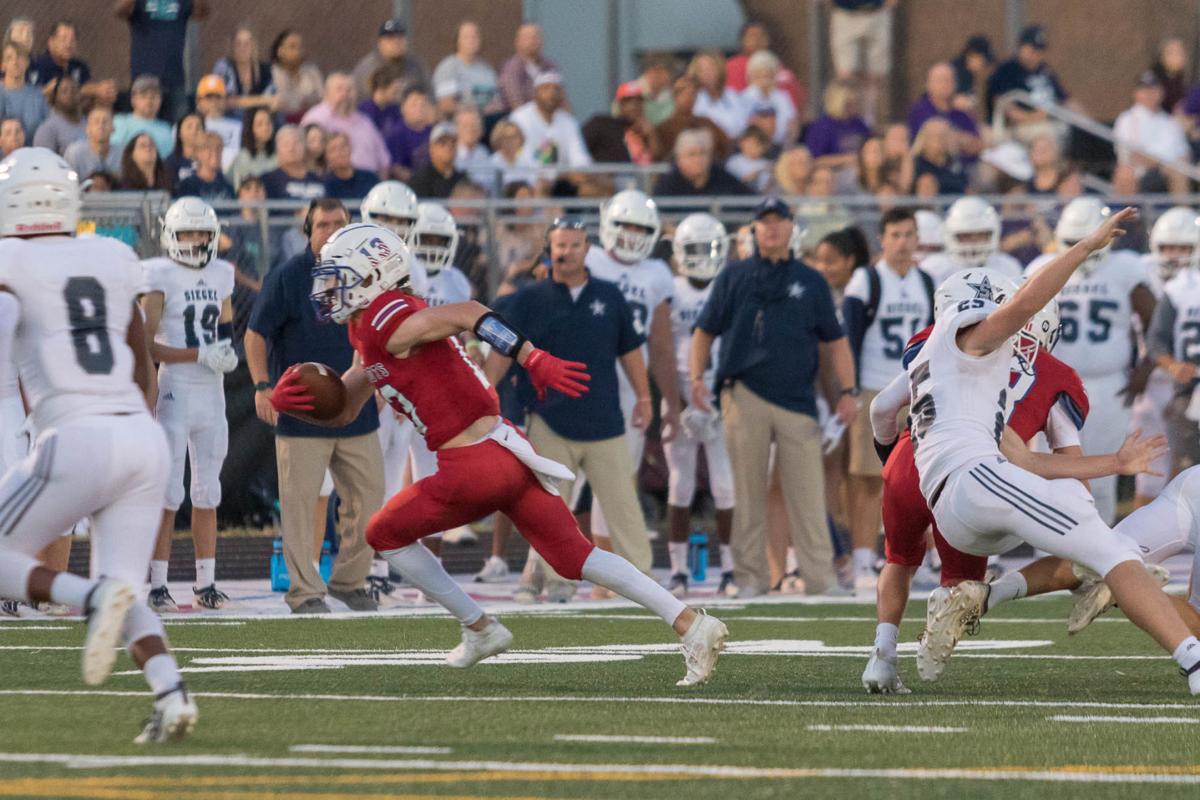 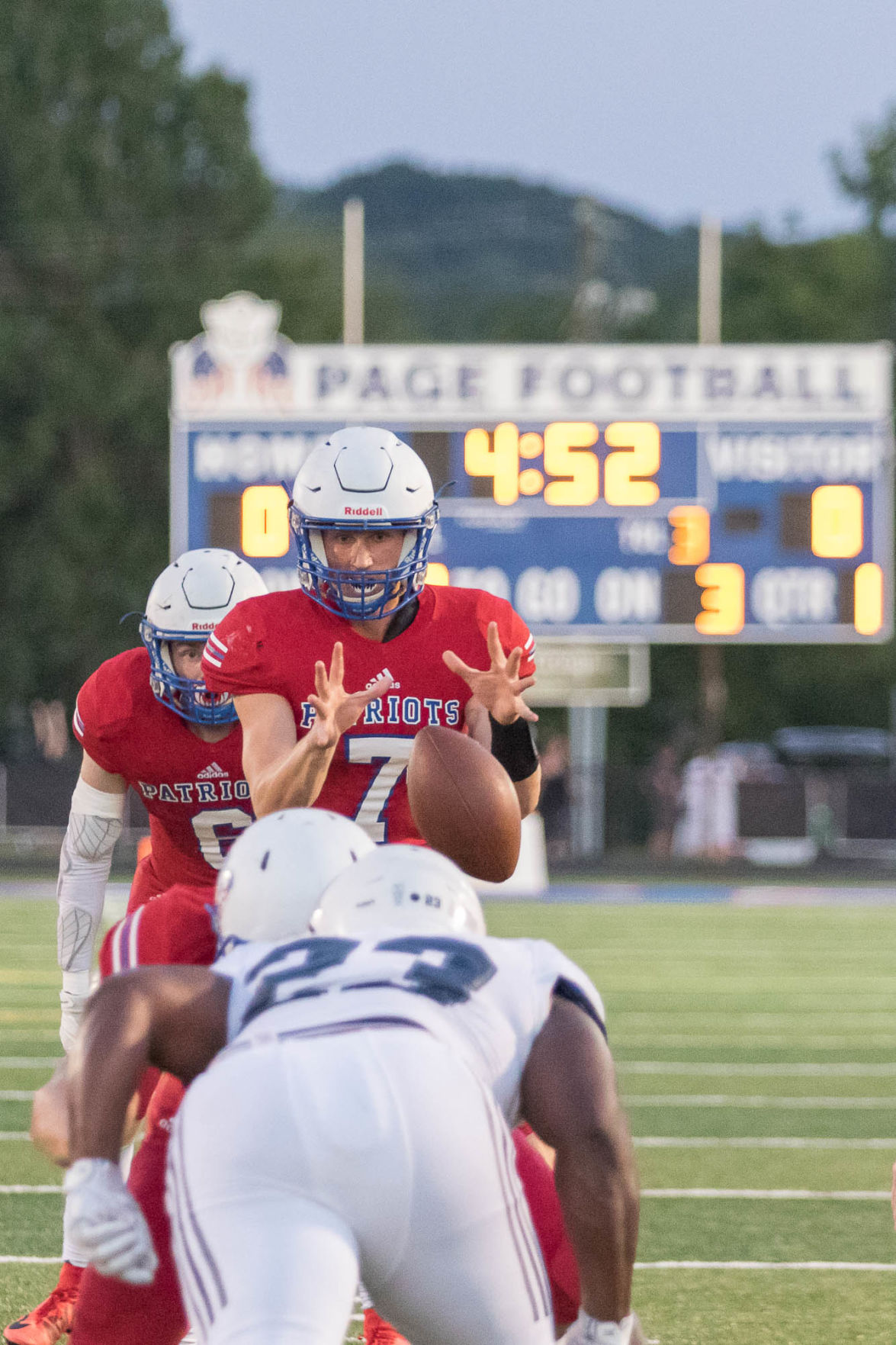 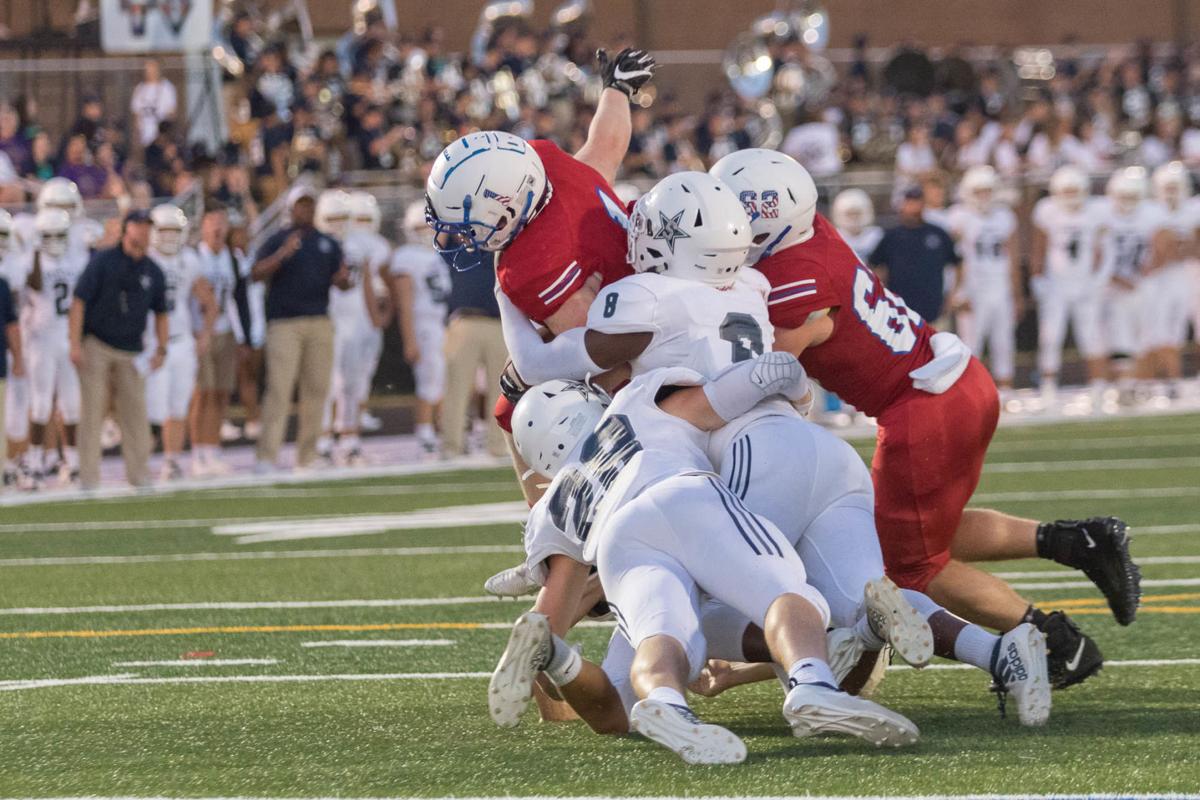 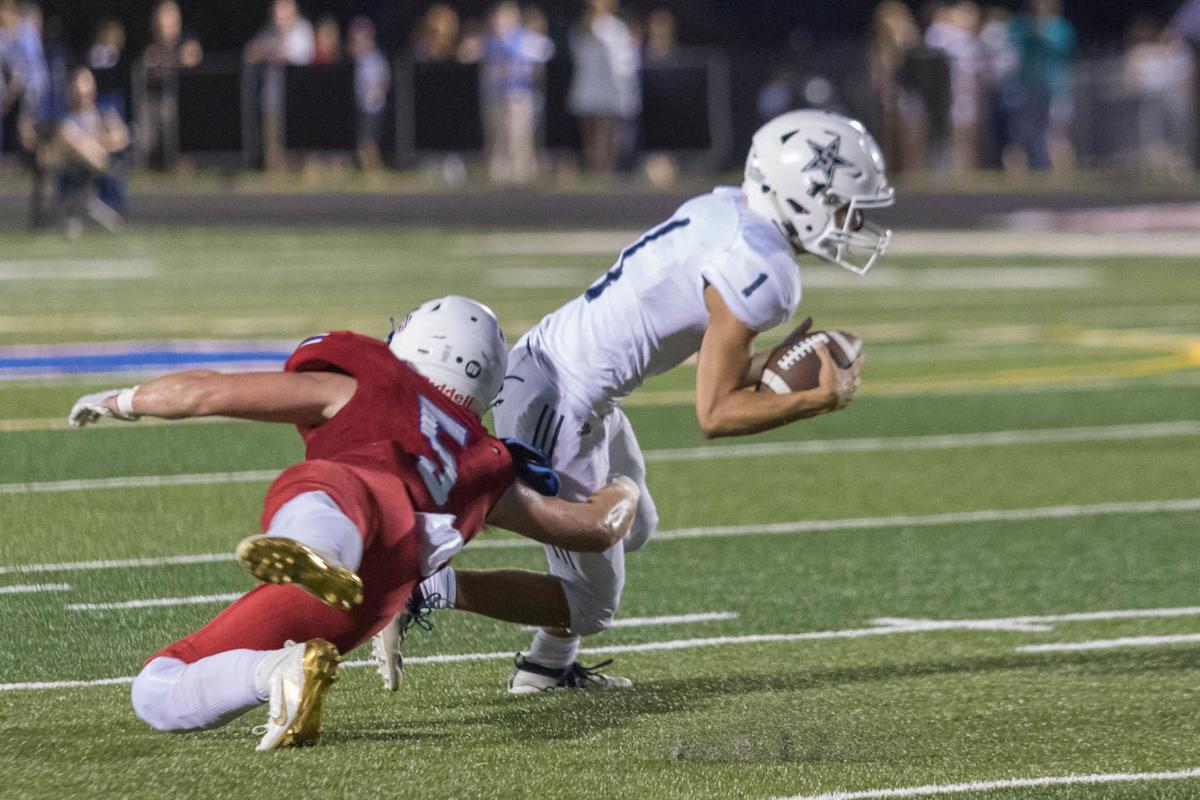 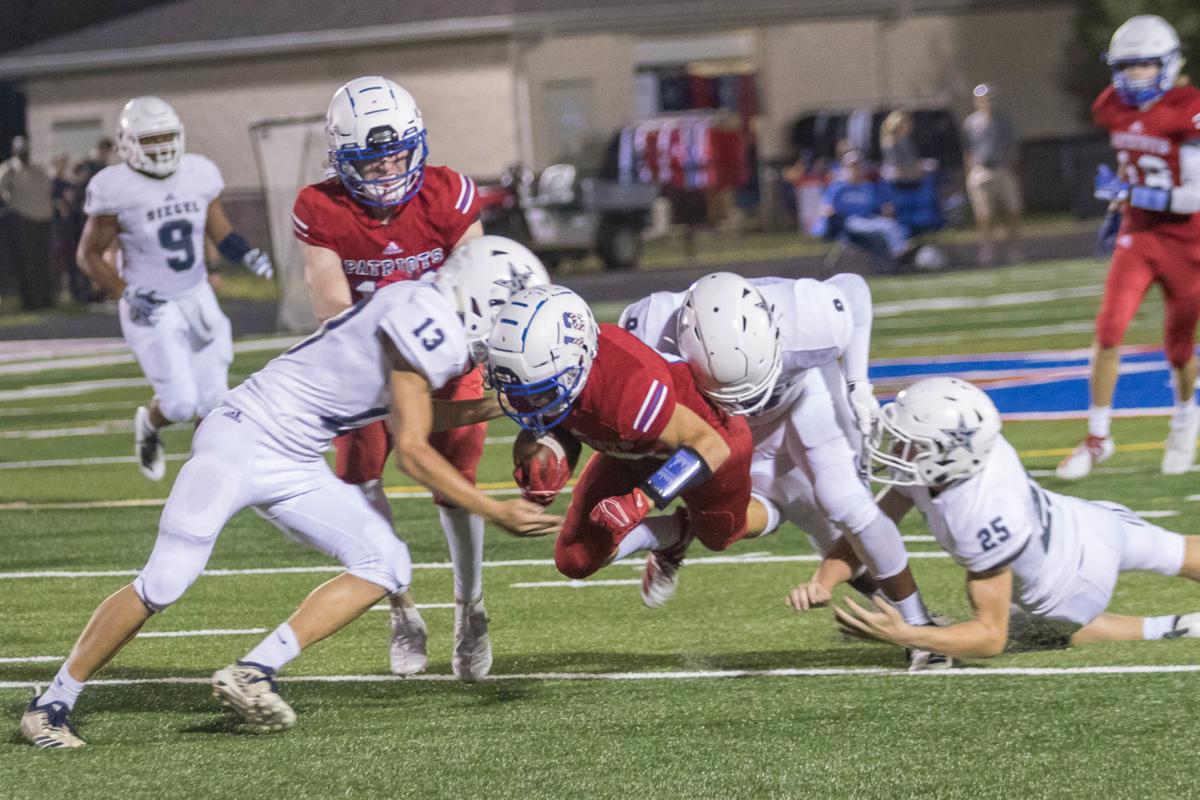 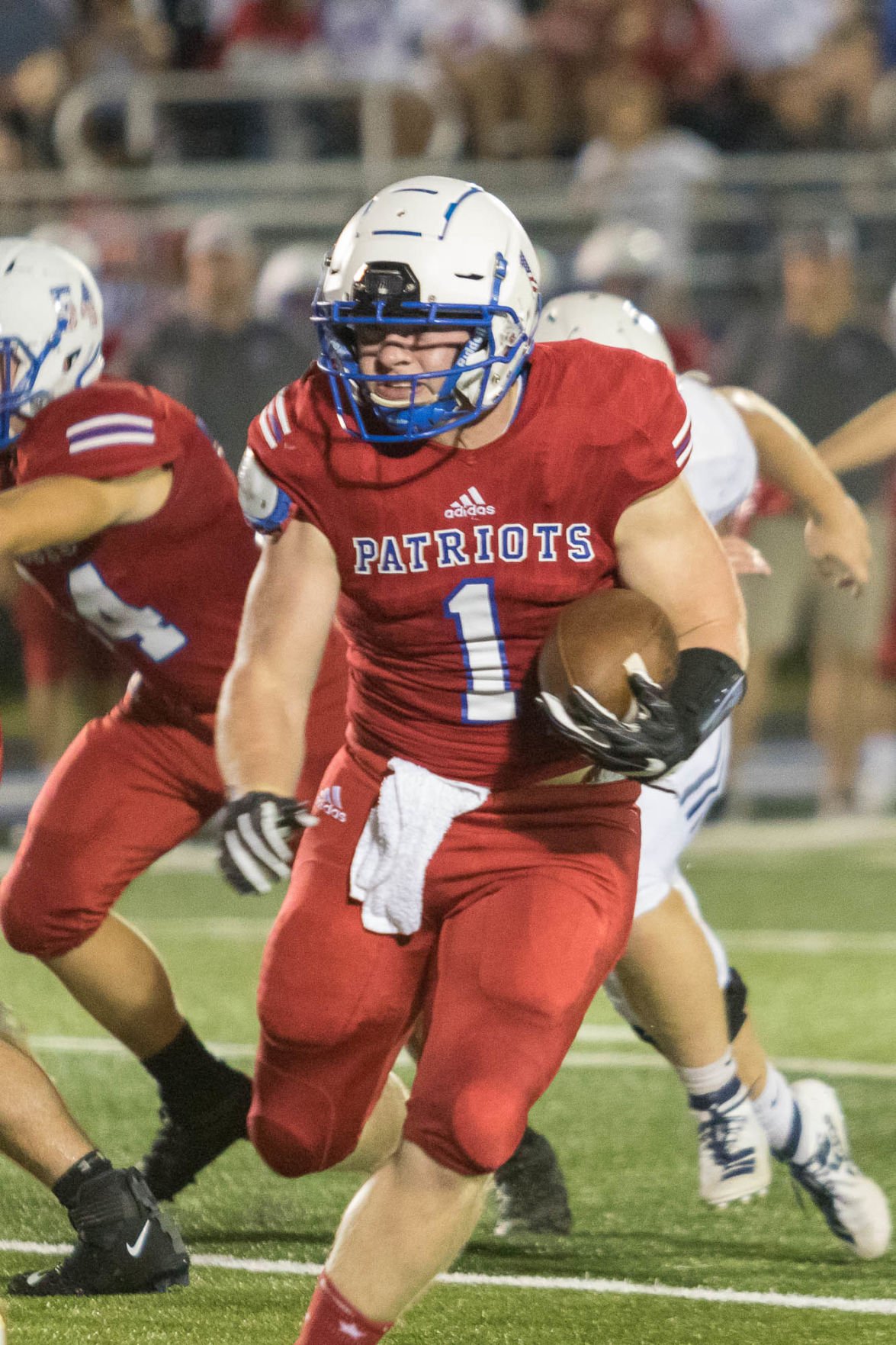 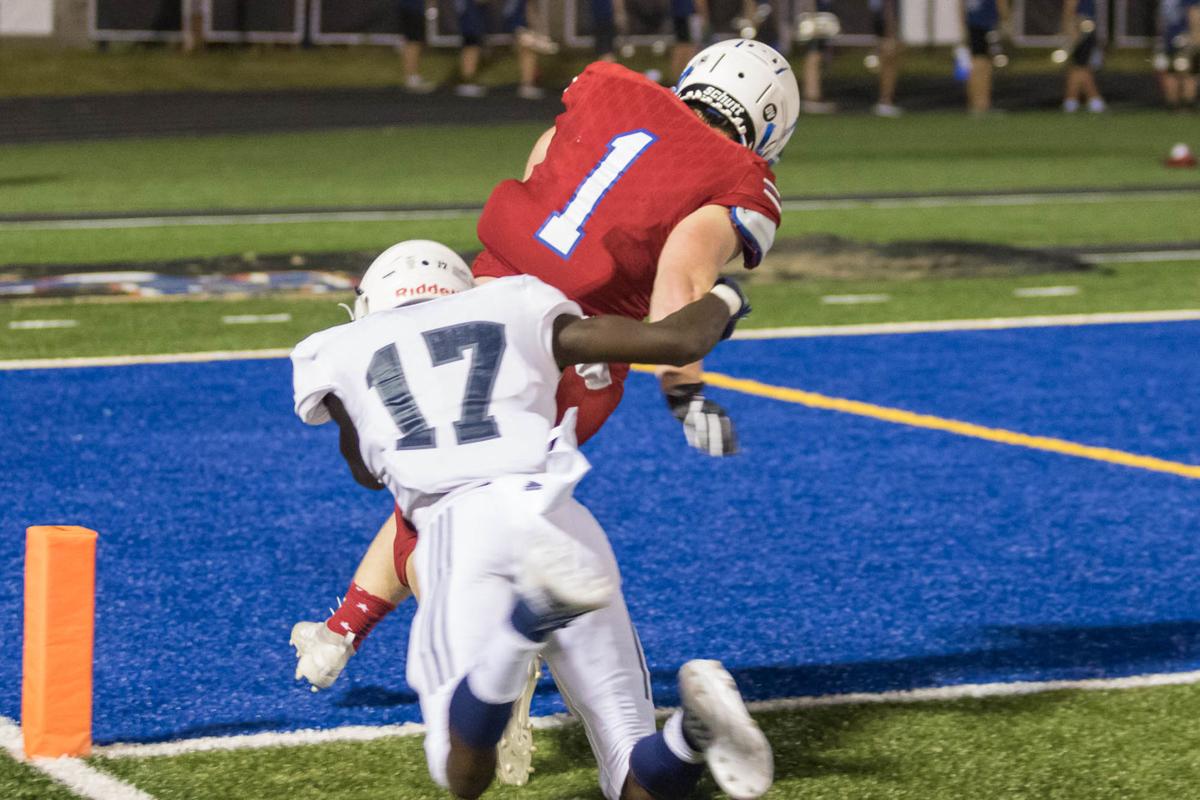 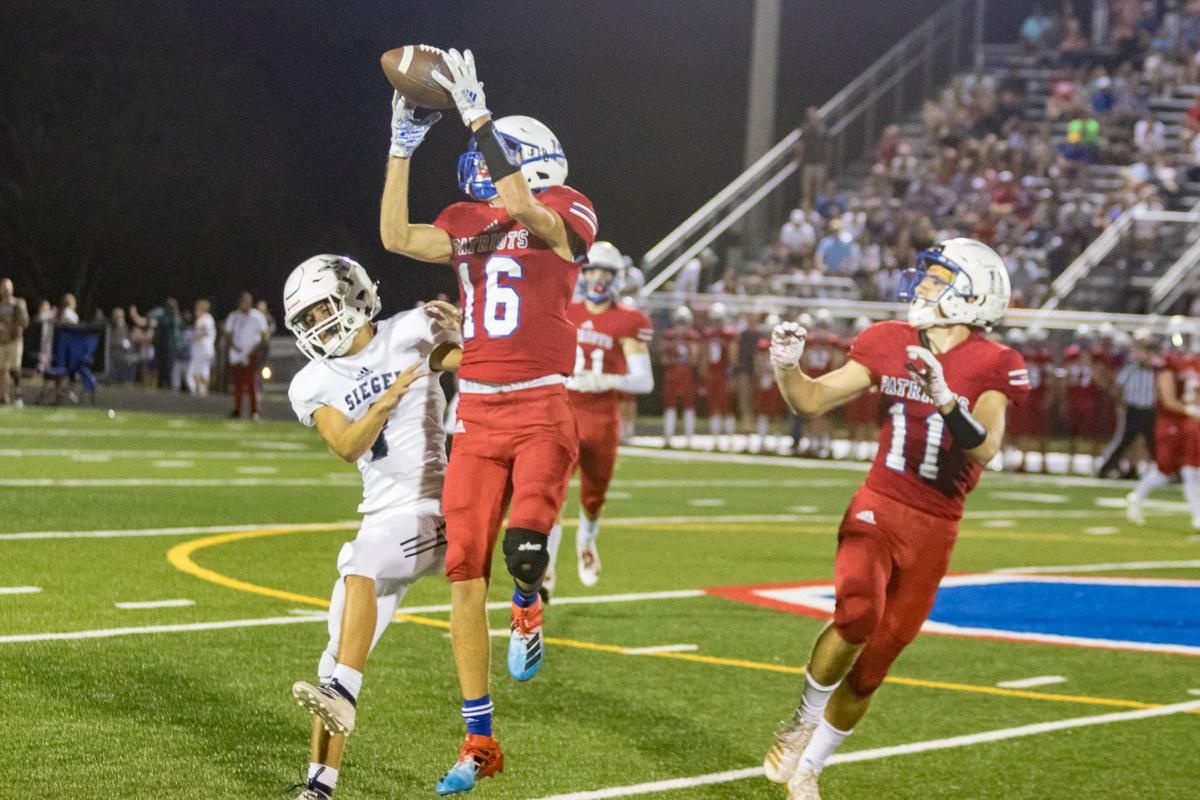 Hayes Barnett snagged two interceptions for Page in the Patriots 20-7 win against Siegel in Week 2.

See IMAGES for full photo gallery from the contest. 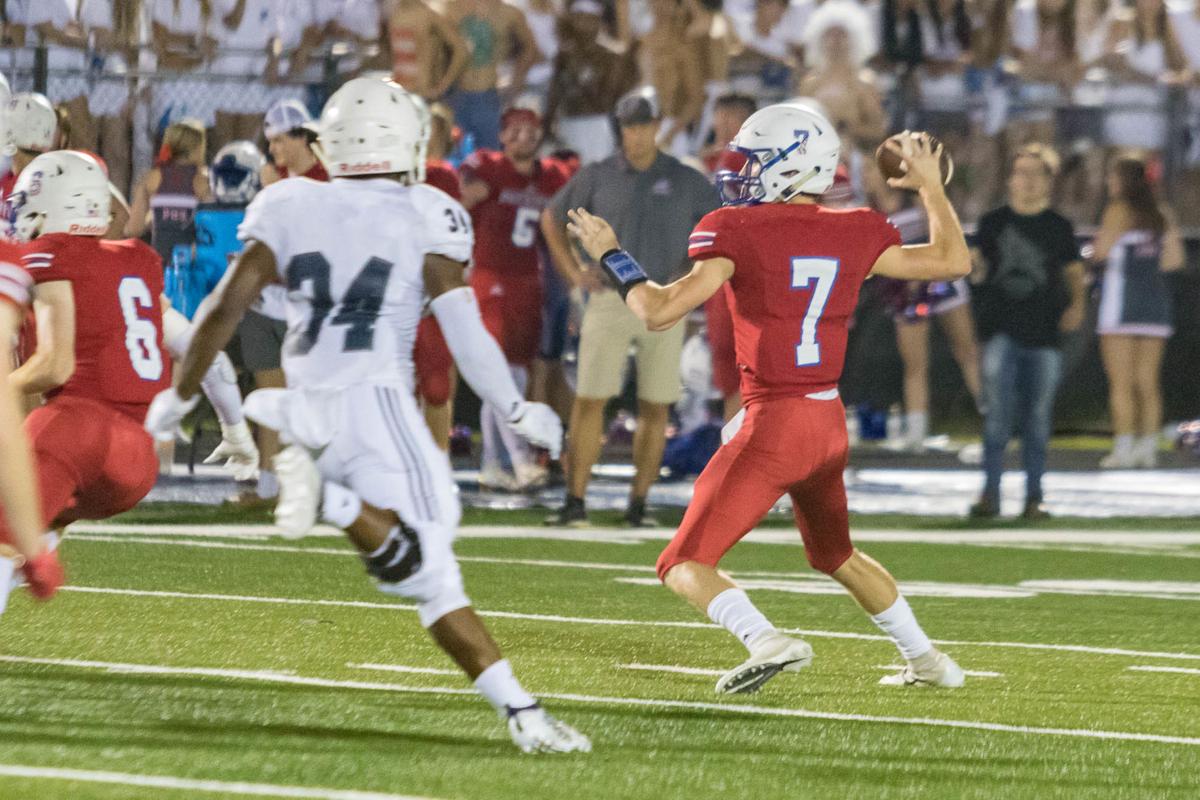 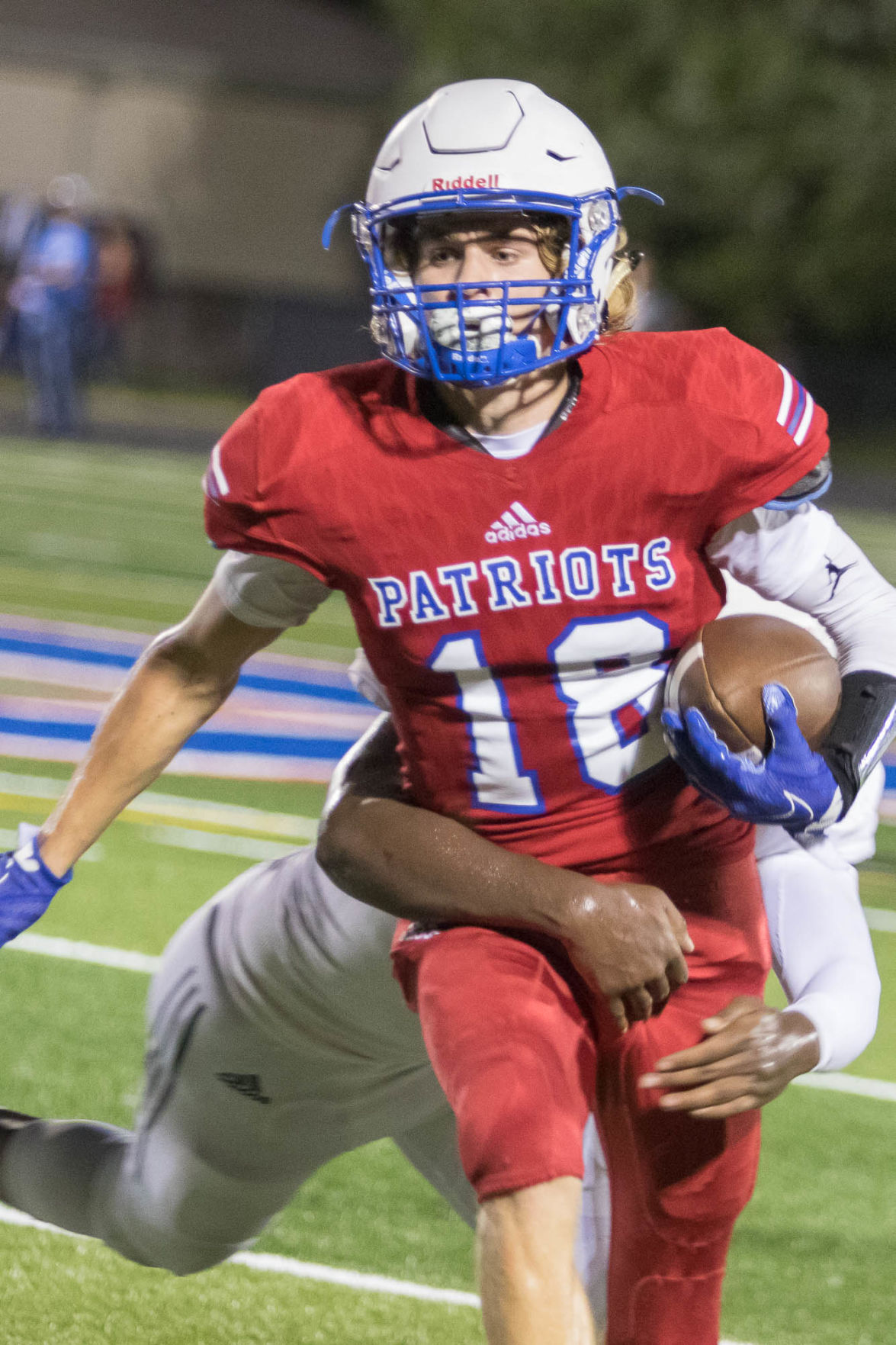 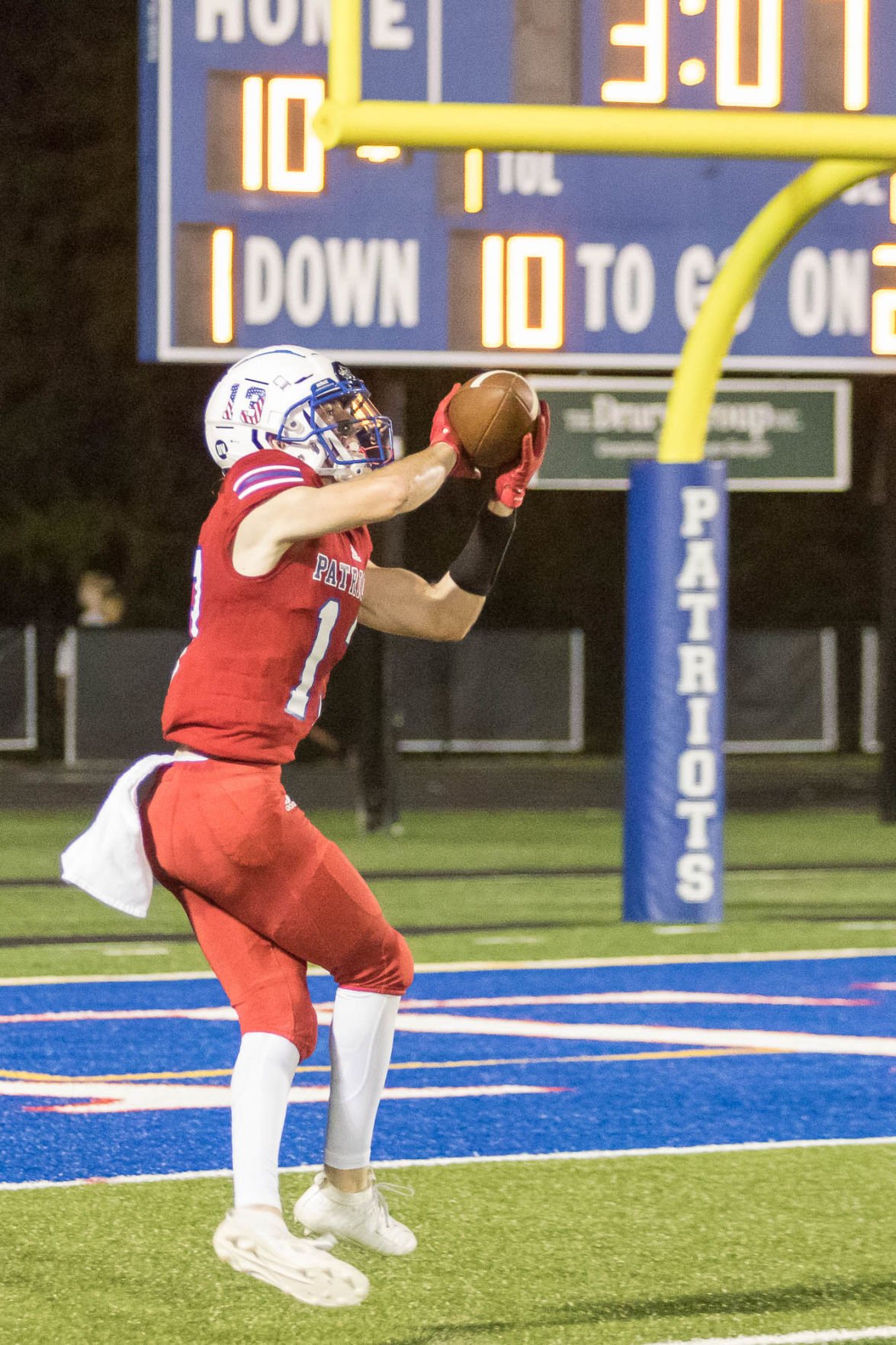 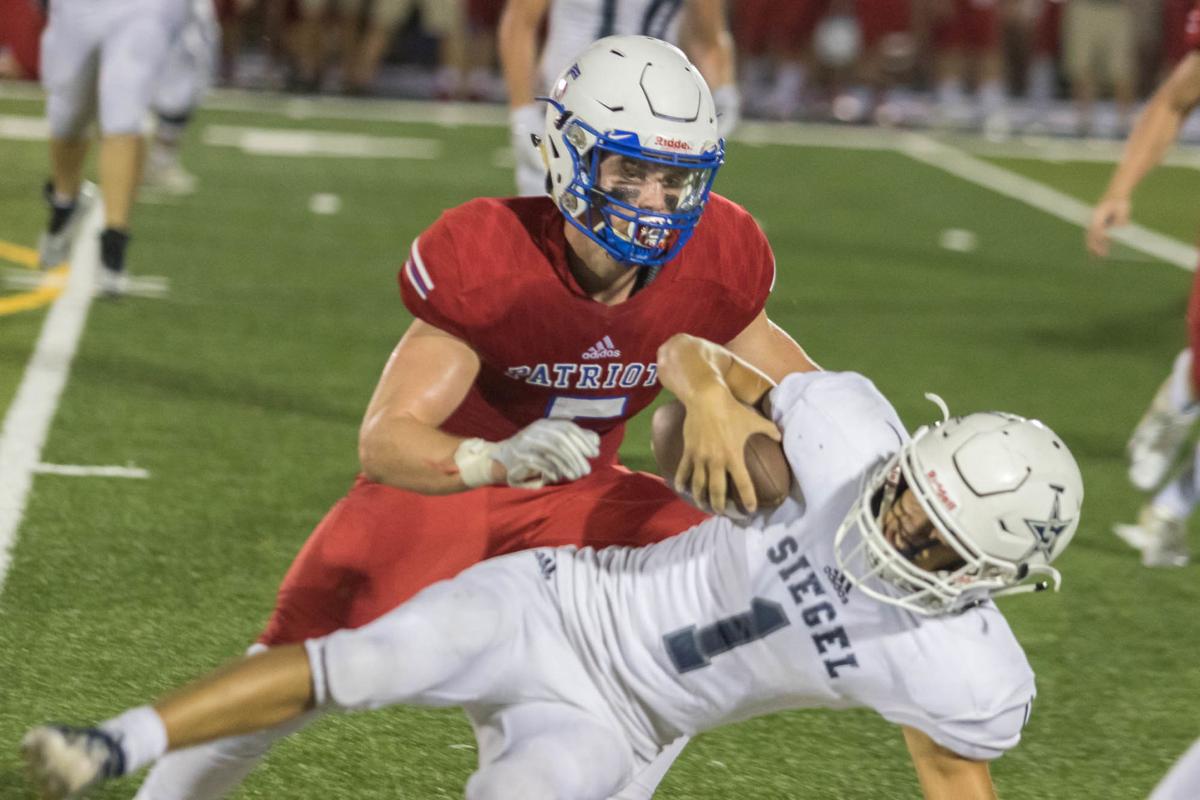 Hayes Barnett snagged two interceptions for Page in the Patriots 20-7 win against Siegel in Week 2.

See IMAGES for full photo gallery from the contest.

Patriot quarterback Cade Walker completed just 7-of-17 passes, but did fire a 73-yard strike to Miles Bonn with 2:59 to play in the first half for a 17-0 advantage. He threw for 192 yards and also rushed five times for 38 yards. Bonn collected four balls for 108 yards and Blanne Burrow hauled in a 41-yard completion.

Siegel responded with the Stars only touchdown on a 85-yard bomb from Tucker Sears as time expired in the third frame.

Page has limited each of its opponents this season to a single touchdown. The Patriots defeated Fairview 38-6 in their season-opener.

Page stays at home in Week 3 and opens Region 5-5A play against Shelbyville, which improved to 2-0 as well with a 48-22 win against Columbia Academy in Week 2.

Destin Wade threw for two touchdowns and ran in two more as Summit scored 28 unanswered to post a lopsided win at Spring Hill in Week 2 Friday.

Wade finished 7-of-10 passing for 109 yards with two TDs and one interception. He rushed for two short scoring runs as well, including a 6-yard touchdown run with 5:43 to play in the third. Minutes later, Wade hit George Odimegwu for a 40-yard strike and a 28-7 lead in the neighborhood rivalry. His 2-yard plunge to open the fourth ended the scoring.

Tre Hunter scored the first touchdown for the Spartans, who improved to 2-0 overall, less than four minutes into the contest. Late in the second, Luka Boylan ran in the Raiders lone TD to tie the game at 7-7.

Wade’s 26-yard touchdown throw to Ashton Lebel broke the tie and triggered the onslaught. Spring Hill coughed out five interceptions in the contest, but managed to hold a 239-228 edge in total yards of offense.

Summit’s Keaten Wade rushed 10 times for 46 yards and Odimegwu finished with 37 yards on the ground and also caught three receptions for 53 yards and a TD.

The Spartans host Columbia in a Region 5-5A showdown in Week 3. The Lions are also 2-0, which includes a 13-12 season-opening win against the Raiders and a 21-0 shutout of Dickson County Friday.

After a near stalemate in the first half, the Nolensville football team found some offense in the second half Friday to improve to 2-0 with a …