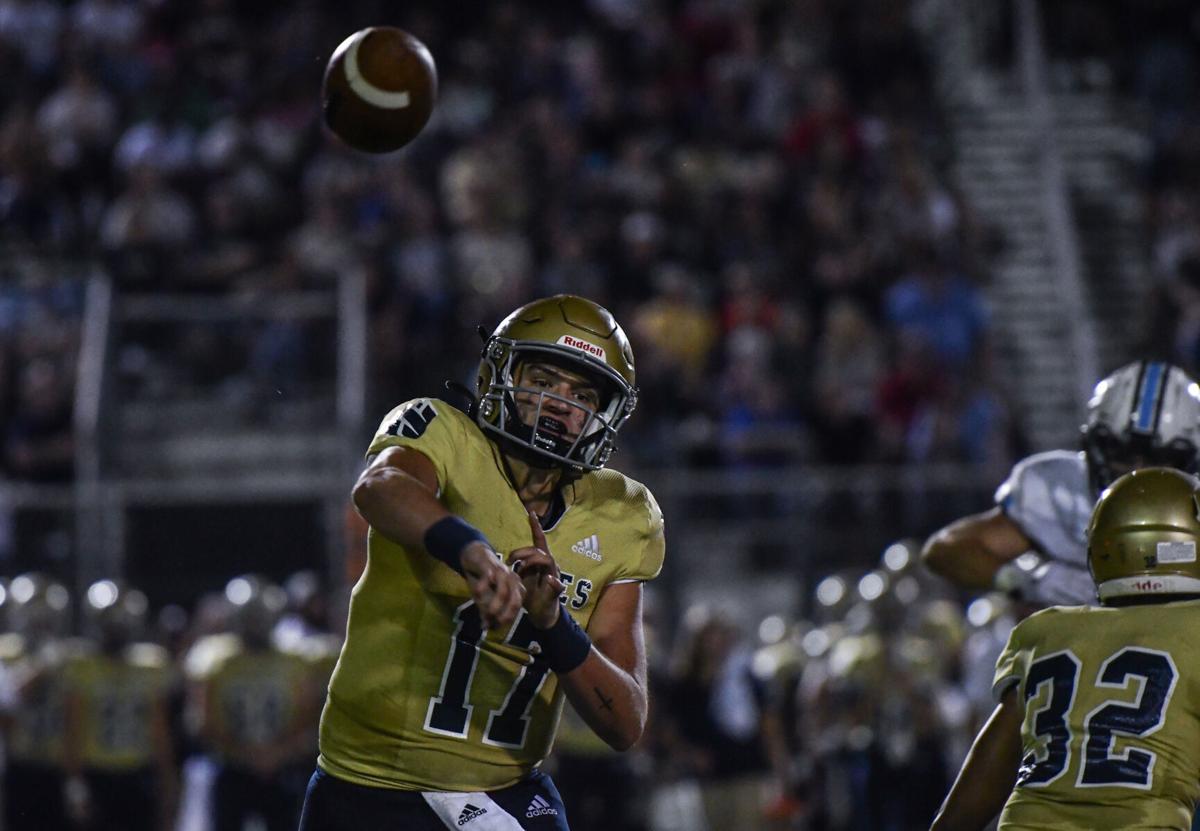 Independence's Joseph Cummings has thrown for 1,179 yards with 11 touchdowns for the Eagles, who head to East Nashville Friday. 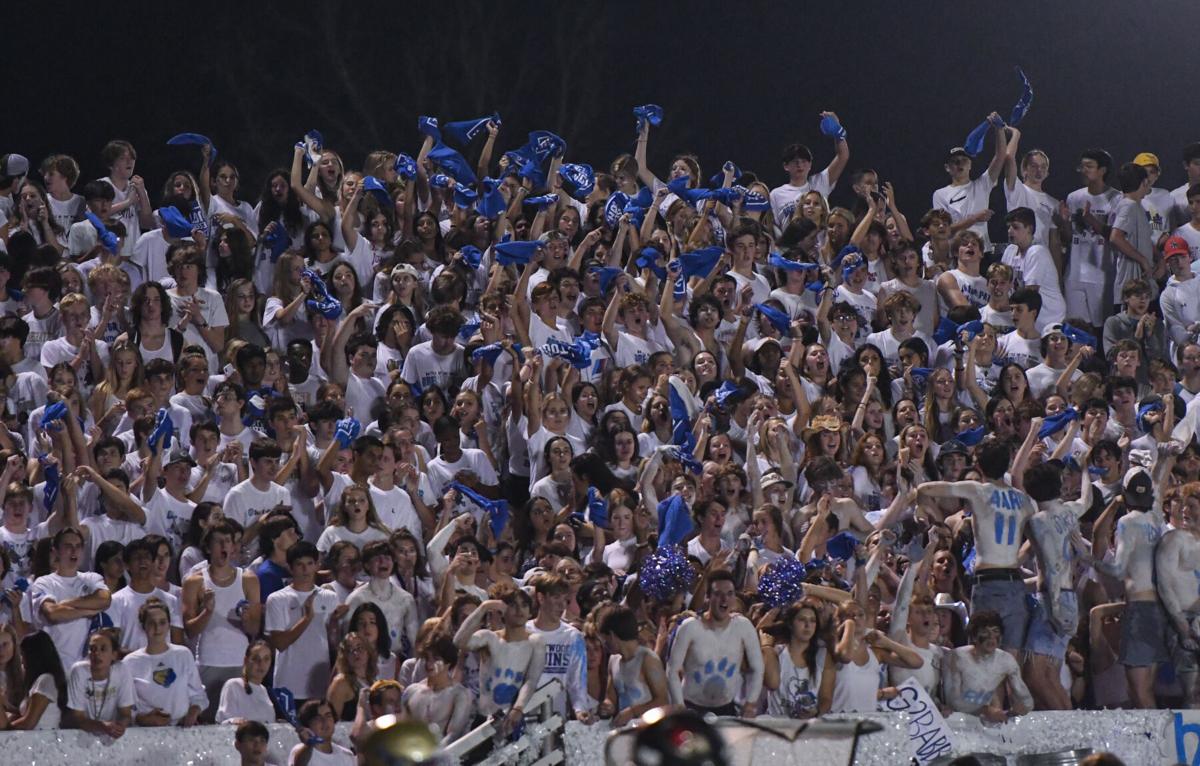 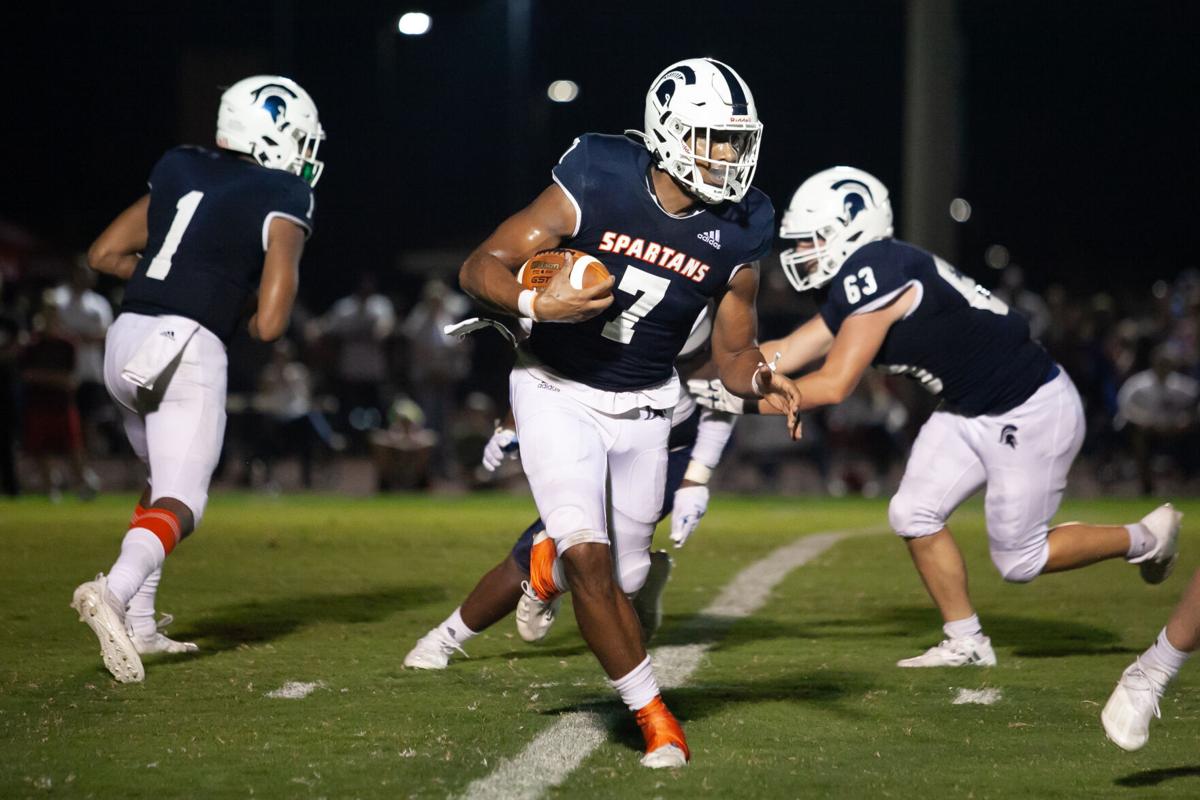 Summit senior Keaten Wade rushed for a pair of touchdowns in the Spartans 36-0 win over Centennial last week. Summit hosts Beech Friday in a rematch of the Class 5A quarterfinals from 2020.

Independence's Joseph Cummings has thrown for 1,179 yards with 11 touchdowns for the Eagles, who head to East Nashville Friday.

Summit senior Keaten Wade rushed for a pair of touchdowns in the Spartans 36-0 win over Centennial last week. Summit hosts Beech Friday in a rematch of the Class 5A quarterfinals from 2020.

Editor's Note: This story was adjusted to include information about the Franklin football game against McGavock.

The fourth-ranked Spartans continued to roll last week with a 36-0 win over Centennial in a Region 7-6A contest.

Summit scored 28 points in the second quarter of the shutout. Destin Wade completed 8-of-11 passes for 117 yards and a touchdown and also rushed for 109 yards with a 40-yard TD run. Brother Keaten Wade added a pair of rushing scores, while Dominick Hollis and Brady Pierce also scored touchdowns.

The Spartans defense allowed just 110 yards, while the offense racked up 448 yards. Summit is averaging 286 yards rushing each game led by Destin Wade’s 776 yards on just 43 carries. The senior 2020 Mr. Football finalist is averaging 267 yards of offense per game.

The Buccaneers are coming off a 40-7 win over visiting Clarksville. Sophomore quarterbacks Jackson Ford and Brian Rager guide the Beech offense, which is averaging about 22 points per game.

Senior running back Patrick Hill leads the ground game with 68 yards per game and three touchdowns. Junior Bronco Hanks, the 2020 Region 6-5A defensive MVP, anchors the defense with 46 tackles through four games. He has an interception and sack as well.

Summit won the last meeting 36-29 at Beech in the Class 5A quarterfinals last season.

The Bruins will try to get back on the winning track after falling short of Ravenwood 21-16 in Week 5’s annual Battle of the Woods Region 7-6A showdown.

Brentwood scored with 3:54 remaining last week against the Raptors, but their two-point attempt to try and make it 21-18 couldn’t be converted after a 15-yard penalty pushed the Bruins back.

“Our offense was clicking, but we just need to do a better job of finishing drives,” Brentwood senior Aaron Walton said. “That was the difference in the game.”

Walton closed with nine catches for 73 yards and the final TD Friday to lead Brentwood.

The Cougars will host former region foe Dickson County Friday night looking to find the end zone again after getting shut out by Summit.

Outside of Region 7-6A play, Centennial has outscored opponents 128-6 in three games. In two region games, however, the Cougars have been outscored 71-0.

Dickson County fell 12-7 at McGavock last week and has scored more than one touchdown just once in five games. Centennial won the last meeting 22-14 in 2020.

After struggling to find any offense in the first could games, the Admirals have netted at least 227 yards in each of the last two games.

Franklin is coming off a 38-7 setback at Independence, but managed 155 yards on the ground coming off a season-best 257 yards rushing in a 30-20 loss to Stewart”s Creek in Week 4.

The Admirals will host a Raiders team on a two-game win streak after a 32-20 win at Stratford and a 12-7 home win over Dickson County last week.

The Raptors went a third consecutive game without turning the ball over last week at Brentwood, though the 21 points were a season-low.

Ravenwood quarterback Chris Parson finished 13-of-20 through the air for 134 yards, including an 8-yard touchdown pass to Blake Irvin. Both Carter Pace and Kartuah rushed for more than 80 yards apiece as well.

The Commandos claimed a 41-7 win at Gallatin in Week 5. They opened the season with a 42-7 setback against defending Class 6A champion Oakland.

After exploding for 53 points in Week 3, the Knights have managed just 13 points in two weeks in lopsided losses against Ensworth and Columbia Central.

In its four losses this season, Nolensville has allowed an average of 42.5 points.

Rockvale was shutout 33-0 by Riverdale last week and tipped Lincoln County 54-19 prior in Week 4.

The Eagles improved to 2-0 in Region 7-6A play with a 38-7 win over Franklin last week behind Joseph Cummings, who threw for 277 yards and three touchdowns.

Jack Rummell caught all three of Cummings’ TDs and closed with six catches for 187 yards, while Tre Hartwell anchored the ground game, rushing for 168 yards and a score for the Eagles.

The Yellow Jackets are the only public county school playing a region game Friday.

Fairview will head to White House to try and improve on its 2-0 Region 6-3A mark. Quarterback Kennedy Pendergrass completed 14-of-22 passes for 297 yards and five touchdowns last week in a 41-6 win over Cheatham County. Both Morgan Jean and Crawford Claxton collected two touchdowns receptions apiece, while Dillan Sullivan hauled in the other for the Yellow Jackets.

Page’s contest against Giles County was canceled due to COVID-19. The Patriots will instead host a homecoming girls soccer match Friday in Rudderville.