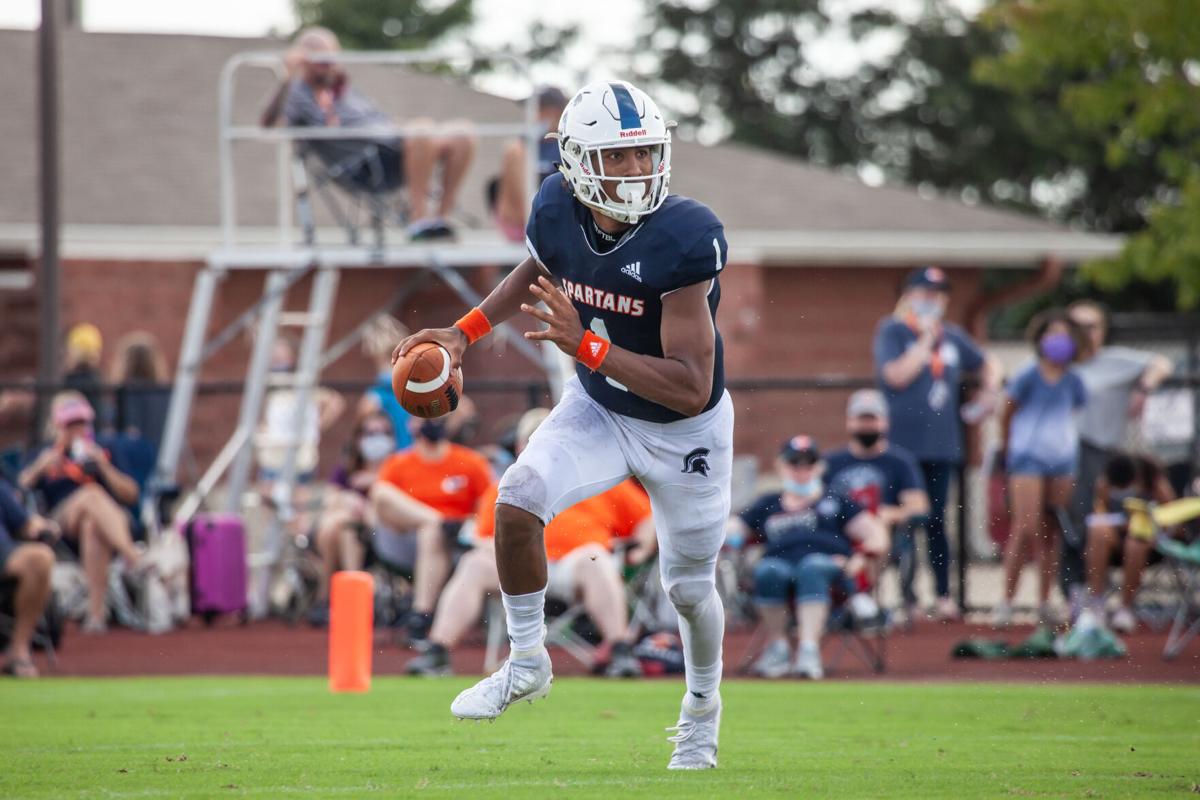 Summit quarterback Destin Wade will lead the Spartans against Franklin on Friday in the Admirals’ first visit since 2013. 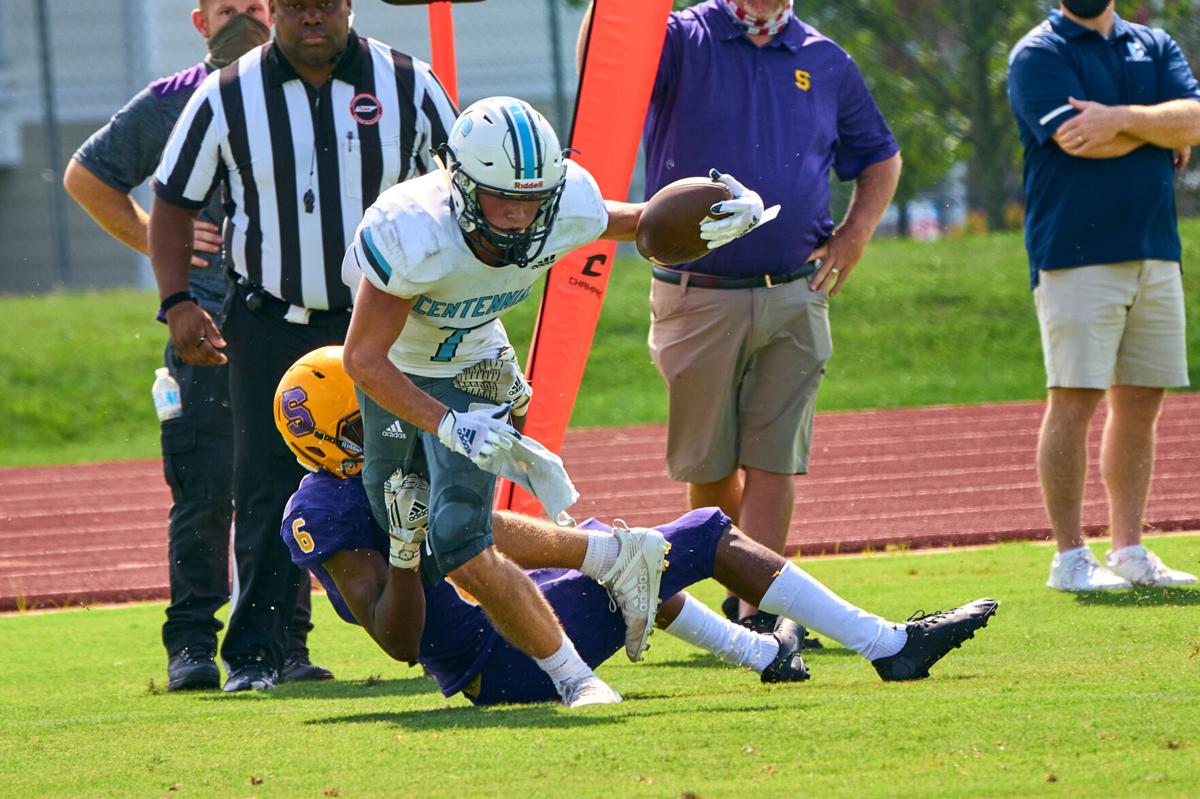 Centennial's Cannon Plowman and the Cougars will look to break into the win column against Siegel on Friday at home.

Summit quarterback Destin Wade will lead the Spartans against Franklin on Friday in the Admirals’ first visit since 2013.

Centennial's Cannon Plowman and the Cougars will look to break into the win column against Siegel on Friday at home.

After a batch of region contests in Week 3, most of the area’s Division I high school football games this week will feature nonconference matchups with just one all-Williamson County showdown at Summit High School Friday night.

In just the fourth meeting between the two schools, the Class 5A state runner-up Spartans will host Franklin and try to match last season’s 28-14 win on the road.

With more than 900 yards off offense and 12 touchdowns, Destin Wade has guided the Spartans to a 3-0 start. The junior standout was the difference at Franklin in 2019, when he passed for 103 yards and a TD and rushed for 127 and another score.

Franklin senior QB Connor Beavon has guided the Admirals’ offense with 603 passing yards and seven TDs through Week 3. Carson Repass has emerged as a top target. The senior caught eight passes for 115 yards and three TDs in last week’s 42-21 Region 6-6A loss to Ravenwood.

When these two schools tangled last season, the Raptors held on during a record-setting night that grabbed national attention.

Ravenwood’s defense has been a big weapon through three games, even without starting linebackers Junior Colson and Damon Owens last week. In three games, the Raptors have outscored opponents 128-30.

That could go out the window against the high-octane Bruins, who have won six state titles in Arkansas since 2011. Pulaski Academy racked up more than 670 yards of offense against Ravenwood last season. They won their season opener, 48-35, against Joe T. Robinson High School in what was a matchup of Arkansas state champions.

Quarterback Charlie Fiser leads the potent offense with a top target in Jaylin Witcher, who had 13 catches for 220 yards in the season opener.

Ravenwood counters with quarterback Trevor Andrews, who has completed 35 of 55 passes for 578 yards with 12 TDs to go with 292 yards rushing and two more scores on the ground.

The Eagles opened Region 6-6A play with a 35-14 win at Centennial in Week 3. Quarterback Jaxson Campbell completed 12 of 16 passes for 211 yards with four TDs and an interception and four rushes for 67 yards.

Blackman, which fell 38-9 at Ravenwood in Week 2, earned its first win of the season last week with a 44-6 drubbing of Coffee County in Murfreesboro. Charles Gaunt, Jaylyn Pleasant and Andrew Hudson-Jackson combined to rush for nearly 200 yards with a touchdown apiece, while veteran starting QB Drew Beam threw for 134 yards and three TDs.

The Cougars and Stars are coming off region losses and are looking for their first wins of the season.

Centennial dipped to 0-2 in Region 6-6A play with a 35-14 loss to Indy last week while Siegel fell 36-7 at home against top-ranked Oakland.

The Stars are 0-2 against Williamson County teams, falling 42-16 at Franklin in Week 1 and dropping a 22-17 contest at home against Page in Week 2.

Brentwood returns to action after COVID-19 forced Dickson County to reschedule its game against the Bruins last week.

The Bruins made the long trip to Paris, in West Tennessee, last season and will try to avenge a 21-14 loss against their former region foes on Friday.

Both teams went on to fall in last season’s state quarterfinals.

McNamara will try to regroup against his former team on Friday. Lipscomb Academy has dropped a pair of tough games against unbeaten Brentwood Academy (29-19) and Pope John Paul II (28-21).

The home team has won the past four matchups in this underrated rivalry between the Class 3A Yellow Jackets and the Class 2A Tigers.

The past four meetings have been decided by a total of 11 points. That’s why Fairview head coach Chris Hughes calls each matchup “must see TV.”

“It’s just one of those great rivalry games,” Hughes said. “You can throw everything out the window. They lay it all on the line against us and play their butts off. We have to match it.”