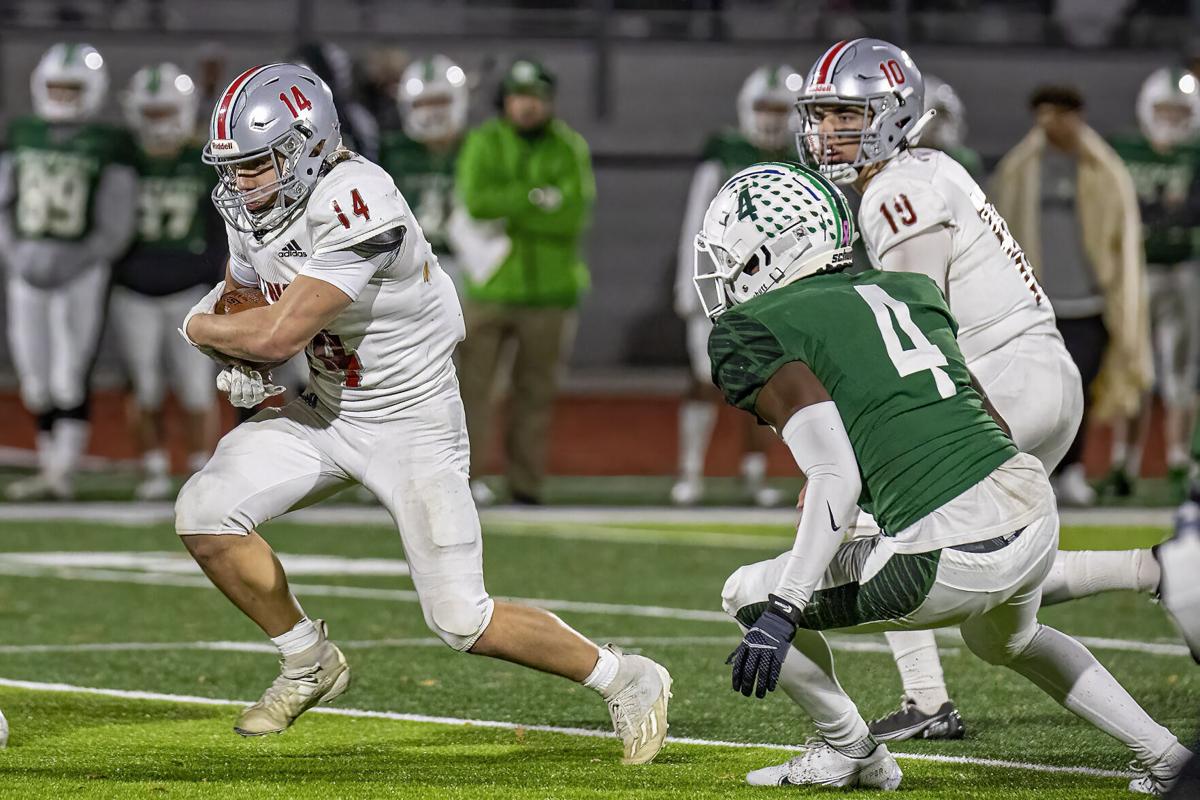 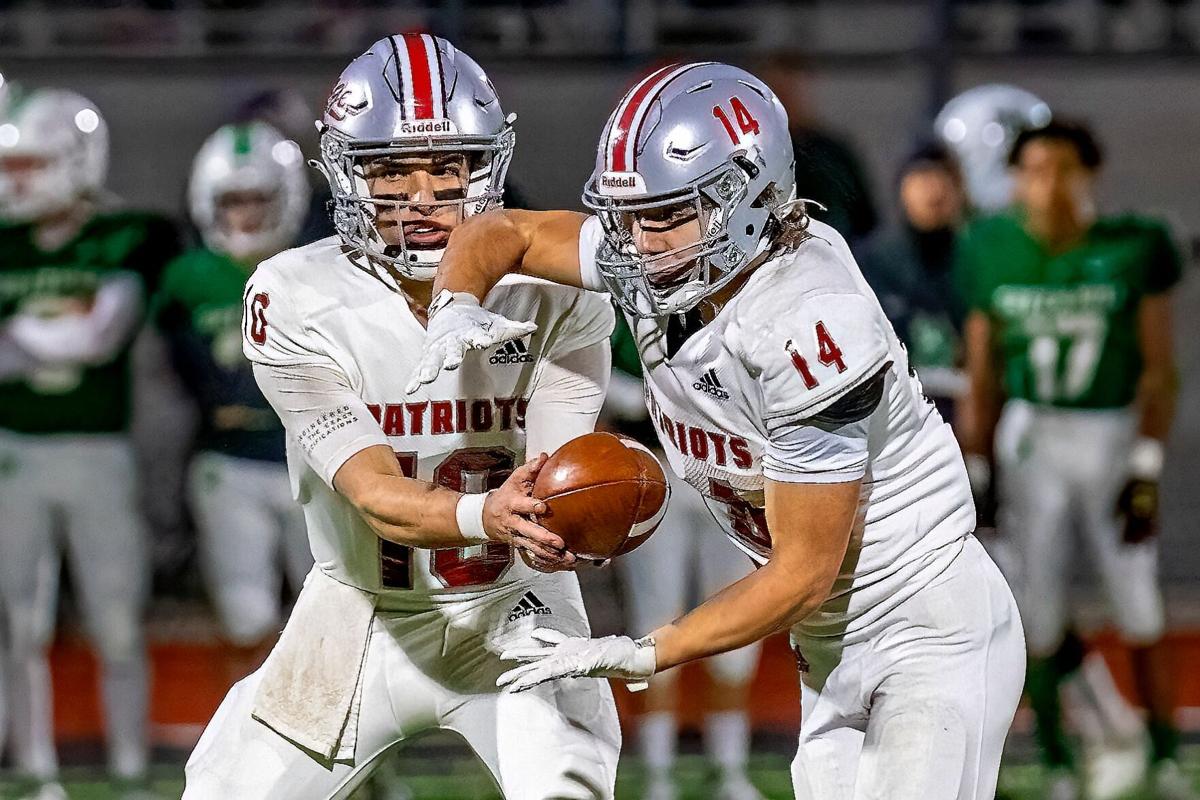 Jake McNamara of Page hands off to Ethan Cunningham. 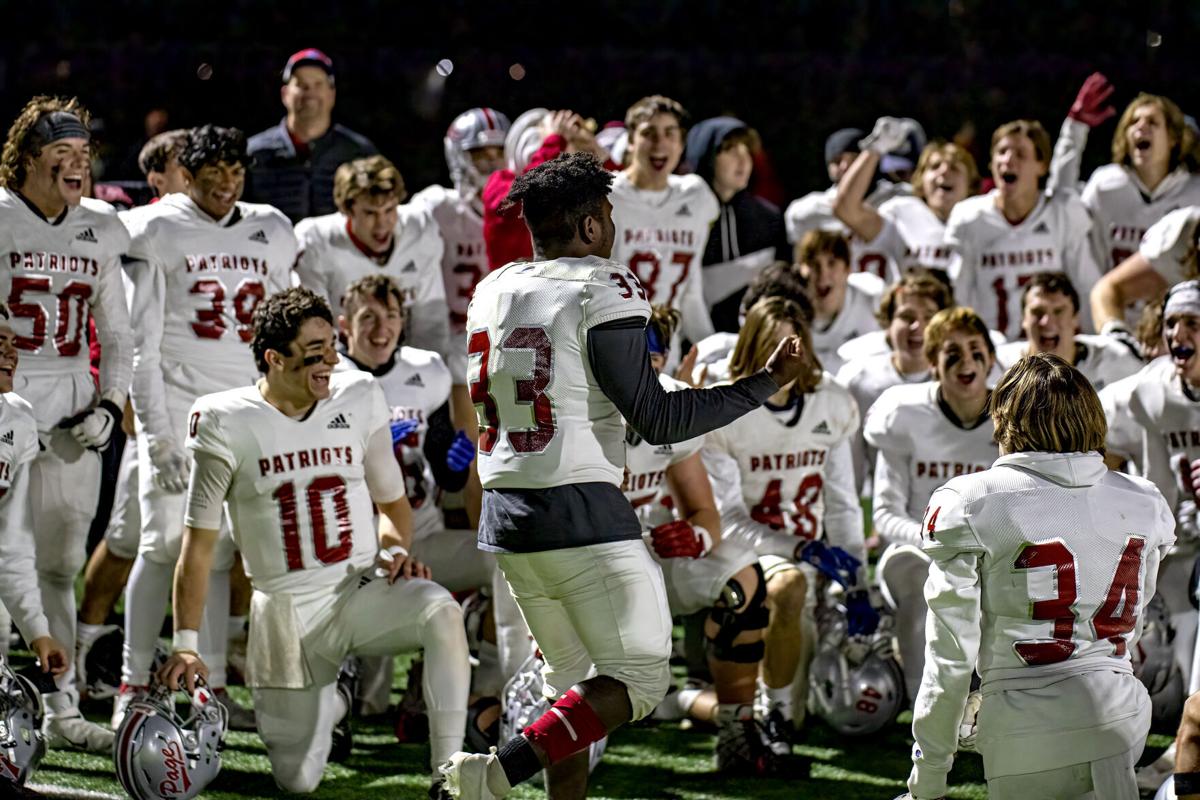 The Page football team celebrates after a quarterfinal playoff win.

Jake McNamara of Page hands off to Ethan Cunningham.

The Page football team celebrates after a quarterfinal playoff win.

The rumble in Rudderville will feature the Patriots of Page versus the Patriots of Henry County in the Class 5A state semifinals — just the third time ever Page has reached the semis and first since 1998.

“We are all excited, but we know it’s going to be a battle,” Page coach Charles Rathbone said. “Henry County is a big team, they are a tough team and just huge up front, but our spirits are high.”

Page went on the road last week and topped Green Hill in Mt. Juliet 31-14, snapping the Hawks’ 11-game winning streak. Henry County blanked Springfield 23-0 in its quarterfinal on the road.

“They get up after it all right,” Rathbone said, admitting his players haven’t faced a team with so much size this season. “We are going to have to play our best game up front, because they have plenty of size and like to play power football.”

Henry County out-gained Springfield 268-95 last week with 179 yards coming on the ground behind running back Cole Townsend, who rushed for 95 yards and two touchdowns in the win. The senior running back was coming off a 210-yard, four-touchdown performance in a 56-27 second-round win over Munford.

Junior back Morgan Barrick and Townsend have combined to rush for nearly 1,700 yards this season. Barrick has recorded all 14 of his rushing TDs in the last five Henry County wins.

“They have some athletes, but offensively, they haven’t run a lot we haven’t seen already,” Rathbone said. “We are hoping to establish our run game a bit and let Jake (McNamara) do his thing.”

Ethan Cunningham has rushed for just over 200 yards for Page the last two games. He scored twice last week but also fumbled on a chilly night at Green Hill and rushed for more than 100 yards and a score in a 20-15 win over Nolensville in the second round.

McNamara threw for 250 yards and provided the game-sealing touchdown by hitting Boyce Smith for a 43-yarder with 8:34 to play at Green Hill. The senior quarterback and Colorado State commit has thrown for more than 2,700 yards this season in 11 games with 30 touchdowns.

“Jake could probably run the ball more, but he’s a quarterback at heart and keeps his eyes downfield,” Rathbone said. “I can’t second guess his decisions. He’s done an excellent job getting us some great plays, and that’s what he’s supposed to do.”

Smith, Max Collins and Michael Mayer are the senior QB’s top targets, all having more than 40 receptions on the year. Mayer caught five balls for 148 yards and added a 2-point conversion catch in the win last week to lead the receiving corps.

Rathbone said he’s had several former Page players approach him recently, including several from the program’s 1997 and 1998 teams that reached the state semifinals, the furthest the Franklin school has gotten in the playoffs in its 46-year history.

“They hope we can finish the job and do something Page has never done,” Rathbone said, hinting toward playing for the Class 5A championship in Chattanooga on Dec. 3. “It’s been exciting, but we are trying to treat this as business as usual, and it’s been all Henry County so far. That’s our focus.”