The Brentwood student section will host their rivals from Ravenwood Friday. 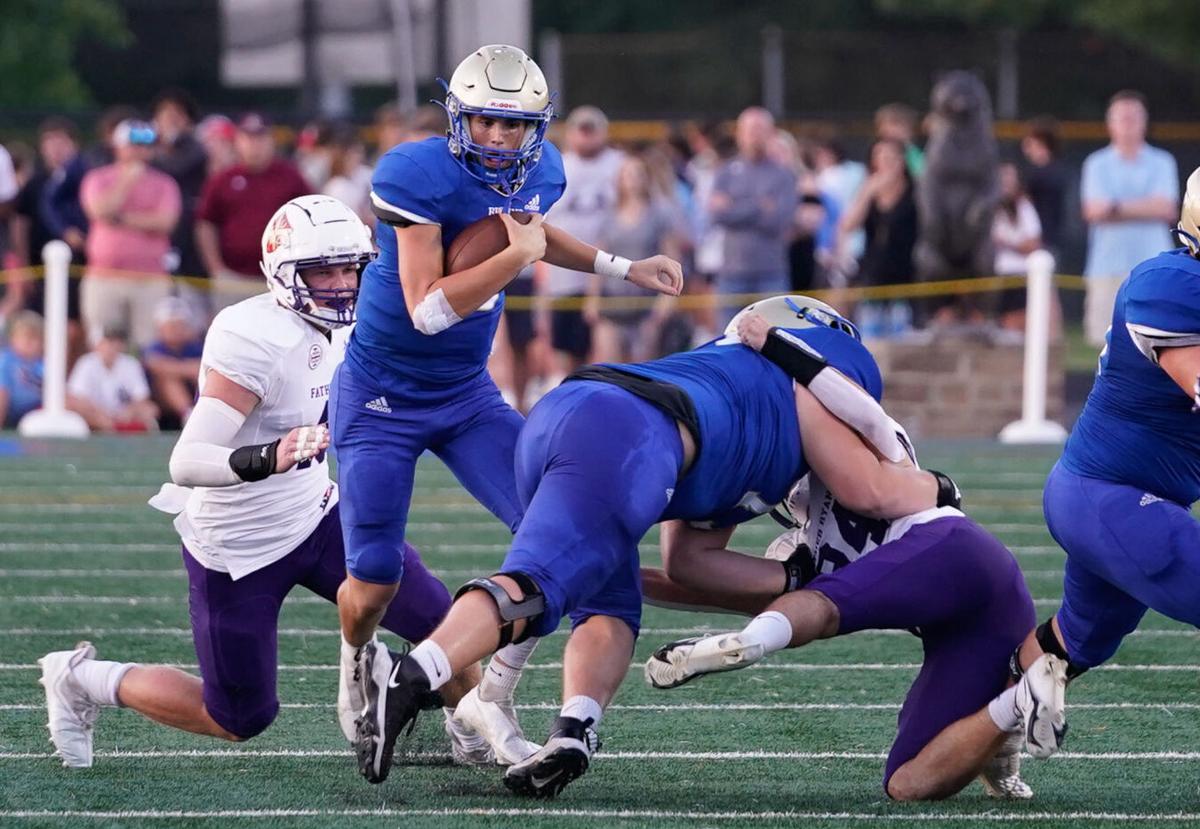 Brentwood quarterback Davis White threw for two touchdowns to lead the Bruins to a 21-14 win at Henry County last week. The Ravenwood student section will cross the interstate Friday for the Battle of the Woods.

The Brentwood student section will host their rivals from Ravenwood Friday.

Brentwood quarterback Davis White threw for two touchdowns to lead the Bruins to a 21-14 win at Henry County last week.

The Ravenwood student section will cross the interstate Friday for the Battle of the Woods.

BRENTWOOD – If there’s common ground heading into Friday’s Battle of the Woods showdown at Brentwood High School, it’s that both the Bruins and Ravenwood just want to compete in the always electric atmosphere the annual regular season meeting carries.

“This game always presents such a unique environment for high school football,” first-year Brentwood head coach Clint Finch said. “Some kids don’t ever get to play in this style of atmosphere, so we are just hoping to go out there and play our best football because we know it will be a really fun game to be a part of.”

Brentwood, which improved to 1-3 by rallying for a 21-14 win at Henry County last week, used a win over the Raptors in the regular season to win three consecutive region crowns. They edged Ravenwood 28-21 in overtime on the Raptors home field last year in the 21st meeting between the two schools on the football field. Brentwood owns a slim 11-10 advantage overall now.

“There’s a lot of hoopla surrounding this game as there always is, but we just have to remember that this is a region game and that’s very meaningful,” Finch said.

Finch said his team’s growth this season finally was enough to break through in the win column last week despite an early 14-0 deficit on the road in Week 4. Quarterback Davis White overcame a tough hit to complete 16-of-24 passes for 231 yards with two touchdowns in the contest, while Carter Patton anchored a defense that made a last stand, including a late sack from Jayson Lowe with 1:47 to play. Patton racked up 16 tackles in the game, while Jake Brock continued to shine defensively as well.

The Brentwood defense will try to slow a Ravenwood offense finding its groove after taking care of turnover issues in its first two games. The Raptors (3-1) have been turnover free in back-to-back games, a 46-10 Region 7-6A opening win over Franklin and last week’s 35-14 victory over Virginia’s Life Christian Academy.

“We’ve been playing a little better now and built some momentum,” said Ravenwood coach Will Hester, who has coached with Finch as well as against him in recent years. “This game always can come down to who has the ball last. I think you can always just throw the records out.”

Junior quarterback Chris Parson has scored eight touchdowns in the last three games – all Ravenwood wins. He turned two of his five carries into touchdowns last week and also threw for 157 yards and another score. Parson is averaging more than 100 yards rushing per game and has 11 total touchdowns on the season.

Hester said his team is focused on continuing to play mistake-free.

“I’m excited for the kids because it will be an unbelievable atmosphere Friday, but that also brings emotion,” he said. “Sometimes when you play with a lot fo emotion, you make mistakes, so we can’t allow the emotion to impact the game.

“We all know what we have to do out there.”