Ravenwood head coach Matt Daniels says his team is playing with a chip on its shoulder.

After suffering a 40-26 loss to the Raptors Friday night, the Independence Eagles might agree. 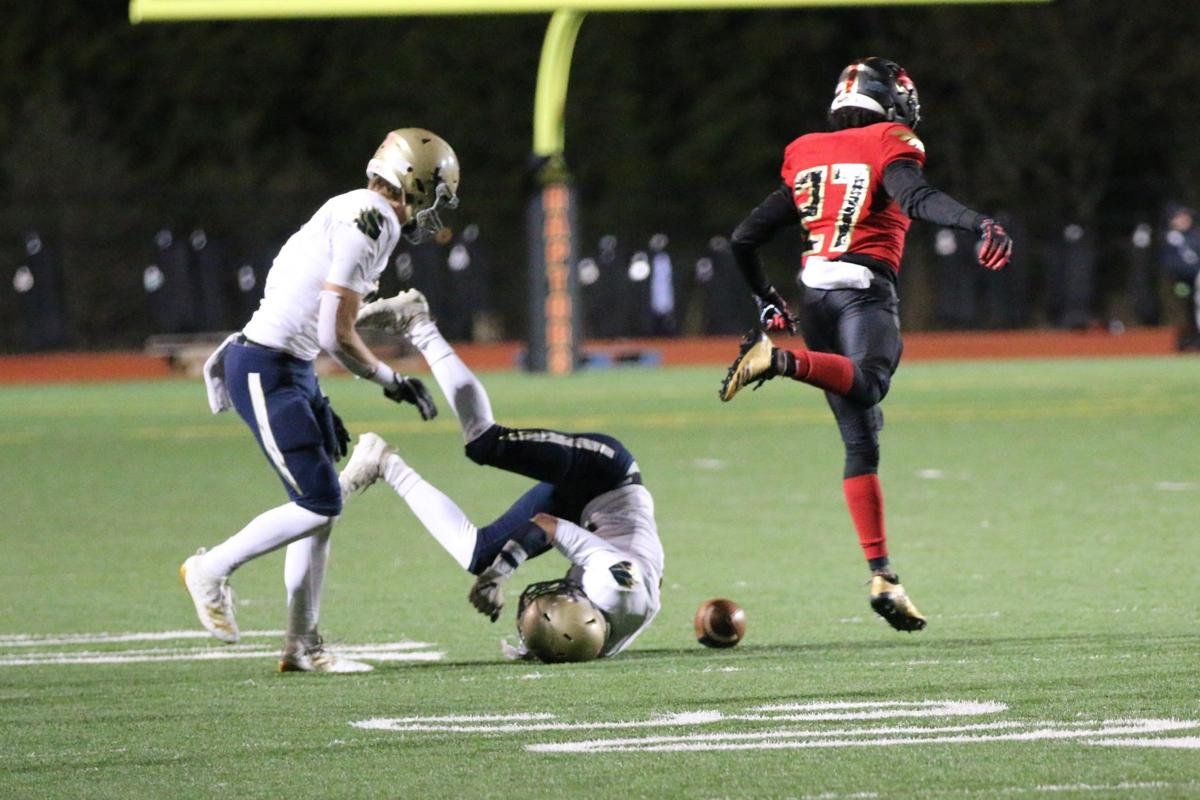 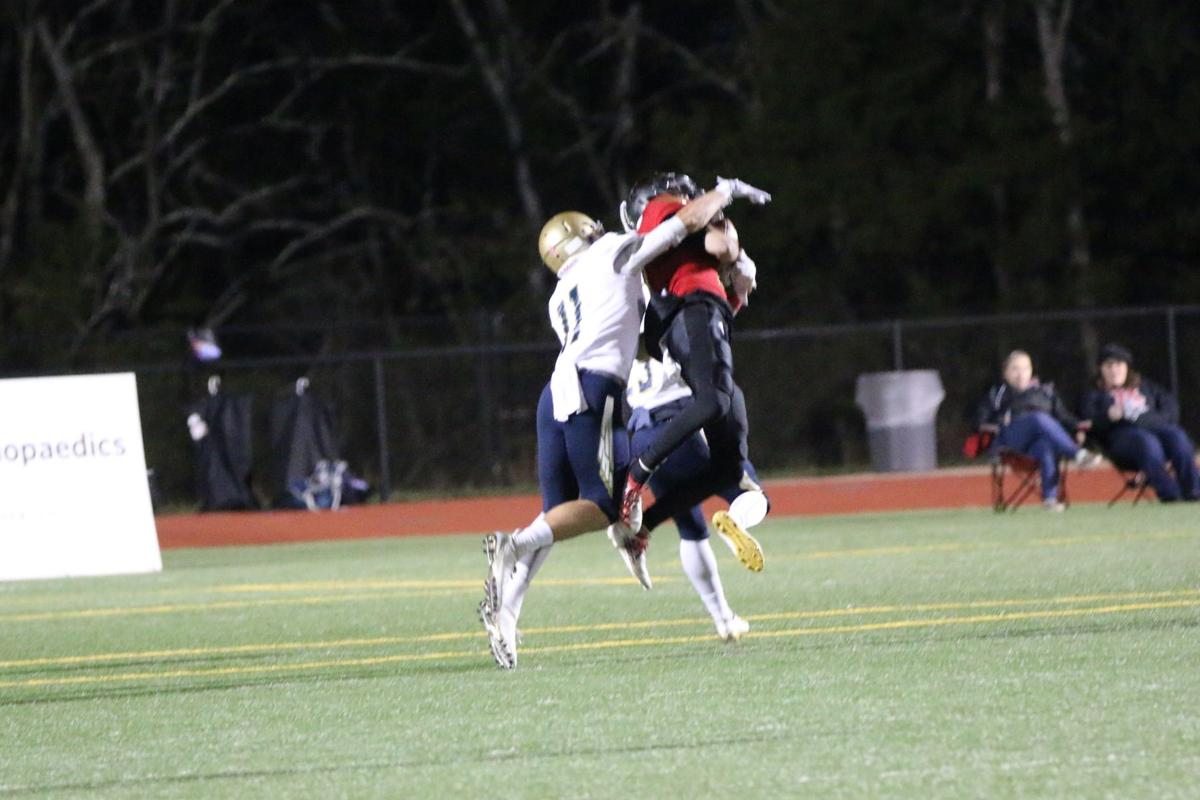 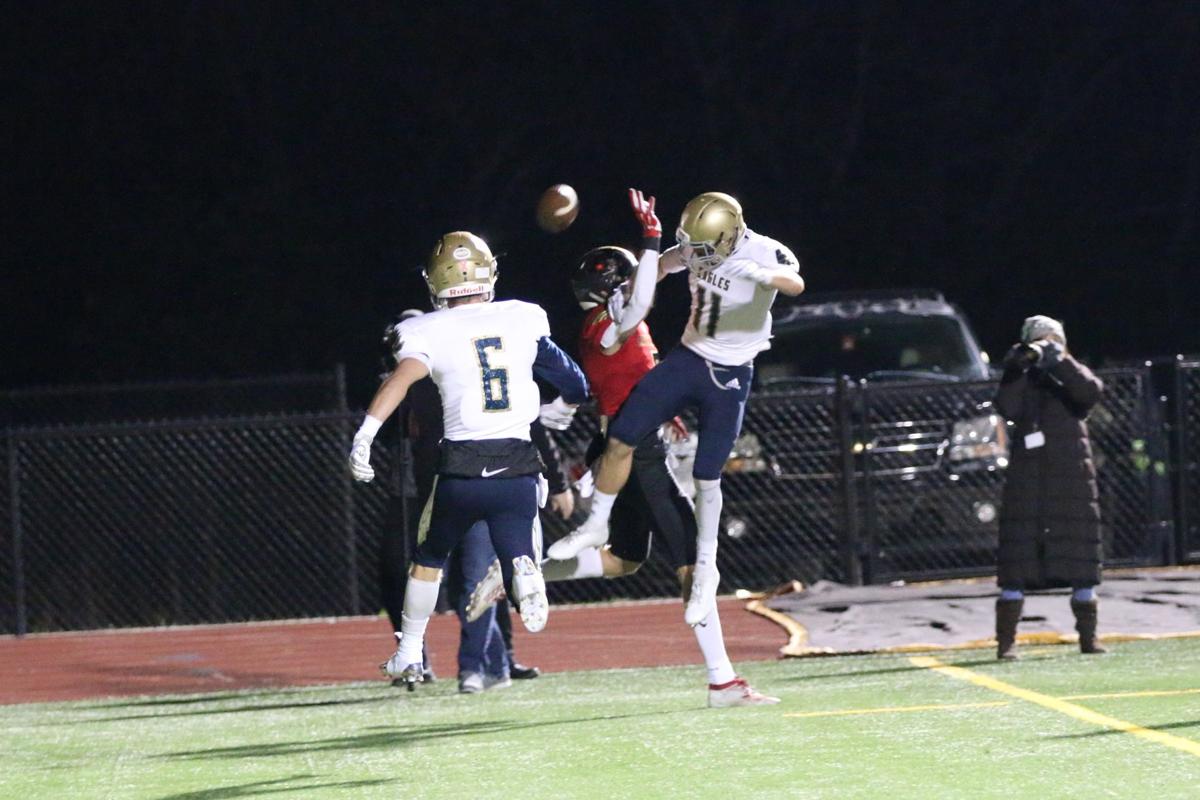 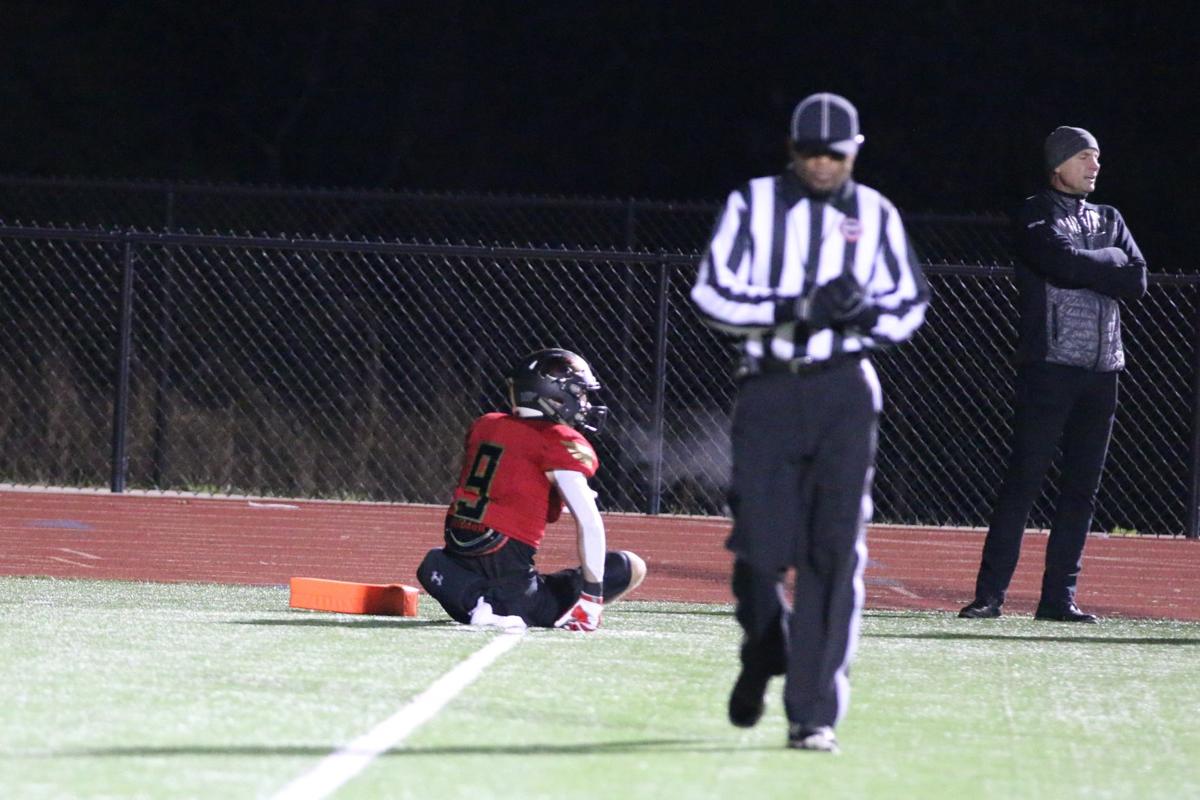 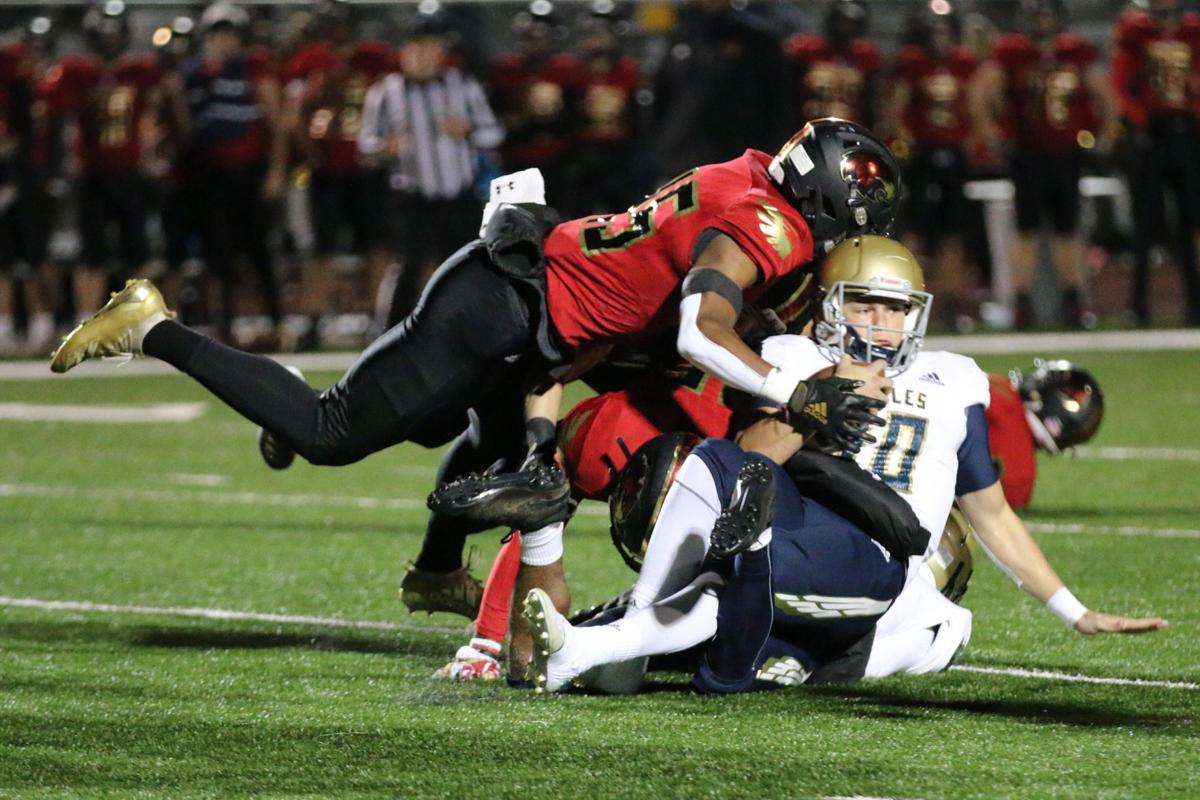 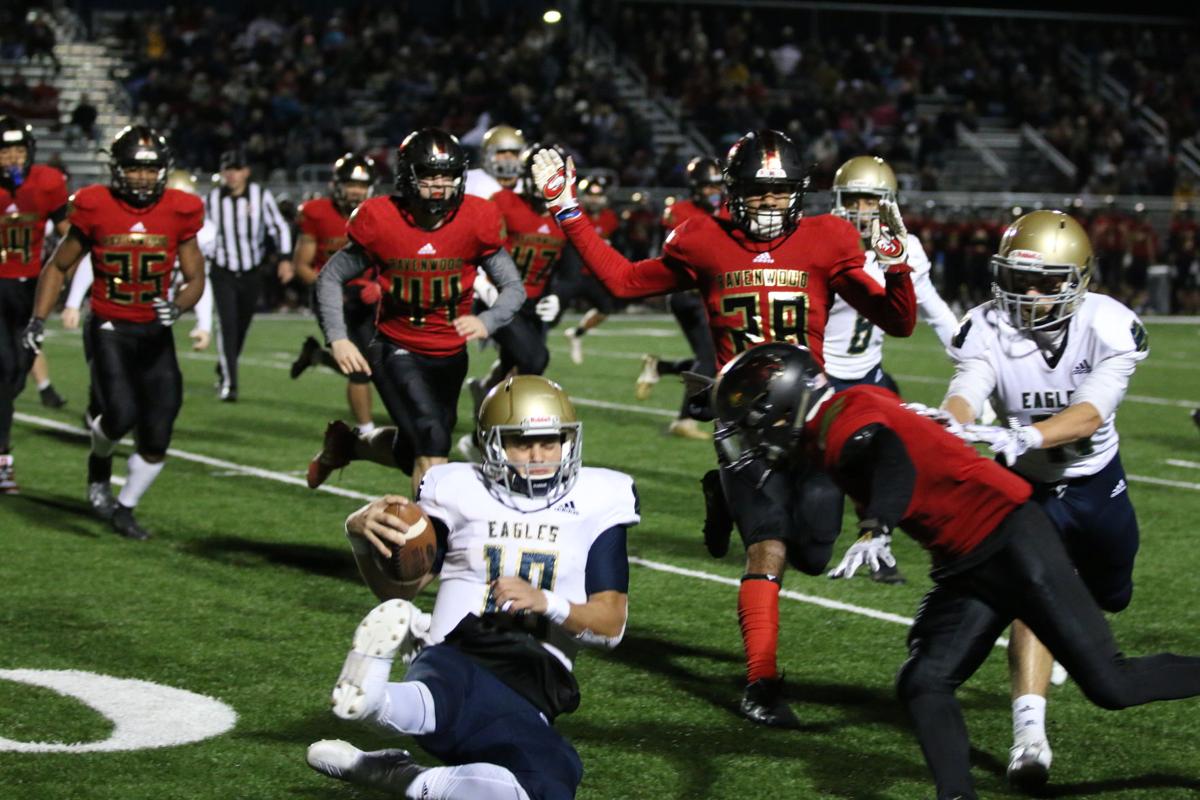 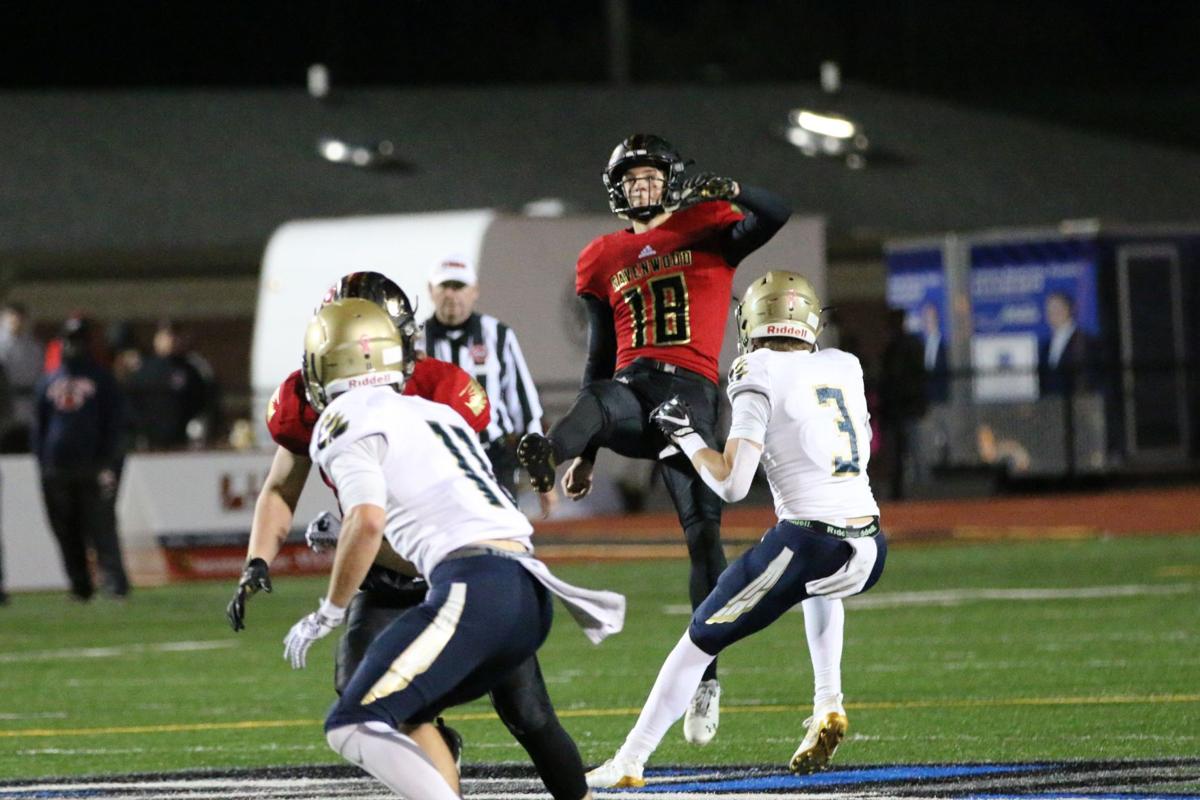 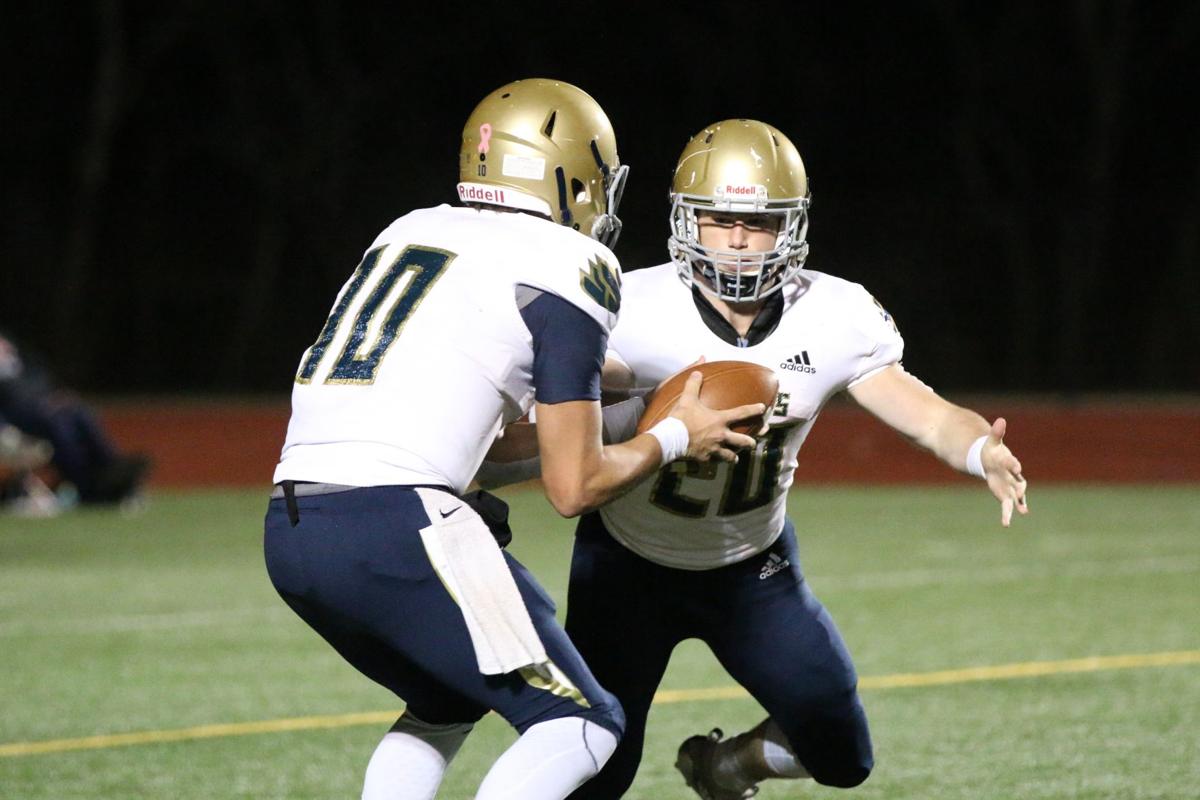 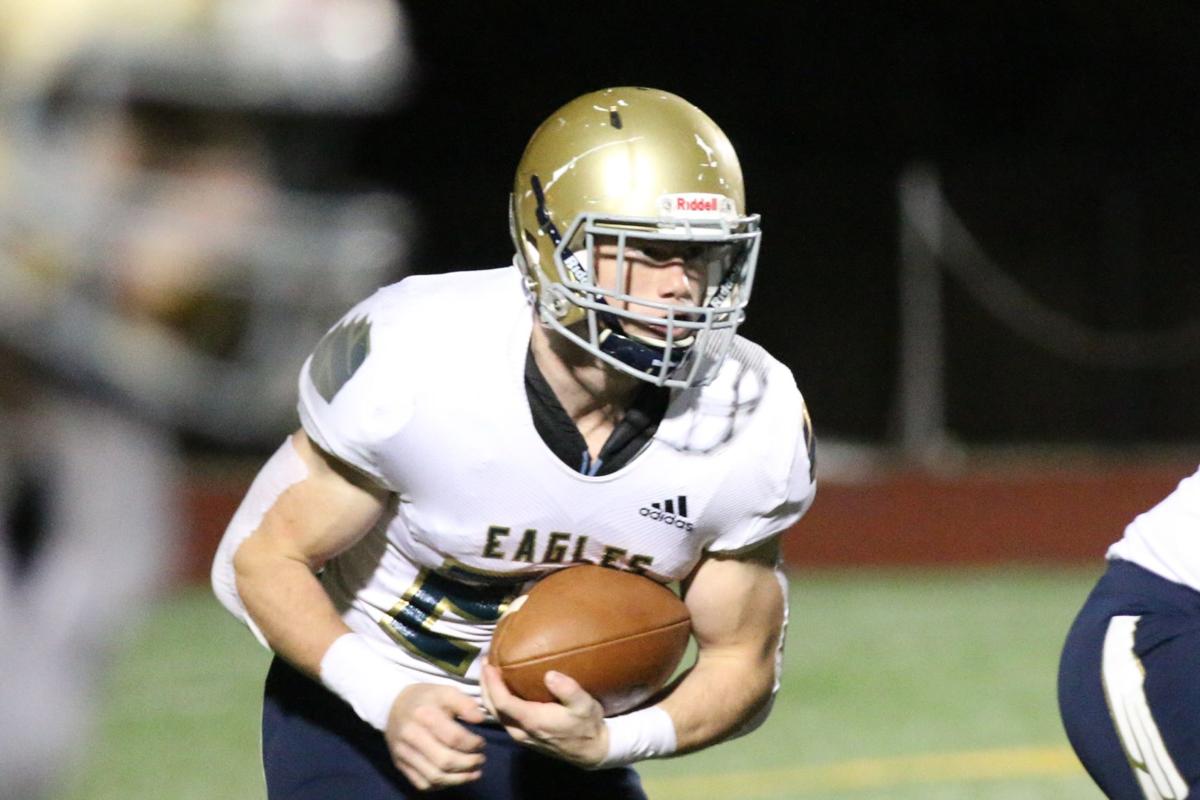 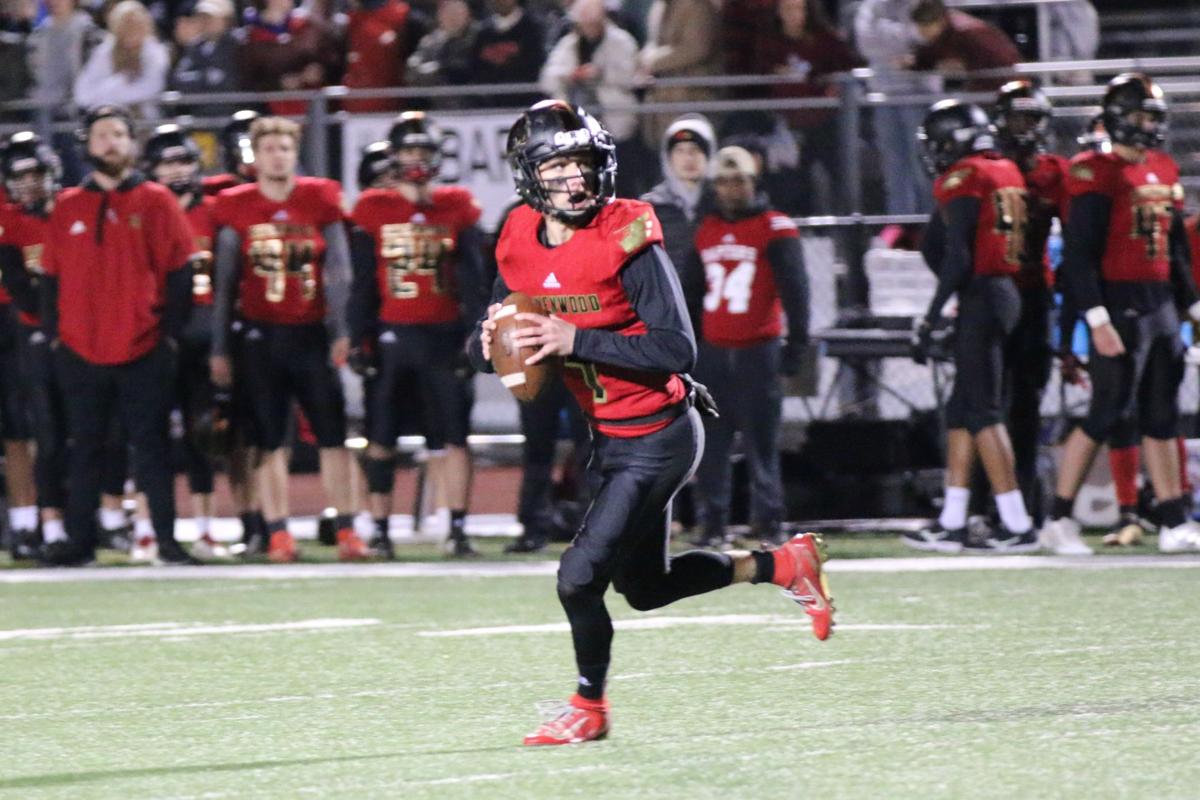 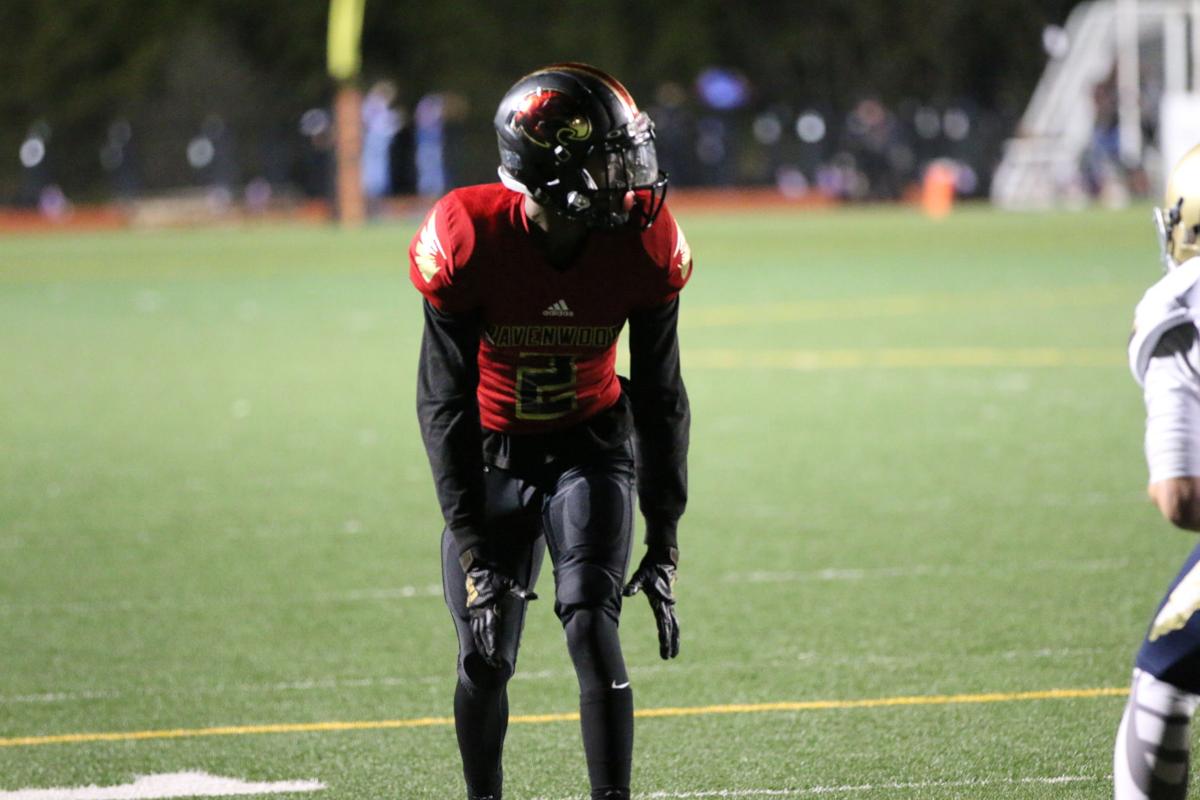 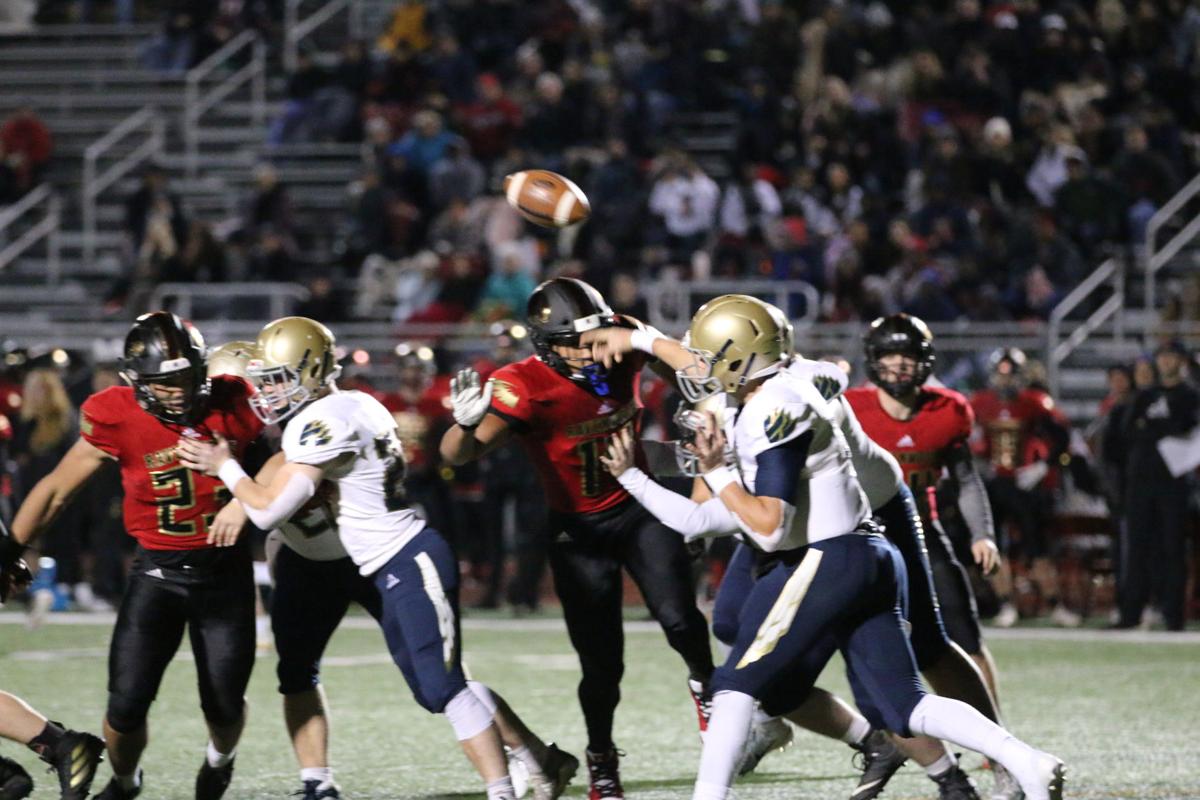 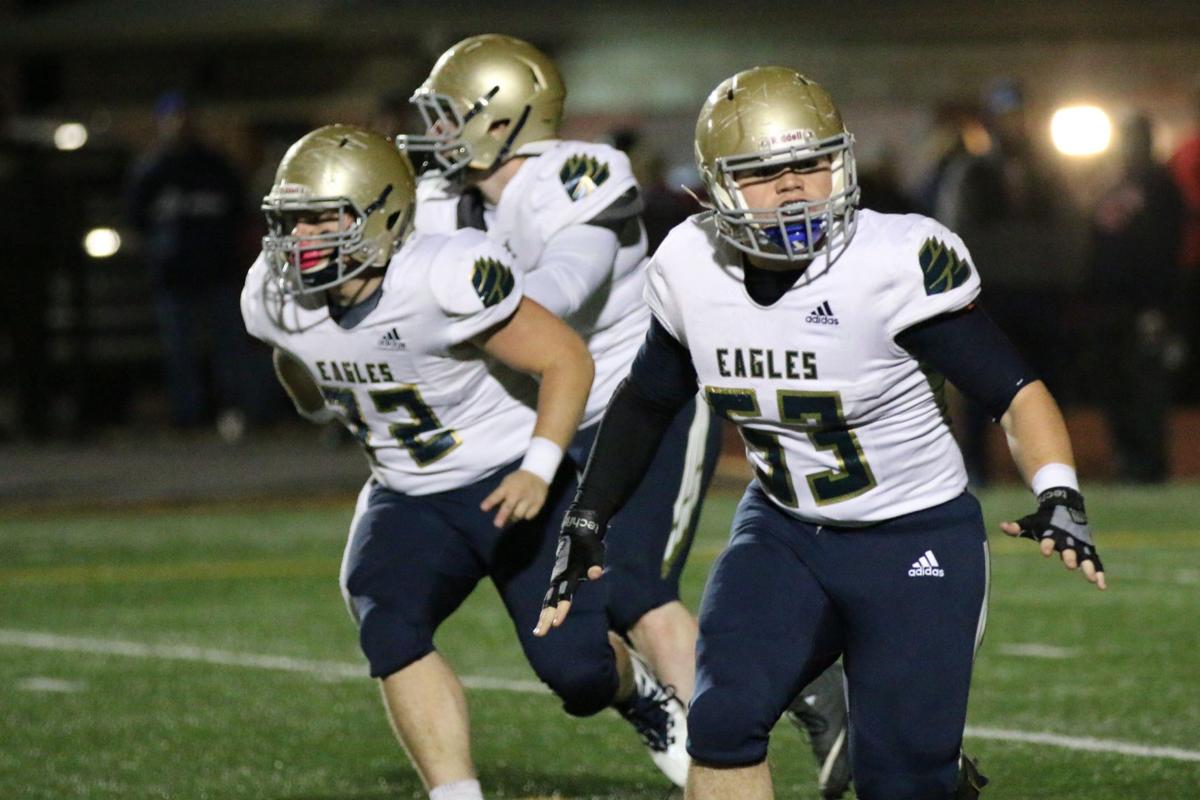 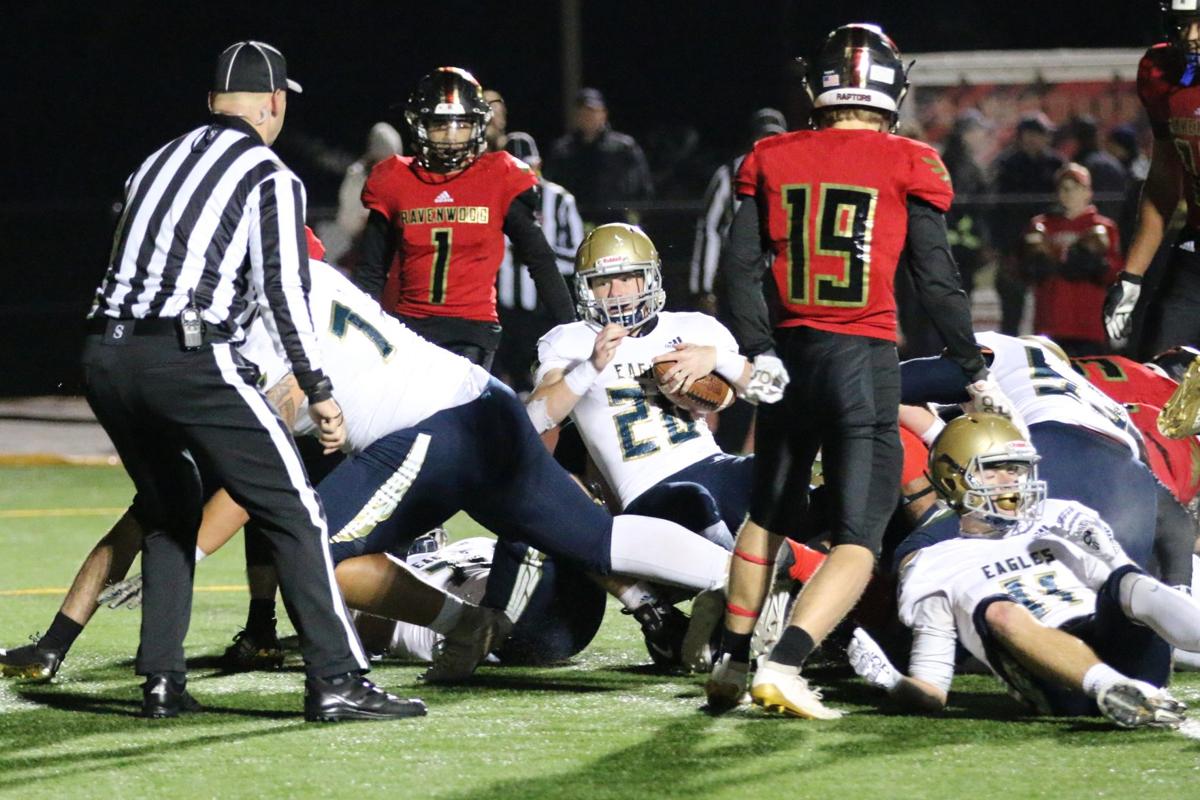 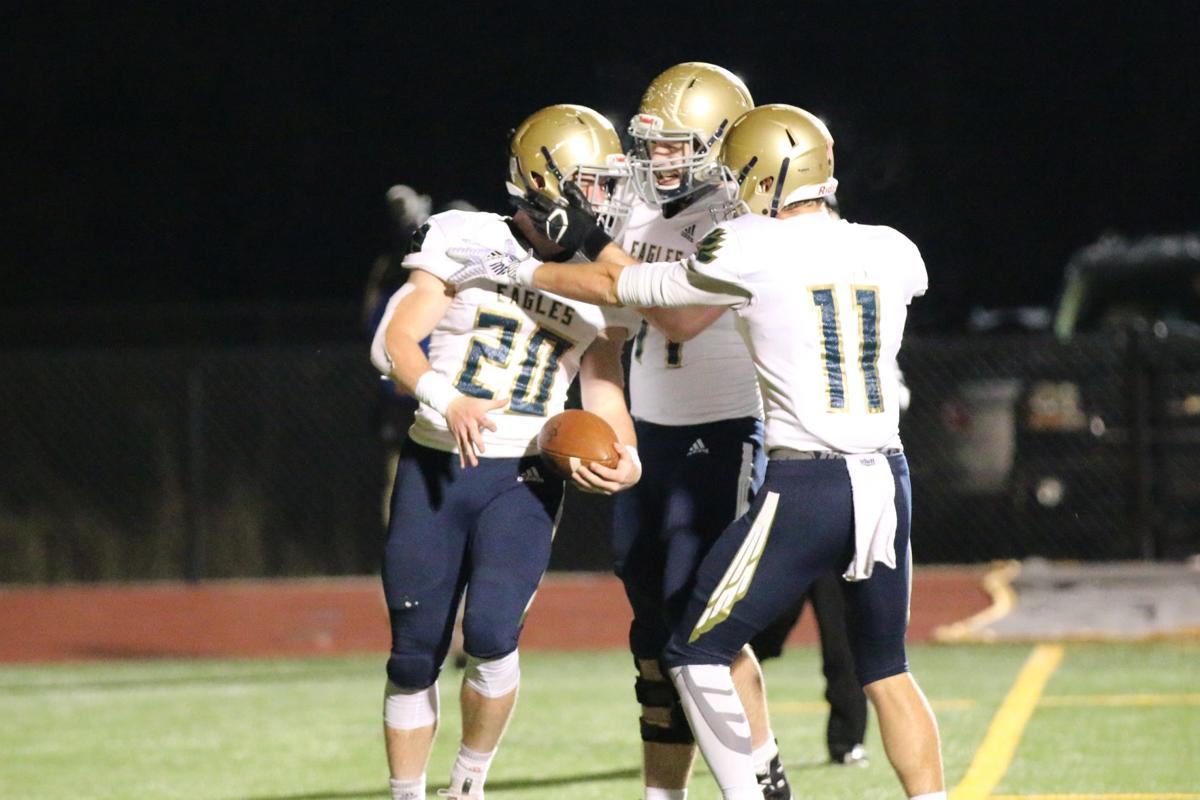 The Raptors (9-1) held Indy (6-4) to 160 yards of offense, including just 13 on the ground, and sacked quarterback Ethan Cash six times, all while Anthony Mason nabbed a pair of scoring passes from Brian Garcia to break Van Jefferson’s school record for TD catches in a single season. Mason added an 82-yard kick-off return for a touchdown for good measure.

“They just beat us up front the whole night. It was hard to get into any rhythm. Credit to them, they’ve got a terrific team,” said Indy coach Scot Blade.

Ravenwood opened with 19 straight points. Their inaugural drive resulted in the first of two Luke Akers field goals to go along with a pair of Brian Garcia touchdown passes, first to Mason and later in the first half to Jake Briningstool. Indy cut into the lead, capitalizing on a pair of personal foul penalties, for a one-yard Jack Phillips plunge, only to see Mason streak 82 yards with the ensuing kickoff to stretch the advantage back to 26-7 at the half.

Garcia found Mason and Briningstool in the end zone again in the second half, and Indy’s Phillips added a 7-yard score on a night of great frustration for the Eagles.

The biggest frustration was an inability to stop a bruising and shifty Raptor running game.

Tony Rice ran 17 times for 133 of the Raptors’ 236 ground markers, outracing defenders to the corners and crushing others up the middle. Garcia added 70 yards rushing to his 157 in the air, confounding the defense with slippery fakes and pirouetting elusiveness, including converting three fourth downs in the first half.

“We’ve got a lot of guys on our team I trust on fourth down,” said Daniels. “We’ve been giving Brian a chance to get some first downs with his legs and he has shown he really is a true dual threat. We put the ball in his hands on a couple of those fourth downs and he converted. I’m really proud of our team for executing in those moments.”

The Raptors also kept the Eagles pinned down, forcing Indy to face long stretches of green to get to pay dirt. With Luke Ayers putting kickoffs in the end zone and booming punts, Independence started only 2 of their 12 drives beyond their own 20-yard line. They also started a pair inside their own five.

After the game, Blade was ready to move forward to the opening round of the playoffs, when he takes his team to Smyrna (6-4).

“We’ve got to find a way to give Ethan time, find a way to secure the catch, find out who is going to tackle and play their assignments. Right now, we’ll lick our wounds and get ready for next week.”

For the Raptors, it’s at least one more game at home, as they host Stewarts Creek (8-1).

“Our guys are playing with a chip on their shoulder, they are playing confidently at the right time of the year. Now it’s win or go home. Our boys are playing like their backs are against the wall and that’s a god thing this time of year.”

The game was played at neutral site Nolensville. The Knights, whose home field is artificial turf, were on the road, leaving the facility available for neighbor Ravenwood, where last week’s game in the rain against Cane Ridge left the Raptor’s home field in dire need of repair with next week’s playoff game looming.