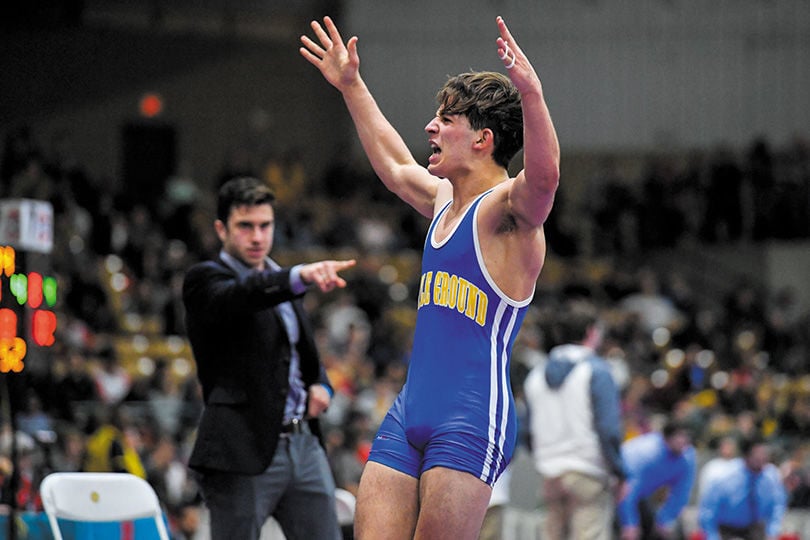 Conner Mitchell is about to begin his junior year at Rhodes College. The former Battle Ground Academy standout won the school’s first wrestling title since 2013 as a senior in 2018. He is now enduring  the cancellation of his football seasoned chats about that and more in the latest Williamson County sports Q&A. 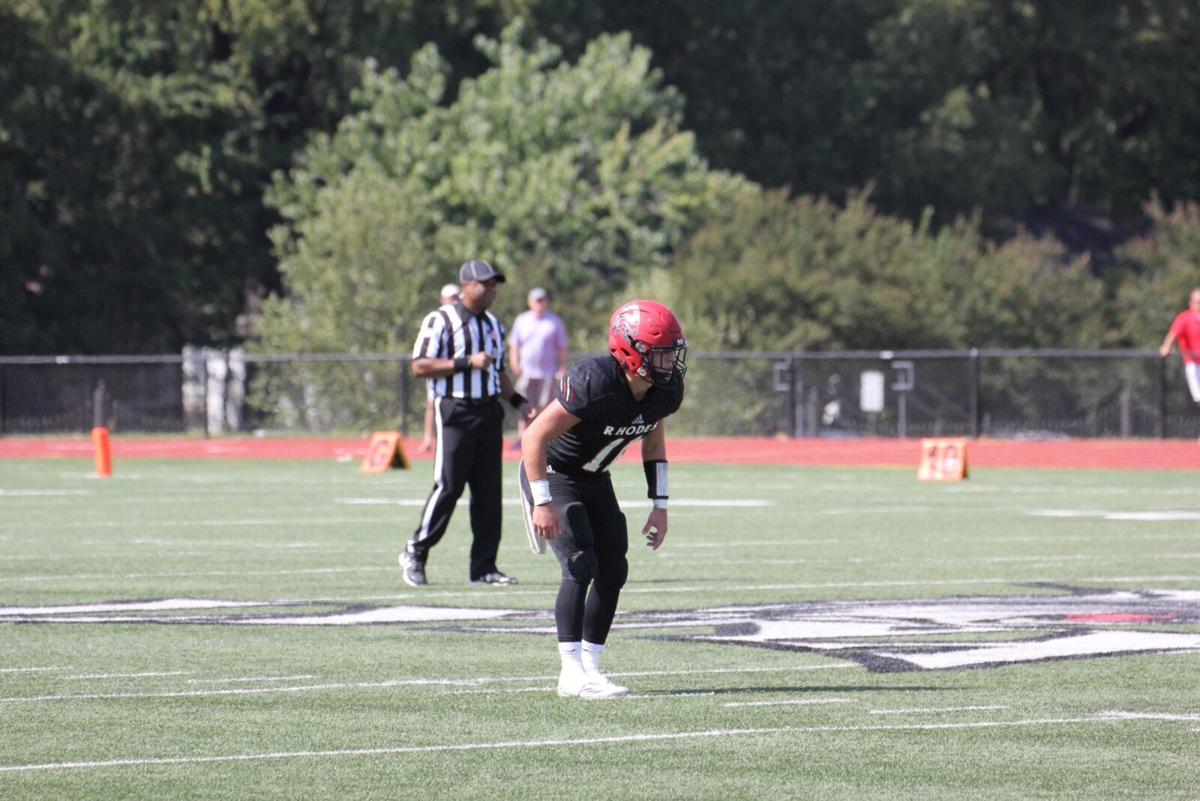 As a sophomore, Conner Mitchell earned All-Southern Athletic Association honorable mention honors. A safety, he forced a fumble, had an interception and was second on the team with 64 tackles. 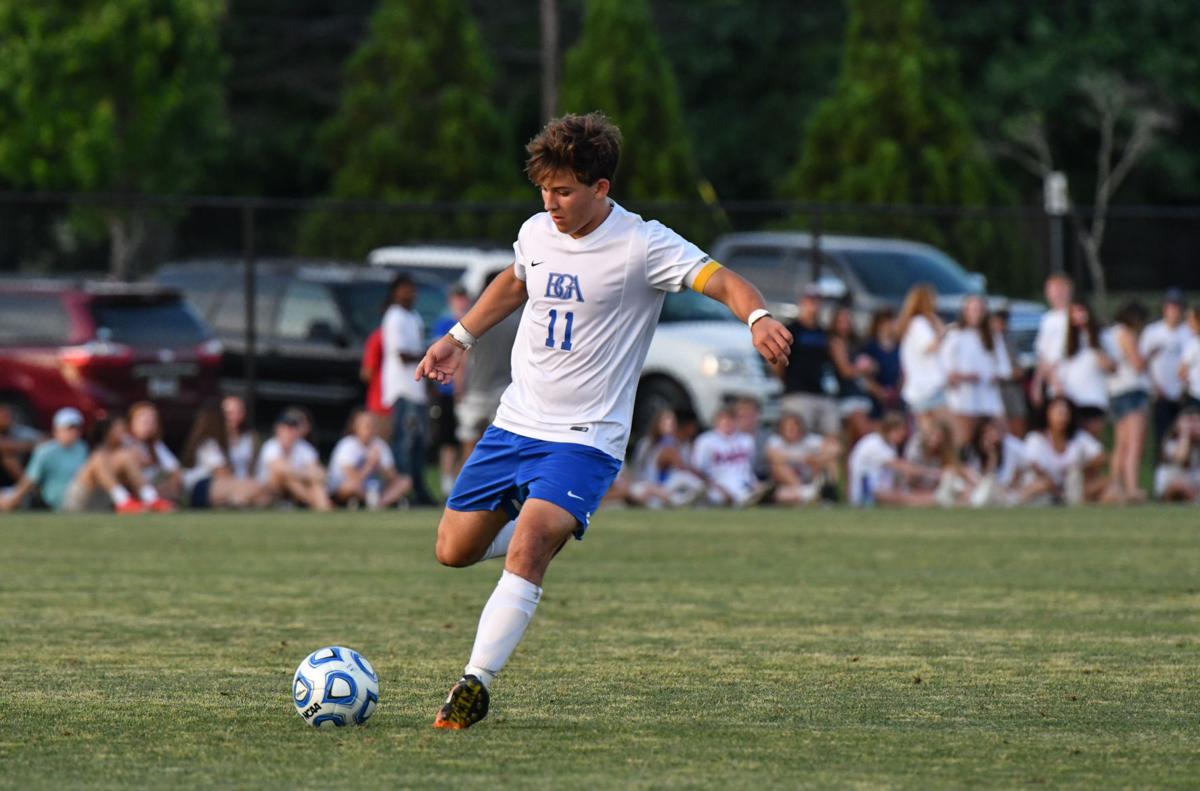 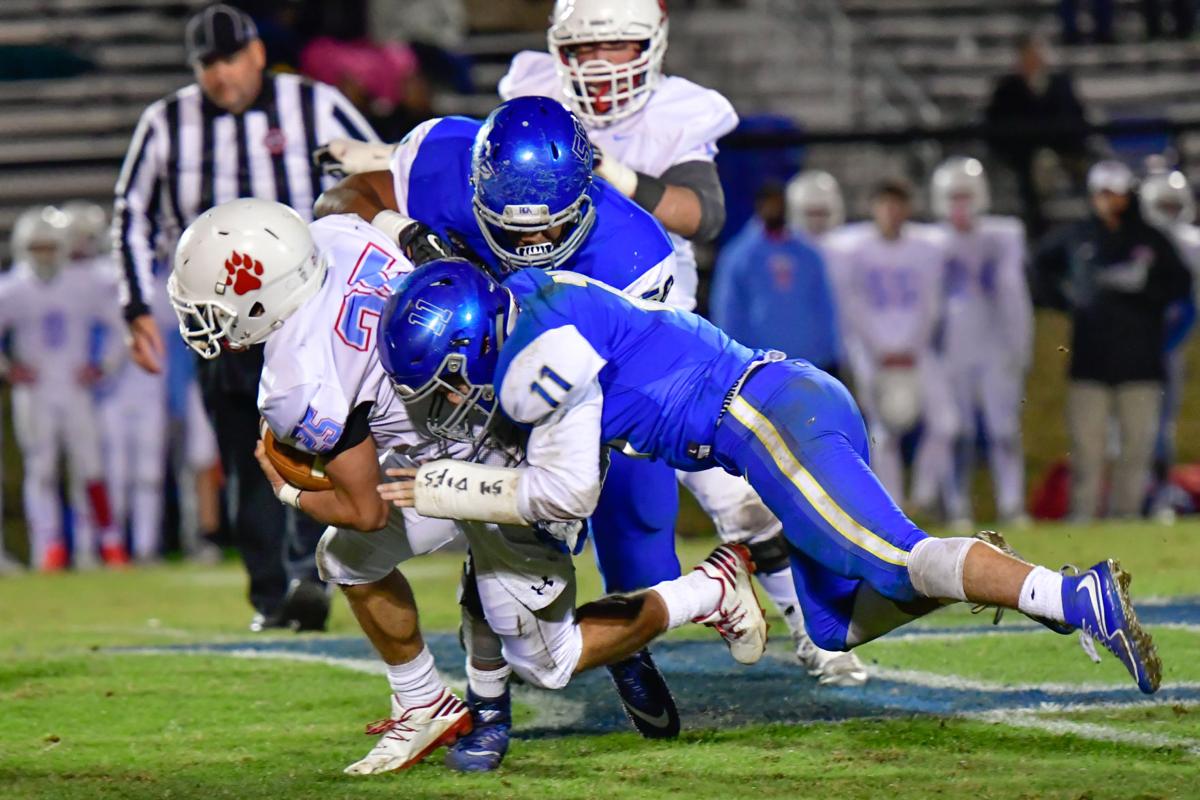 As a senior at BGA, Conner Mitchell, No. 11, was named all-state and all-region.

Conner Mitchell is about to begin his junior year at Rhodes College. The former Battle Ground Academy standout won the school’s first wrestling title since 2013 as a senior in 2018. He is now enduring  the cancellation of his football seasoned chats about that and more in the latest Williamson County sports Q&A.

As a sophomore, Conner Mitchell earned All-Southern Athletic Association honorable mention honors. A safety, he forced a fumble, had an interception and was second on the team with 64 tackles.

As a senior at BGA, Conner Mitchell, No. 11, was named all-state and all-region.

Last month’s decision to cancel the Southern Athletic Association’s athletic competitions this fall left Conner Mitchell without a football season for the first time since his very early childhood.

The former Battle Ground Academy multisport star developed into one of the top tacklers at Rhodes College in Memphis last season and his constant work over the offseason meant Mitchell was poised for a breakout year before July’s decision ended the season before it started.

“It was definitely a letdown and I’m still trying to get through that feeling,” said Mitchell, who starred in football, soccer and wrestling at BGA. “I’m here in Memphis already since I signed up for a place to stay before all this happened and I’m with some of my teammates, so we are getting through it together.

Mitchell, who played for multiple state championships for the Wildcats and won BGA’s fourth-ever wrestling title in 2018, took some time to take part in the latest Williamson County sports Q&A.

Pulliam: Do you have any advice for our area high schoolers who are optimistically approaching the fall season right now amid the pandemic?

Mitchell: “I talked to (my younger sister) Keaton about it and really just told her to enjoy it. Enjoy the moments and be thankful for the opportunity to compete. I know people are trying to make a safe environment, but those are tough to establish and work on. I hope there’s protected play for her and others, but just soak up every minute of this.

“I look back on February and how much I was looking forward to the season. We had a pretty tough year and I just wanted it to be over near the end, in a way, but I would give anything to be back out there again. I hope these younger kids are thankful that they are getting to play and stay as safe as possible to remain out there.”

Pulliam: This has to be one the first times in a long time when you have had free time, so how are you filling it?

Mitchell: “Oh, man, yes. That’s been the weirdest thing about all of this is all the free time on my hands. Sometimes, I don’t know what to do and I guess I’ll have to find a hobby or something. I am still working out a lot, I mean, when adversity strikes, you have to just push through. I’m continuing to prepare myself for whenever I get an opportunity to play again. I have a job interview lined up here in Memphis, so I’m looking forward to that and of course just studying really hard.”

Pulliam: How did playing so many sports help you get you where you are?

Mitchell: “It really came down to time management. I never really had any off time in high school, but I loved that. I was always getting home later than most all school year, so I had to be focused on school work and get that done earlier and just work harder to stay ahead. I know that really helped me out.

“I mean, I played football for four months and went right into wrestling and had to adjust right away and then in the spring, it was time for soccer. I knew every workout, every practice, I had to bring the intensity. Looking back, I feel like I got worn down a bit, but I loved it.”

Pulliam: How did you get involved with so many sports?

Mitchell: “When you grow up as a faculty kid, you live, eat and breathe BGA. I wanted to do everything I could to represent my school because really the school and faculty was my second family.

“I guess it just started at a young age. You know, my dad (Rob Mitchell), was the soccer coach, so I played soccer at a young age. He was a teacher and the assistant AD at BGA and he wanted to expose me to sports in general.

“I remember one time after the BGA soccer camp, I tried wrestling and just got hooked and really enjoyed it. And football, well, football is always one of the sports at BGA that really instills a kind of tradition, so growing up as a young kid and always going to the games, I always wanted to be out there, too.”

Pulliam: I’ve written several stories over the years mentioning the benefits football players get from wrestling. How did doing both help you on the field?

Mitchell: “Well, I’m not a big guy. I’m really an undersized football player, so it really helped me in making tackles. It teaches you how to get lower than the other guy and make sure that when he lowers his shoulder, you can get lower and make that tackle. The physicality, using your hands off the blocks — really all kinds of stuff can be translated onto the field.”

Pulliam: As a sophomore you turned into one of the team’s leading tacklers last season. How were you working and how did you want to build on that?

Mitchell: “It really shows that hard work pays off, but no matter how hard you work, there’s always things you can improve on. I’ve really been trying to focus on my ability to break out of a back pedal and stuff like that. Again, being a bit undersized, I had some trouble getting away from those big linemen, so I was focusing on trying to build some size, watching tons of film, taking feedback and trying to apply it to my game and just working on my overall technique so that I can be better for the next season.”

Pulliam: You play on a team and in a league with a lot of familiar faces from the area. What’s it like playing against former teammates and friends?

Mitchell: “I think that’s really cool and just kind of fun. Sewanee is our biggest rival and Evan Gaunt plays there. We played together for three years, so it was really cool to see him and play against his team now. It’s a weird feeling, but fun. He’s always yelling at me from the sidelines. You play with guys like that all these years and it’s an awesome change of pace to play against them.”

Pulliam: I’m sure there’s a ton, but what are some of the memories that really stand out from your time at BGA?

Mitchell: “It is a lot of fun to get together with some friends because we always end up talking about so many different memories from the games we played in. I would say my top game was the 2018 final against Lausanne in soccer. That was my last game and it was my dad’s last game as coach. It was a sad moment, but we made such an amazing run to get there so that’s probably one of my favorite memories.

“Wrestling, obviously, was winning a state championship. That was just big time. On the football field, I think back to my freshman year when we made it all the way to the finals. We had such a great senior class and great group of guys. That was just an enjoyable time.”

Pulliam: We have a lot of challenging things happening in our world right now, what are some of the things you would like to see implemented as a young athlete?

Mitchell: “It is overwhelming. I would say to again just give everything you got and enjoy your time with your teammates and the time you have together. That camaraderie you develop is so unique and I think a lot of the things you learn can be applied to the present-day situations we are facing.

“Like a team, we all need to come together and really focus on fixing the issues in this county. We need to stop being divisive and move together toward a common goal, whether it be achieving equality for all minorities throughout the United States or just combating this virus and trying to minimize its effect on us.”