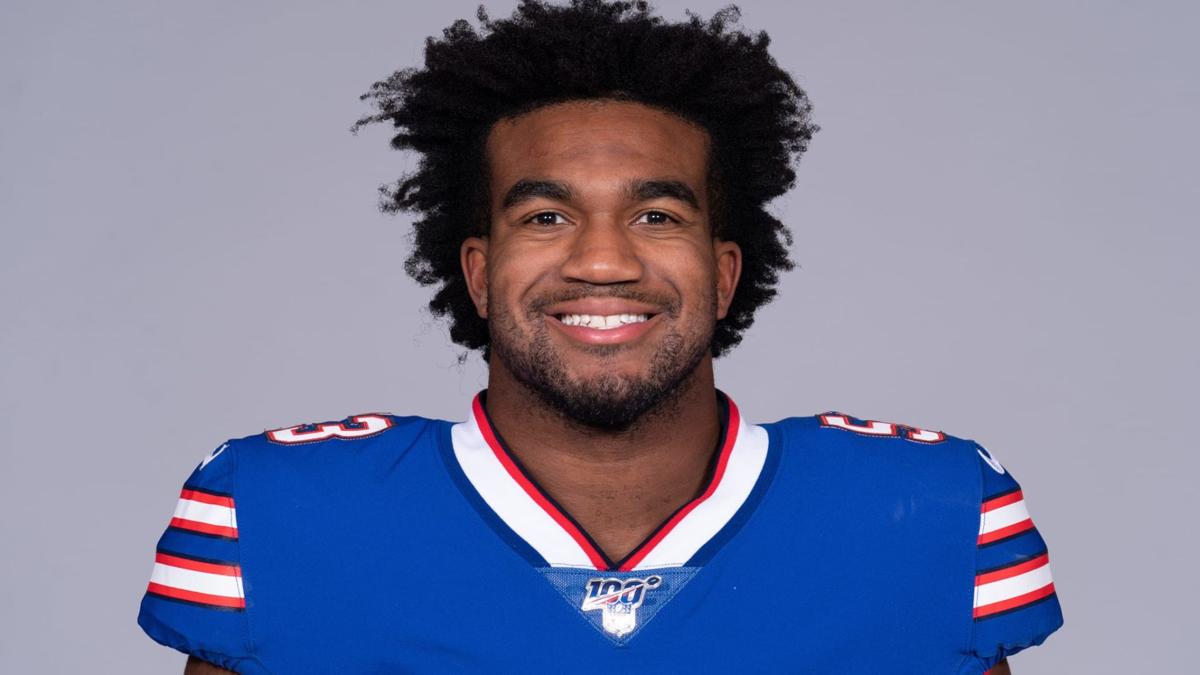 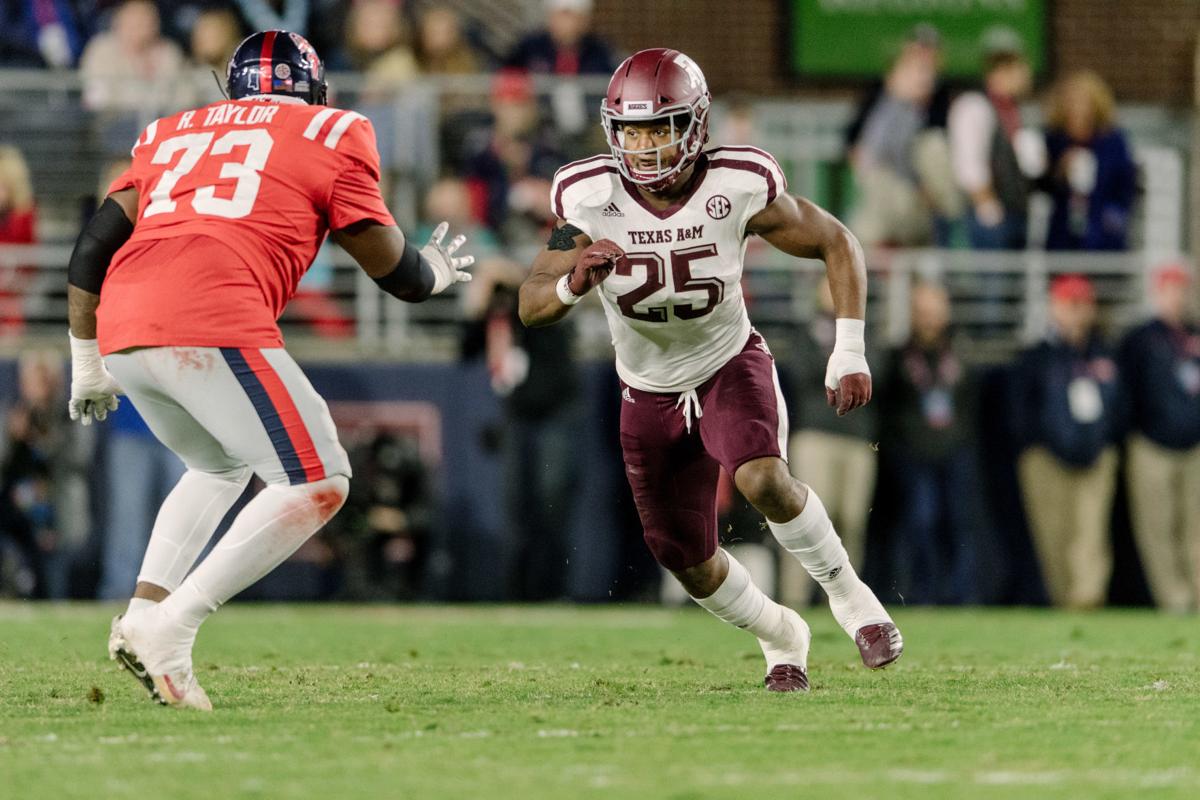 Tyrel Dodson played three seasons at Texas A&M and racked up 202 tackles, including 19.5 for losses. 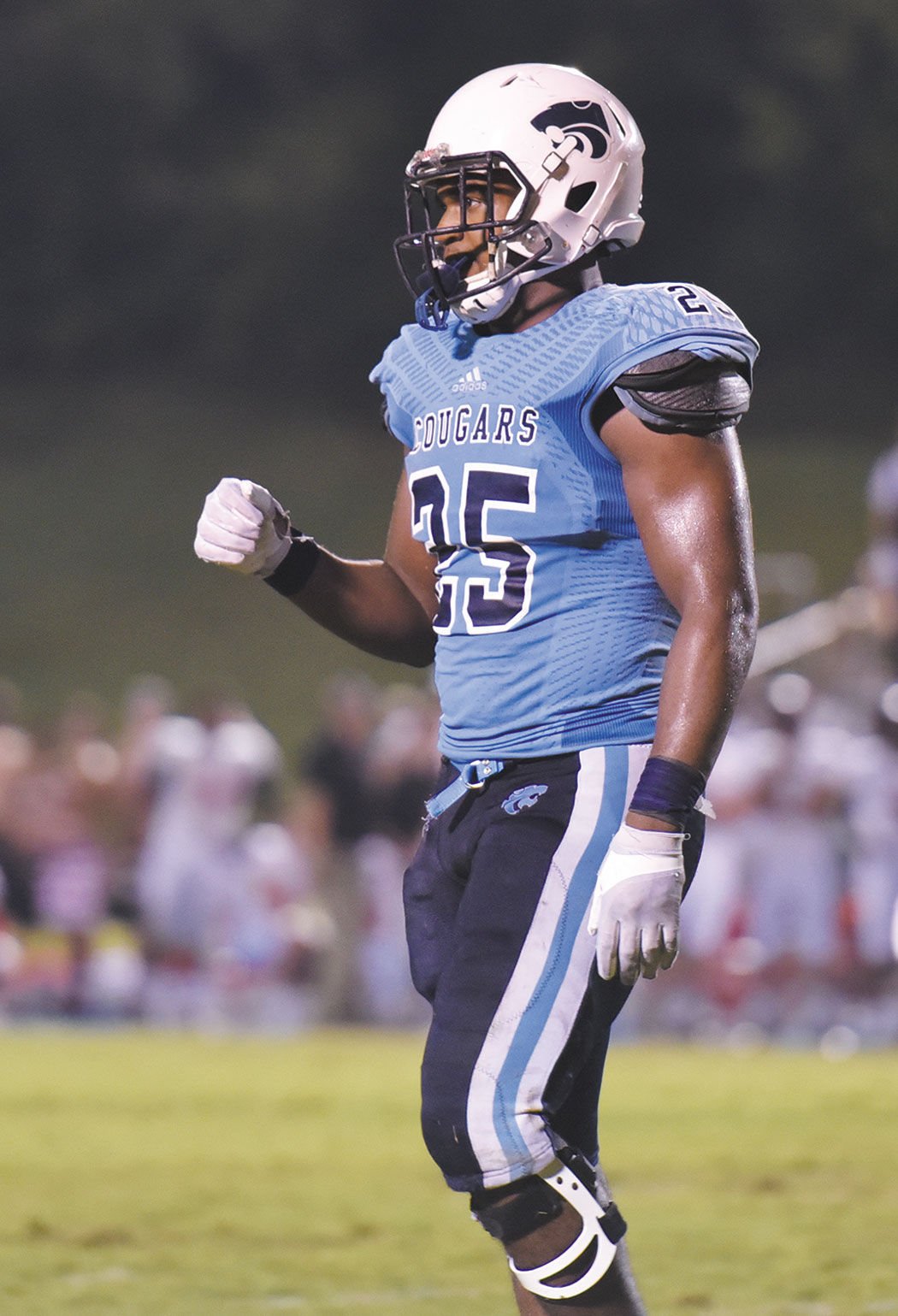 Tyrel Dodson guided Centennial to the Class 5A semifinals for the first time and was named a Mr. Football winner in 2015. 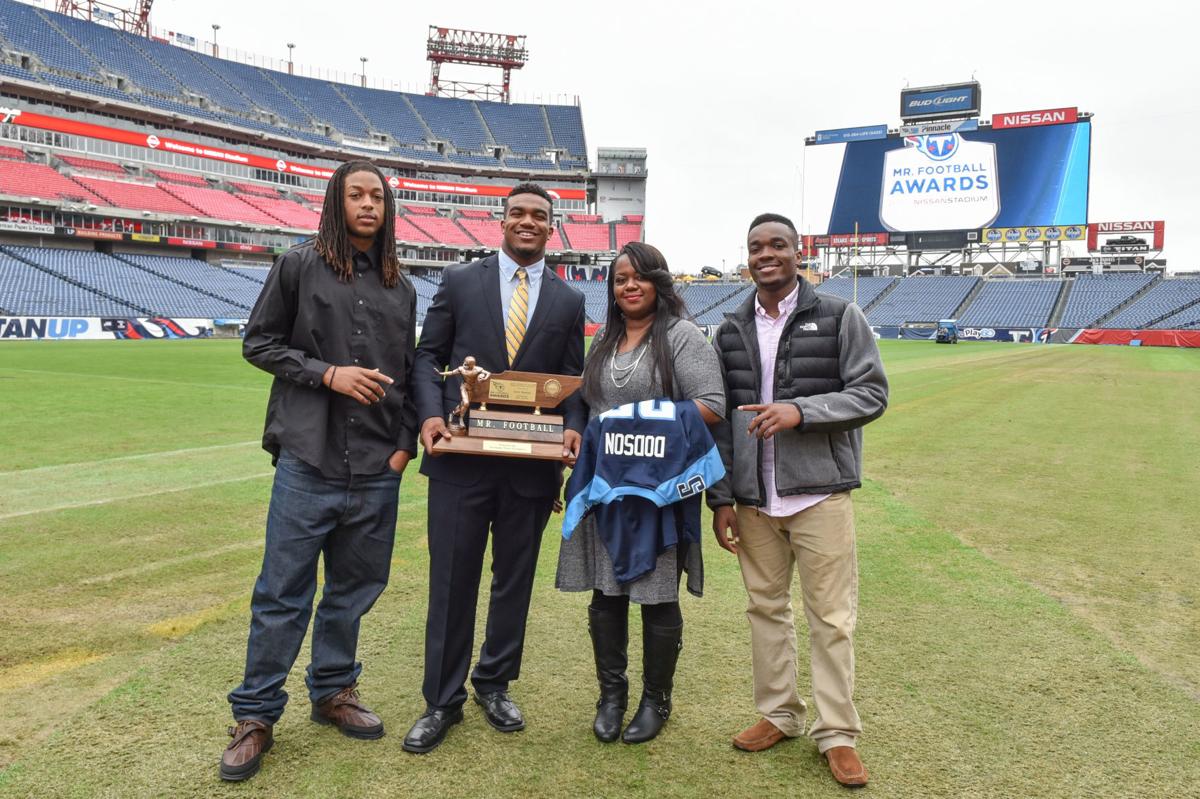 Tyrel Dodson was a Mr. Football winner in 2015.

Tyrel Dodson played three seasons at Texas A&M and racked up 202 tackles, including 19.5 for losses.

Tyrel Dodson guided Centennial to the Class 5A semifinals for the first time and was named a Mr. Football winner in 2015.

Tyrel Dodson was a Mr. Football winner in 2015.

The undrafted rookie out of Texas A&M was signed by the Buffalo Bills, had to overcome a league suspension and ultimately landed on the Bills’ practice squad in his quest for NFL stardom.

Now, as he prepares for a training camp unlike any other, Dodson shared some of his thoughts about the nation’s current racial climate while recalling earlier years of playing football in Franklin and in College Station.

“We’re all facing some tough times right now,” he said. “It’s hard to comprehend it all. … I know this movement isn’t going to just go away anytime soon. This is the time to make real changes for the better.”

Dodson, who is in Franklin training, is the latest to take part in the Williamson County sports Q&A.

Pulliam: What are your thoughts and feelings when you look outside and see protests across our nation?

Dodson: “As an African American, I have a lot of feelings going on right now. I guess my main feeling right now is I’m kinda confused, you know, but also, I’m angry.

“It’s very frustrating and very disappointing that us as Americans — we are not doing what we’re supposed to do in the right way, you know? Like my mom always preached, there’s no gray area in light and wrong.

“You’re either damn right or damn wrong. All races, all have shown different kinds of racism. That has to change and transform.”

Pulliam: You said you were angry as well?

“I just feel a lot right now. I think growing up in a diverse population at Centennial — we have Hispanics, we have blacks and we have all different kinds of races — and my football team was the same way. You find ways to work together. And really, what it comes down to is hate can’t heal hate, only love can.”

Pulliam: Do you have anything to add that you think people should be doing right now?

Dodson: “I think as a country we all have to move forward. You need every single person to make it work. We need to find a way to grow with each other and I know it’s tough to think about everyone doing this, like maybe it’s a pipe dream to think that, but no matter what, we can make this country better by trying.

"Coming together is just like a football team. When everyone is on the same page working together, you’re killing it on the field. I think in America, sadly, it might not happen, but it’s what I want and what I’m hoping for.”

Pulliam: You mentioned football a couple times, and that’s another topic I’d like to hear about. I mean, you’re still grinding on your own. What’s it going to take for Tyrel Dodson to make that 53-man roster in Buffalo?

Dodson: “It’s going to take what I’ve always done my entire life, just working my hardest every single day and just do my job. I need that survival of the fittest mindset. We’re going to see a lot of Dodson this year and hopefully for the next 10-plus years down the road.”

Pulliam: I saw you shared some of your goals on social media. Tell us more about those goals and how you plan on reaching them?

Dodson: “You have to take baby steps to reach the top of the mountain. So, of course, make the 53-man roster. That’s my main goal. I want to show everyone what I’m capable of. I want to be the best special teams player I can be and show my coaches by doing my job that I can come into the role of being a starting linebacker and just keep moving.

“It’s going to take a lot of grit, a lot of grind because the NFL is not easy, but I’m looking forward to it. I’m at my best mentally, better than I’ve ever been in my whole entire life.

“I feel some kind of energy behind the motivation I have right now. It’s just like it’s a special time right now for my family and me, and I’m just going to do my best to put Franklin, Tennessee, on the map.”

Pulliam: What have you learned from being within the Buffalo Bills organization the last year?

Dodson: “I learned a lot, and just to maintain professionalism at all times. You can never think you’re invincible. Everyone’s going to go through trials and tribulations, and I know to not think that just because of the struggle, that doesn’t mean it’s never going to happen.

Pulliam: You and your mom share a special relationship. She’s always been your rock. What’s that relationship mean to you?

Dodson: “Growing up, my mom was my dad and my mom. We have that special connection where I can sit down and talk to her about anything. She’s been the most helpful person I know.

“She worked two, three jobs for us when I was growing up. She’s my rock, like you said, and I can’t wait to truly make her happy. Well, I hope I am making her happy, but I can’t wait to put her in a house that she’s always dreamed of. That’s what I’m working for right now.”

Pulliam: Let’s talk about some of those early days. How did a young Tyrel Dodson take up football?

Dodson: “I think I was 7 or 8 and we lived in Spring Hill. I always played football with my older brothers and their friends, and one day I was just killing it. I mean, killing it. Since that day, I always thought, you know, I could do this.”

Dodson: “Oh, man, I guess one game that really pops up is that playoff game against Southwind. I think that’s a game where I felt like I really grew into a man.

Pulliam: What about a favorite moment from your time at Texas A&M in College Station?

Dodson: “I think that Florida game, when we played in Gainesville. We had just lost to Alabama and I had one of my best games then, with 17 tackles, but that Florida game just produced a different kind of energy.

“We were all just pissed off. I was pissed off. We came together as a team and I was able to come away with that pick to seal the game. That was a fun one.”

Pulliam: What advice do you have for the younger athletes who had their seasons cut short this year because of the pandemic?

Dodson: “You have to just approach every day like it’s your last. I try to do everything I do like it could be the last time I’m doing it, because you never know when it’s going to be your last day.

“I actually talked with the team at Centennial last month and talked about that and also how they should use this time to better themselves. Read a book, find ways to improve mentally and get your head right. If you’re not flexible enough, take 10 minutes a day and work on stretching. Use the time.”

Read about how former Brentwood boys' basketball coach Dennis King is embracing retirement and relive some of his biggest memories with the Bruins in last week's Q&A here.