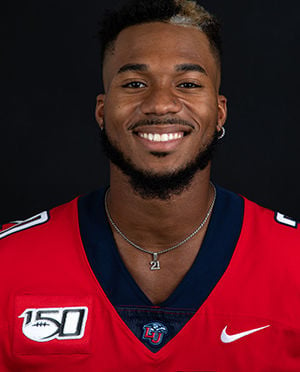 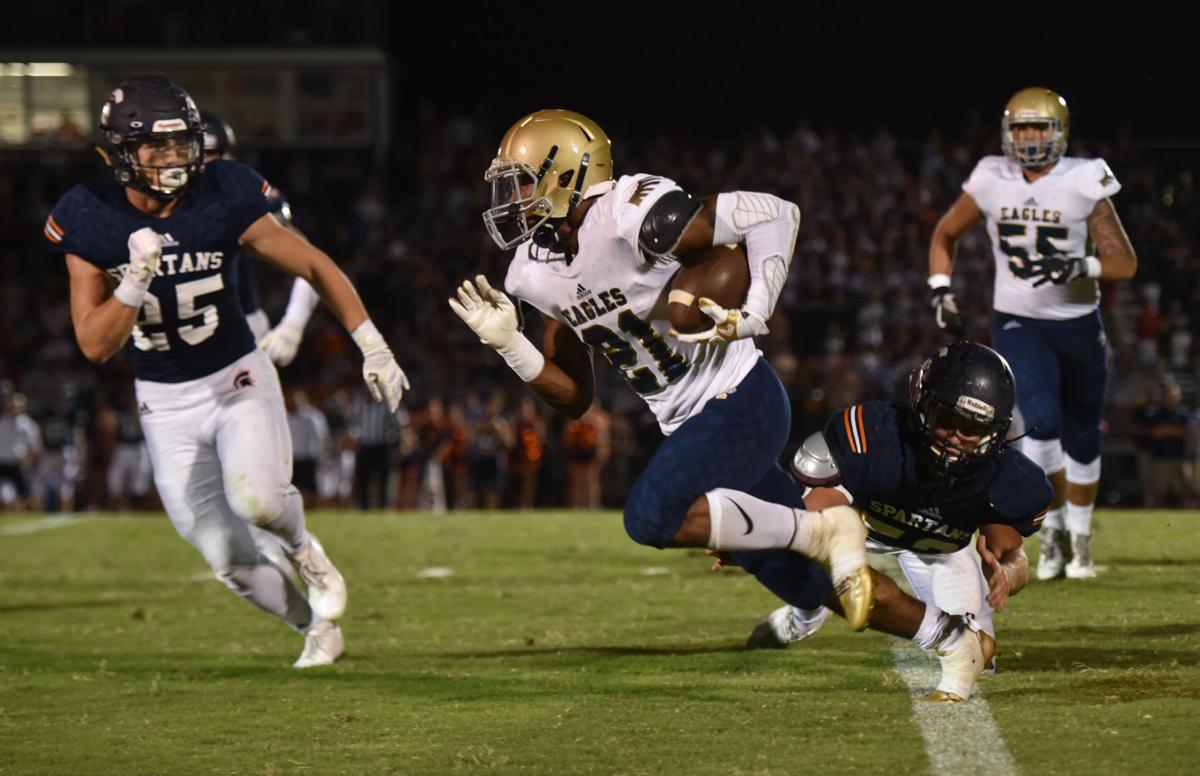 As he plans to build on the momentum from his redshirt freshman season under his first-year coach, Troy Henderson will return to a tense situation at Liberty University.

The former Independence football standout has seen two of his teammates announce this week that they have placed their names in the NCAA transfer portal in reaction to their concerns regarding the racial and cultural aspects of school leadership.

Sophomore defensive backs Tayvion Land and Kei’Trel Clark, in separate Twitter messages, confirmed their decisions Monday to leave the Liberty program. The university stated that inappropriate comments by a school professor – who has since been dismissed — contributed to their decisions.

“I don’t think it’s my place to speak on it right now,” Henderson said. “It just recently happened. It’s a sensitive topic.”

Recently, more than 30 Liberty alumni expressed public displeasure over a tweet in May by president Jerry Falwell Jr. In the tweet, Falwell stated his opposition to Virginia Governor Ralph Northam’s mask mandate in light of the ongoing coronavirus pandemic “until I decided to design my own”. With the tweet, he posted a picture of a person in a blackface and a second of a person in a Ku Klux Klan robe. The picture, which originally appeared in Northam’s medical yearbook, nearly forced the governor from office when it became public last year.

Falwell apologized for the tweet earlier this month, saying “I actually refreshed the trauma that image had caused and offended some by using the image to make a political point.”

Along with Land and Clark, Asia Todd recently left the Liberty women’s basketball program, citing the campus climate in her decision.

“As far as me making any moves, I don’t think that’s going to be anything I’m thinking about right now, until something else happens,” Henderson said.

From a football perspective, Henderson is encouraged – but not satisfied — by the campaign he had under new coach Hugh Freeze and co-offensive coordinator Kent Austin, a former high school standout at Brentwood Academy.

This image has an empty alt attribute; its file name is henderson-troy-2019.jpg

“I’m unsatisfied. I’m always going to be unsatisfied, always going to feel like I want to do more,” said Henderson, who played in eight games last fall. In those eight contests, he rushed for 87 yards and a touchdown on 10 carries, caught three passes for 33 yards and a pair of scores and had 61 yards on three kickoff returns.

“I’m eager to see what the future holds,” he said. “We’ve got a lot of weapons, a lot of potential on the team. I’m going to get in where I fit in.”

In two seasons at Independence, Henderson rushed for 2,355 yards and 40 touchdowns, helping the Eagles to the Class 5A state finals his junior season and to the second round of the Class 6A state playoffs as a senior. He signed with Liberty and then-coach Turner Gill over offers from Elon and Tennessee-Martin.

Following his redshirt year in 2018, Gill was dismissed and Freeze was brought on board, with the Flames putting together an 8-5 season. The campaign culminated in a Cure Bowl victory over Georgia Southern in the program’s second season of FBS bowl eligibility.

“It was an upgrade for me,” Henderson said of the coaching change. “I feel like I’ve got a coaching staff that truly understands the game of football, that was 100 percent locked in to what we needed as a team, not just individually. I also feel like they changed the culture a little and made it a lot more ‘homey’, a lot more family oriented.

“You can tell the team is all working (toward) one goal. Everybody’s out there with passion, wanting to work hard, people that wanted to stay over later in practice and do extra work. It’s not a place you don’t want to be.”

With spring practice cut short by the coronavirus pandemic, Henderson’s just ready to return to the Lynchburg, Va., campus and get back to work – while putting non-football issues to the side.

“I can’t say I’m concerned,” he said of the campus climate. “Regardless of where I go, I’m going to experience something like that. It doesn’t matter what school I would have gone to, there’s always something like that to happen. It’s not new. People think it’s new. It’s a lot more vocalized – it’s video, it’s cameras.