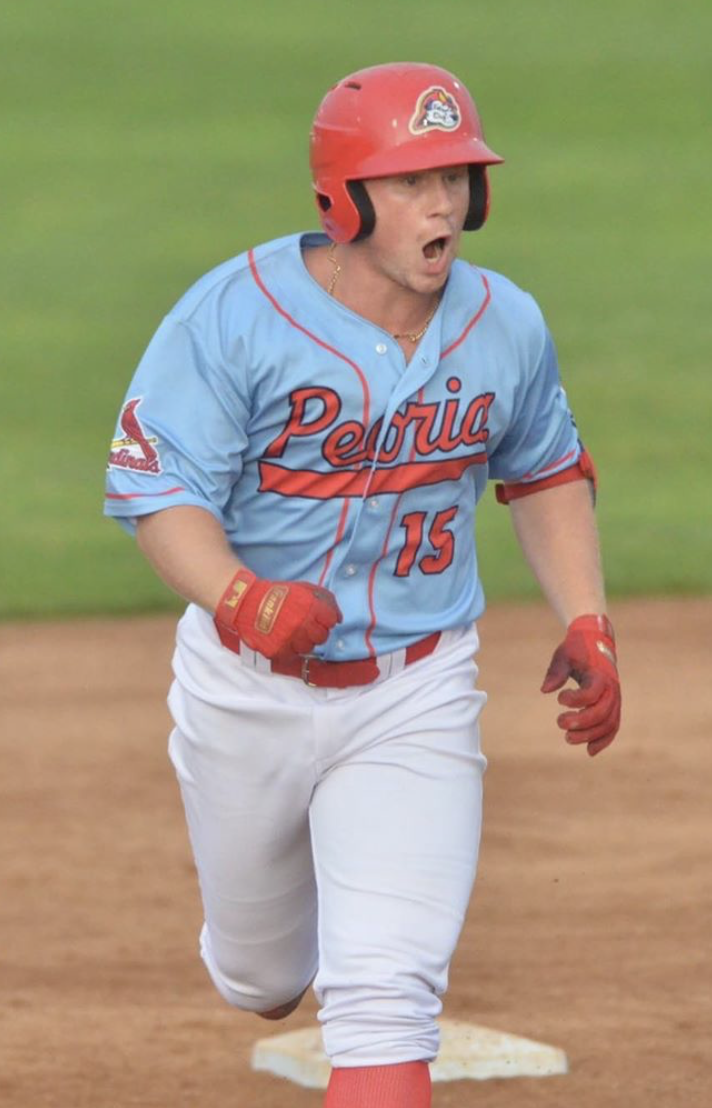 Bryce Denton has been playing baseball in the minor leagues since graduating from Ravenwood in 2015. 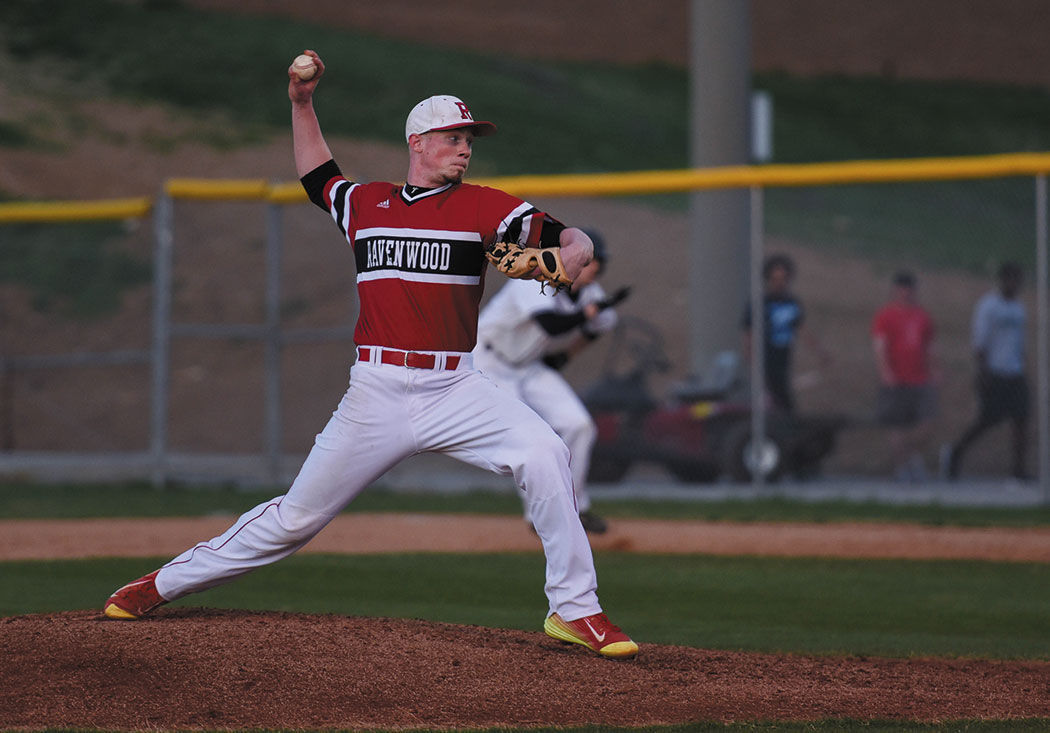 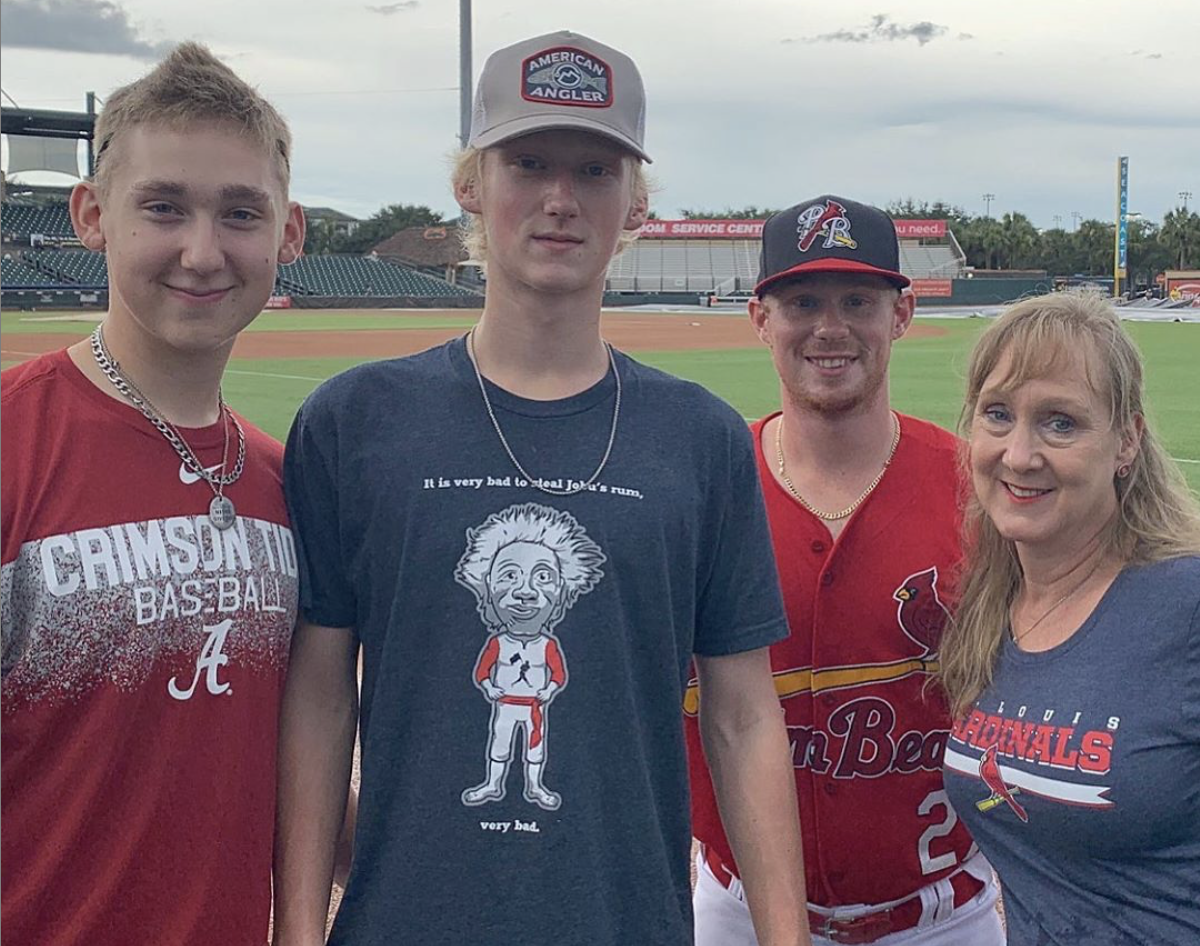 Bryce Denton stands with his mom, Traci, and brothers Myles and Zane after a game in 2019.

Bryce Denton has been playing baseball in the minor leagues since graduating from Ravenwood in 2015.

Bryce Denton stands with his mom, Traci, and brothers Myles and Zane after a game in 2019.

After several injuries have held back Bryce Denton, the now healthy former Ravenwood baseball standout is on hold again because of the COVID-19 pandemic.

“I know I’m fully ready to compete again,” said Denton, who has overcome a shoulder surgery and appendicitis in recent years. “Whenever we get back out there, I’m ready.

“This extra time, especially coming off of more rehab, it’s great for me, but I just want to get back out there."

The Denton’s are a family of baseball and all have played at Ravenwood. Bryce’s older brother Chase graduated in 2011, his younger brother Zane also spent four seasons as a Raptor and had a hot start to his freshman campaign at the University of Alabama before the season was canceled after 13 games. The youngest Denton, Myles, is a sophomore with the Raptors.

Bryce Denton, who was drafted in the second round 66th overall by St. Louis after leading Ravenwood to back-to-back state tournament appearances, took some time to take part in the latest Williamson County sports Q&A.

Pulliam: How are you handling these tough times and filling your days?

Denton: “Well, luckily for me I have two younger brothers and an older brother. We all play ball so we’re able to do stuff together and that definitely helps the competition side because we have each other to kind of compete against. We’re getting our work in, but I gotta say, I just miss baseball. I’m just waiting to be able to get back out there.”

Pulliam: This is a season that has a big buildup for you because of recent injuries. What are you expecting out of this season when you do get to play?

Denton: “I’ve been injured really the last three years. I had appendicitis in 2017 and in 2018 I tore my labrum. I had to have surgery on it and then last year, coming back from it, I came back pretty quickly and was ready for spring training, but then my arm started hurting me again. I really haven’t been able to stay in that compete mode as far as my health. As for the process of getting back, this year it started to click for me. I feel healthy. I feel strong and mindful and just ready to compete again. That fire of wanting to win and to compete at the highest level is definitely something that is back for me and it comes from being healthy. I'm extremely excited to have that feeling back.”

Pulliam: How have you been able to stay focused with these nagging injuries and setbacks?

Denton: “I would say I’m not that great at it. I’ve had my struggles with the mental side of it and just trying to stay consistent day-to-day, but it’s just something I’ve had to keep dealing with as with any new experience. This time not be able to play as well as I know I could has really helped me appreciate how much I love the little things of the game, the preparation and everything like that.”

Pulliam: Expand on that mental side of things. How do you overcome the negativity?

Denton: “When you deal with failure over and over again, it’s tough, but at the same time, I know something just wasn’t right and something needs to be fixed in my body. It’s just frustrating really. It’s been tough, but I must say it’s exciting to be past this. I’m lighter than I was last year, and I think that’s good. I weighed about 220 for camp last year and I felt heavy on my feet really. I’m back to about 200 now, right where I need to be to help stay healthy throughout the season. I think my body is ready.”

Baseball: Ravenwood's Denton has a month to choose between pros and college

Pulliam: What’s this overall experience been like? In 2015 when you signed, you were a recent high school graduate with a Vanderbilt commitment who was drafted by your all-time favorite team in the Cardinals.

Denton: “Unbelievable really. I was so unaware of what I was getting into in the minors. I grew up such a big Cardinals fan, that when presented with the opportunity to go play for that organization, I was going to do that in an instant. At the time, though, I really didn’t know what I was getting into with the minor leagues and all the different levels. It’s hard to prepare for that anyway. You really just have to embrace the common theme, that everyone in the dugout loves baseball. At all levels, that’s just fantastic. From Johnson City to the Florida State League to the Midwest league, I’ve been able to travel all over playing the game I love. That’s why I’m working so hard now, to get back out there.”

Pulliam: There’s Chase, Zane and Myles – how important is your relationship with your brothers?

Denton: “Myles is 16 now and he’s the youngest. He’s pretty grown up, so it’s awesome that we all are kind of grown up now. I want them to be the best they can be as well. My brothers help so much, especially now. I mean, who else could I go throw with or who could throw batting practice and hit grounders. It’s fun and I’m very fortunate they are here and with me. We love baseball.”

Pulliam: What was that camaraderie with your brothers like when you were younger? I know your dad, Denny, was always a major influence for you guys.

Denton: “After school we would go straight to Crockett Park about three times a week. I mean, somebody would normally be crying by the end of it. Somebody would be the big winner of the day or having the best day. Somebody would just be mad sometimes, but it was always just a big competition. We’d have ground ball competitions – who could do 10 in a row right. Homers challenges and more. My dad was borderline crazy about it. He was our constant and always pushed us.”

Pulliam: Your dad pushed you guys all from an early age and you have all found success in baseball. What are some of the lessons he’s taught you that you keep with you today?

Denton: “I think he kinda instilled this it’s-never-good-enough attitude. There’s always something more you could be doing. I remember growing up and when I was 12-years-old, I hit 60 homers that season. My dad had everyone of them written down in his notes. Say I’d go 2-for-3 with two homers, he’d write down what I didn’t do to get that one out and we’d talk about it. There’s always ways to improve and get better. He loved the game. He spent so much time out there with us and just loved baseball. Just talking about it now, man, I miss it.”

Pulliam: Looking back at your time at Ravenwood, what are some big memories that stand out?

Denton: “Winning that district championship as a junior was probably the biggest memories for me. I had been out there on the mound the season before and felt like I let my friends and teammates down, so coming back that next year and getting to pitch that whole game and winning was something special. I needed that one. Really, thinking back at that group. My whole senior class – we had 11 guys. Nine of them went to Woodland, so from the seventh grade on up, we were together. Our chemistry those last two years, that was some of the most pure baseball type of chemistry I’ve ever had and we were all good. Micah Kaczor is pitching with the Rockies organization now, Hagan Severance played for Belmont, Darrell Freeman spent four years at MTSU, we had Matthew Dudas, three years at Murray State, Drew Haynie, who played at ETSU last year. We had a ton of guys who genuinely cared for each other and played some great baseball. Those were great times.”