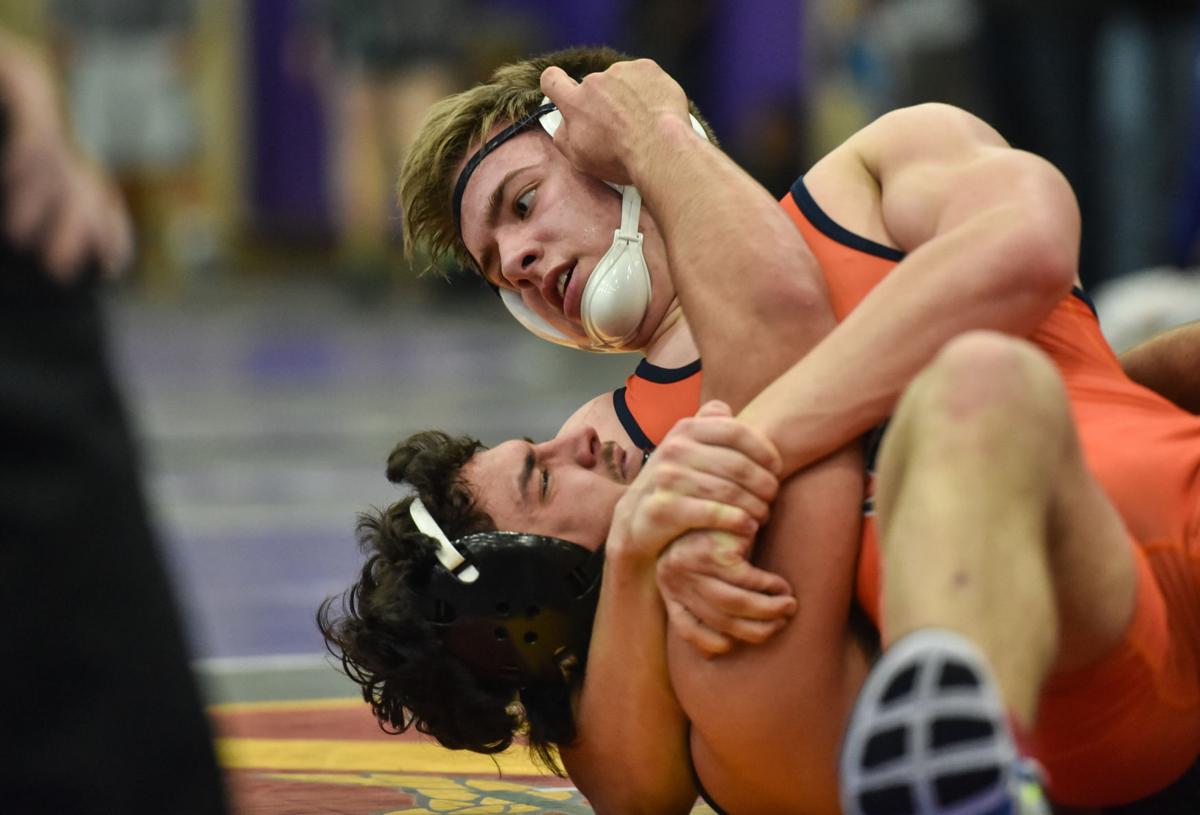 Sawyer Knott, a two-time Class AAA state medalist at Summit High School, just wrapped up his first year of a two-year mission through his church in the Netherlands. Knott is the latest featured in the Williamson County sports Q&A series. 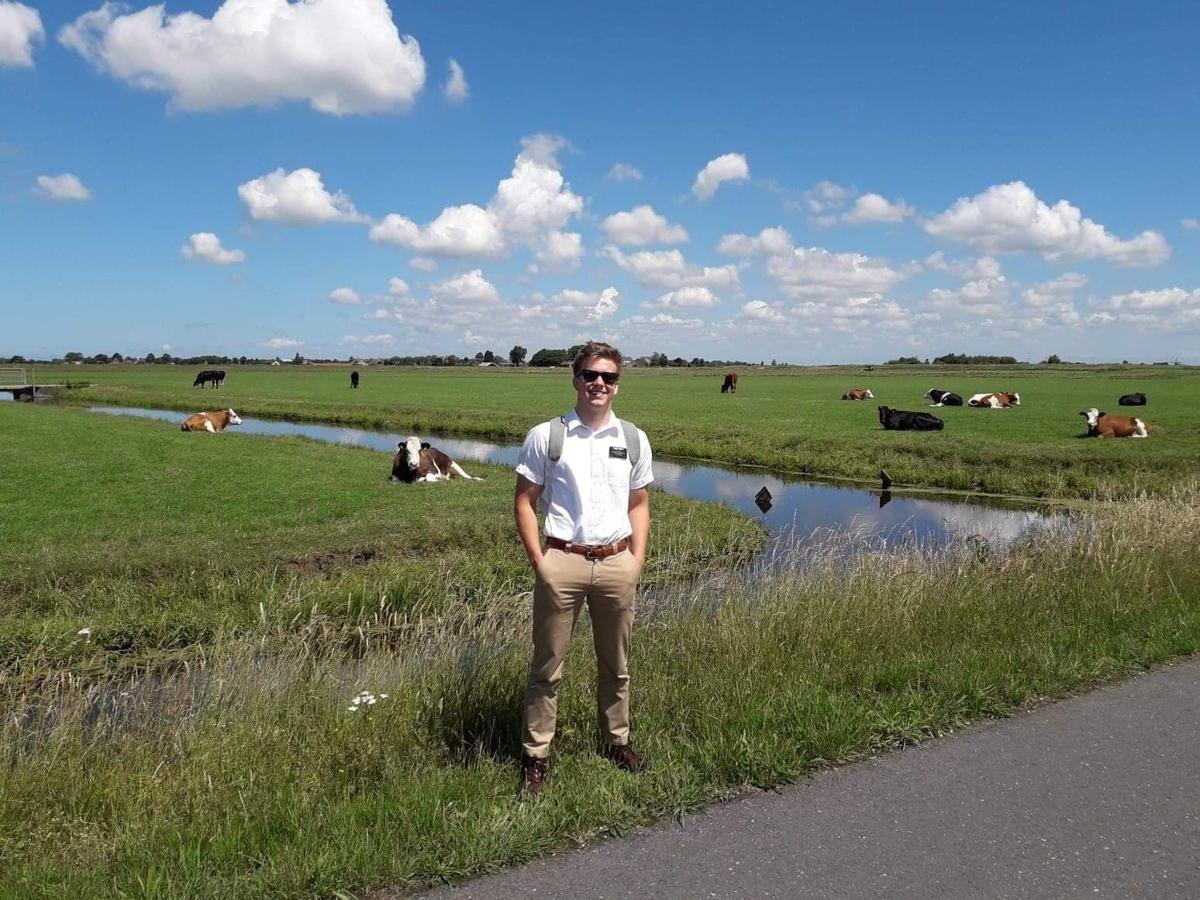 Knott poses in the Netherlands earlier this year. His two-year mission overseas reached it's halfway point early this month. 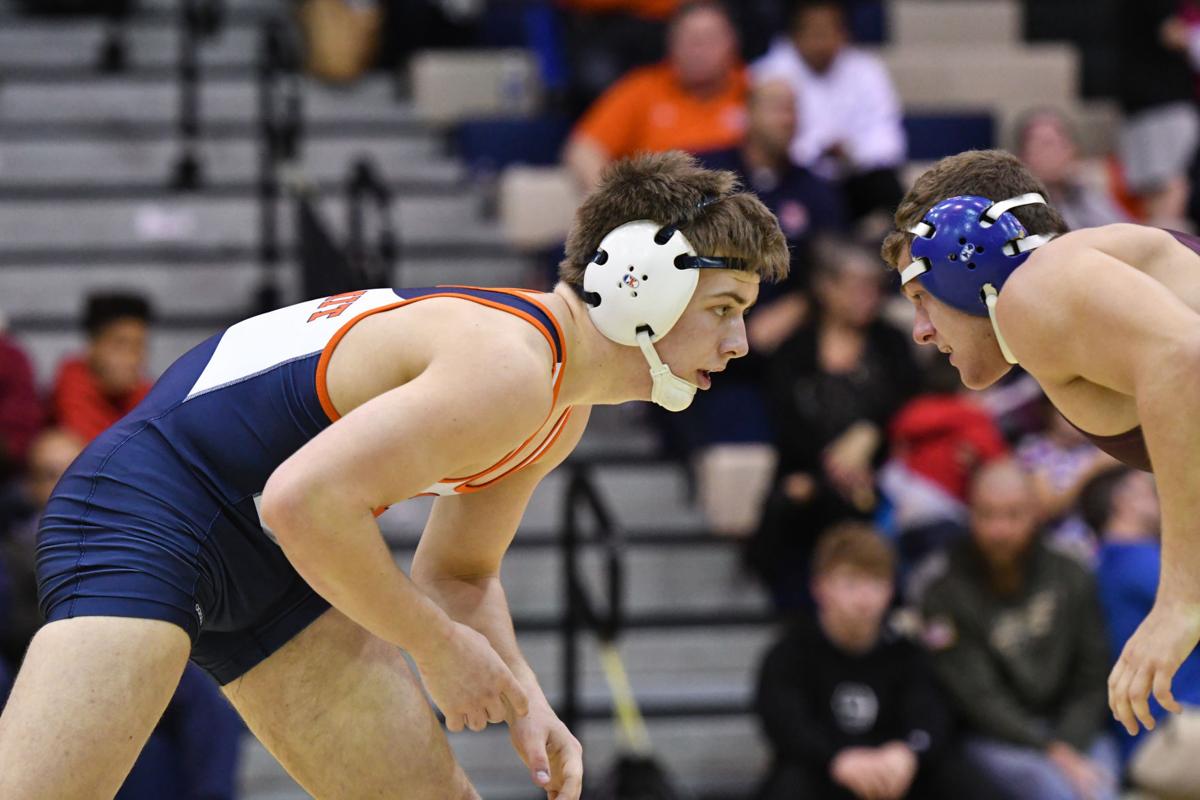 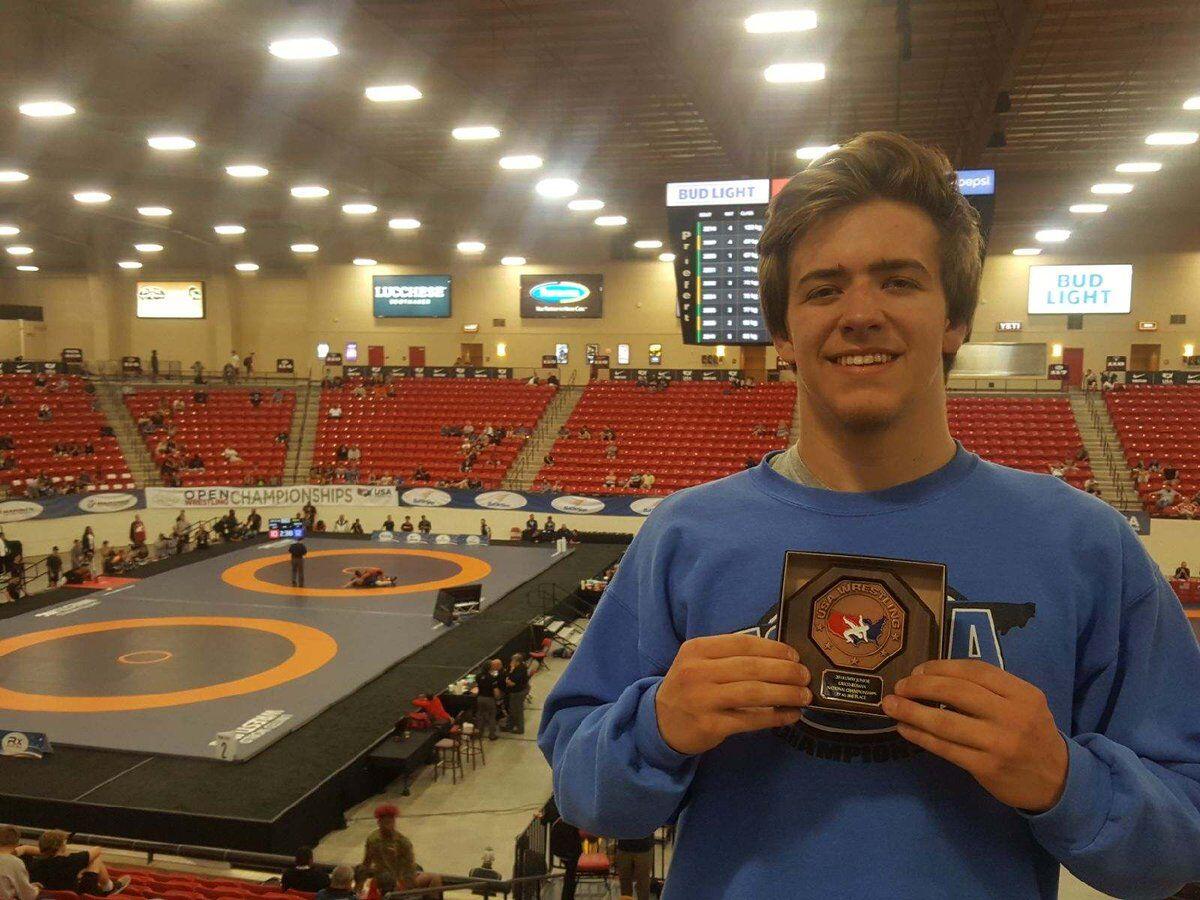 Sawyer Knott, a two-time Class AAA state medalist at Summit High School, just wrapped up his first year of a two-year mission through his church in the Netherlands. Knott is the latest featured in the Williamson County sports Q&A series.

Knott poses in the Netherlands earlier this year. His two-year mission overseas reached it's halfway point early this month.

The former Summit High School wrestling standout and two-time state medalist has placed his wrestling career on hold, but he plans to return to the mats when he can.

Before leaving the States, Knott turned heads competing among the nation’s best 17- to 21-year-olds in the Greco-Roman junior nationals. He earned All-American status and finished sixth overall, at 77 KG, in the 2019 Marine Corps U.S. Open in Las Vegas in April of 2019.

“I knew I wanted to go on a mission, so I didn’t really commit to one school, but I was working with Utah Valley University to be a part of a wrestling room,” Knott said. “I’m still heavily considering trying to wrestle for them again after the mission, so I’ve been staying in contact and trying to stay in shape the best I can.

“Wrestling isn’t the biggest here in the Netherlands, but while being a missionary for my church, I’m not supposed to be doing any super-intense sports anyway to avoid injury.”

Knott, who is living in a province of South Holland, Netherlands, in the city of Leiden, took some time to share some of his experiences in the latest Williamson County sports Q&A.

Pulliam: I understand you just wrapped up your first year of your mission. Where have you been and how are you doing?

Knott: “So, I’m living in the Netherlands right now, but I was also in Belgium. I was living in Brussels for about six months before this. I’m doing great. It’s crazy how time has flown by, but a lot of what we normally do has been on hold because of the coronavirus, naturally. We are still doing a lot of work on Facebook.”

Pulliam: How has the pandemic affected your day-to-day life?

Knott: “As a missionary for the Church of Jesus Christ of Latter-Day Saints — I think a lot of people in the South there just refer to it as the Mormon church — but as missionaries, our whole job is to just talk to people, literally anyone who will listen.

“We’ll go down the streets and try to talk to people, knock on doors, as I’m sure many of you know, but as the virus started, we weren’t really able to do that anymore.

“Our whole day is based on these face-to-face interactions, so we’ve been trying to adjust and actually found out connecting with people on social media like Facebook is actually a great tool, so we have been busy making pages for our church here in the Netherlands to reach people.

“I think we have had a lot of success responding to comments and finding interested people through Facebook. It’s been a great tool.”

Pulliam: How have you stayed focused and motivated in these trying times?

Knott: “This all has been a pretty big faith builder for me to see how much things might try to stop what God wants to do, but see how much it actually helps bring people together. Even though there’s a ton of bad things going on, there’s still at least a larger plan at work.”

Pulliam: Before this trip, I know you were busy trying to compete in as many tournaments as possible. What were you up to after graduating in 2018?

Knott: “I went to Utah Valley State after I graduated that summer. I was living in Provo and Utah Valley had a wrestling team there, so I attended their practices and trained with them even though I wasn’t technically part of the team.

“Overall, it was a pretty strange time for me. It was the first time I was out on my own and I still wanted to be competitive as well. I think my biggest success in that time was not placing at these tournaments, but just being competitive at that level while still being out on my own.

“It wasn’t like I was part of the team, so I didn’t have an actual coach because they weren’t legally allowed to coach me in those tournaments.

“I wasn’t able to travel with the team either, so I’d practice with them and then I’d have to find my way to get to the tournament on my own. I didn’t have a room paid for me or anything earlier, and let’s just say cutting weight was interesting on my own. It all really taught me how to be self-reliant and how to do it all on my own.”

Pulliam: In terms of your style of wrestling, the Greco-Roman competition, how did that become your focus?

Knott: “I got into freestyle and then Greco in like the seventh grade. I’d never heard of it before Coach (Pete) Miller showed up. I think it was his first year at Spring Station and that’s when I was just like, ‘Oh, sweet, there’s even more styles of wrestling!’

“I love the sport so much, I wanted to start doing it year-round, and with these other styles, I realized I could wrestle throughout the year, so I quit football at that point because wrestling year-round was just more fun for me.

“I chose Greco over all the others because the throws. Those are the ones you see on all the wrestling highlights and the throws just always appealed to me. I thought they were super cool and it made Greco really stand out to me. It’s a lot more fast-paced, too, and I think more exciting.”

Pulliam: Are you able to wrestle or train at all currently? How are you staying in shape?

Knott: “I am trying to stay in shape, though probably not as well as I should be. Sadly, I’m not able to get on the mats while I’m out here because wrestling isn’t the biggest in the Netherlands and as a missionary, there are some rules.

“Intense sports, like wrestling or football, aren’t allowed, to avoid injury. Trying to stay in shape, especially during the quarantine has been interesting. I really only work out in my apartment and I guess I’ve gotten really good at doing some homemade workouts.

“You have to be creative, so I’ll be doing reverse pull-ups underneath the table or something. You find creative ways around the apartment and, honestly, we created a game of crazy ways to do push-ups. It’s been a challenge, but fun also.”

Pulliam: What really stands out to you from your time on the mat?

Knott: “One of the things I have missed the most is the competition, just that competition of having someone who is the clear winner and a clear loser. I miss that little bit of fight you find inside of you.

“That competition and the people. You meet so many people and make so many friends through wrestling. It’s one of the things I love the most about the sport. I have so many friends I may or may not ever see again all over the country and world for that matter that I met through the sport. It’s like a big family and I know that sounds cheesy, but it’s true.”

For the first time in more than a decade, Fairview has a state wrestling champion.

Pulliam: Kind of switching gears, but being away from home, you have been able to view the U.S. with a different perspective. We are in the midst of some serious change and facing a lot of tough things beyond this global pandemic. What has it been like watching from a distance?

Knott: “I’d say seeing all the turmoil going on back home has been tough. There’s actually been a lot of pushback here, too.

“I thought it was kind of surprising at first how people in the Netherlands care about American politics, but it’s huge here.

“I feel like a lot of the talk is more about America, so, in a way, that’s given me a little bit more pride for being American even when people are just hating on the U.S. and how we can’t work together or something.

“I think it’s how different everyone is, is what makes America so great. We have so many different people. I think we should have a little bit more pride in some of the things we have already done, but we have to kind of be a better example as well. We are in this spotlight. I guess, being over here has given me a little bit of pride but also a little bit of embarrassment.”

Pulliam: Young athletes have missed seasons and there’s still a bunch of uncertainty surrounding the start of the fall sports as well. What kind of advice do you have for these high school athletes?

For the first time since he was 7 years old, Tony Kemp isn’t playing baseball in June.

Knott: “Just get as much of this as you can. Especially with this coronavirus, you never know when your next chance to compete will be. I know it’s hard, but take chances and don’t be shy. Try to do something big, do something bold and take it all on.

“You never know when you will get back on the football field, or back on the wrestling mat or basketball court. It could be your last day, so don’t ever take it for granted. Kids should take every chance they have and enjoy it if that’s what they love doing.”

Do you know of a former Williamson County sports star, coach or administrator you would like to hear more about? Email charles@williamsonherald.com to potentially suggest our next area sports figure for our Q&A series!