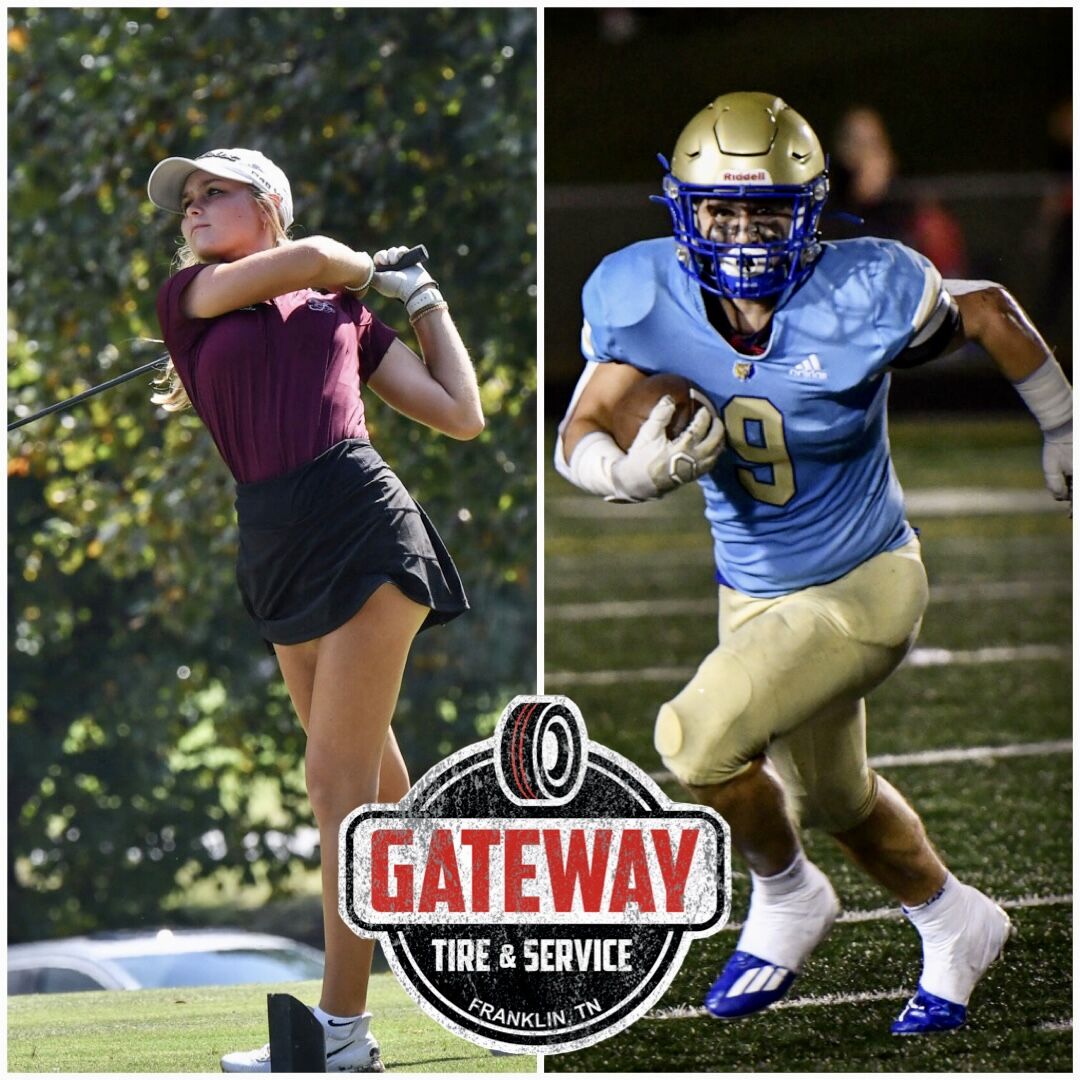 Franklin's Sophia DiPaolo and Brentwood's Scott Collins were named the Gateway Tire Athletes of the Week for the week ending Oct. 10, 2021. 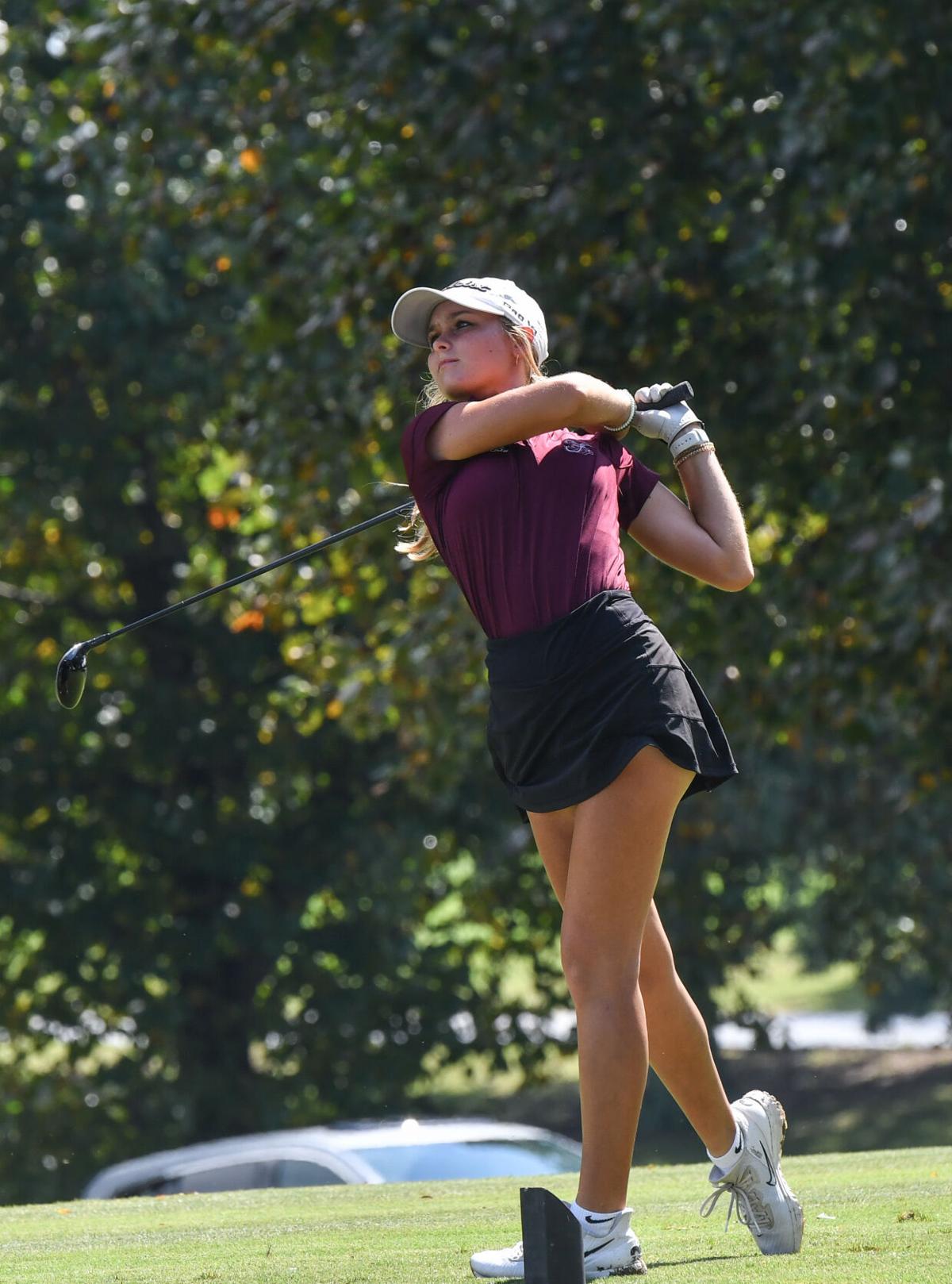 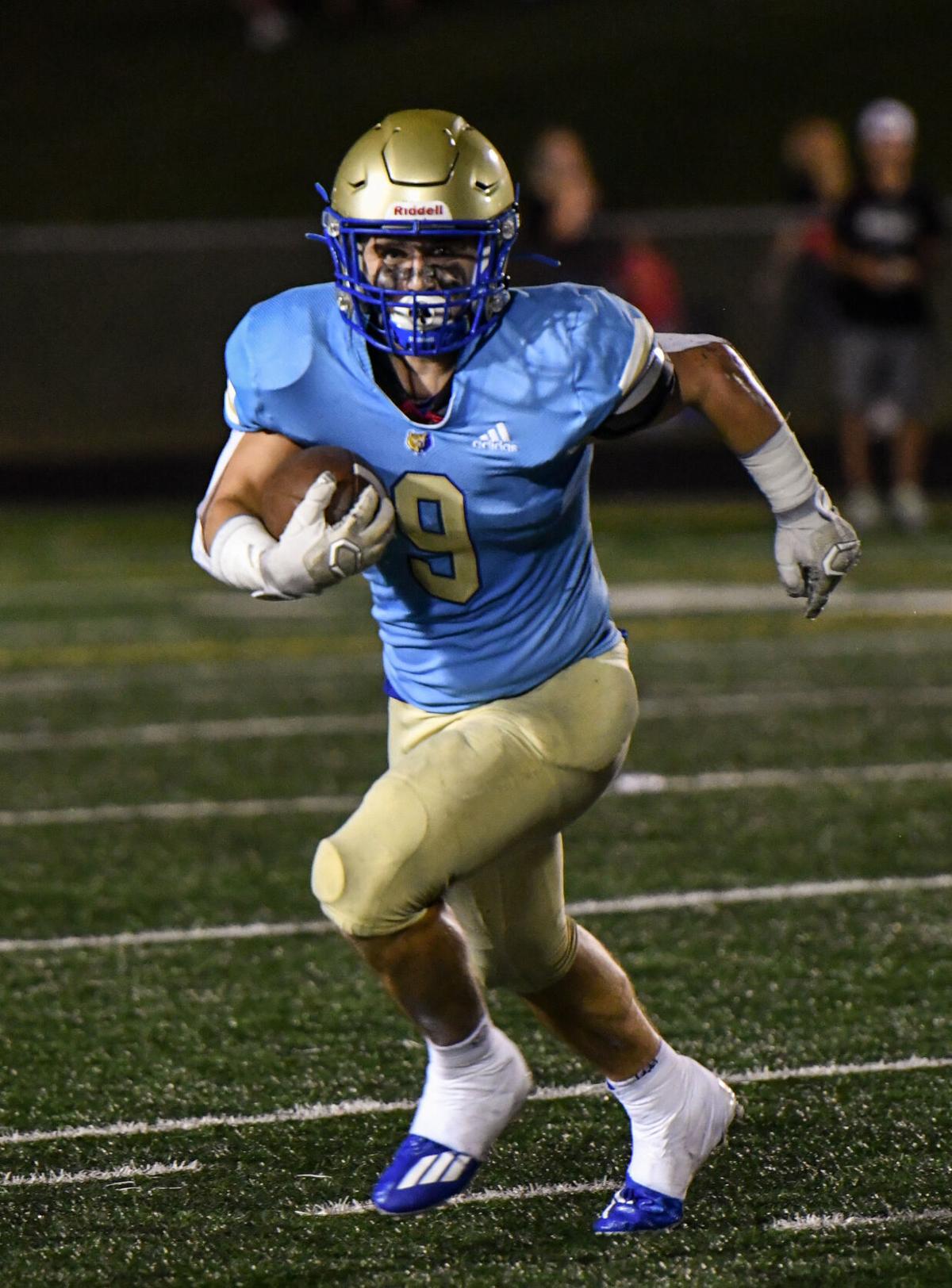 Franklin's Sophia DiPaolo and Brentwood's Scott Collins were named the Gateway Tire Athletes of the Week for the week ending Oct. 10, 2021.

The pair were chosen as part of the Athletes of the Week awards sponsored by Garth Bouldin of Gateway Tire & Service Center in Franklin. Each week, one male and one female athlete from Williamson County is selected and featured in the Williamson Herald throughout the school year.

In addition, both athletes will be recognized Monday night at 6 p.m. at Tamale Joe’s in Franklin as part of a live broadcast on WAKM highlighting the Gateway Tire Athletes of the Week.

Sophia DiPaolo is no stranger to the state tournament golf stage, and the Franklin High Scho…

DiPaolo became just the second individual female state golf champion at Franklin and she did it by firing a 4-under 136 (68-68) over two rounds to match the second-lowest two-day total in state history. Her 136 was two strokes off the state record.

“She showed how she is such an incredible talent in her journey to clinching the state title,” Franklin golf coach Jon Whipple said. “The joy of coaching is watching your players sharpen their skills and mental toughness with experiences and Sophia has both grown into an exceptional person and phenomenal athlete during her time at Franklin.”

DiPaolo won the District 11 championship by carding a 68 and had a 69 to win the Region 6 title for the second time late last month. She collected 13 birdies and played the four par-5 holes a whopping 5-under at state at the Sevierville Golf Club.

“She can hit any shot out on the course, but her preparation, confidence and ability to overcome adversity are a big part of her golf game,” Whipple said, adding how he’s excited to see her “get even better next year.”

Collins has emerged as the workhorse for the Brentwood football team and last week in a 42-7 win at Franklin was no exception. The senior running back turned four of his 14 carries into touchdowns and gained 89 yards rushing to lead the Bruins.

“We knew Scotty was going to be your feature guy this year and to be honest, we feel like he is getting stronger as the year goes on,” Brentwood football coach Clint Finch said. “We are really pleased with the way he is going through this year and it’s not just his ability to run the football, he does a great hob of catching the football and has turned into a really well-rounded player.”

Collins has rushed for 865 yards and 10 touchdowns this season, averaging 108.1 yards per game and 5.3 yards per carry. He’s also averaging about 22 yards receiving each game on three catches.

“He’s been steady for us all season,” Finch said. “He’s our workhorse.”

Brentwood returns to the field next week with a home game against Beech. The Bruins have won three games in a row, including back-to-back region games against Franklin and Independence.