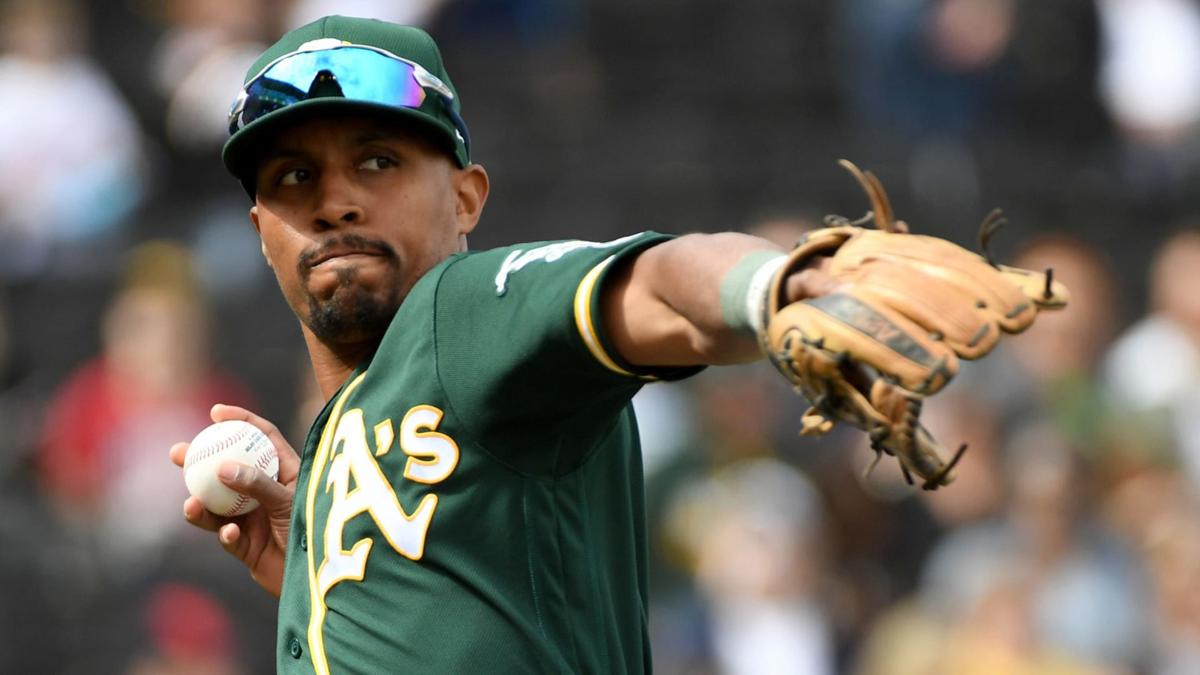 Tony Kemp of the Oakland Athletics took some time to take part in the latest Williamson County sports Q&A. Kemp was an All-State player at Centennial High School before playing at Vanderbilt. 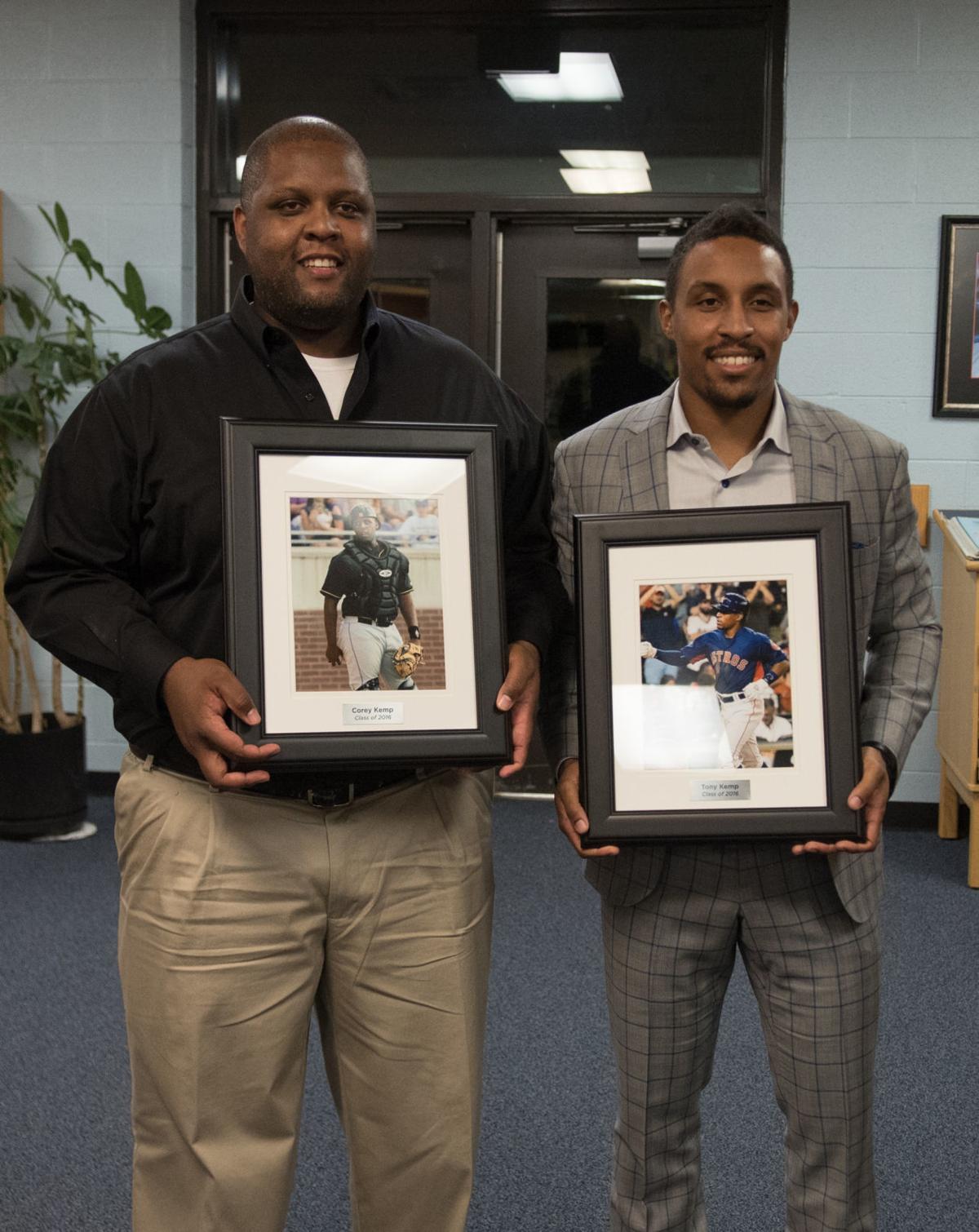 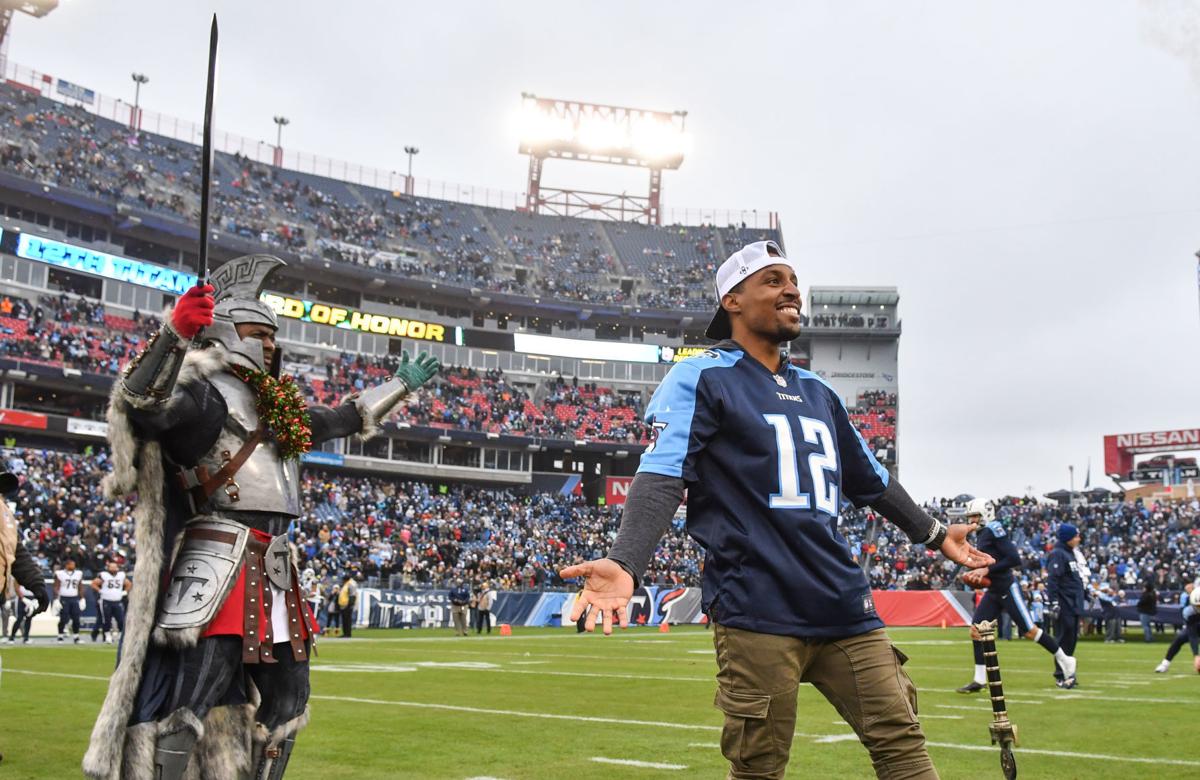 Tony Kemp returned to Nashville in 2017 as the 12th man when the Tennessee Titans played the Los Angeles Rams less than a month after the Houston Astros won the World Series. Kemp played 17 games for the Astros and was later awarded a World Series ring for his contributions. 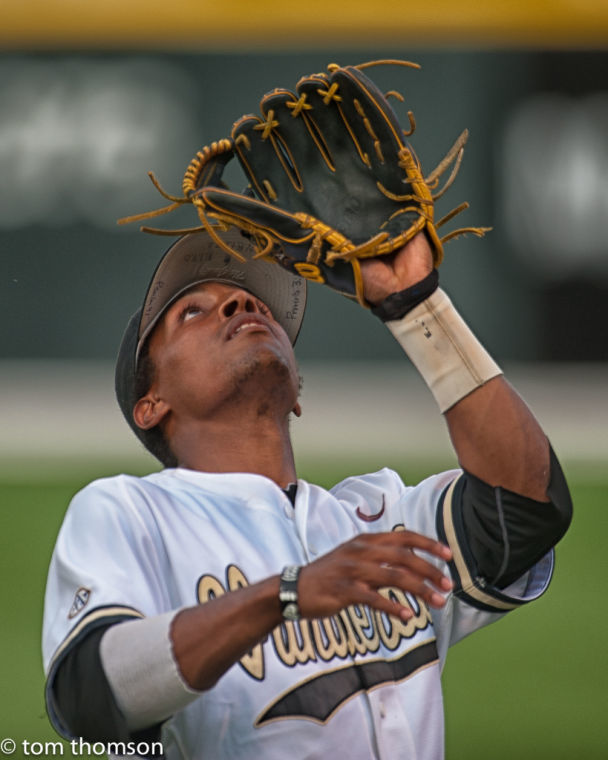 Tony Kemp was First Team All-American at Vanderbilt in 2013 and was recognized as the SEC Player of the Year.

Tony Kemp of the Oakland Athletics took some time to take part in the latest Williamson County sports Q&A. Kemp was an All-State player at Centennial High School before playing at Vanderbilt.

Tony Kemp returned to Nashville in 2017 as the 12th man when the Tennessee Titans played the Los Angeles Rams less than a month after the Houston Astros won the World Series. Kemp played 17 games for the Astros and was later awarded a World Series ring for his contributions.

Tony Kemp was First Team All-American at Vanderbilt in 2013 and was recognized as the SEC Player of the Year.

For the first time since he was 7 years old, Tony Kemp isn’t playing baseball in June.

While the former Centennial High School star and current Oakland Athletics second baseman has been off the field because of the COVID-19 pandemic, he has been using his platform to speak on racial issues gripping the nation.

“I think being able to have an open mind clears yourself up to other people’s point of views, which is important,” Kemp said. “Just because you’re changing your opinion, it doesn’t make you a hypocrite. It just means that you’re growing.”

The 28-year-old has been enjoying his extra time in the Nashville area with his wife, Michelle, as he prepares for a shortened Major League Baseball season. The league announced this week that baseball will return with a 60-game schedule and a start on either July 23 or July 24.

Franklin’s Tony Kemp might not be on the baseball field right now, but he is helping lead to…

Pulliam: How have you been filling your time?

Kemp: “I know of a lot of people who have been going through unemployment and some people going through the coronavirus and, honestly, I’m just blessed to be here and have a house in Nashville and enjoy my time with my wife and my dog.

“We’ve hung up a hammock, built a fire pit, got in the garden, but just being able to enjoy each other and be around my brothers has been really nice. I do miss baseball, but it’s not a bad transition to be able to be at home and spend some time you don’t normally get with your family.”

Pulliam: So many high schoolers and college kids lost seasons completely this year. What kind of advice do you have for those younger athletes?

Kemp: “Unfortunately, they’re getting a dosage of life in an early stage. Sometimes you can’t control things and it’s a valuable lesson to control what you can — control the controllables.

Pulliam: Over the past few weeks, you’ve been engaging in some really tough conversations about race and worked into this +1 Effect platform. Can you explain this movement and why it is important?

Kemp: “I just think the +1 Effect is something positive. If somebody comes at you with a certain point of view and all you do is share your real point of view and you’re able to change that person’s perspective for the better and open their mind up to a whole different point of view. Then you know that person might be able to take it to somebody else who has their old same point of view. And that kind of leads to this domino effect, and that’s how you start to see change.

“I’ve been warning people that you might lose friends in these uncomfortable conversations because once you have these conversations and say a Hispanic person is not around or a white person or black person is not around, you’re going to be the one defending that race. You have to be strong. I think that everybody understands what’s going on now and understands that change needs to happen and I’m just happy that we were able to start a campaign like this.”

Pulliam: These conversations can be exhausting, how have you been able to maintain these on social media and what has this experience been like for you?

Kemp: “My wife looked at me last week and just said, ‘You need to take two days where you don’t respond to anybody.’ I was physically and mentally and emotionally drained. I’m willing to have that sacrifice if it’s going to help somebody because you never know who’s behind that keyboard or who’s on the other end of the phone, but you try to be as genuine as you can and you try to be as real as you can. And again, you need to have an open mind to see their viewpoint as well.

“I was talking with one of my science teachers and saw some things on Facebook that I necessarily didn’t agree with and normally I would gloss over it, keep moving, but I went back and just explained where I was coming from and sent her a documentary to watch and educate herself further. She came back a couple days ago and apologized. She said she’s willing to change and she just didn’t know what she didn’t know.”

Pulliam: Transitioning to the baseball field, you have played in the National League and American League. What are some of the challenges and differences you’ve faced playing in both leagues?

Kemp: “They are two different leagues, especially being the utility player I am. The mindset is completely different starting in the NL versus when you’re not and double switches happen quick, so you have to be cognizant of how that pitcher is doing and how he’s feeling.

“In the AL, it’s a little bit of a slower process. You have some time. The pitcher doesn’t hit and you have a DH. It’s different both ways. But, honestly, in my opinion, I like the AL. I think it’s a better game. You have to face one more extra hitter who you know can do some damage against you.”

Pulliam: What are some of your favorite memories that come to mind from your time in the majors?

Kemp: “Honestly, I still pinch myself. I would say going back to 2016, the first time I really had my ‘Oh, my gosh, moment’ was when we were playing the Pirates. I was starting at second base in my first big league spring training and Andrew McCutchen smokes a double to left center gap and gets on second base and we’re kind of just chopping it up and talking on second base.

“I stepped away and kind of saw his last name on his jersey, and I paused and was like, ‘All right, you better snap out of it. You’re here, so let’s go.’ That’s one of those moments that I’ll always remember.

“Obviously, you remember the first time stepping on a big league field or playing the White Sox and Jose Altuve hits a sac fly for your first run scored and hitting a home run against the Red Sox in the ALCS to go ahead in Game 4 and, man, there’s just so many.

“The first time I stepped on Wrigley Field and the first time crossing the lines at Fenway. They were playing ‘Sweet Caroline’ and I was playing in center field. To just look around and see everybody singing and you’re on the field at Fenway, that’s a pretty special freaking moment."

Pulliam: What are some of the challenges that go with changing organizations like that?

Kemp: “You have to be professional about it and embrace the new spots. I think the Houston one was the hardest ever since I got drafted in 2013 there. Those are the guys I grinded with all the way to the big leagues. The challenges you face from new front offices to, you know, how are you going to gel with this new group of guys? It’s like making 25 new friends all over again.

“I just try to be a chameleon anywhere I go and it’s honestly fun seeing all these types of personalities. So far, I’ve been able to play with guys like Javy Baez, Carlos Correa and Marcus Semien up the middle. Those are some of the best shortstops in the game. I’ve been able to pick their brains and learn from them. I still got some good years left in me, so I’m just going to keep grinding away.”

Pulliam: What’s it like coming back to your high school to help teach the next generation of players at these camps you're involved with?

Kemp: “It’s a true blessing. You have this window and a certain amount of time, and I’m just trying to maximize that the best I can. I think giving back to the community is the best way you can show your appreciation for how you grew up and you never know what future big leaguer might be at your camp, so, hopefully, you can pass those same things to him.

“It was the people — all the teachers and the community — that made my time at Centennial so great. That’s why I keep coming back more and more.

“I’m blessed to have been on these great teams and you know, as a small kid who’s always been undersized from Franklin, Tennessee, and only received two college scholarships to go play baseball, I just feel like I made the most of it going from Houston to Chicago and now Oakland.

“I always feel love from the 615 community, and that’s a true blessing.”

Pulliam: You bat left, but throw right, how did that come to be?

Kemp: “Funny story. My brother, who you know got his jersey retired at Centennial as well, but we grew up playing in the backyard and I always wanted to be just like him. I used to hit right-handed and couldn’t hit the ball, until finally one day after frustration, he was like, this couldn’t hurt, just go ahead and try hitting left-handed. I went up and hit lefty and hit the ball right past his face. I think he was just like, ‘OK, I think you should bat left-handed.’ It kind of started right there in the backyard with my brother.”

Pulliam: Well, let’s learn some favorites now. What’s the one song you listen to before a game?

Pulliam: Favorite sport other than baseball?