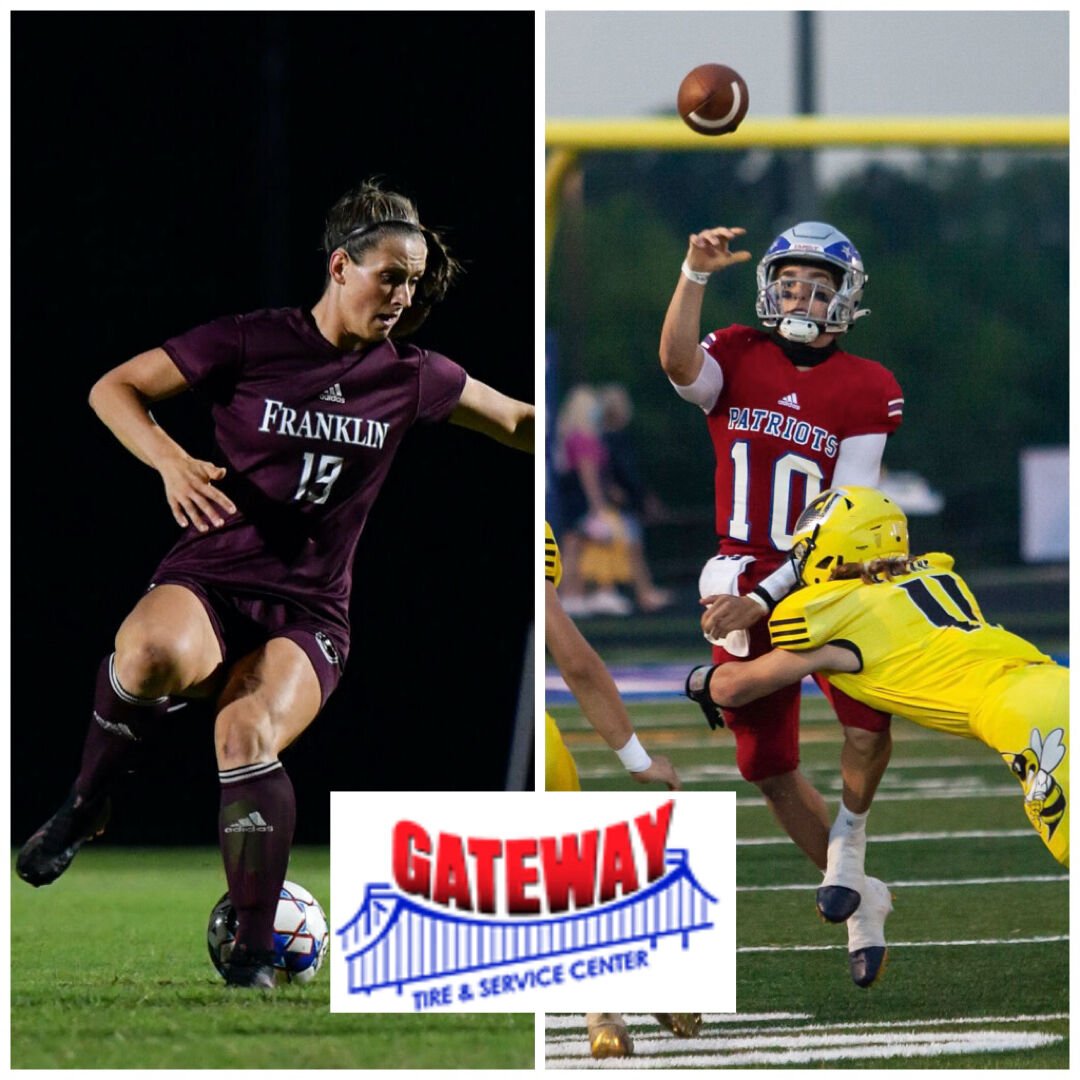 Franklin's Brenna Swiger and Page's Jake McNamara are the Gateway Tire Athletes of the Week for the week ending Sept. 27, 2020. 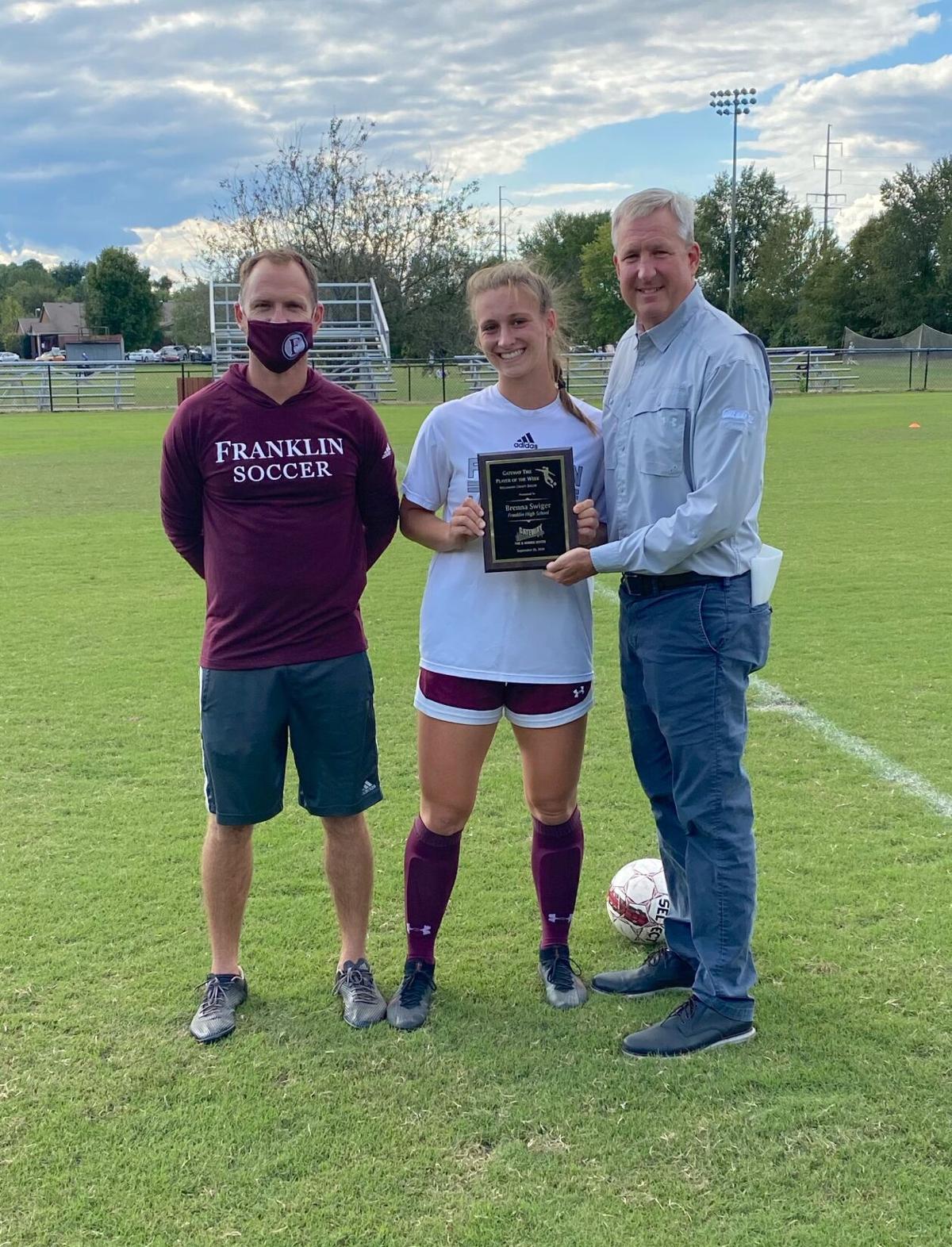 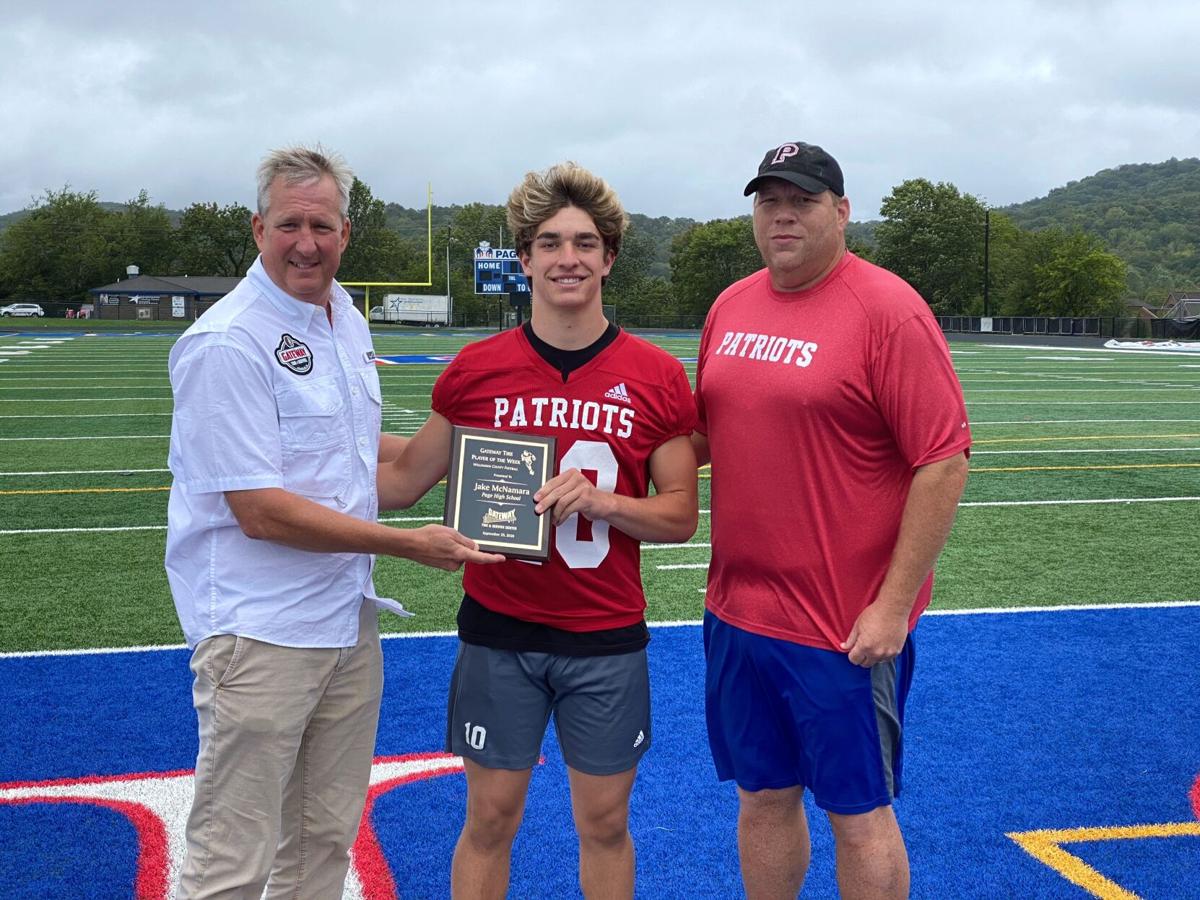 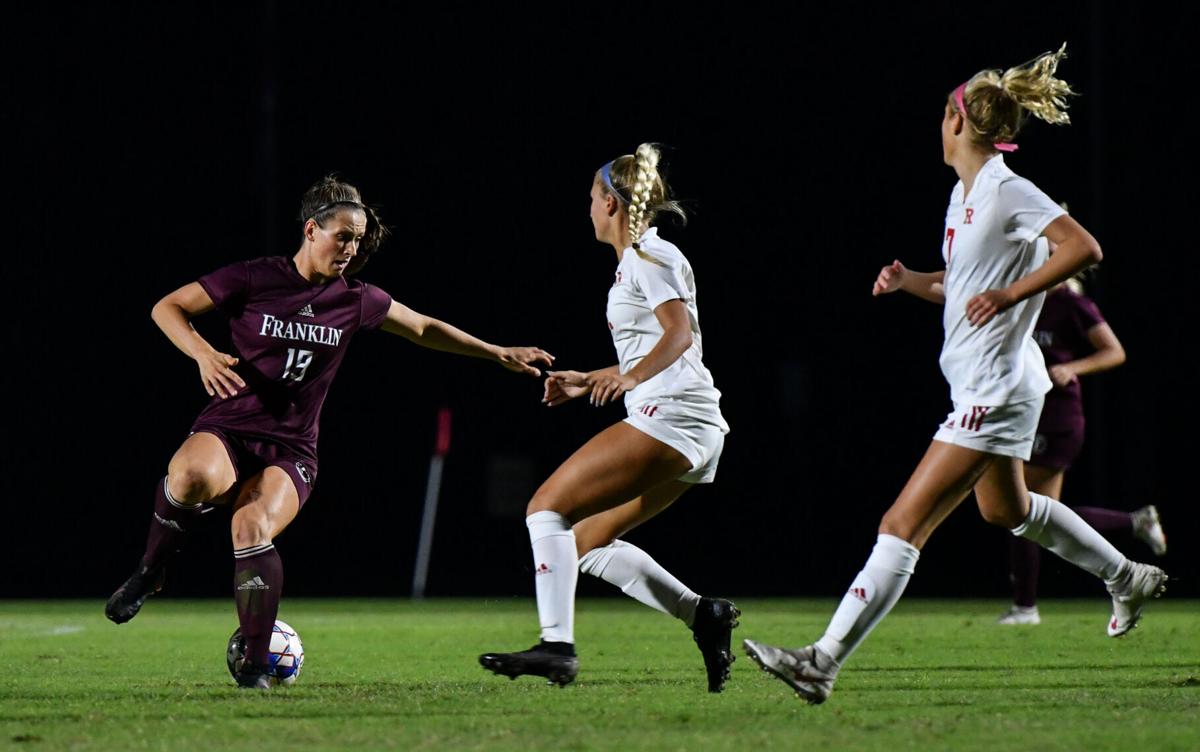 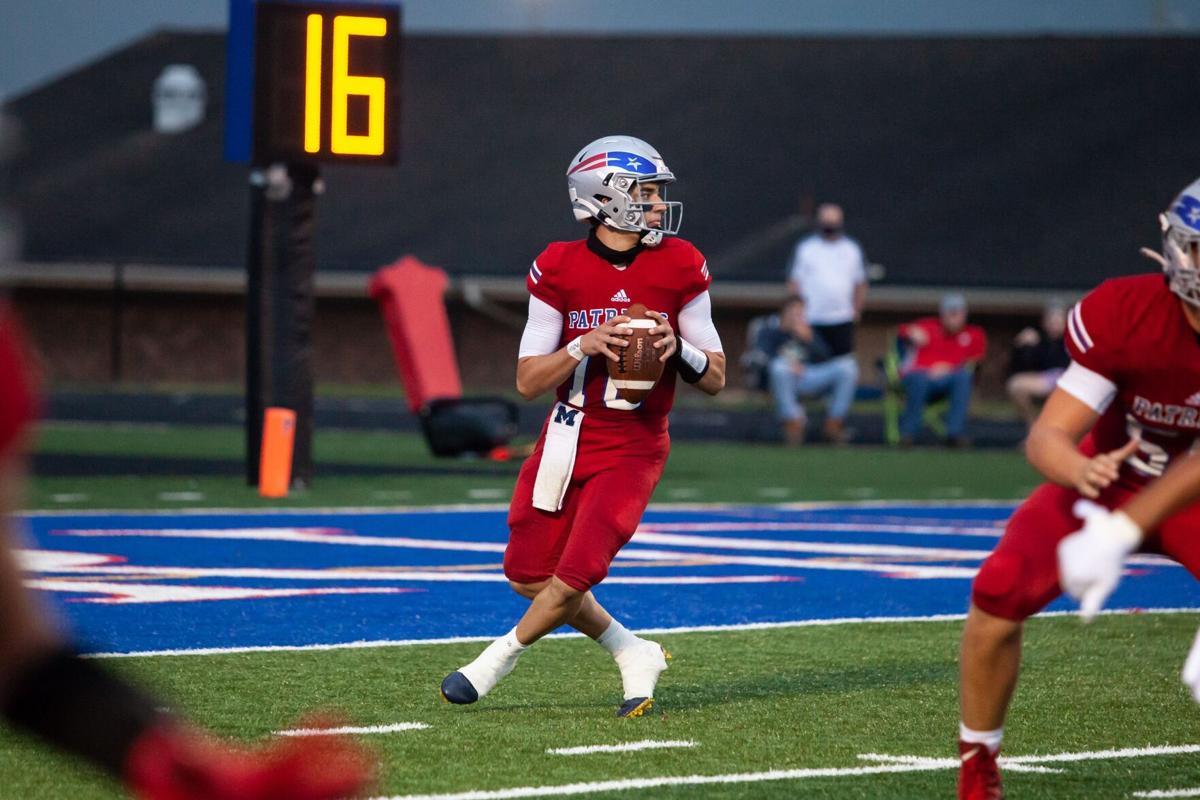 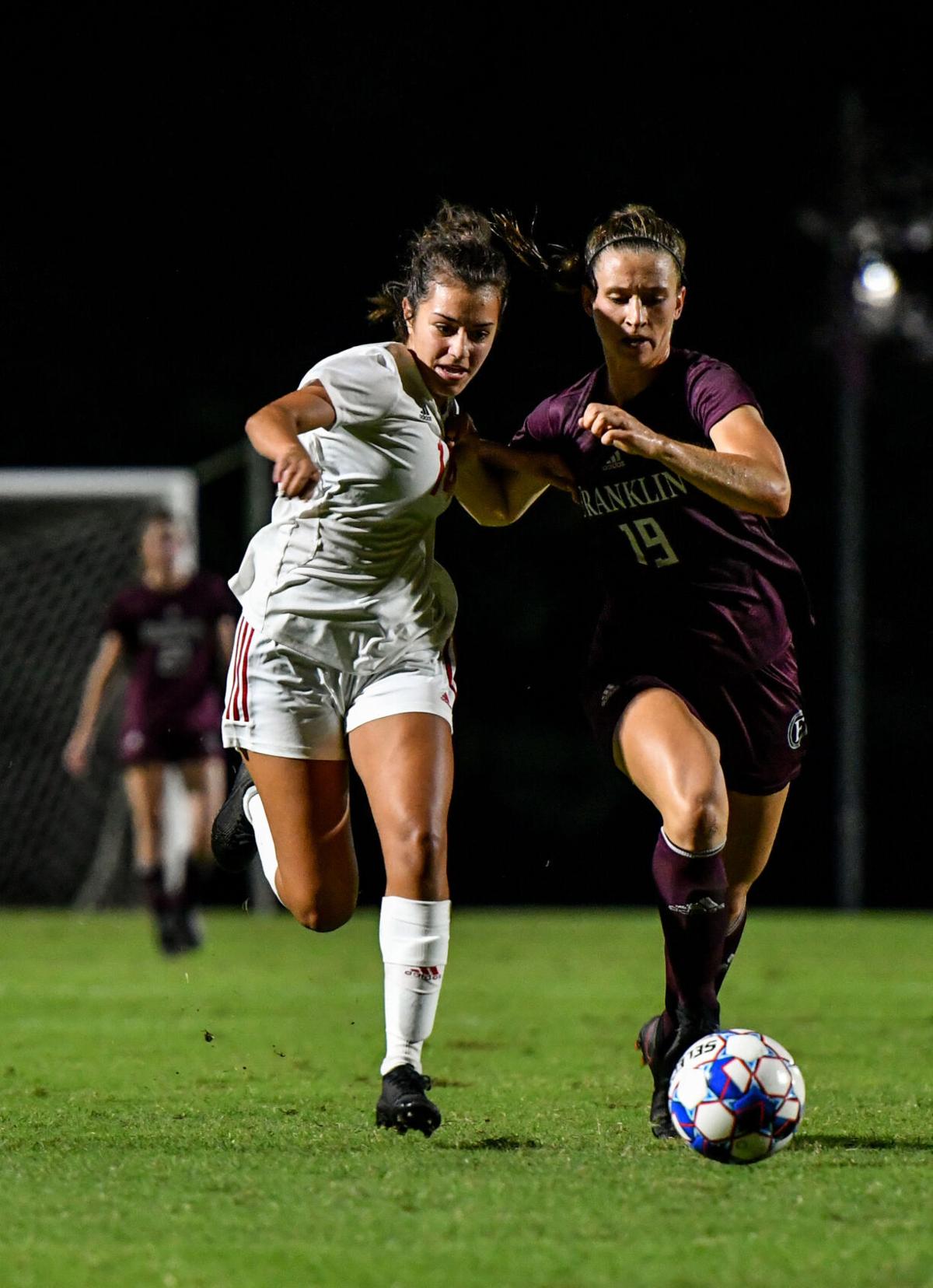 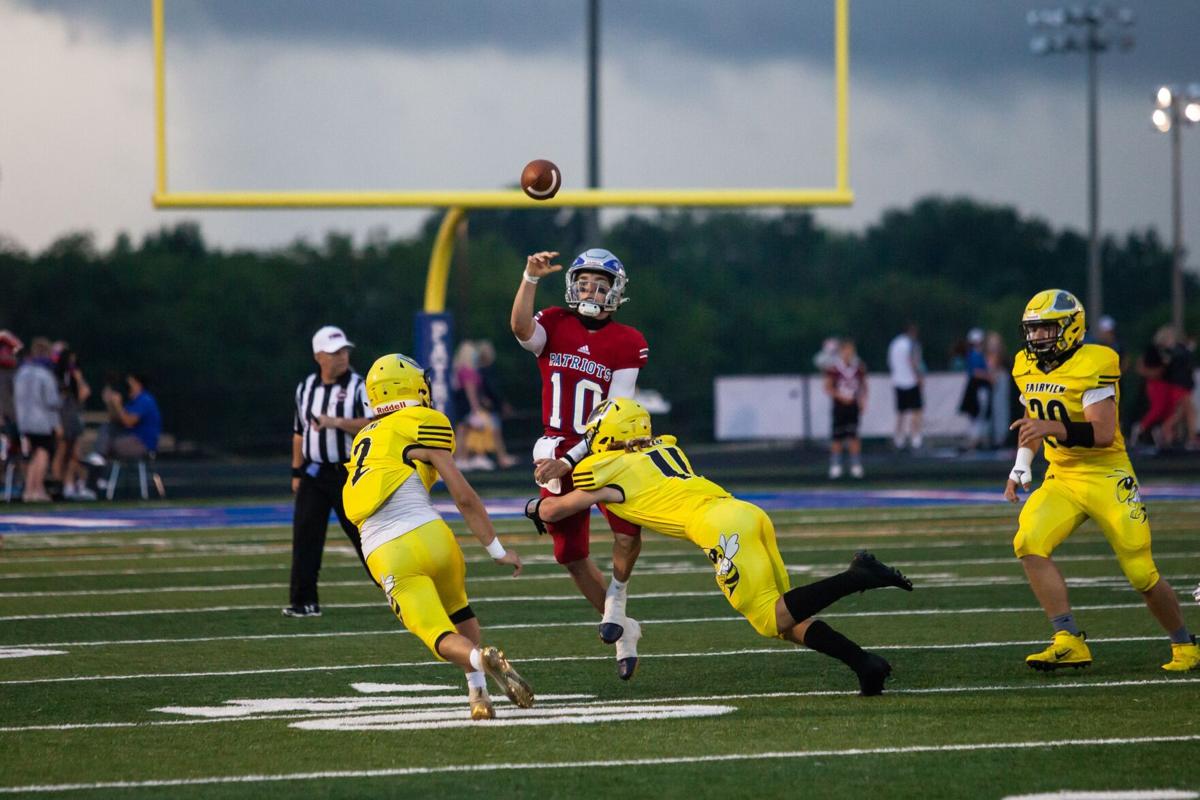 Jake McNamara of Page releases a throw while absorbing contact in a game earlier this season against Fairview.

Franklin's Brenna Swiger and Page's Jake McNamara are the Gateway Tire Athletes of the Week for the week ending Sept. 27, 2020.

Jake McNamara of Page releases a throw while absorbing contact in a game earlier this season against Fairview.

Franklin High School’s Brenna Swiger and Page’s Jake McNamara were chosen as the latest Gateway Tire Athletes of the Week for the week ending Sept. 27.

The two were chosen as part of the Athletes of the Week awards sponsored by Gateway Tire & Service Center of Franklin. One male and one female athlete from Williamson County is selected and featured each week in the Williamson Herald.

“Brenna was instrumental in the 2-1 win against Ravenwood,” Burgoyne said. “Brenna dominated the game physically and worked tirelessly to thwart any attacks Ravenwood created.”

Swiger, who was one of the leading scorers returning this year for the Lady Admirals, switched to center back before the season and has thrived.

“She has welcomed the transition and continues to perform at a high level,” Burgoyne said. “Brenna leads by example. She is the hardest working player at practice and is willing to do what she can to make the team better.”

Franklin ends district play Thursday at home against Independence. The Lady Admirals are 9-1-1 overall and 3-0 in district play.

McNamara did a little bit of everything to lead Page to a home win on Friday. The sophomore quarterback scored four total touchdowns in Week 6’s win over visiting Giles County.

“He has all the intangibles,” Patriots coach Charles Rathbone said. “He’s a great leader and extremely smart.”

Rathbone said all of that was on display Friday. McNamara threw for 178 yards and one touchdown and rushed for 90 yards and three TDs in the win.

“He is your typical gym rat in that he wants to be on the field throwing all the time,” Rathbone added.

McNamara and the Patriots halted a two-game slide with the win. Page, which is 2-3 overall, will host Summit in a Region 5-5A battle Friday. McNamara is the younger brother of Michigan sophomore Cade McNamara and freshman Kyle McNamara.

Other nominees for Gateway Tire Female Athlete of the Week included Centennial’s Jenna Drobny for scoring two goals in a win over Summit and Brentwood’s Brooke Tyll, who won the Frank Horton Invitational cross country meet over the weekend.

Nominees for Gateway Tire Male Athlete of the Week also included another Brentwood runner in Kevin Vanderkolk, who finished third at the same race on the boys’ side, while Independence’s Ty Lockwood secured six catches for 95 yards in the Eagles 35-23 win over Hendersonville.