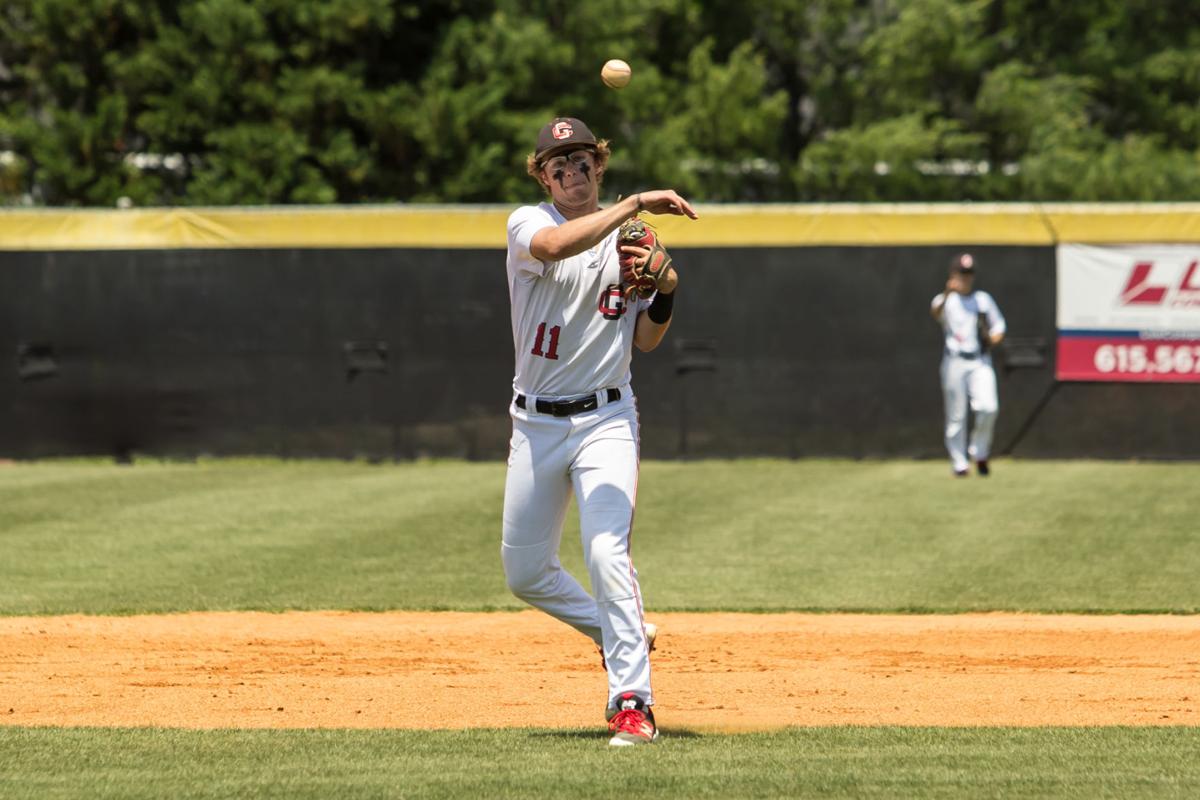 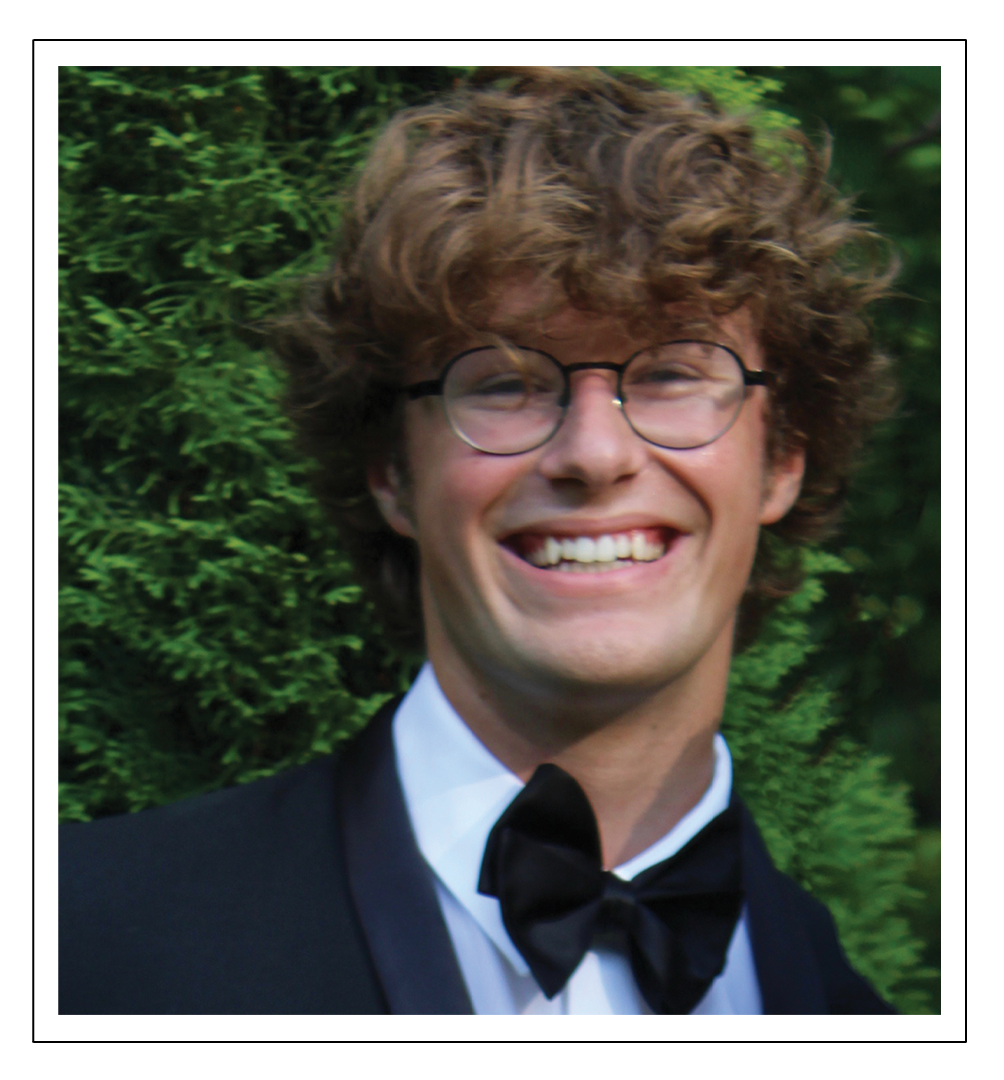 Talking with coaches and former players and witnessing the outpouring of support on social media, several common themes arise about Grant Solomon.

The 18-year-old, who celebrated his birthday just last month, was one of the toughest competitors around, a passionate teammate and a friend to nearly everyone he encountered. Solomon, a rising senior at Grace Christian Academy, passed away in a tragic accident in Gallatin on Monday. A celebration of life is scheduled for 4-7 p.m. Friday at the school’s sanctuary — the first building off Southall Road when arriving.

Grant Rhodes Huffines Solomon, 18, of Franklin, went to be with God on July 20 from injuries…

“I’ve been doing this for 25 years and he’s probably one of the top five competitors I have ever coached,” GCA baseball coach Brad Myers said. “I think the biggest thing about Grant, though, is how he always wanted his teammates to succeed as well. He was their biggest cheerleader.”

Solomon and the Lions were only able to play in a handful of games in March before their season was cut short due to the COVID-19 pandemic. In his last two outings with GCA, the 6-foot-2, 210-pound pitcher and outfielder collected six hits on eight at-bats as the Lions split a double-header against Columbia Academy. After falling 8-7 on a walkoff single against the Bulldogs in the first game, Solomon delivered an RBI-double in the bottom of the fifth inning in the second game to pull GCA even at 6-6. The Lions went on to win 8-7.

“There’s no way he would be denied,” Myers said. “Grant was a warrior.”

That same kind of mentality helped lead GCA into the final four in the Class A state tournament in 2019. Solomon made his first start on the mound on the state stage in a win-or-go-home contest against the 2017 champs Loretto and Mr. Baseball Blade Tidwell.

Solomon, back from a shoulder injury, went the distance as the Lions earned the win to advance to the state semifinals for the first time. He scattered six hits and struck out three and also went 2-for-4, driving in the first of three crucial runs in the second for an early advantage.

“I told him before the game, that we were going to just take it inning by inning and he was like, ‘Coach, I got it,’” Myers recalled. “Seven innings later, we were sitting there and beat Loretto. Grant Solomon played a huge role in that.

“He was the encourager for us, but also just a talented kid and that’s rare when you have that combination. There’s a division in classes sometimes in a lot of programs, but Grant tore those walls down and brought us all together even more.”

Myers was consistently asked by interested local colleges like Belmont and Lipscomb among others where he thought Solomon would fit in at the next level.

“He was just so versatile and could play anywhere,” Myers said. “I always said, ‘I don’t know yet. He could be a pitcher. He could have been in the outfield. Where do you need him?'”

Solomon also played basketball at the school near Leiper’s Fork. Coach Len McKnatt, who also helps on the diamond alongside Myers, always remembers a very unique situation involving Solomon. The two coaches get a chuckle out of thinking about it.

During a basketball game this season, Solomon attempted to check himself into the contest. It wasn’t out of defiance, but simply because his deep, passionate nature – he just didn’t want to lose.

“I’ll always remember that,” McKnatt said. “I burned a timeout to ask him what he was doing. All he said was, ‘Coach, we’re not going to lose.’

“That was just who he was. Grant got along with everybody, with the exception of when he was competing. He was fierce between the lines either on the court or on the field.”

Solomon’s travel team the Rawling SE Mad Mavs gave their right-handed pitcher one more start on Wednesday. The team shared a screen grab of their scorecard with Solomon’s name as the starter on the mound.

“Tonight’s starting pitcher may not have thrown a pitch, but we made sure he had one more start,” the team shared. “Playing for him but not without him! Fly high (Grant)! We love you and you’ll never be forgotten!”

On Monday, shortly after receiving the news of Solomon’s passing, the team said they were “heartbroken” over the passing of their “most fierce competitor.”

Before a vigil Monday night, many of Solomon’s teammates gathered to share memories about Solomon and try to come to terms with losing such a passionate teammate and friend.

“He always had everyone of his teammate’s backs and was the first one to celebrate everyone else’s successes,” McKnatt said. “That’s not always the case for a kid as talented as he was. He was just so passionate about everything he did.

“Words can’t describe how huge of a loss this is. I don’t even know where to start. We have a lot of folks hurting really bad right now, but I know that doesn’t even scratch the surface for his parents and family. A lot of us are still in shock and this is going to be tough for a long, long time.”

His teammates shared their thoughts on social media.

“Grant was an all around great kid and role model,” Ashton Kelley said. “Forever thankful for the relationship I got to have with him. The way he lived will impact me forever. I know he’s smiling down from Heaven happier than ever.”

“Sports is never just about the game, but about the brotherhood and culture that sports introduce into your life,” Ben Severance said. “In the passing of a good friend and teammate yesterday I was very thankful to be with my team and am grateful for all my guys!

“It’s been a full day now, and the reality is fully setting in,” Sam Kirkpatrick said. “You were the type of person that people are lucky to know even just one of. Your spark and flame will never die Grant, and you live on eternally in Heaven and in all of us.”

One thing family, teammates and coaches and friends are falling back on, is Solomon’s faith. A Solomon trademark included having a cross painted on each cheek when he competed on the baseball field.

“As we try to forge ahead, the hope that we have is that we know he knew God. He knew Jesus,” McKnatt said. “As hard as it is to say, Grant is in a better place right now.”

Services for Solomon will be Saturday from 11 a.m. to 12:30 p.m. at GCA’s Sanctuary near Leiper’s Fork. A graveside service will at 1 p.m. at Williamson Memorial with a reception to follow at Fellowship Hall at Grace Chapel.