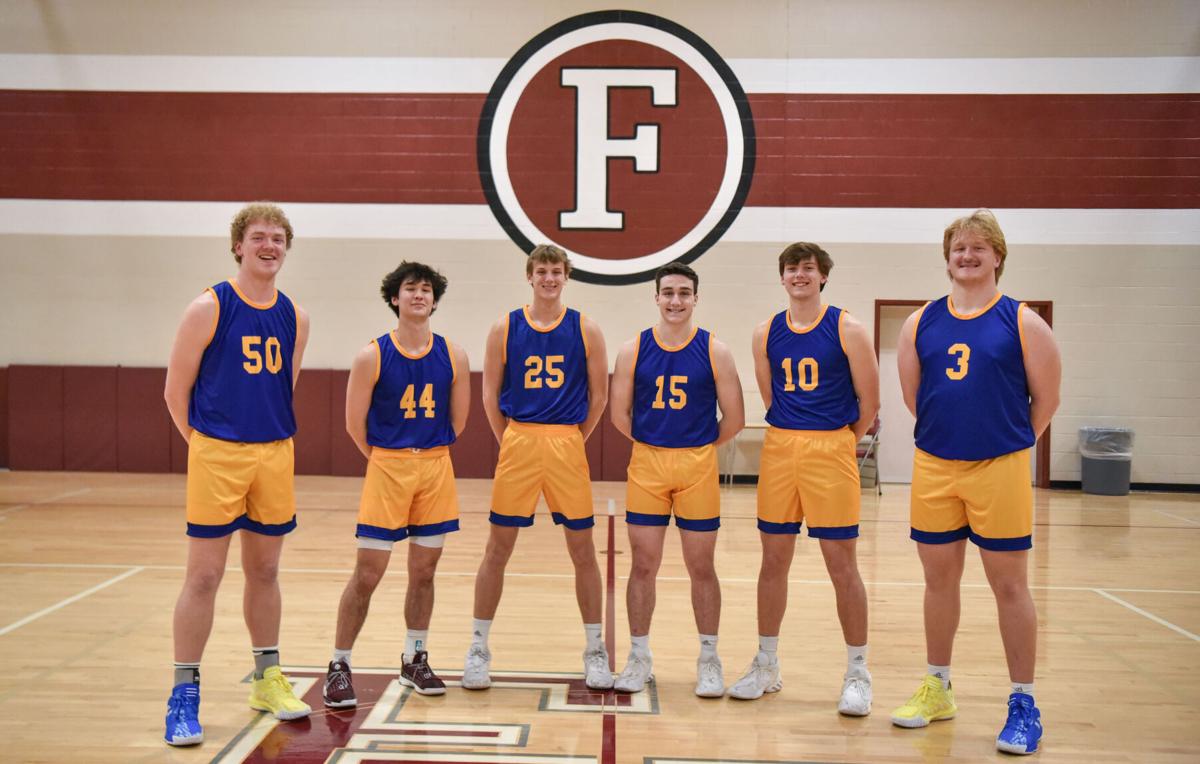 Franklin’s six seniors have helped the Admirals post a 23-2 record and earn a No. 4 ranking in the state heading into the postseason. From left, Matt Thurman, Reed Kemp, Aidan Smylie, Taylor Spierto, Connor Beavon and Mason Jones pose for a photo before paying tribute to Natchez High School earlier this month in their throwback jerseys. 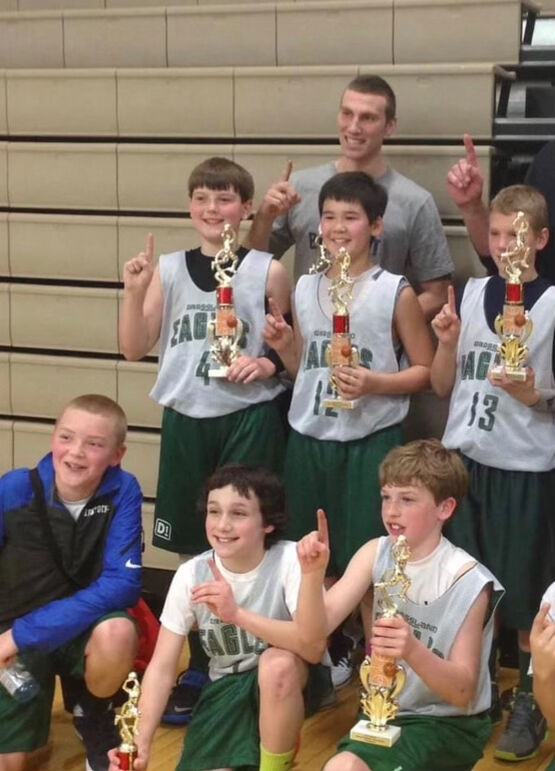 Members of Franklin's current basketball team have been picking up trophies for years together. The group of now seniors eyes a deep postseason run as the last time playing together. 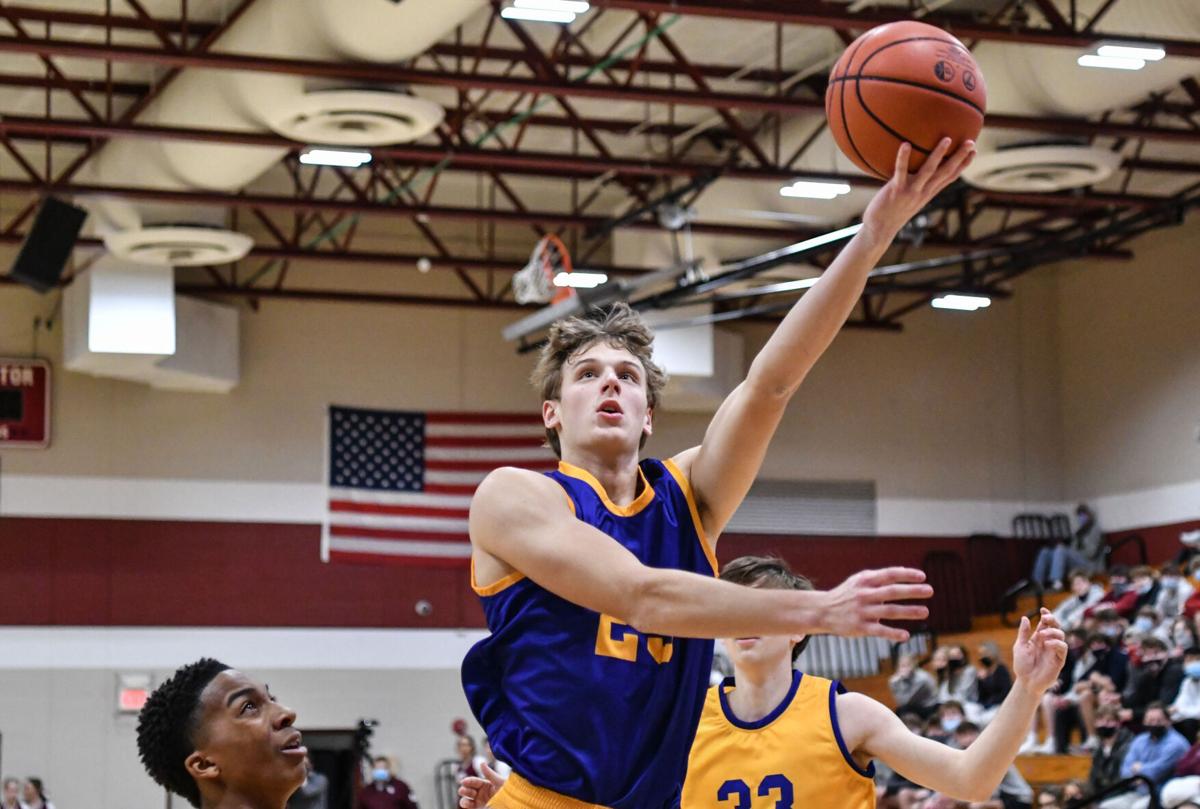 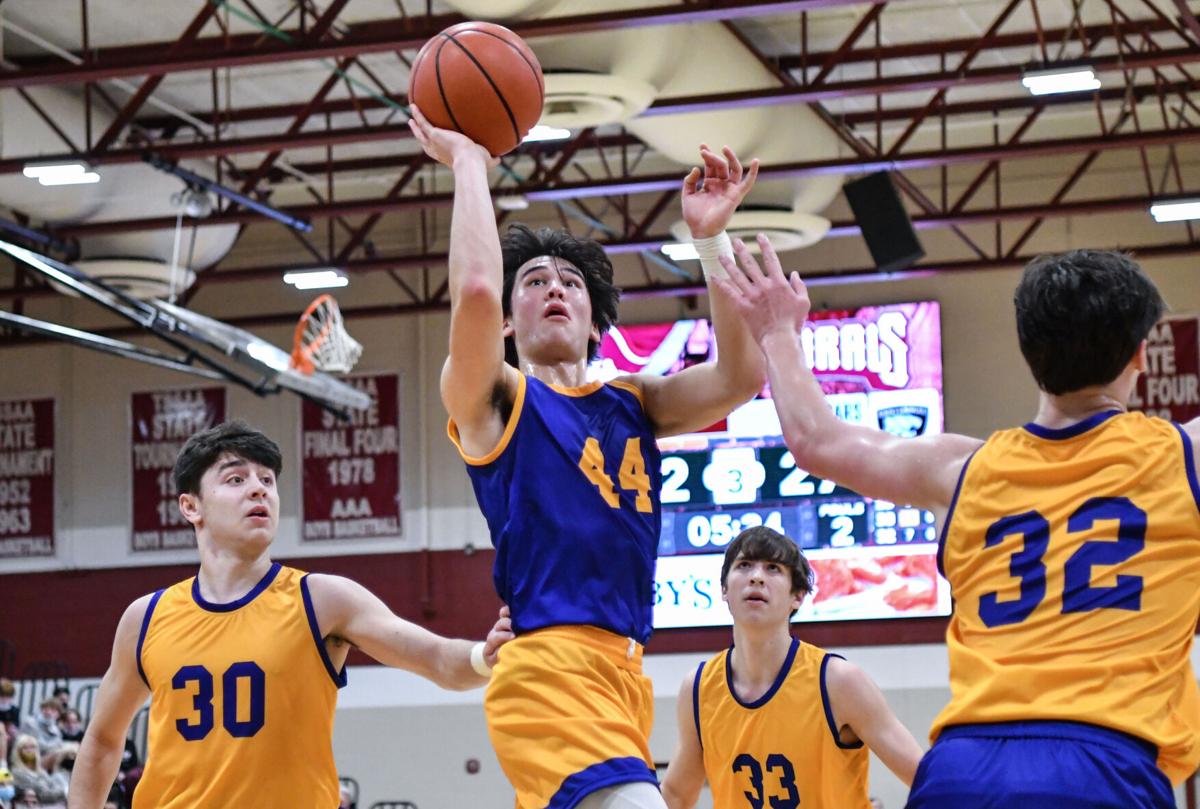 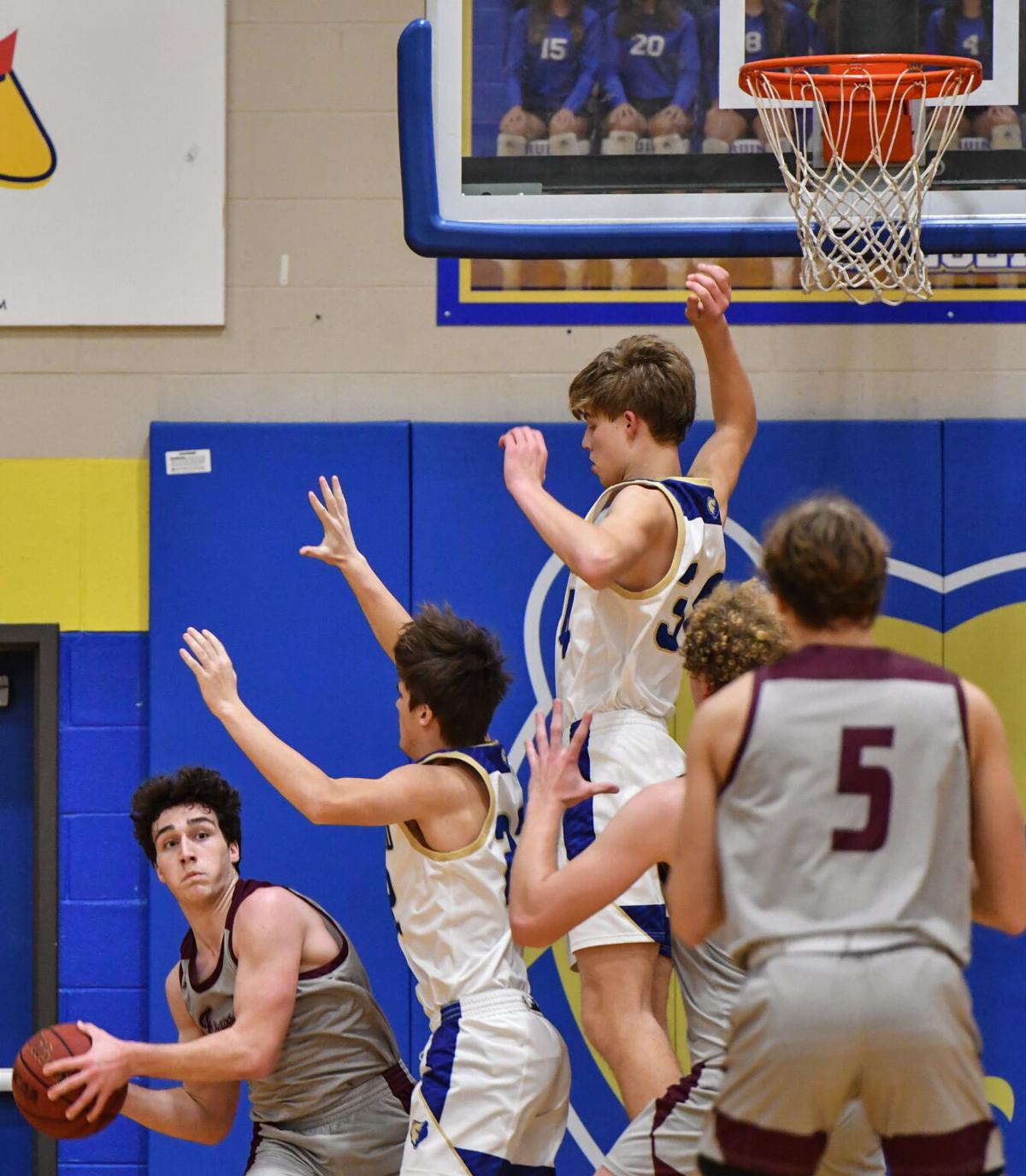 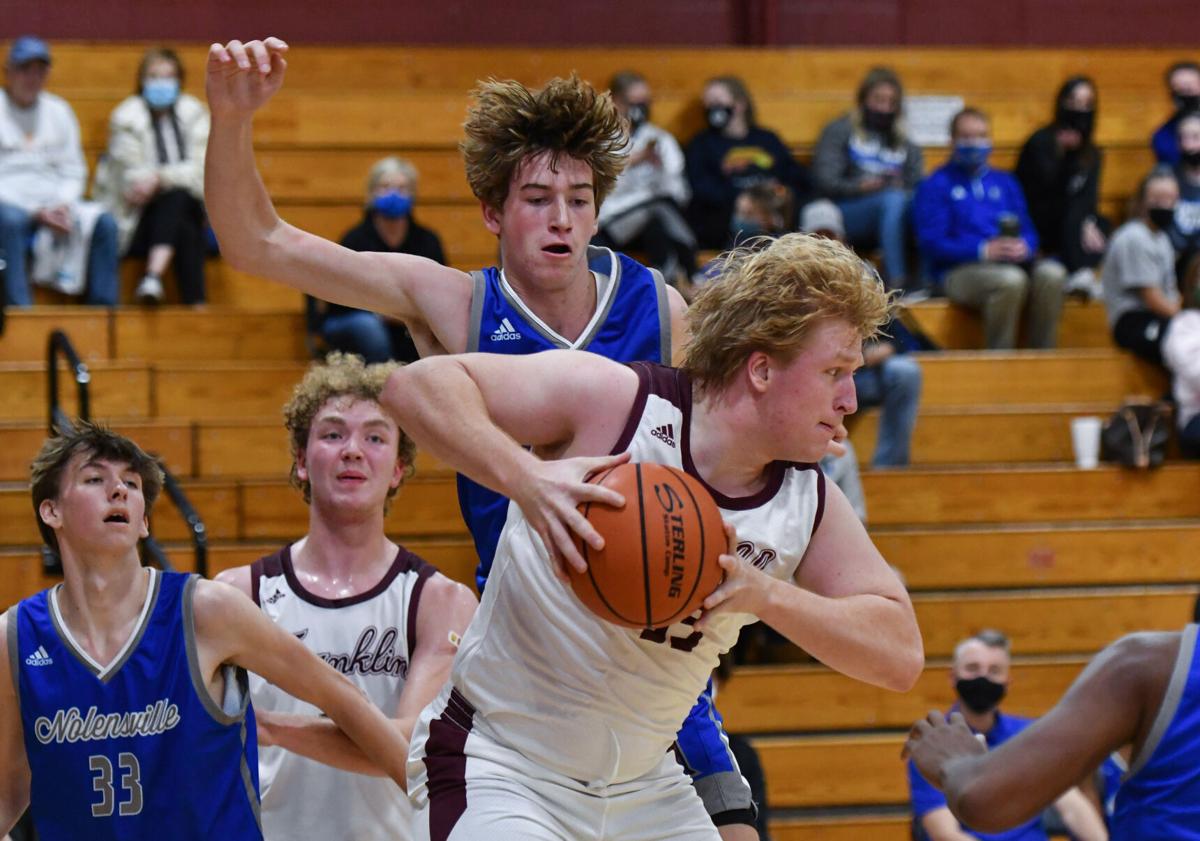 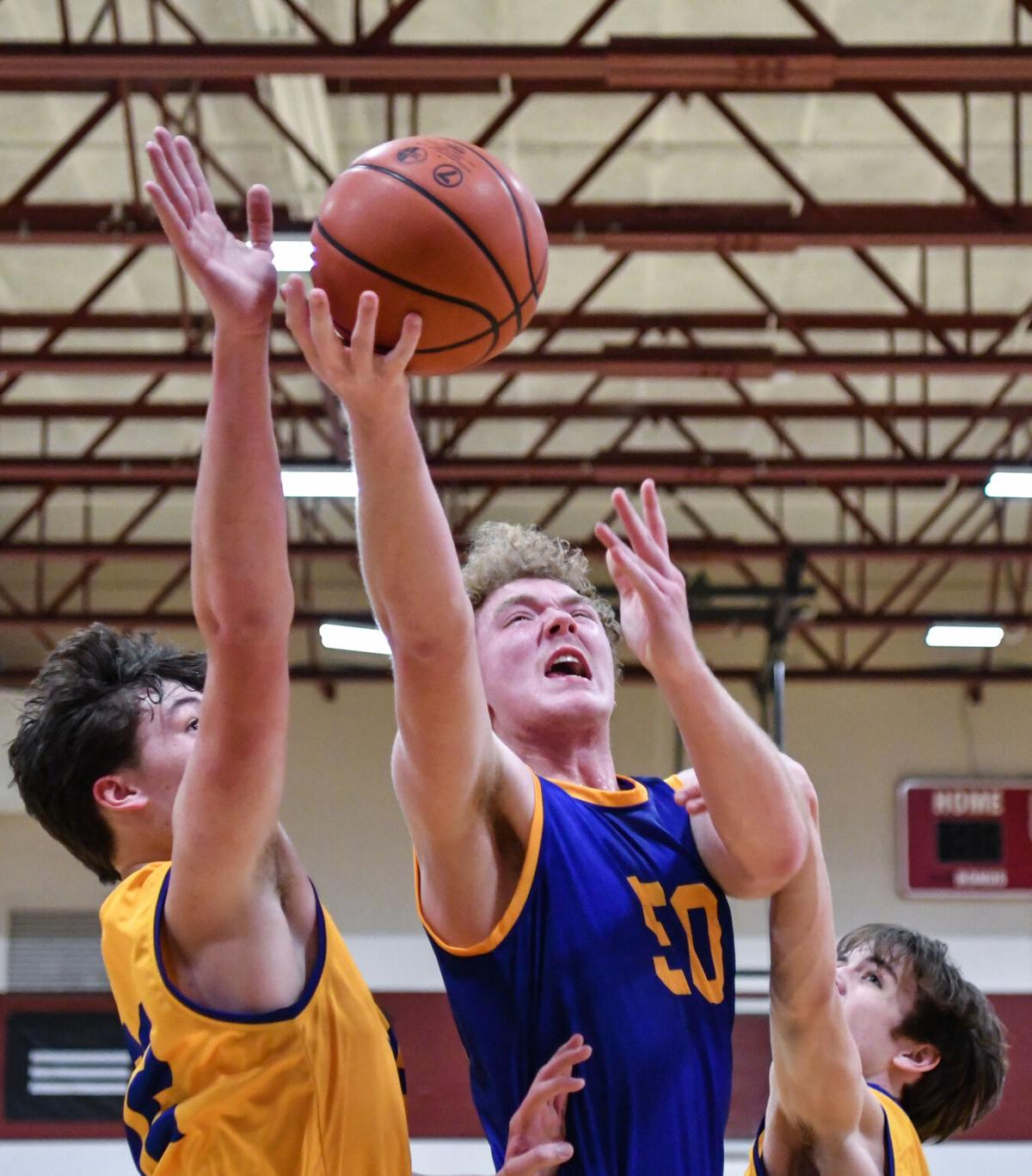 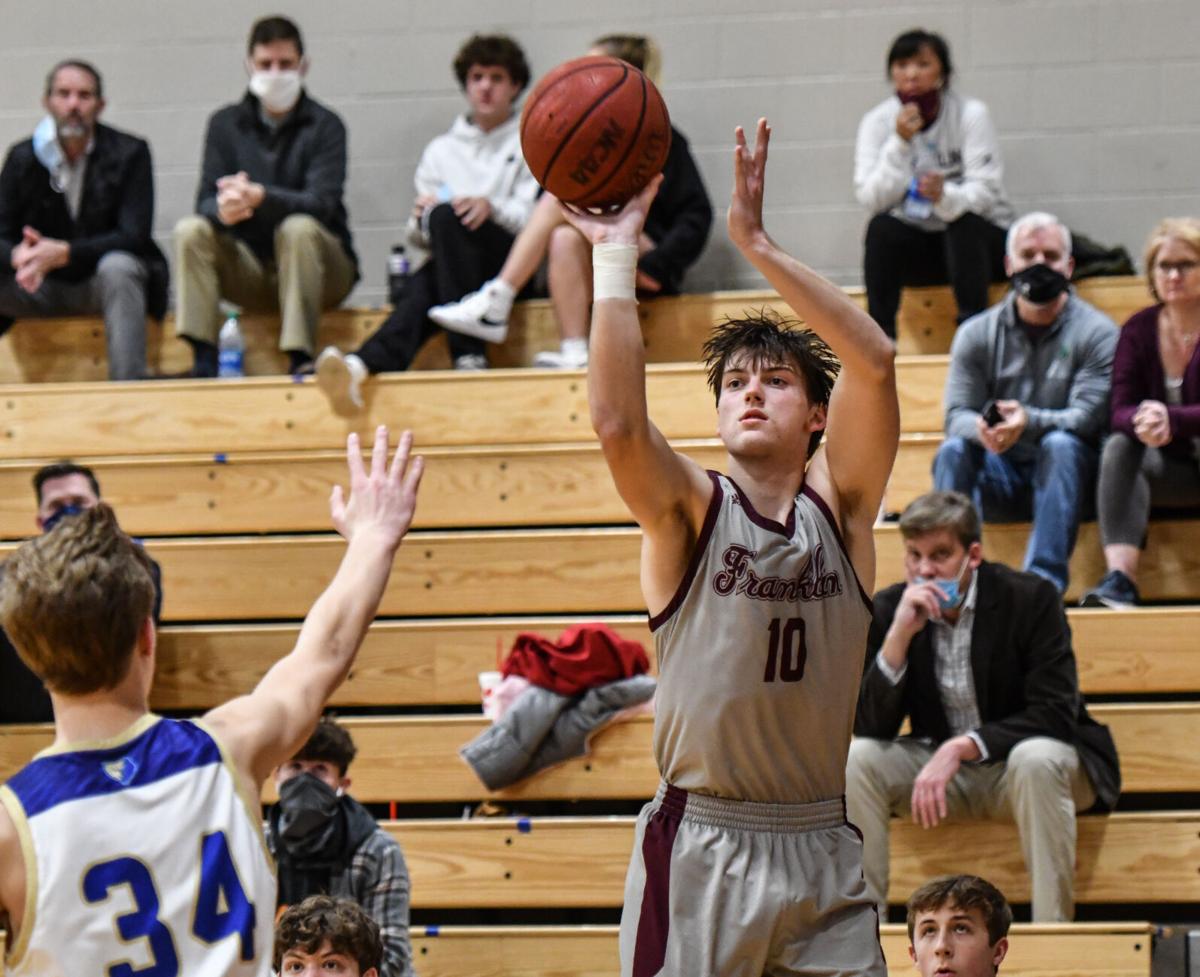 Franklin’s six seniors have helped the Admirals post a 23-2 record and earn a No. 4 ranking in the state heading into the postseason. From left, Matt Thurman, Reed Kemp, Aidan Smylie, Taylor Spierto, Connor Beavon and Mason Jones pose for a photo before paying tribute to Natchez High School earlier this month in their throwback jerseys.

Members of Franklin's current basketball team have been picking up trophies for years together. The group of now seniors eyes a deep postseason run as the last time playing together.

FRANKLIN – Franklin High School seniors Taylor Spierto and Connor Beavon have been teammates since they were 5 years old.

They were catalysts in the football’s team ability to reach the Class 6A quarterfinals for the first time since 2016 and now are part of an FHS basketball team carrying the No. 4 ranking in the final Associated Press poll of the season.

“It’s a special bond we have, for sure,” Spierto said.

“We just try to have fun playing together,” Beavon added.

That doesn’t go for just the pair. In fact, the entire starting five and all six seniors on the basketball team have been playing against and alongside each other since elementary school.

Matt Thurman jokes about the days when he battled Mason Jones in middle school. Thurman was at Grassland Middle School. Jones was at Freedom Middle.

Thurman, a 6-foot-7 post, who leads the team in rebounds and assists, also remembers when Reed Kemp moved into town when they were in fourth grade.

“I hated playing pickup against him, but we are teammates now, and I’m thrilled about that,” he said.

Just about anyone could agree on that front as Kemp leads Franklin in scoring with 23.2 points per game, with Aidan Smylie (12.9 ppg) and Thurman (10.1 ppg) also reaching double figures.

Heading into the postseason, the six have Franklin as the top seed in the District 11-AAA tournament with a 23-2 record.

“It’s really neat to have a group like this because you don’t typically have six seniors, but to have six seniors as tight as they are is just plain fun,” said Admirals coach Jason Tigert. “It’s fantastic from a coaching standpoint because of the experience and confidence they all have to win ball games.

“Their team chemistry has translated to our success a ton this year.”

The team is averaging more than 70 points and 15 assists a game. The Admirals are riding a 19-game win streak to boot.

“We’ve all been playing together for so long, we just know what each other is going to do, and that makes it really easy on the floor,” said Spierto, who has taken on the role of defensive stopper and all-round contributor.

Kemp has flipped his game from an emerging freshman and sophomore playmaker into a scoring machine. The senior leads the offense and is a headache for defenses.

“When I was coaching against these guys, Reed wasn’t a scorer, he was more of a distributor,” said Tigert, who coached at district foe Dickson County before taking over the Franklin High program two seasons ago. “Now he’s an absolute elite scorer. He can attack the basket, shoot the three and he has a great midrange game.

“He puts a lot of pressure on defenses and, fortunately for us, that can open it up for our other guys.”

Beavon is a proven shooter as well, but Tigert said the quarterback of the football team also has become a solid rebounder and defender.

After struggling to even make the team as a freshman, Smylie has developed into the Admirals’ most dynamic player.

“He’s a late bloomer, but he’s got major upside,” Tigert said. “I think somebody will get a steal at the next level with him.”

In addition to being second on the team in scoring, Smylie is a menace on the offensive glass with nearly three offensive rebounds per game. His 6.1 boards each outing is second only to Thurman (7.5 rpg). He also is connecting on 57% of his shots and handing out 2.5 assists per game.

Thurman leads the team with 3.1 assists per game.

“He also is very versatile and as a big man, you expect him to lead the team in rebounds, but with his passing ability, he’s a very nice weapon to have,” Tigert said. “He impresses so much because he’s just a heckuva passer out of the post, and we are even comfortable letting him bring the ball up the floor.”

Tigert called Spierto his “utility player” — a role the 6-foot guard also embraced on the football field. He played on both sides of the ball — rarely missing a snap — catching passes, making tackles and even hauling in a pair of game-winning touchdowns from Beavon. On the court, he takes on the task of shadowing top players on opposing teams and can play inside and outside because of his strength, Tigert said.

Jones can change the look of the team and allow Franklin to go big across the board, plus he’s the kind of teammate who helps drive the rest of the Admirals.

“He’s so unselfish,” Tigert said of the Bucknell football signee. “Mason is one of those guys who doesn’t care about minutes, all he cares about is team success, and he’ll do whatever is needed to help make that happen.”

That success already includes a regular season district championship, but the six seniors have much higher goals entering the postseason.

“I remember walking into the gym this summer and coach said it, and we all agreed, our goal is to get to Murfreesboro,” Spierto said. “That’s where we want to be.”

“I just love these guys and I’m trying to help them get where we want to be this year,” Kemp said. “We all want to still be playing in March.”

Because of the weather, the district tournament has been pushed back. The top-seeded Admirals will begin their playoff push on Monday against the play-in weather – either No. 9 Spring Hill or eighth-seeded Dickson County.