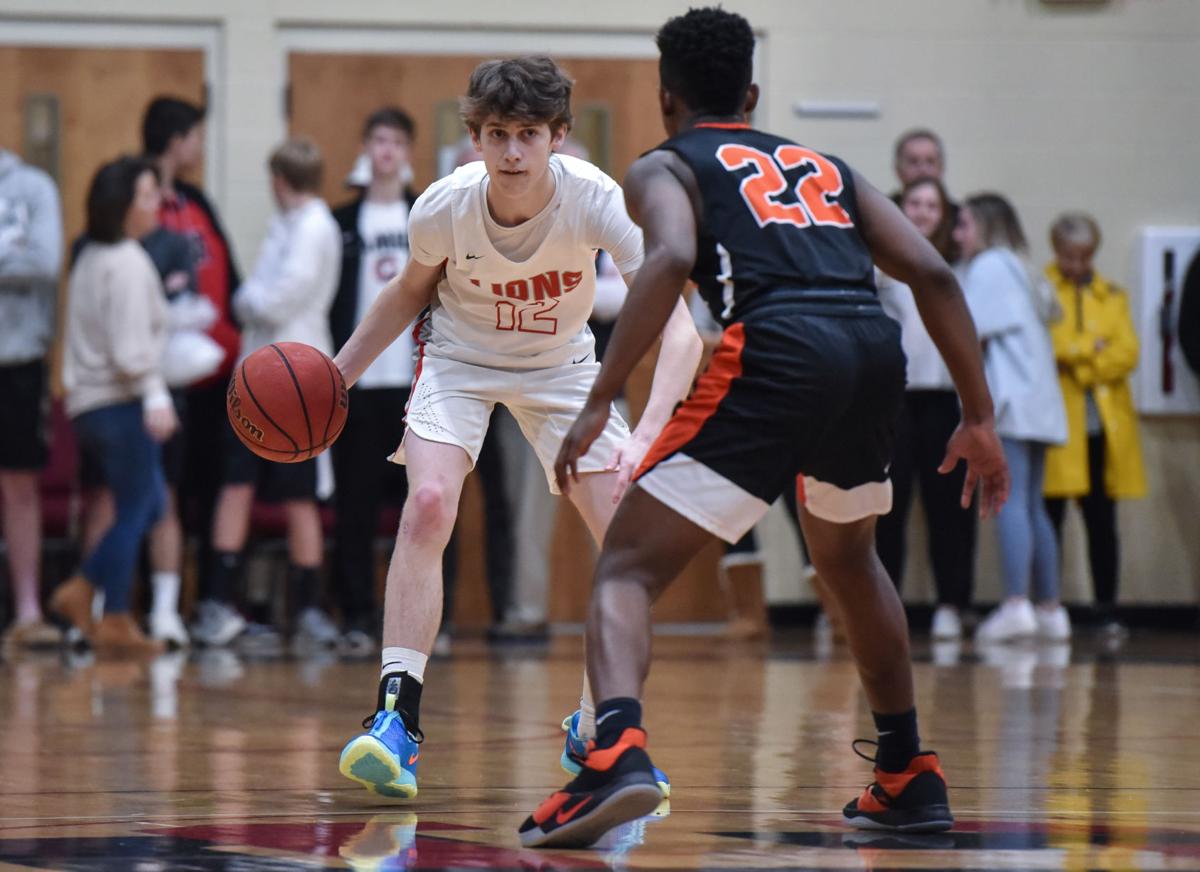 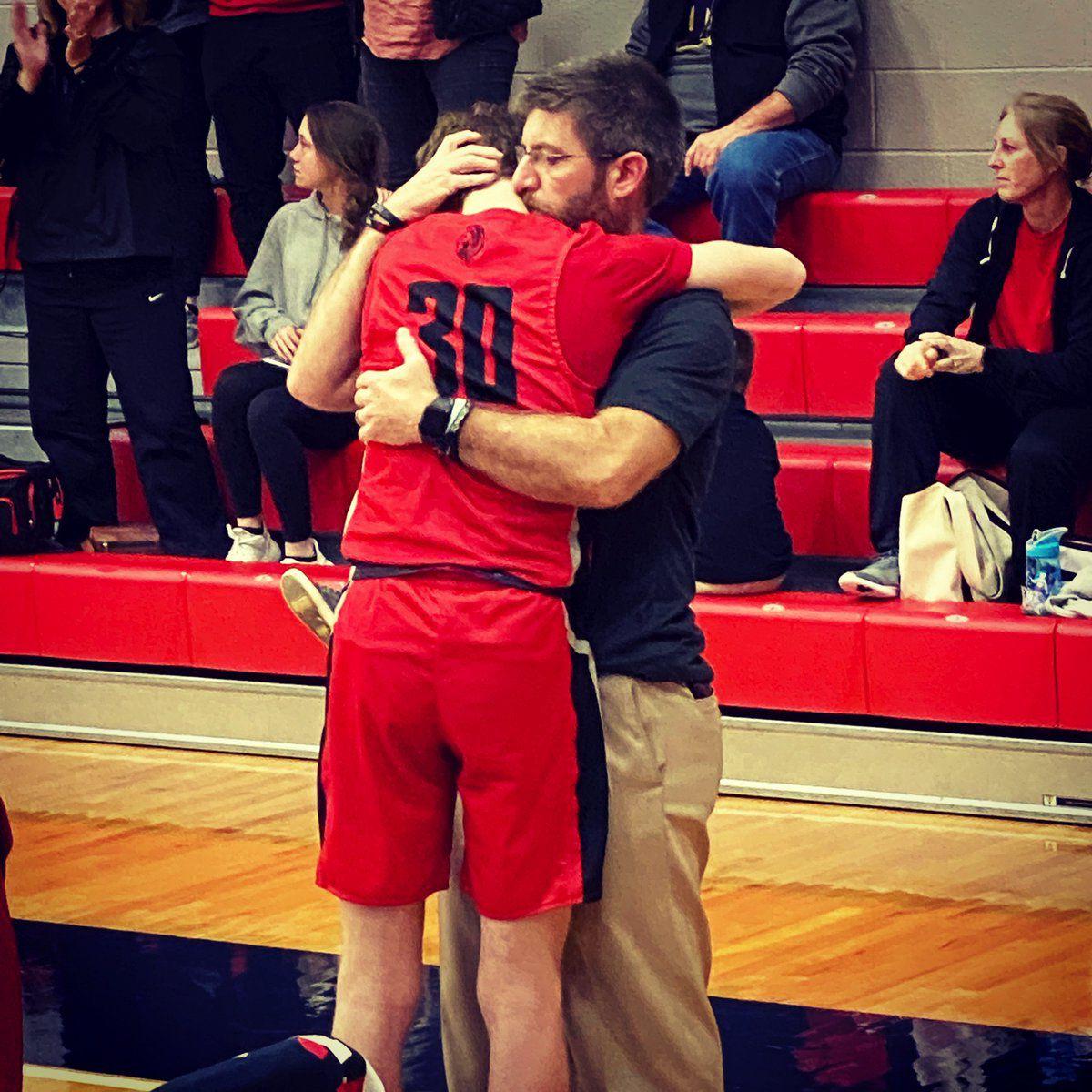 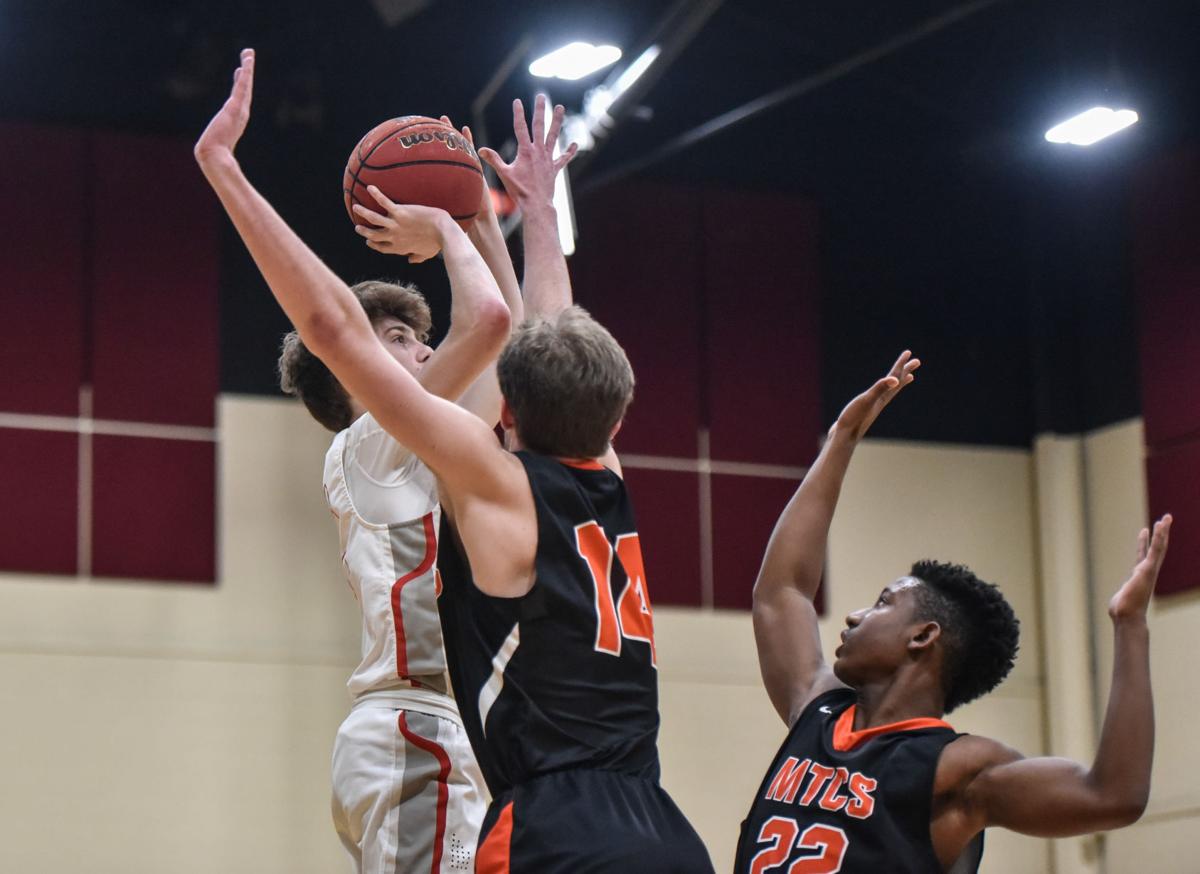 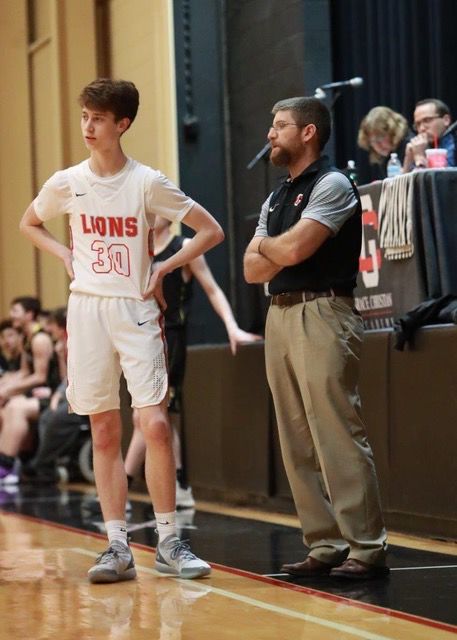 The one place Mason McKnatt feels most comfortable is in a basketball gym. Some of his first memories are on the court, whether its tagging along his dad, coach Len McKnatt, on the sidelines as a youngster or simply firing up jumpers each morning.

The Grace Christian Academy senior scored more than 2,600 points in his career and his 477 made 3-pointers are among the elite in state history.

“I’ve always just wanted to be in a gym shooting and working on my game,” Mason McKnatt said. “It’s my favorite part of the day. It’s home.”

He won’t be going far from home this fall.

The GCA senior will exchange his home floor near Leiper’s Fork for the Trojan Fieldhouse in Nashville at Trevecca Nazarene. Mason announced his commitment last week to the Division II program.

“I felt like Trevecca is the right place for me,” the senior said.

Trevecca has won just 10 games in the last two seasons, but closed this year on a four-game winning streak under head coach Omar Mance.

“Coach Mance is building a program that's heading in the right direction and he's doing it for the right reasons,” Mason said. “To play college basketball and do it kind of in my hometown area and help build a program is like what we’ve done at GCA. It’s part of the reason why I chose Trevecca.”

The McKnatt family made a big shift in the early summer of 2014 when they left Battle Ground Academy, a school founded in 1889 and rich in tradition, to help launch the newly established GCA school near Leiper’s Fork.

Coach McKnatt had just guided the BGA boys to the Division II-A state championship – the program’s first in 20 years. Mason was entering middle school and idolized former BGA standout Nathan Moran, who went on to star at Lipscomb.

The youngster mimicked Moran on the floor during halftime breaks and used every practice as a shoot-around transforming into the kind of gym-rat coaches had to boot out of the gym. However, when the coach is also your dad, that usually just means longer nights and even earlier mornings for added gym time.

“Mason got to see the time and effort some of those kids put in and just being around those great kids and families really had an impact on him,” coach Len McKnatt said. “He was around pretty much every game and sitting on the bench nearly every game when we were fortunate enough to win that state championship.”

Coach McKnatt, who also became the athletic director, launched the boys basketball program that fall. Mason was on the sidelines and joined the team as an eighth grader the following season in 2016. He played in all 29 games and averaged 7.9 points his first year. GCA reached the Region 6-A tournament in their first season in Class A.

Coach McKnatt said the dream of winning a state championship together was planted that final season at BGA, but the growing pains of building a program from scratch began to diminish that dream. The 2016-17 season produced just seven wins.

“Here we were in a new school with a new program, and I think that part was tough on (Mason),” coach McKnatt said. “It was tough on me, too. It was definitely different for us, but I wouldn’t trade that.

“You’re not putting your worth by what a scoreboard says at the end of the day, you’re trying to grow, become stronger and try new things … in God’s time, all those things take care of themselves. We’ve had the chance to do this in a strong, Christian community and that’s been awesome.”

Both admitted the challenges that come with the father-son coaching relationship.

“We’re both just emotional and really, really want to win,” Mason said. “We both calmed down a bit over the years and as I matured more, but we would both get annoyed and frustrated sometimes.”

Dad says the pair are also just very hard on themselves – something reiterated by mom and wife, Haley.

“That’s one of the things my wife would always have to remind me – Mason is tougher on himself than I could ever be on him,” coach McKnatt said. “I might get on him about something, but he’s already feeling bad about it or trying to correct it. That caused some conflict, but you know, it was special.”

Coach McKnatt said he wouldn’t trade any of his time coaching his son for anything.

“Those late nights or early morning times in the gym, those have kind of been our sacred places,” coach McKnatt said. “Just being in the gym by ourselves is special and I know that’s where he feels most at peace.”

Mason emerged as a scorer right away for his dad’s team. In his freshman campaign, he scored 18.5 points per game. That number grew to 22.2 points per game as a sophomore and GCA pushed into the Region 4-A semifinals in 2018 – the deepest postseason run for the program.

The next season as a junior, Mason elevated his game even more, averaging 27.9 points, including 4.3 assists and 3.4 rebounds per outing and earning district MVP honors. The Lions advanced out of their district, but fell in the region quarterfinals. According to TSSAA records, Mason’s 342 3-point attempts in 2019 are third most in state history, while his 134 makes were good for eighth-best in the state.

“I think the first thing people are struck by is the range he has,” Coach McKnatt said of Mason. “He can shoot the ball the same way 10 feet behind the 3-point line as he does right on the line. I think that’s pretty unique and he’s accurate.”

Mason’s senior season was nearly derailed before it started with a serious hip injury. He had surgery on May 7 and spent the first week essentially bed-ridden. Doctors said it’d be six to nine months for recovery.

“In a way, I am kind of grateful I got hurt because in a way it gave me a different perspective,” Mason said. “Basketball can be taken away so quick. It really helped me regain my love for basketball because I think I kind of got burnt out.”

It took Mason just 5 1/2 months to be cleared. He was far from his normal basketball shape, but was able to begin playing early in the season as GCA again re-adjusted by joining the Middle Region of Division II, which includes BGA.

The Lions produced some big wins, but struggled in the new league and tougher schedule. Mason didn’t really find his stride until late January when he strung together four straight big games, including back-to-back 40-point outings. He matched his career-high with 46 on Jan. 31 in a narrow 80-71 loss against Franklin Road Academy.

GCA ended the season just two weeks later with a 92-66 district quarterfinal loss at Columbia Academy. Mason scored 27 in that game, just eight days after he scored 40 in a 69-66 loss to the Bulldogs – the district’s No. 2 team.

“It’s been a roller coaster, really,” coach McKnatt said. “It’s like life, though, where you face adversity, have struggles and good times and in the end, you learn from it all.

“I’m so thankful for this time. I don’t know if that’s really hit me even yet, that this part is over. I’m truly going to miss those mornings in the gym.”

Mason hopes he and his dad have left a legacy of hard work – something coach McKnatt can continue to carry on at GCA.

“It has been cool to help build a strong foundation for what’s to come for GCA athletics and GCA basketball,” Mason said. “I know a bunch of middle school kids come to our games and see the work … I hope it has planted the seed for them and they can take this program to the next level.”